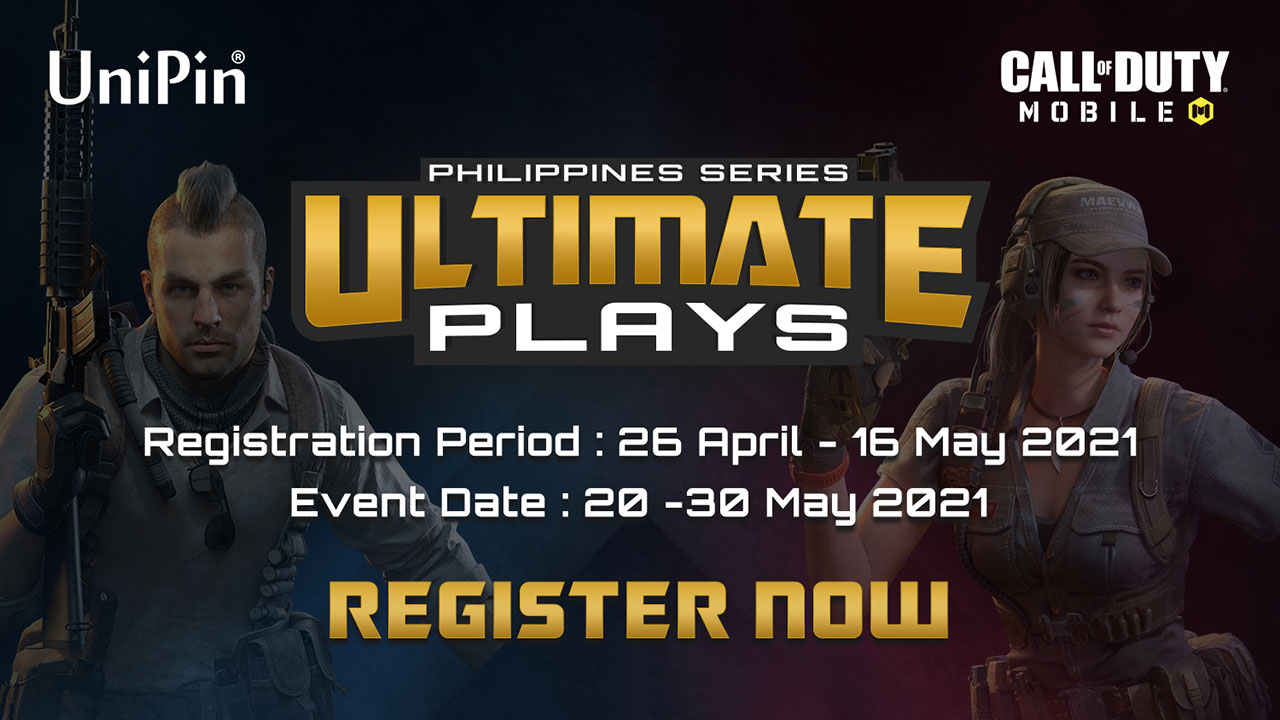 UniPin Philippines has announced that it will be hosting its Ultimate Plays tournament series in the country with the popular mobile game Call of Duty: Mobile as its featured esports title.

“The eSports tournament series featuring the hit shooter with over 100 million downloads will be the first of many more tournaments to come; Filipino gamers can rejoice as this signifies that there will be more battle arenas in the future for them to show off some jaw-dropping skills,” stated Debora Imanuella, the Senior VP of Community. “More than just being an epic showdown between top local CODM teams competing against one another, it serves as a path for gamers across Philippines to realize their dreams in eSports.”

The COD: Mobile tournament series will be separated into male and female categories with 32 of the country’s top teams competing for the total prize pool of PHP 20,000. Teams that are interested in joining the tournament can register for a spot at either https://kalaro.gg/ui/tournaments/65 (female) and at https://kalaro.gg/ui/tournaments/66 (male). The registration period will be held from April 26 to May 16, 2021.

“At UniPin, we always work to unify gaming. As more Filipinos today game in one form or another, I hope the addition of more eSports events will push eSports in the Philippines to the next level; and help us unite Pinoy and Southeast Asian gamers into the UniPin community,” remarked Cynthia David, Country Manager of UniPin Philippines.