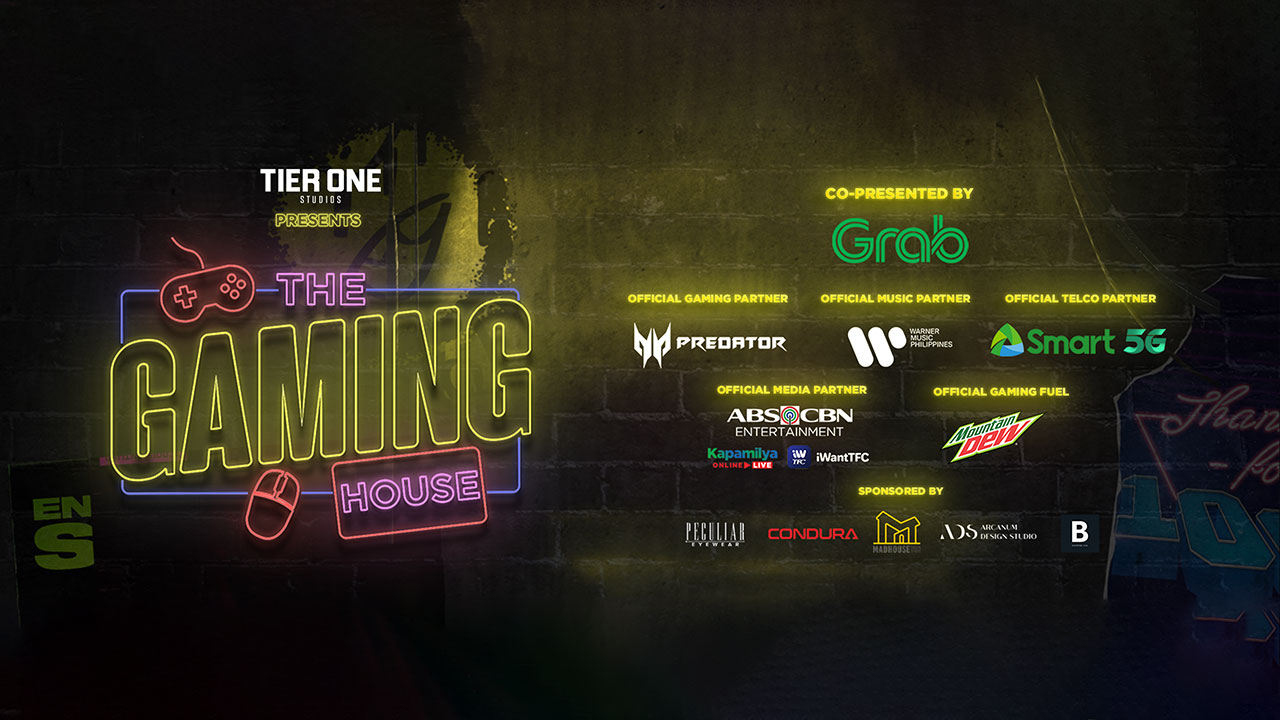 Tier One Entertainment Announces The Gaming House Partners and Sponsors

“As we move closer to our goal of being Asia’s premier Esports and Gaming Entertainment destination, we are incredibly proud and grateful for both long-standing and recent partners that have joined us in this new adventure to find the next Tier One talent. While launching a new quest both in-game and IRL could be trepidatious to some, it has been comforting to know that you’re on this journey with us. We’re excited for what’s to come and thrilled to unveil the next top tier talent in The Gaming House.” – Joanne Llavore, Chief Commercial Officer

To be more specific, Grab will The Gaming House’s main presenter while ABS-CBN will be the show’s official media partner and will air its episodes on both Kapamilya Online Live as well as iWantTFC. The rest of the official partners include Warner Music, Acer Predator, Smart Communications, and Mountain Dew. The rest of the brands, including Condura, IKEA, Peculiar, Madhouse Design, Arcanum, and B Coffee will be sponsoring the show in one way or another.

“We cannot stress how honored we are to have this many trusted brands believe in our vision, especially with a show concept as experimental as this. When we started Tier One I said brands who didn’t pay attention to the digital shift would be left behind. But with The Gaming House, it’s clear that the best brands are paying close attention to the video game industry these days,” said Tier One Entertainment CEO Tryke Gutierrez.

Tier One Entertainment has yet to announce when the premiere episode of the The Gaming House will be released as the auditions are still ongoing. More information on The Gaming House can be found on the official Facebook page.

The Gaming HouseTier One Entertainment