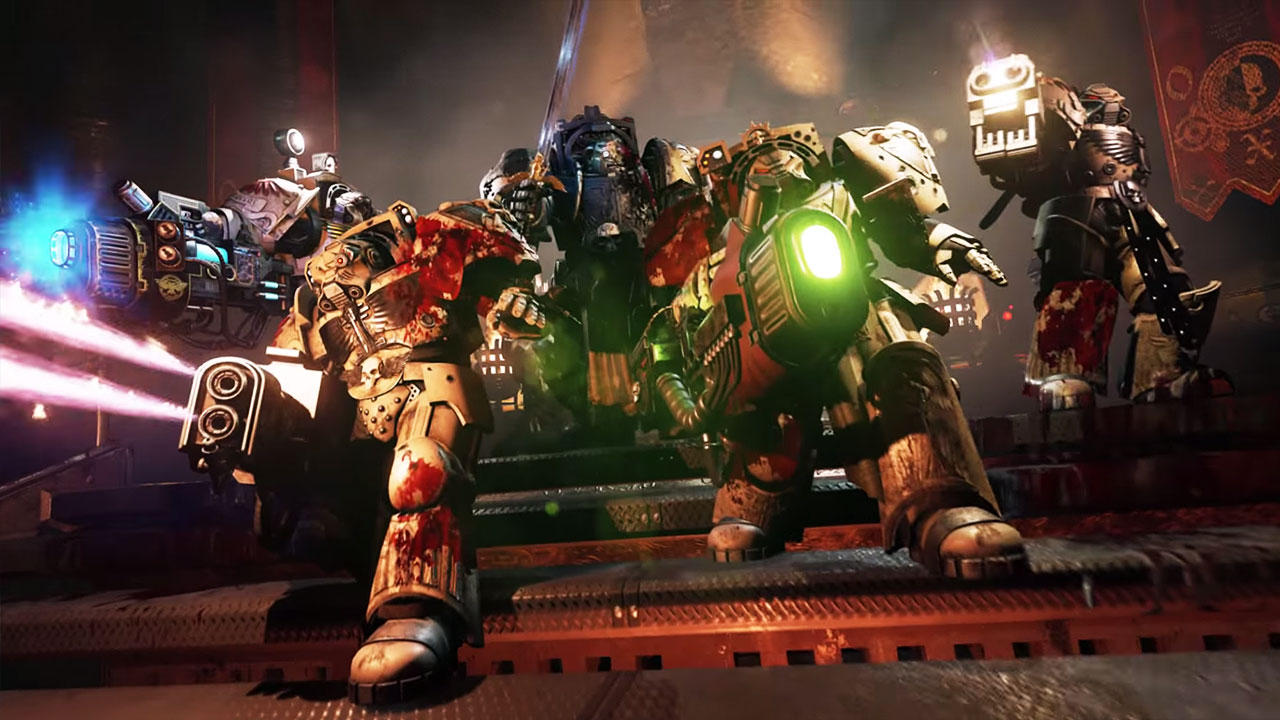 Things Get Bloody in the Latest Space Hulk: Deathwing Trailer

The latest trailer for the upcoming Space Hulk: Deathwing first-person shooter from Focus Home Interactive and Streum On Studio has been released and shows off both the game’s main protagonists and antagonists – the Imperium of Man’s Terminators and the Xenos’ Genestealers. The trailer also shows some of the weapons you’ll see in the game to battle the ‘filthy Xenos scum’.

Based off of Games Workshop’s Space Hulk boardgame set in the Warhammer 40K universe, Deathwing puts you in the role of a Librarian from one of the Space Marines’ most ‘secret and feared’ companies – the Deathwing from the Dark Angels – donning a full suit of the highly revered Terminator Armor as you traverse the ruins of a Space Hulk whilst battling hordes of Genestealers.

The trailer is all made in-engine on Unreal Engine 4 and the full game will be released sometime this year for both PC and console.