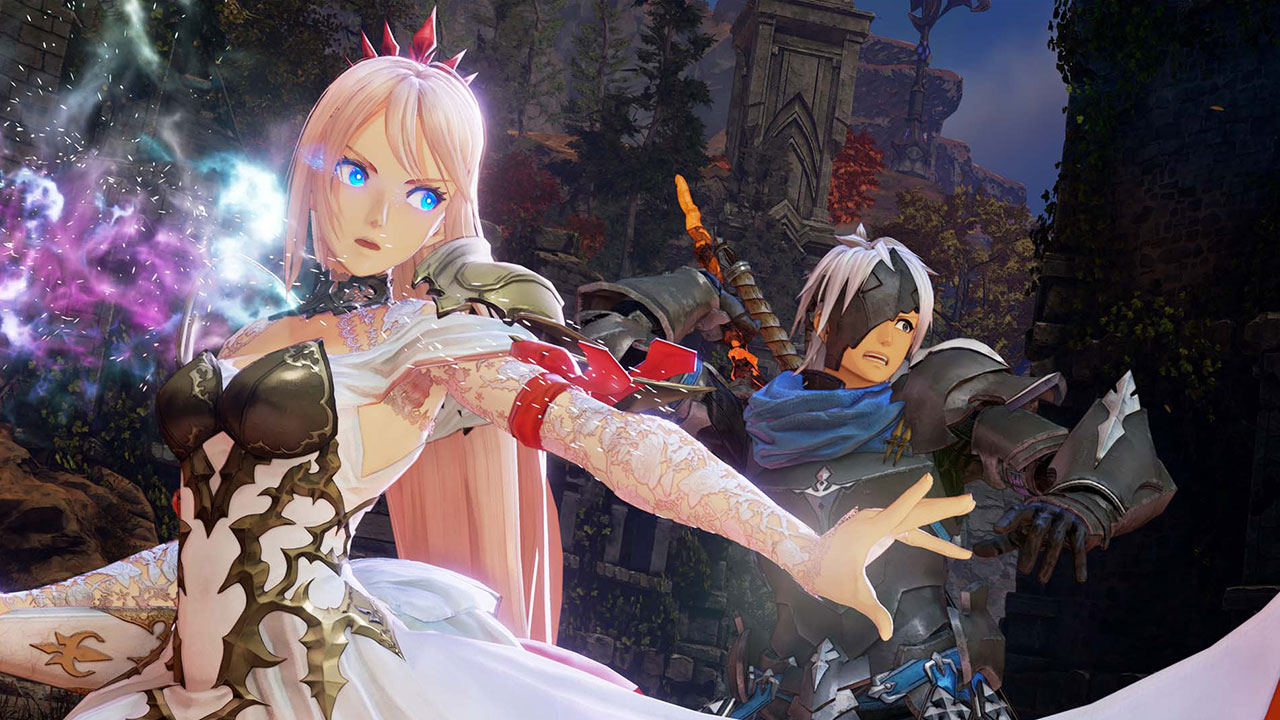 The release date of Tales of Arise has been officially announced by publisher Bandai Namco Entertainment. The latest entry in the long-running Tales series will be available on September 9, 2021, for the PlayStation 4, PlayStation 5, Xbox One, Xbox Series X/S, and September 10, 2021, for PC via Steam in Southeast Asia (Singapore, Malaysia, Thailand, Philippines and Indonesia). Bandai Namco Entertainment also unveiled the game’s array of special editions that will be available for fans in Southeast Asia as well as several new trailers for the upcoming title.

“We want Tales of ARISE to represent a new milestone for the Tales of franchise,” said Yusuke Tomizawa, Producer on Tales of ARISE, BANDAI NAMCO Entertainment Inc. “The game has a new artistic direction, making the most out of the Unreal Engine and our newly developed “Atmospheric Shader” to push the graphics quality, and make players feel like they are in a painting. With a story that is more mature and hits on more essential themes than previous games we hope players will be fully immersed in Alphen and Shionne’s journey. We can’t wait for you to be able to play the game later this year.” 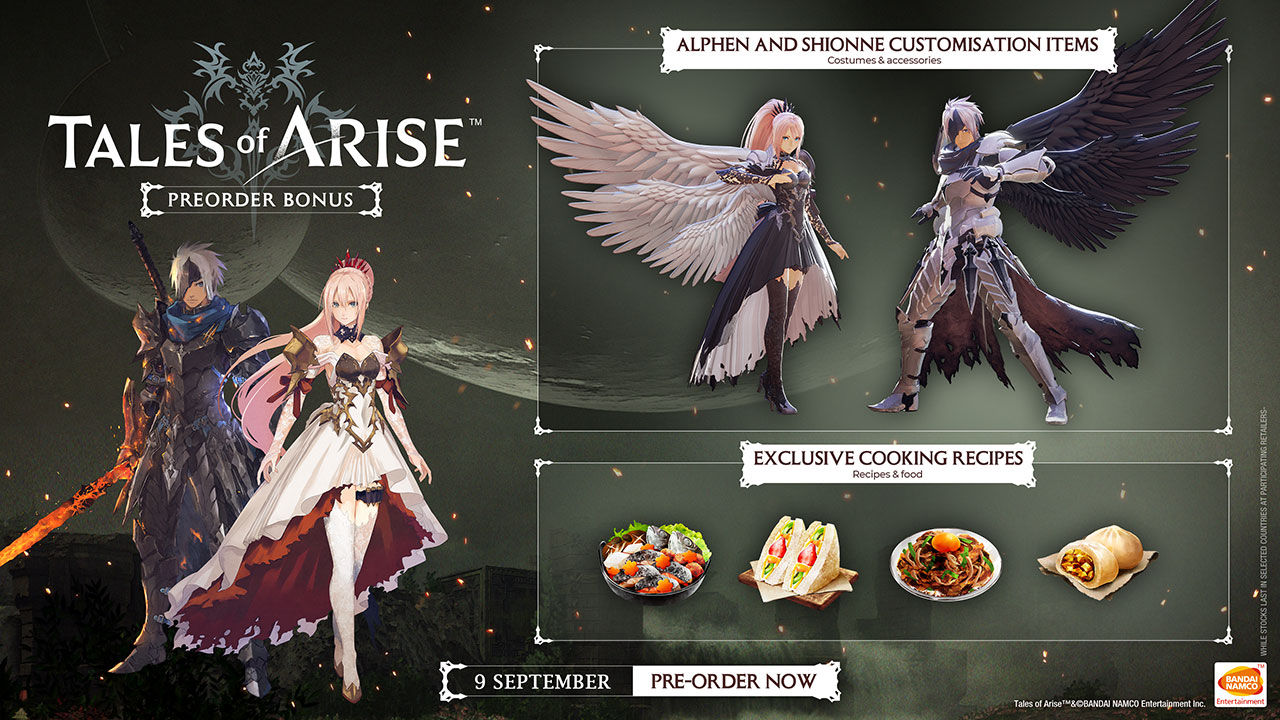 Firstly, all pre-orders and Day-1 retail package versions of the game will also receive a new costume for Alphen and Shionne as well as outfit accessories and new cooking recipes and ingredients. 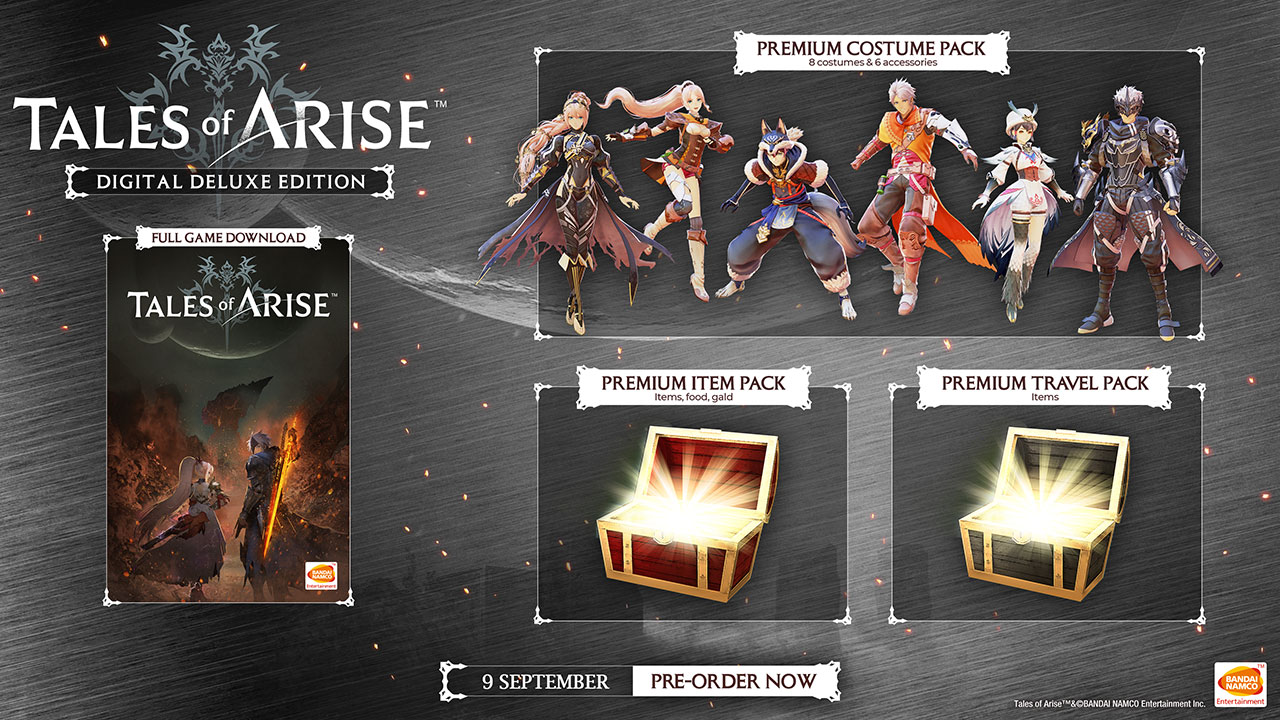 Tales of Arise will be available digitally in either a Deluxe or Ultimate edition. The Deluxe Edition will include the following items: 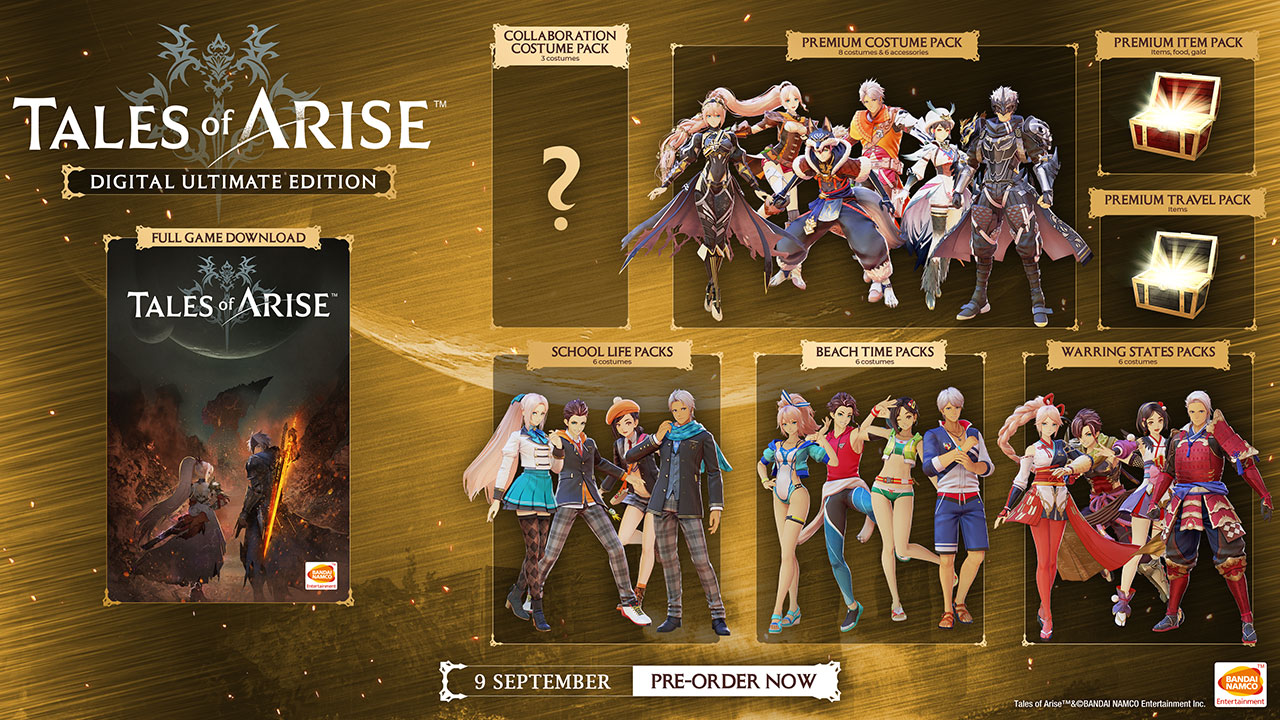 As for the Ultimate Edition, it will include all the items from the Deluxe Edition as well as several new costumes including ones made in collaboration with other Bandai Namco Entertainment franchises. 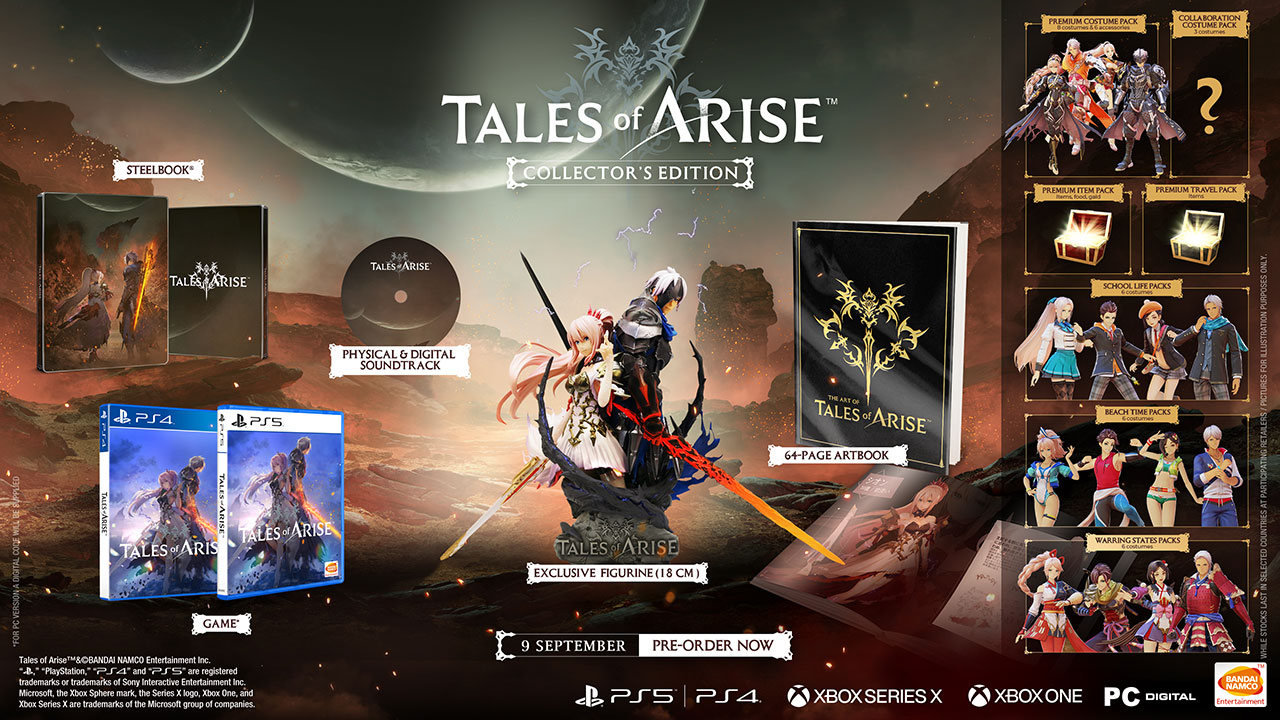 There will also be two physical editions of the game available. The first one will be the Collector’s Edition and will include all the content as the Ultimate Edition along with an exclusive figurine, a steelbook case, an artbook, and the game’s soundtrack. 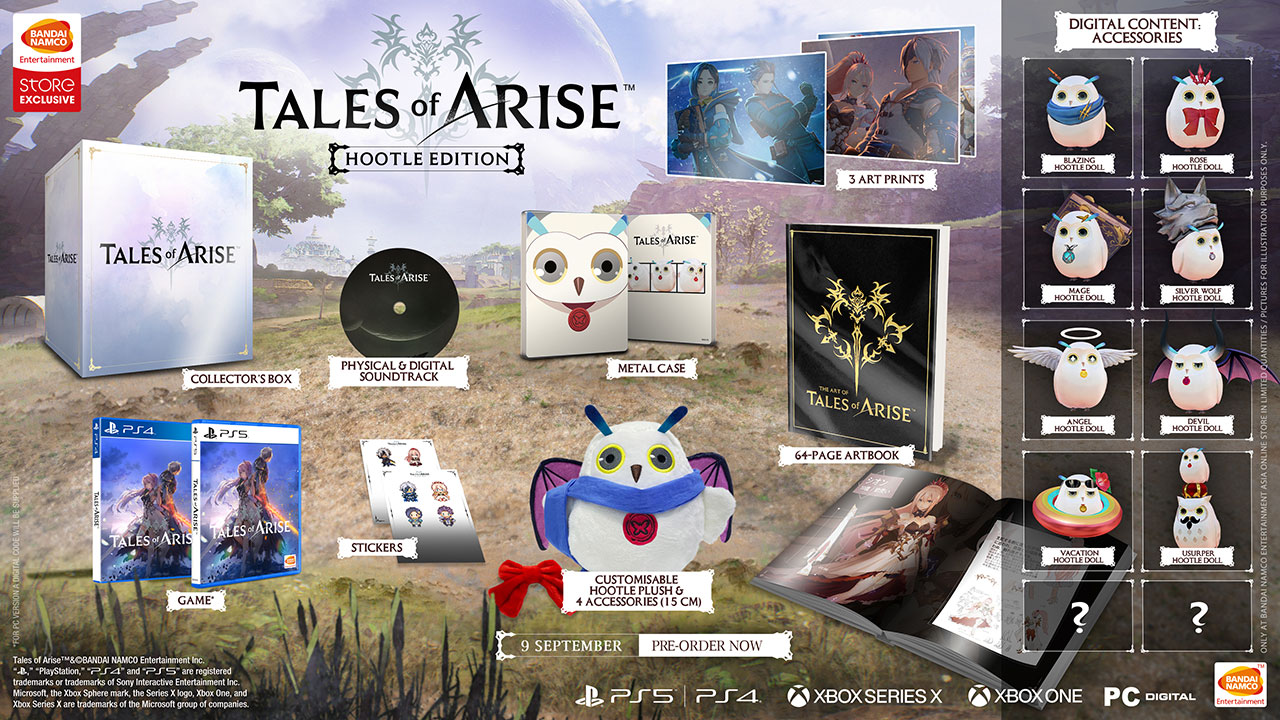 The second physical edition of the game, the Hootle Edition, will be exclusively available in limited quantities on the Bandai Namco Entertainment Asia online store. Available at a later date after the launch of the game, it will include a metal case, an artbook, the game’s soundtrack, a 15cm Hootle plush with four accessories, stickers, prints, and Hootle DLC for the game.

Tales of Arise will be available on September 9, 2021, for the PS4, PS5, Xbox One, Xbox Series X/S, and September 10, 2021, for PC via Steam in Southeast Asia (Singapore, Malaysia, Thailand, Philippines and Indonesia).