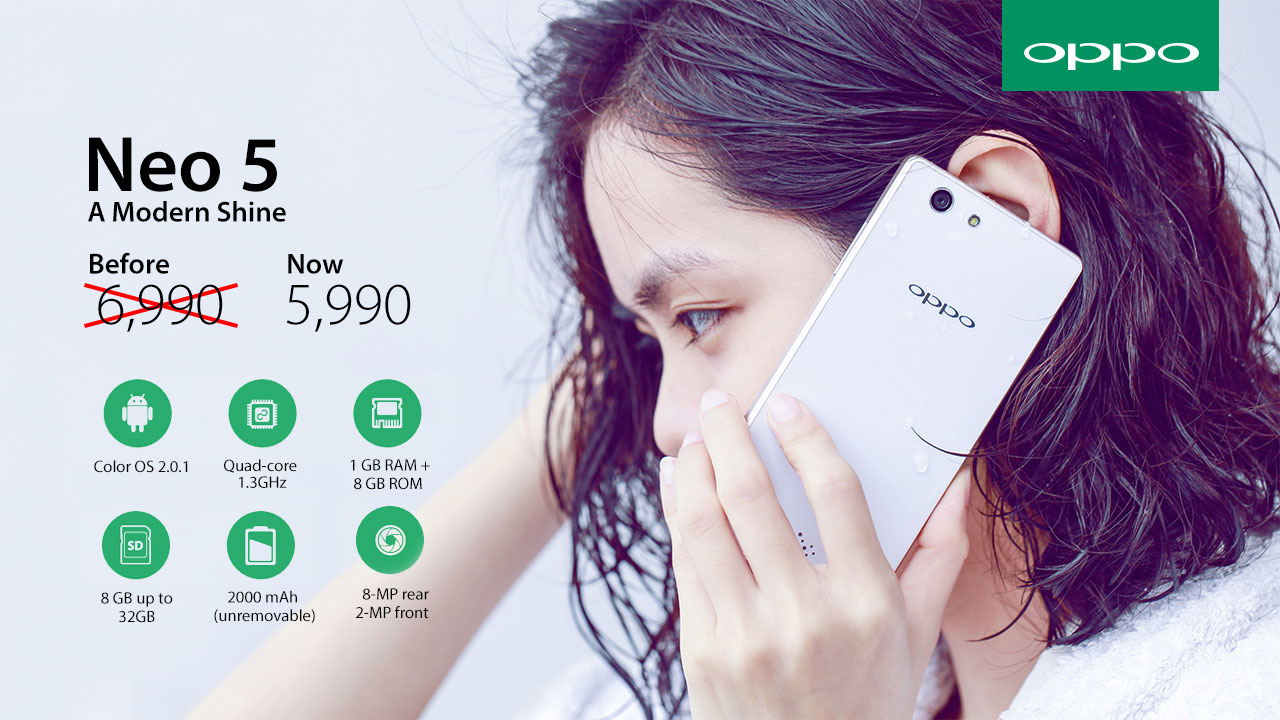 If you’re in the market for a budget smartphone, you might want to consider the OPPO Neo 5 which is now only priced at Php5,990 after the company marked its price down from its original price of Php6,990.

The Neo 5 was one of three flagship phones the company launched last year. It features a double-layer metallic frame design which gives it a thinner yet tougher body with improved heat dissipation. It also features a reflective back cover which gives it a smoother and more natural appearance and feel.

The OPPO Neo 5 is available at select retail partners as well as official OPPO stores and kiosks.