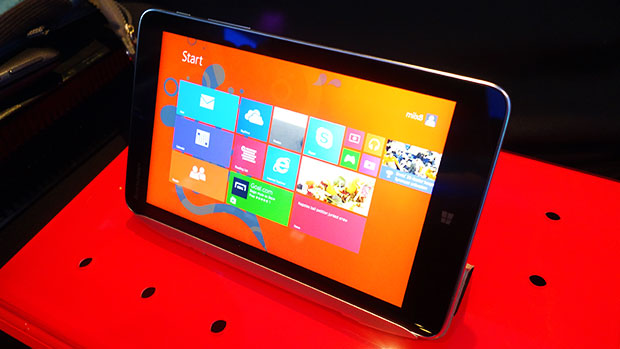 Lenovo has officially launched its Miix 2 line of Windows 8.1-powered tablets into the market with the new consumer tablet line’s 8-inch and 11-inch models.

The front of the tablet features the Miix 2’s 8-inch HD 1280 x 800 IPS multi-touch display and a 2-megapixel front camera. You’ll find an 8-megapixel cam and stereo speakers at the rear of the tablet and a slew of buttons, ports, and latches for hidden slots at its sides – a power button, a volume rocker, a micro-USB port, a microSD slot, and a micro SIM slot for 3G connectivity. Additional connectivity via Bluetooth 4.0 and WiFi is also available on the Miix 2. A 3.5mm audio combo jack can also be found on the tablet’s top side. 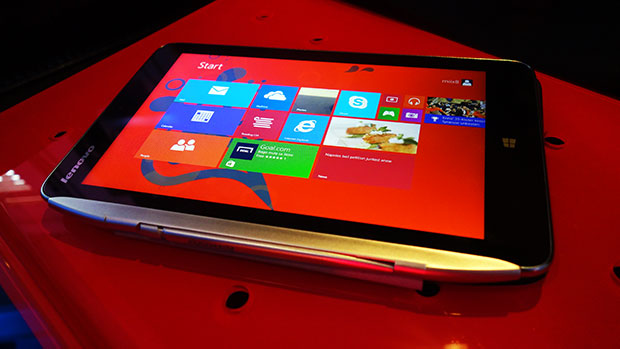 Because of its later release, Lenovo didn’t share much info on the 11-inch variant of the Miix 2 but they did tell us that it’ll feature a 4th gen Intel Core i5 processor, up to 256GB of SSD storage, and a 1920×1200 HD IPS display. The 11-inch Miix 2 will also come with a keyboard base that will give us multiple methods of using the the Miix 2 including a laptop and stand mode.

The Miix 2 line was originally revealed late last year with the 8-inch Miix 2 while 10 and 11-inch Miix 2 models were announced earlier this year at CES 2014. In the Philippines, Lenovo is only bringing in the 8 and 11-inch models at least for now.

The Miix 2 8-inch model will start showing up on store shelves by the end of the month with an estimated price og Php21,999 while the 11-inch model will be available sometime in April of this year for around Php47,990. 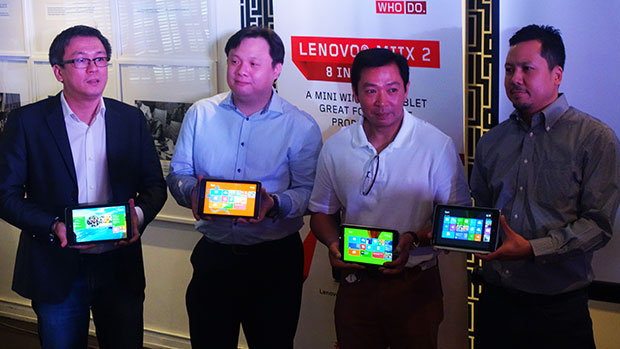 Lenovo and Microsoft executives showing off the 8-inch Miix 2 tablet.

Battery: Up to 7 hours