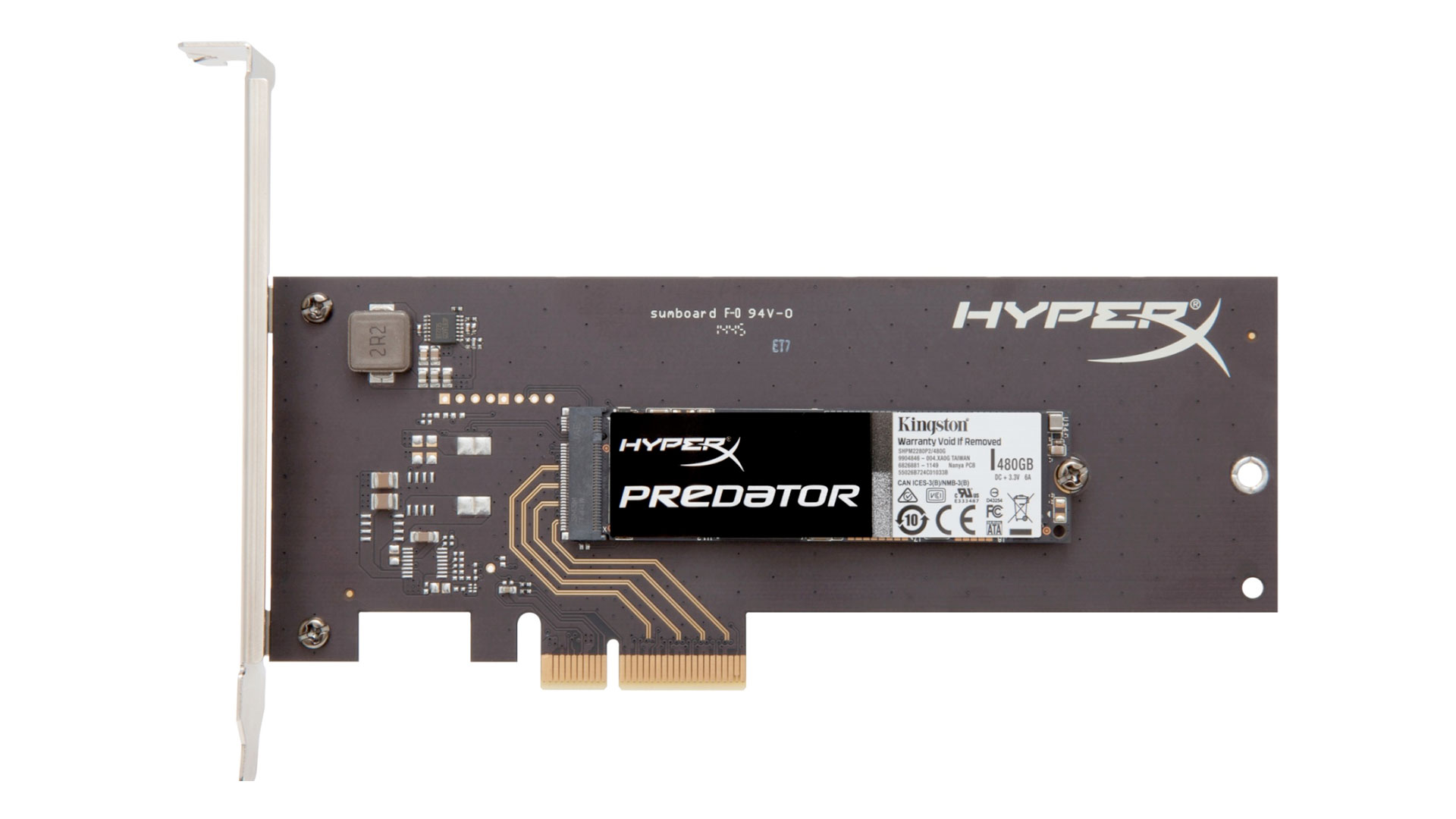 HyperX, the gaming division of Kingston, has released a new high-performance PCIe SSD which joins their high-end Predator line of computer components. The M.2 form factor SSD  uses a PCIe Gen 2.0 x4 interface as well as a Marvel 88SS9293 controller and achieves read/write speeds up to 1400MB/s 1000MB/s, respectively. The new Predator PCIe SSD will be available in either 240GB or 480GB capacities.

An optional half-height, half-length (HHHL) adapter will also be made available for those this motherboard that don’t have an M.2 socket available. The adapter will come with both standard and low-profile brackets to fit an array of different desktop builds.

HyperX has not officially announced when the new Predator PCIe SSD will be locally available and no information on pricing has also been released but we’ll keep you posted if there are any updates. We’ve attached the full specifications of the new SSD below for your reference.