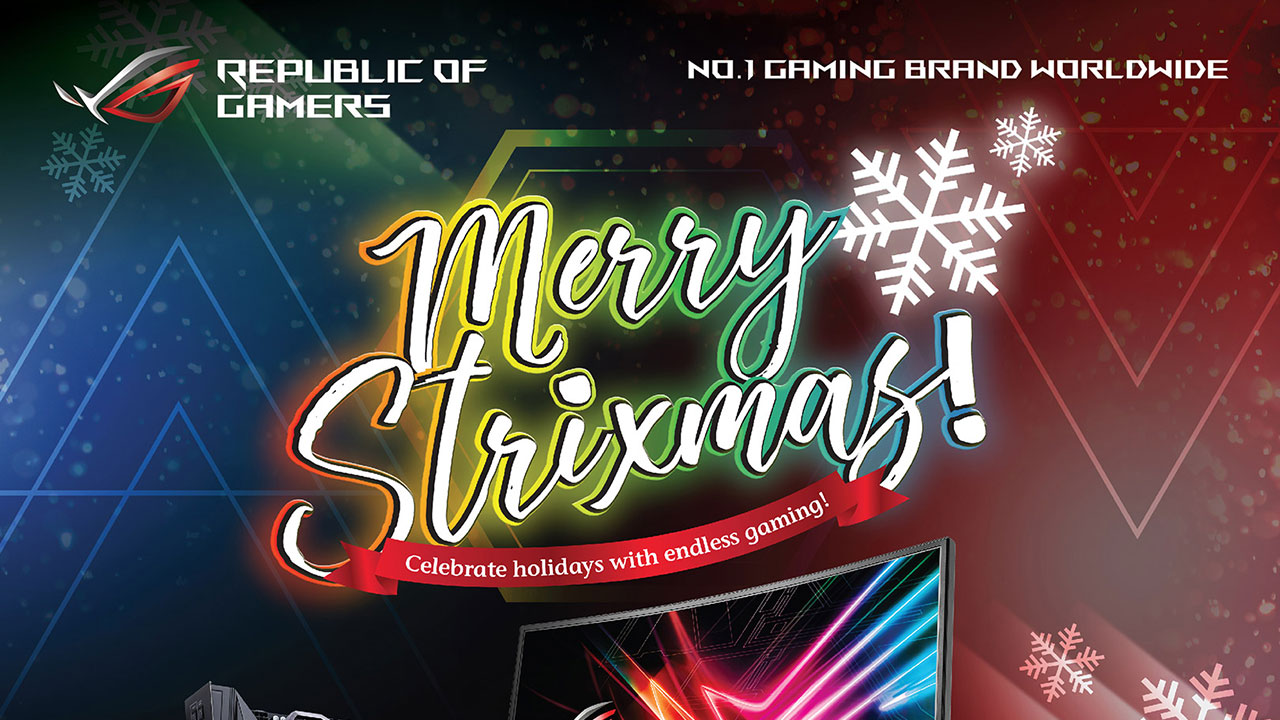 Get more for your gaming purchase this holiday season as ASUS has officially launched its Merry Strixmas promos which bundles premium ROG items when gamers purchase select ROG products. ASUS is also giving away copies of both Overwatch and PlayerUnknown’s for those who purchase two different ROG component products.

The ASUS ROG Merry Strixmas promo will run from November 20, 2017 to December 19, 2017, which gives customers more than enough time to get their hands on both ROG products and ROG items. 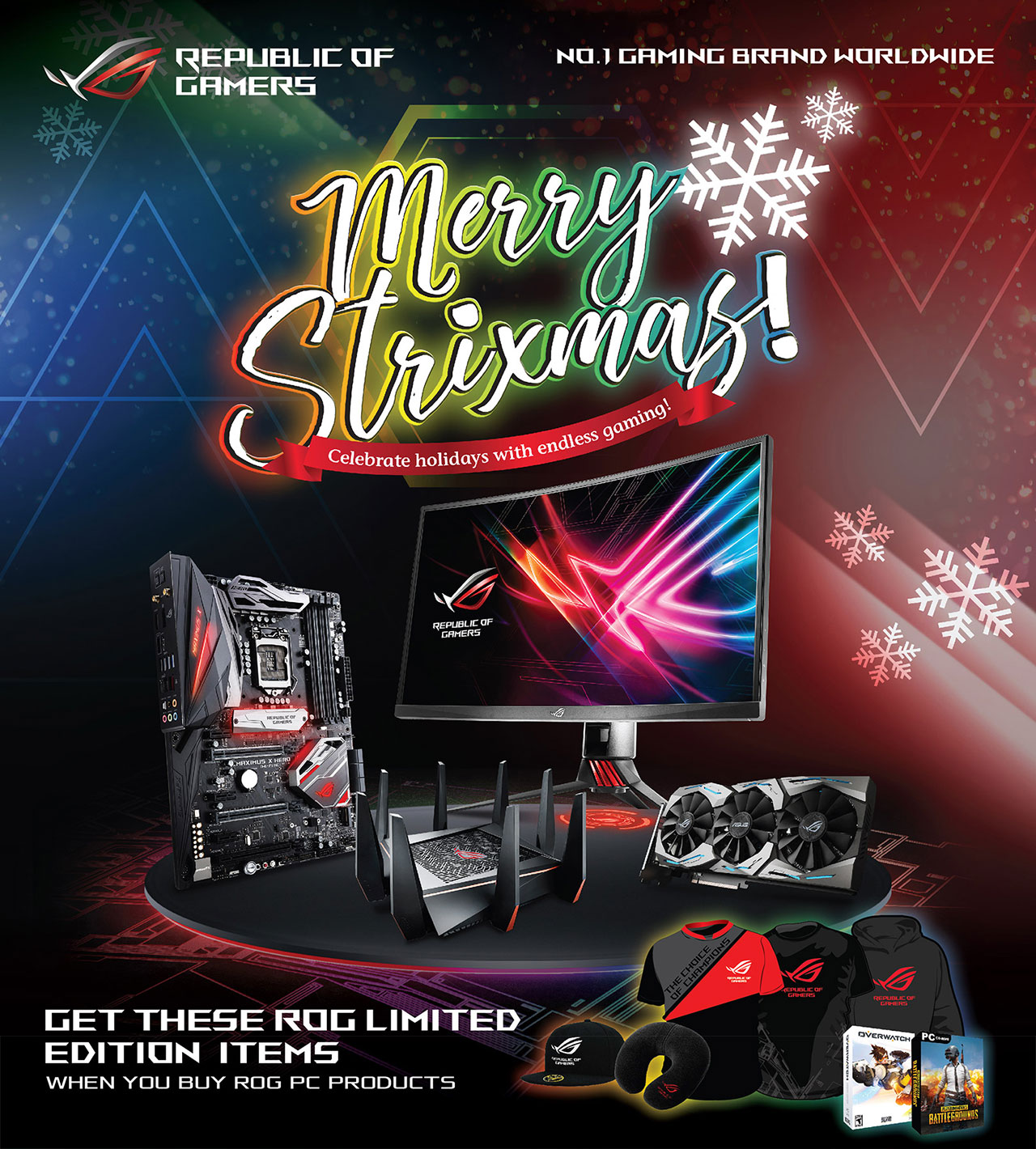 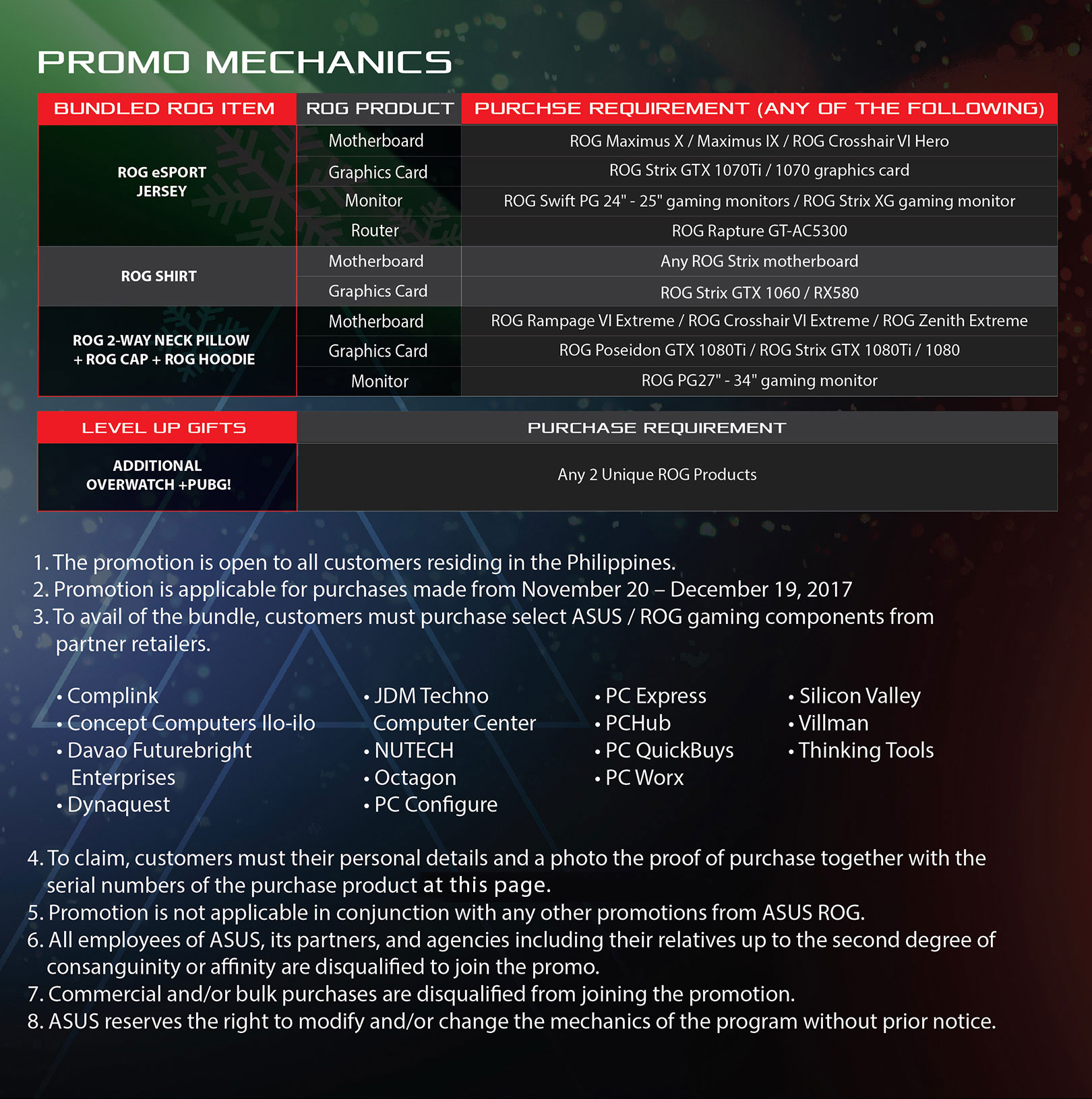