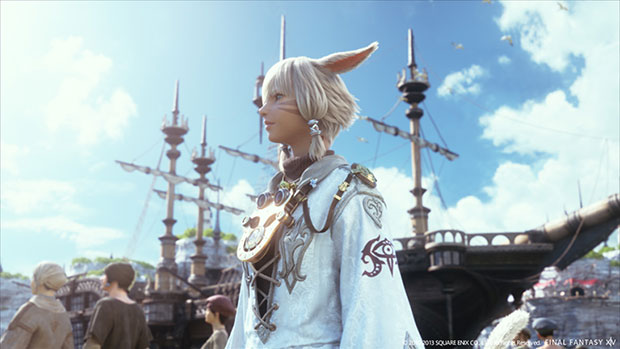 Final Fantasy XIV: A Realm Reborn will finally come to the Playstation 4 in April 2014, Square Enix has recently announced. The game was released on PC and PS3 back in August and has since reached over 1.5 million registered players.

Square Enix will conduct an open beta phase for the PS4 version of A Realm Reborn on Feb. 22, 2014. The same date as the PS4’s release in Japan. The open beta will be open to all players worldwide.

A Realm Reborn players on the PS3 will be able to upgrade to the PS4 version of the game as well as transfer their characters and other account data for free. No exact date for when they’ll make upgrades and transfers available has been announced but we assume that it will either come before the or coincide with the launch of the PS4 version.

The first major patch of Final Fantasy XIV: A Realm Reborn, Patch 2.1, is scheduled for launch later this month on December 17th which will add many new features and dungeons to Square Enix’s rapidly growing MMORPG.