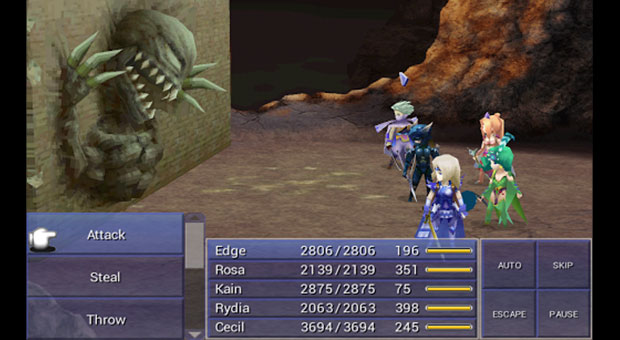 Square Enix has now made Final Fantasy IV available on Android through Google Play for Php755.80.

The touch-screen updated version of the 1991 released fourth installment of the Final Fantasy series also features new enhancements which include voice acting for cut scenes, the ability to start with a completely blank dungeons map, and a jukebox for listening to the game’s soundtrack.

Final Fantasy IV was the first title to introduce the Active Time Battle (ATB) system, which has become synonymous with the series. It also saw the introduction of the Augment system, which enabled the transfer of abilities from other characters.

Final Fantasy IV requires Android 2.3.3 (Gingerbread) and can be purchased through Google Play.