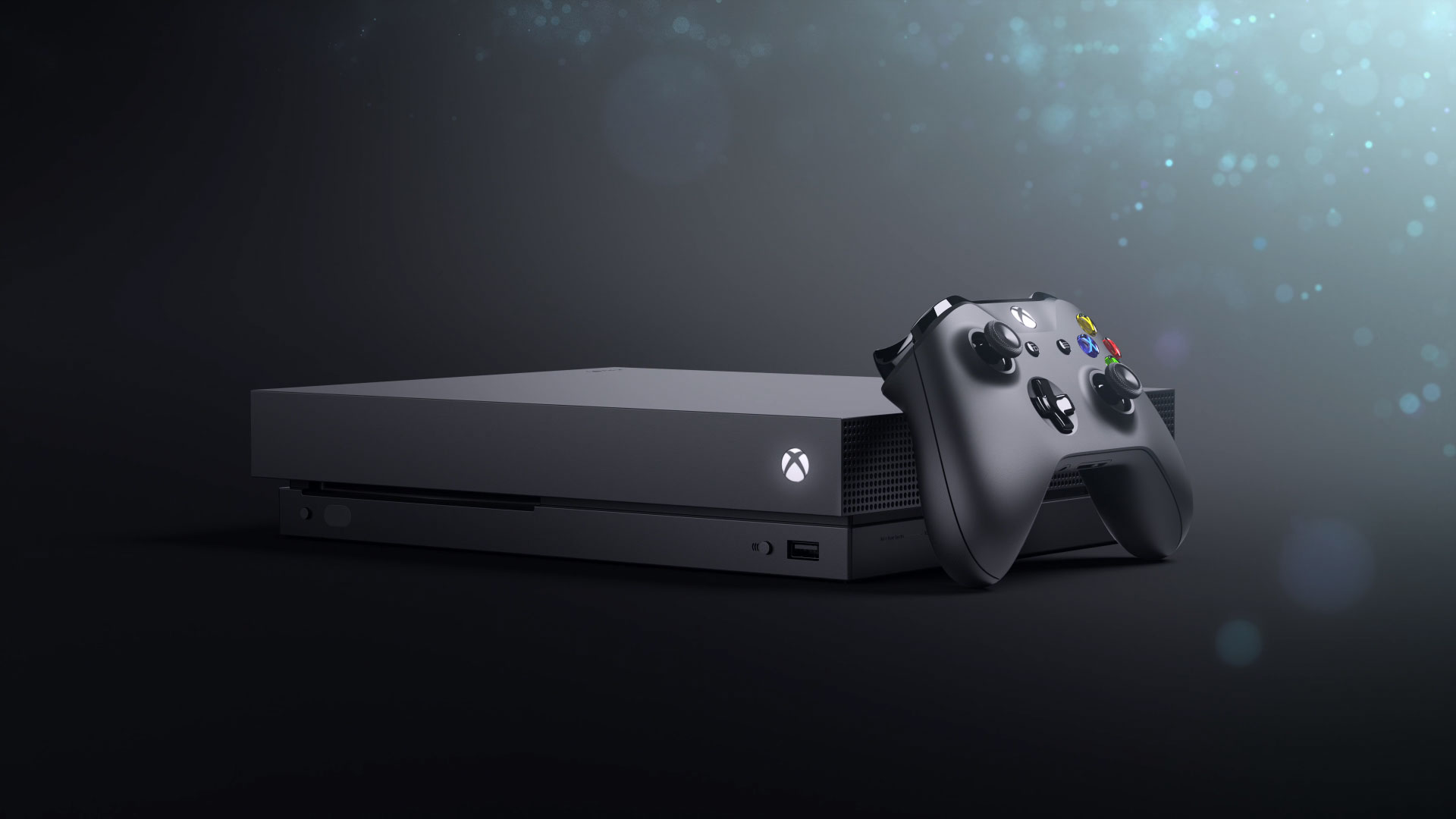 As expected, Microsoft kicked off its E3 press conference with the unveiling of its new console, the Xbox One X. The new console is said to be “the most powerful console ever made” and is “40% more powerful than any other console.”

The Xbox One X will support True 4K as well as 4K UHD playback and its temperature will be managed by a liquid-cooled Vapor Chamber, a first for a gaming console. The Xbox One X is also the smallest Xbox ever and will support all previous Xbox One accessories & games.

Right after showing off the Xbox One X, Microsoft officially announced the next iteration in its long-running Forza franchise, Forza Motorsport 7, which will run at True 4K and 60fps on the Xbox One X.

Forza Motorsport 7 will also be the first game in the franchise to allow players to personalize their appearance with a massive race gear collection that includes hundreds of options from different eras of racing and pop culture history.

Forza Motorsport 7 is scheduled for released on October 3, 2017. on the Xbox One and Windows 10 PCs via Xbox Play Anywhere. Those who purchase the game’s special editions, including the Deluxe and Ultimate editions, will get early access to the game on September 29, 2017.

Metro: Exodus, the latest entry into the Metro franchise, was also announced at the Microsoft E3 press conference. The new game takes players away from the tunnels of Moscow and into the wilderness of Russia.

In Metro Exodus, Artyom and a band of survivors must flee the shattered ruins of the Moscow Metro and embark on an epic, continent-spanning journey across the post-apocalyptic Russian wilderness. Explore vast, non-linear levels, lose yourself in an immersive, sandbox survival experience, and follow a thrilling story-line that spans an entire year in the greatest Metro adventure yet.

Based on the trailer, it looks like the game still keeps some of the survival elements found from the previous games including scrounging for remains for ammo and supplies, and at least one of the weapons players will be able to wield in the game include a crossbow.

Metro: Exodus is scheduled for release sometime in 2018. No launch platforms were mentioned during the announcement as well as any news of it being an Xbox One exclusive so we’ll have to wait and see which platforms the game will launch for.

In Assassin’s Creed Origins, the action takes place in Ancient Egypt, the most mysterious place in history, during a crucial period that will shape civilization. Playing as Bayek, a protector of Egypt whose personal story will lead to the creation of the Assassin’s Brotherhood, players will plunge into a living, systemic open world, and discover the secrets behind the Great Pyramids, forgotten myths, the last pharaohs, and – engraved in long-lost hieroglyphics – the origin story of the Assassin’s Brotherhood.

Assassin’s Creed Origins will be released on October 27, 2017, for the Xbox One, PlayStation 4, and PC.

PlayerUnknown’s Battlegrounds developer  Brendan Greene also took the stage at Microsoft’s E3 press conference to announce that his game, one of the fastest-rising games on PC, will launch on the Xbox One later this year as a console exclusive.

He announced that not only is PUBG coming to the Xbox One, it will also receive Xbox One X-exclusive enhancements. The game is currently in Early Access on Steam and is currently the best-selling title on the platform.

Another Steam Early Access game, Deep Rock Galactic, is also making its way to the Xbox One later this year as a console exclusive. The game, developed by Ghost Ship Games, is a first-person co-op shooter that supports of up four players.

Players take on the role of an elite team of dwarves that have to explore, mine, and fight their way through dangerous cave systems to complete missions for interplanetary mining corporation Deep Rock Galactic.

The game features a class system as well as procedurally generated and fully destructible environments, among other things. It is set for release later this year for the Xbox One and, possibly, the PC.

A gameplay trailer for State of Decay 2 was also announced at the Microsoft E3 press conference, the sequel to the 2013 open-world multiplayer zombie survival game was originally announced last year at E3 2016.

State of Decay 2 is scheduled for release sometime in the Spring of 2018 for the Xbox One and PC.

The Darwin Project pits several players against each other in a wilderness battle royale, with each character featuring their own set of weapons and abilities.

The game will also features a good twist in that one player acts as the Director who can control elements of the battle, allowing him/her to possibly manipulate its outcome.

A release date was not announced for The Darwin Project.

A Super Duper Graphics Pack will also be coming to Minecraft to utilize the power of the Xbox One S. The update will add visual improvements to the game including dynamic shadows, lighting that streams through fog, movement in leaves and grass, new textures for mobs and villagers, directional lighting, edge highlighting, and more.

The update will be released for both the Xbox One and PC versions of the game sometime this fall.

Looking at the trailer, Dragon Ball FighterZ will feature a similar gameplay and graphical style to Guilty Gear as well as three-versus-three fights. The trailer also shows some of the iconic characters in the Dragon Ball franchise including Goku, Vegeta, Cell, Frieza, and Majin Buu.

Dragon Ball FighterZ is scheduled for release sometime in 2018 for the PlayStation 4, Xbox One, and PC.

Popular MMORPG Black Desert was also announced to be launching exclusively on the Xbox One sometime in early 2018. The game will receive a number of enhancements for the Xbox One S including 4K.

The Last Night & The Artful Escape

Microsoft also showed off two indie titles at their press conference –  The Last Night by Odd Tales and The Artful Escape by Francis Vendetti. Both games were previously announced for the PC and will now make their way to the Xbox One as well as console exclusive.

Microsoft also showed off a lengthy video showcasing gameplay for one of its biggest upcoming console exclusives, Sea of Thieves, which they originally announced back in 2015.

The 9-minute video shows off a ton of gameplay from the upcoming multiplayer shared-world title developed by Rare. The game gives a ton of important on cooperation and teamwork.

Originally set for release this year, Sea of Thieves will instead be launched sometime in 2018.

Tacoma from Gone Home developer FullBright was also present at the Microsoft E3 press conference where the release date of the upcoming title was announced to be on August 2, 2017.

Tacoma was first announced back in 2014 and will bring players aboard an abandoned space station where players are tasked to find out what exactly happened to its crew. The players will be accompanied by an AI partner and will be able to utilize an augmented reality system to help them uncover and experience the events that transpired at the station from different perspectives through the discovery of video and audio records.

As previously mentioned, Tacoma is scheduled for release on August 2, 2017, for the Xbox One and PC.

Oculus Rift launch title Lucky’s Tale is getting another game albeit outside of virtual reality as Microsoft also showed off Super Lucky’s Tale, a new side-scrolling 3D platformer starring the little fox.

Super Lucky’s Tale is scheduled for release on November 7, 2017, for the Xbox One and PC.

Microsoft also showed off a new trailer for Cuphead, a game they originally announced way back in E3 2014. The platformer features classic 1930s-style animation reminiscent of classic Disney cartoons.

Cuphead is finally coming out on September 29, 2017, for the Xbox One and PC.

The third major entry into the Xbox-exclusive sandbox franchise keeps many of the elements that made its predecessor, Crackdown 2, popular.

Crackdown 3 will be coming out on November 7, 2017, at the same time as the Xbox One X and will also be available for PC under the Xbox Play Anywhere program.

Microsoft also showed off a montage of many of its current and upcoming titles under its [email protected] program, which helps indie developers get their games into the hands of Xbox gamers.

Microsoft also showed off a new trailer for new action RPG entitled Ashen. It will be coming to the PC and the Xbox one as a console launch exclusive.

Ashen is an action role-playing game is about a wanderer in search of a place to call home. There is no sun, and the only natural light comes from eruptions that cover the land in ash. This is a world where nothing lasts, no matter how tightly you cling to it. At its core, Ashen is about forging relationships. Players can guide those they trust to their camp — together, you might just stand a chance.

Ashen was originally announced back in 2015 and features a semi-polygonal style visuals along with intense combat reminiscent of the Dark Souls franchise. No release date has been announced for the new game.

Life Is Strange: Before the Storm

A Life Is Strange prequel, called Before the Storm, was also announced during the Microsoft E3 press conference. The prequel is being developed by Deck Nine Games as DONTNOD Entertainment, the series’ original developer, is also currently busy working on the game’s sequel.

Life Is Strange: Before the Storm will feature three episodes with the first episode scheduled to come out on August 31, 2017. The new game will be available on the PlayStation 4, xbox One, and PC.

A new gameplay trailer for the upcoming Middle-earth: Shadow of War was also shown off that featured the game’s new and improved Nemesis system.

Ori and the Will of the Wisps

Ori and the Will of the Wisps, the sequel to 2015’s critically-acclaimed Ori and the Blind Forest was also announced at Microsoft’s E3 press conference. 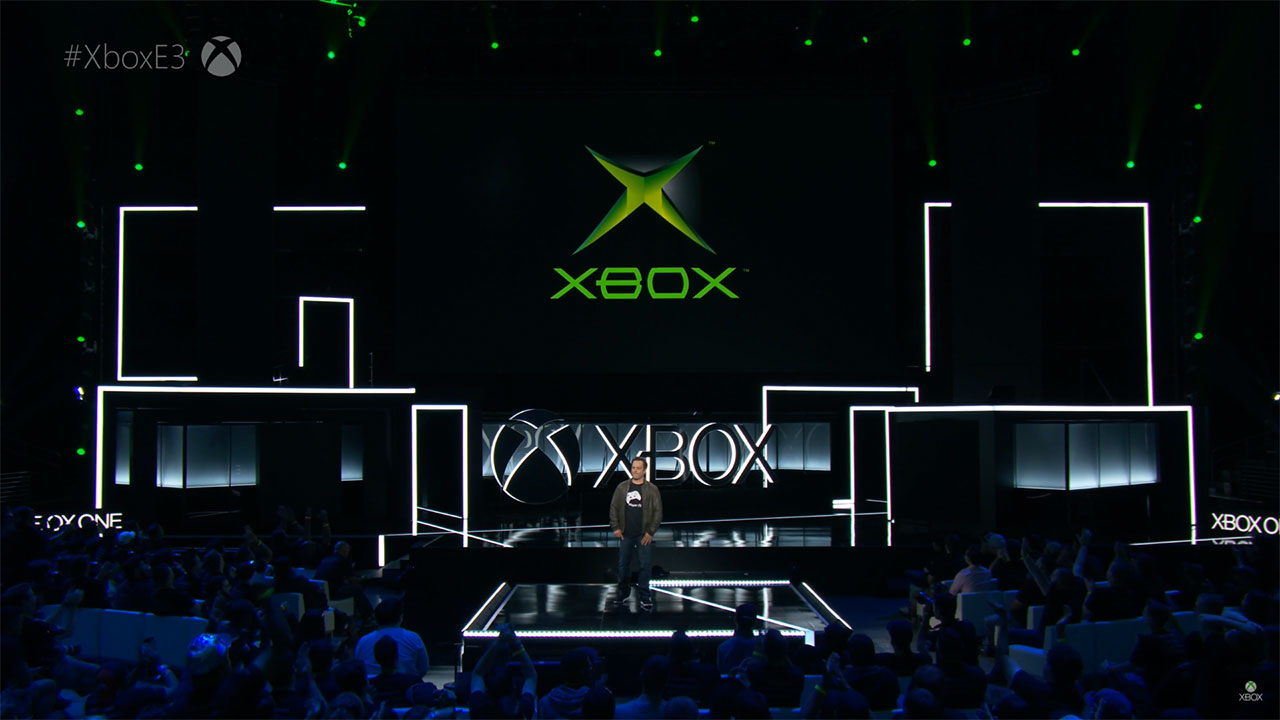 The new action game features both first-person and third-person gameplay as well as a focus on customizable exo-suits called Javelins. The game looks to feature both single-player and co-op multiplayer gameplay as well as RPG elements such as gaining XP points.

Anthem is scheduled to release for the PlayStation 4, Xbox One, and PC, sometime during the fiscal  year of 2019 which runs from April 2018 to March 2019.

That was a ton of announcements and trailers from the Microsoft E3 press conference. Which game are you looking forward to the most? Are you planning to picking up the Xbox One S? Let us know in the comments below.