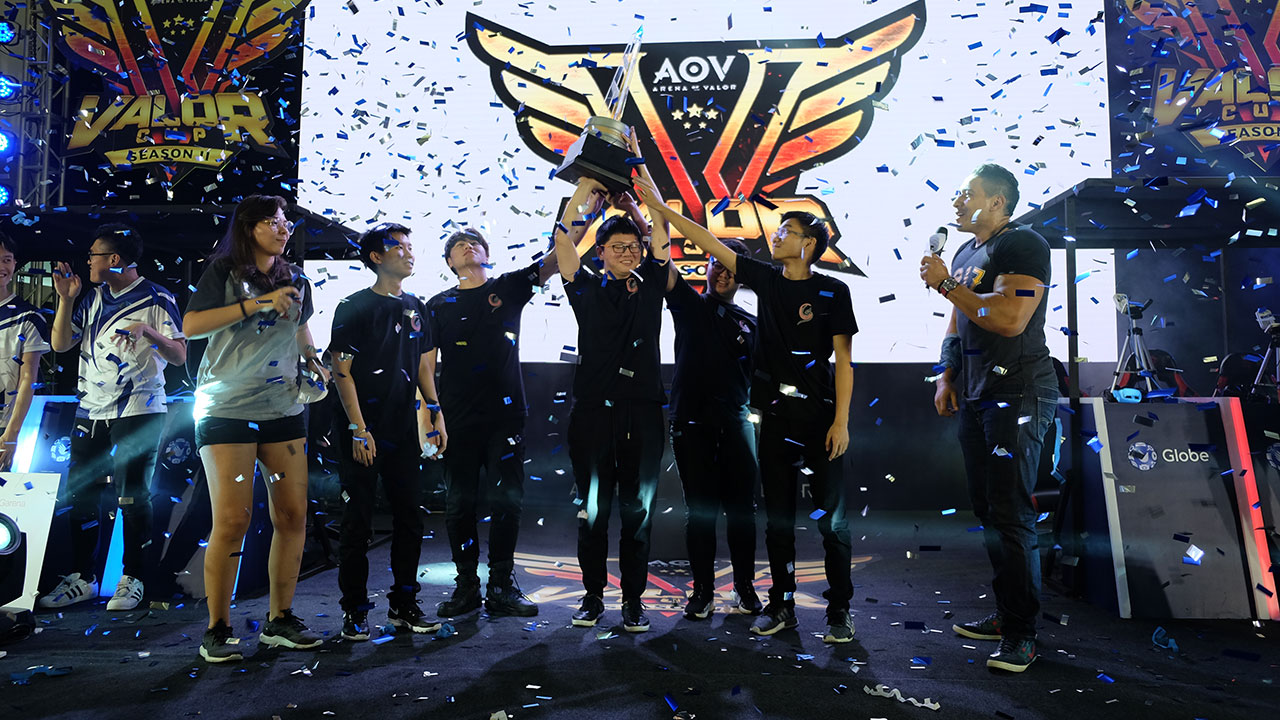 ClutchGuild to Represent the Philippines at the Arena of Valor World Cup (AWC) in Los Angeles, USA.

Two weekends ago, Garena held the Road to AWC Grand Finals at the SM Mall of Asia in Pasay City, Philippines, where the top three teams from the Philippines, Malaysia, and Singapore faced for the chance at competing at the Arena of Valor World Cup.

“In Garena, we are constantly working to elevate the ecosystem and shape the perception of gaming among the community. Working with keen partners, like Globe, who share our vision
helps accelerate the process and provides a platform for youths to be recognised at the international scene. Our success with the Valor Cups and Road to AWC has piqued the interest of industry players attune to eSports and we look forward to scaling our efforts,” said Mr. Jan Frederic Chiong, President of Garena Philippines.

The first of the two-day event had the top three teams from each country face off to determine which one would compete in the regional finals. ClutchGuild was able to best both Wil New Era and Bren Esports to become the Philippines national representative. Resurgence from Malaysia and Tamago from Singapore were also able to best their counterparts to become their nation’s respective competitors.

The three representatives from each nation then competed in a round robin series to determine the two teams that would head to the Best-of- 7 Road to AWC Finals. At the end of the day, ClutchGuild was able to defeat Tamago to become the Road to AWC Grand Finals Champion. Both teams will be heading to Thailand this month for an exclusive bootcamp with the representing teams from the other AOV regions before heading to Los Angeles in July for the Arena of Valor World Cup where a prize pool of USD 550,000.00 awaits them.