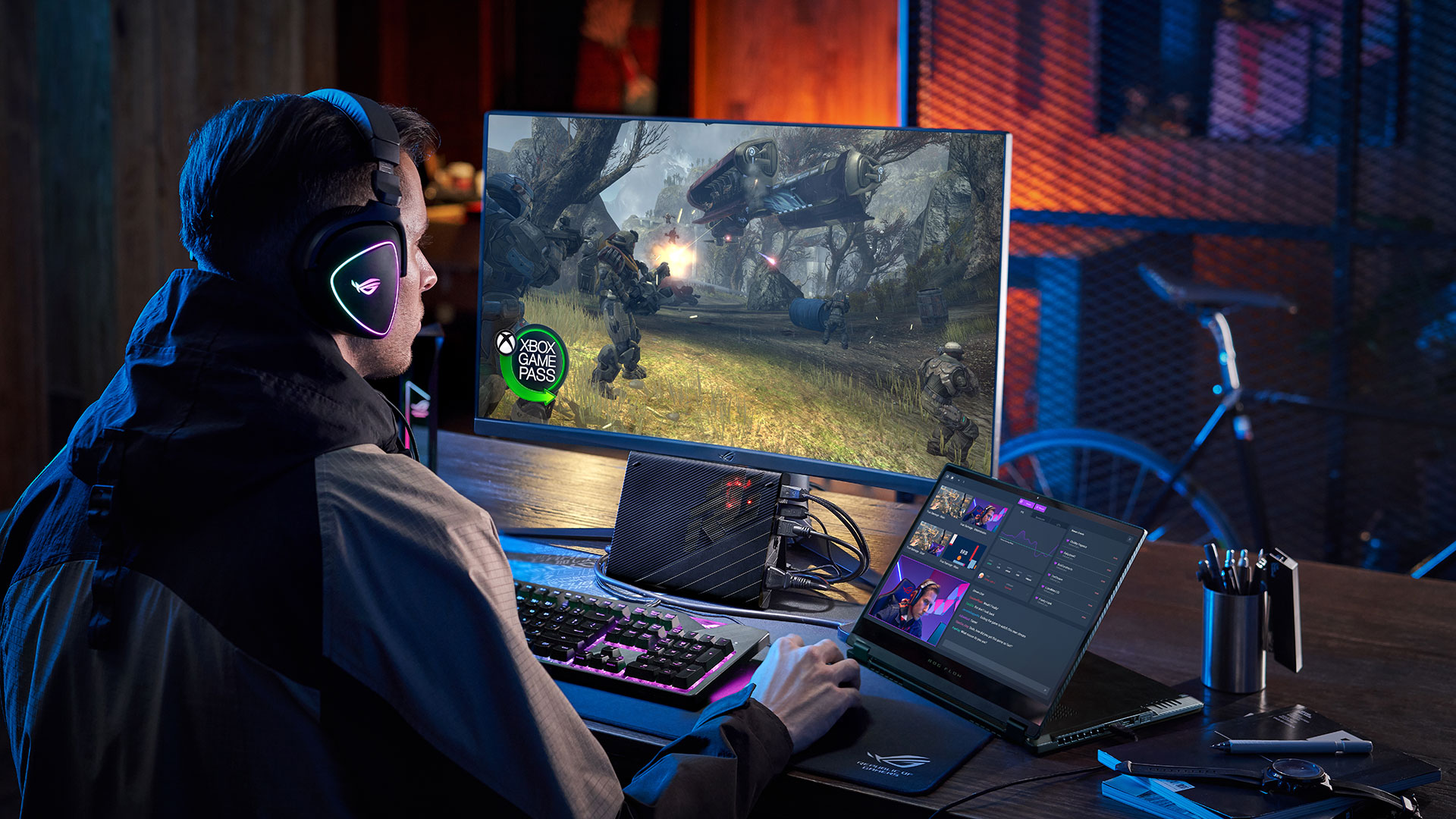 ASUS Philippines has officially launched its new ROG Flow X13 2-in-1 convertible gaming laptop in the country alongside the ROG XG Mobile external GPU dock. The company announced the launch of its two new devices several weeks ago but has now detailed the specs and pricing of the models that will be available in the Philippines.

“ROG is truly proud to be the first to deliver the latest top-of-the-line gaming products that are powered by the newest AMD 5000 CPUs and NVIDIA 3000 GPUs. With the ROG Flow X13 and the ROG XG Mobile added to our strong portfolio, we take innovation and gaming to new heights as we cater to the needs of on-the-go gamers and content creators, who rely on the very best hardware for their daily routine,” said George Su, ASUS Philippines Country Head.

Initially unveiled at CES 2021, the new ROG Flow X13 features a thin and light body coupled with a 13-inch 4K 60Hz touch display and a 360-degree hinge, allowing it to be used in several modes including the standard laptop mode, stand mode, tent mode, and tablet mode. The touch display of the ROG Flow is protected by Corning Gorilla Glass and works with compatible active stylus pens such as the ASUS Active Pen. 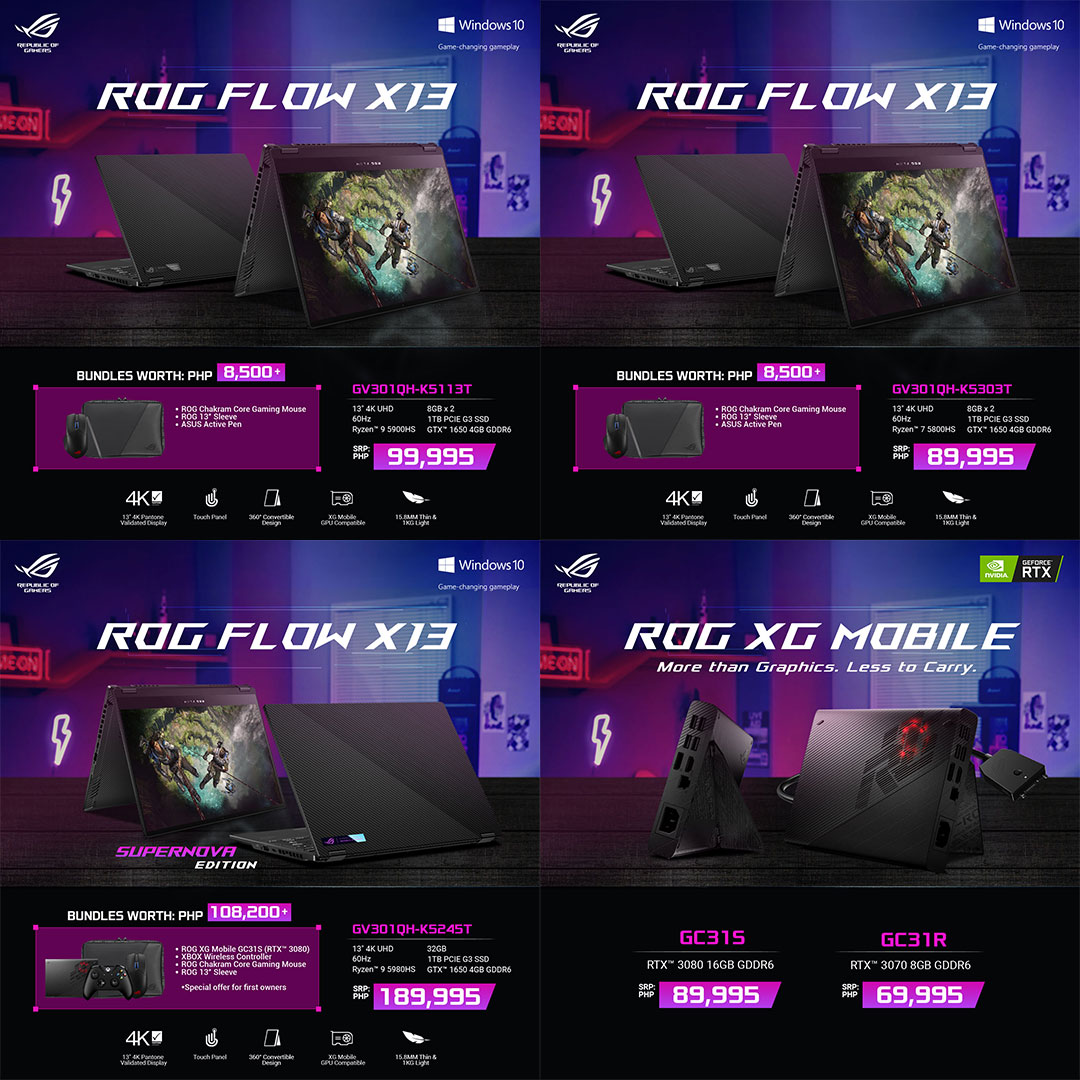 The ROG XG Mobile will be sold separately for those who want to purchase it for their standard variant ROG Flow X13 laptops and will be available in two variants – one with an NVIDIA GeForce RTX 3080 and another with an RTX 3070.

More information on the where you can order the ASUS ROG Flow X13 and ROG XG Mobile in the Philippines can be found on the official product availability page.