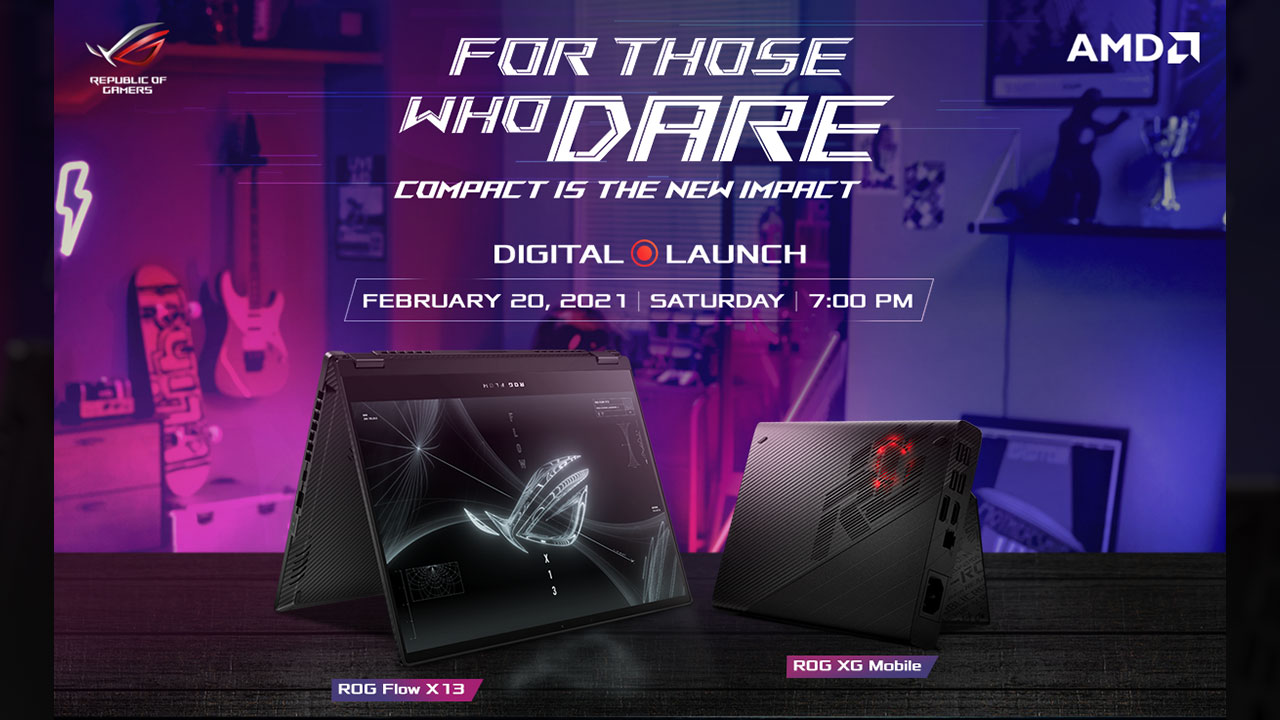 ASUS Philippines has announced that it will be launching its new ROG Flow X13 gaming laptop in the country in a few weeks during its “For Those Who Dare” digital launch on February 20, 2021. The new gaming laptop was initially unveiled back at CES 2021 and features a unique design powered by an AMD Ryzen 9 5900HS processor coupled with either a GeForce GTX 1650 GPU or one of NVIDIA’s new GeForce RTX 3000 series GPUs via the laptop’s included ROG XG Mobile external GPU dock.

George Su, Country Manager of ASUS Philippines shares, “ROG is a brand that lives up to its spirit of daring gamers to move beyond boundaries. That is why we want to invite everyone to celebrate the arrival of the ROG Flow X13. This product will change how we perceive the need for gaming notebooks as we reach new levels of power and performance with portability in mind.” He adds, “We cater to the needs of our on-the-go citizens, who still require performance beyond their imagination. We believe that the ROG Flow X13 answers such necessity as much as we believe that it is a milestone for gaming and technology.” 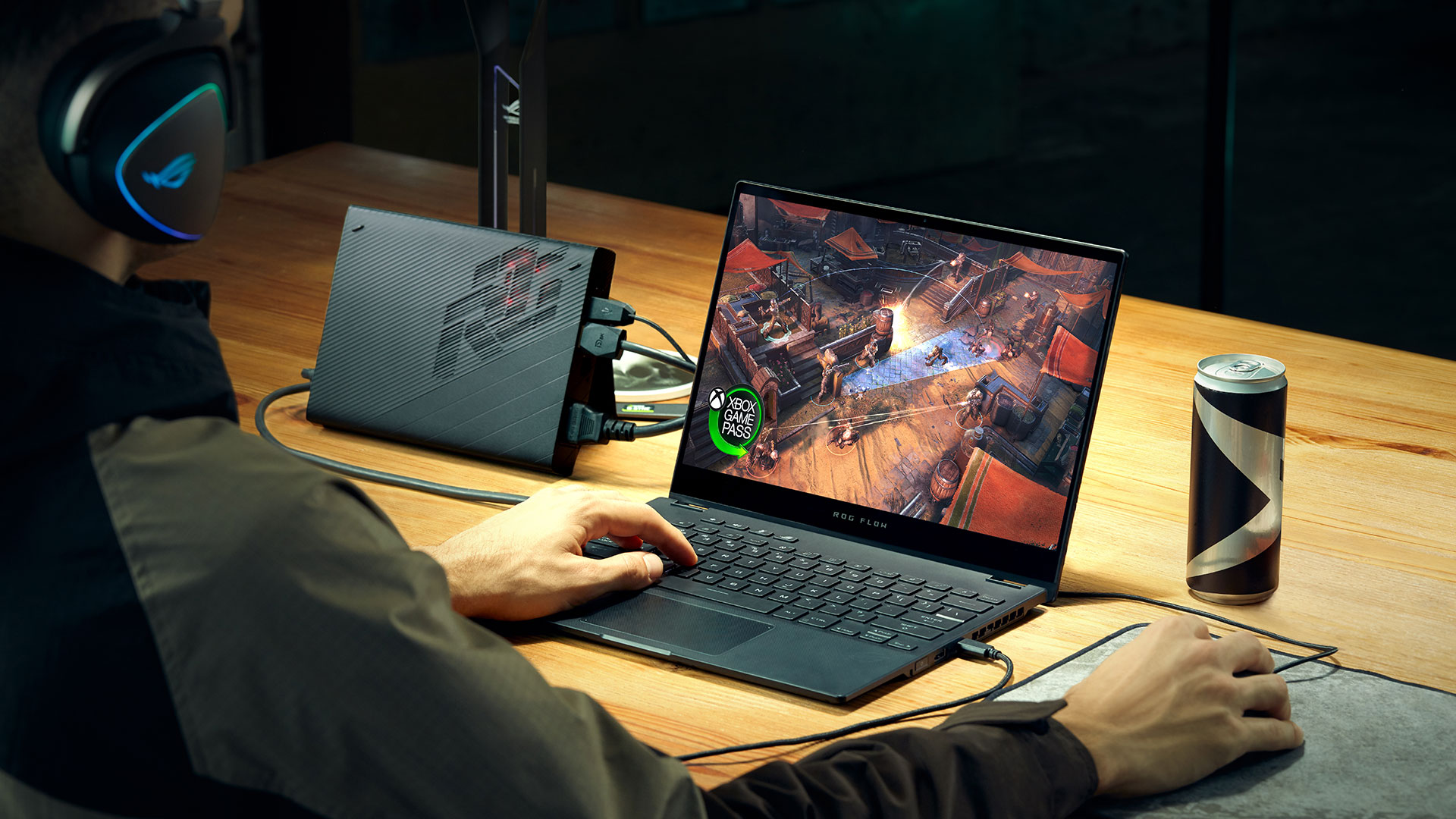 Apart from launching the new ROG Flow X13, the “For Those Who Dare” digital launch on February 20, 2021, will also feature performances from ROG Hero, Matthaios, and lo-fi hip-hop artist, Kiyo. Those who tune in to the launch will also get a chance to win ROG merchandise. More information and updates on the launch can be found on the official event page on Facebook.