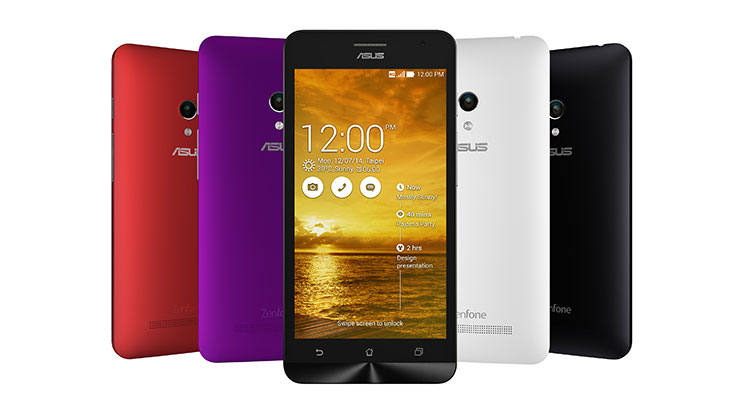 Asus is giving consumers more options with the official Philippine launch of their latest Zenfone series of Android smartphones. The Zenfone series comes in three models/sizes namely the Zenfone 4, Zenfone 5, and Zenfone 6. All of which feature an Intel Atom Z2560 1.6GHz multi-core processor with Hyperthreading coupled with a PowerVR SGX 544 MP2 GPU. They all also feature the latest ZenUI and PixelMaster software from Asus.

The smallest and most affordable of the series, the Zenfone 4, features a 4-inch TFT LCD with a screen resolution of 800 x 480 pixels, a 5-megapixel rear camera, a VGA front camera, 1GB of RAM, 8GB of internal storage, a microSD slot that supports up to a 64GB card, WiFi 802.11 b/g/n, Bluetooth, and a 1,600mAh battery. 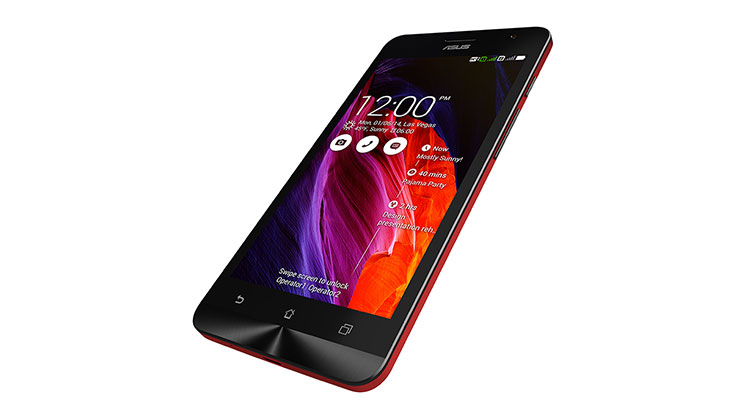 Standing in the middle of the pack is the Zenfone 5. It features a 5-inch IPS screen with an HD screen resolution of 1280 x 720 pixels, Corning Gorilla Glass 3 protection for the phone’s screen, an 8-megapixel f/2.0 aperture BSI-equipped rear camera with an LED flash, a 2-megapixel front camera, 2GB of RAM, the same amount of internal and expandable storage support as the Zenfone 4 (8GB/up to 64GB ), WiFi 802.11 b/g/n, Bluetooth, and a 2,110mAh battery.

Lastly, the leader of the series, the Zenfone 6, features a bigger screen as the Zenfone 5 at 6-inches but with the same screen resolution (1280 x 720 pixels) and the same Corning Gorilla Glass 3 protection. It also features a 13-megapixel f/2.0 BSI-equipped rear camera with an LED flash and 1080p 30fps video capture support, a 2-megapixel front camera, 2GB of RAM, 16GB of internal storage with support for expandable storage up to an extra 64GB via microSD card, WiFi 802.11 b/g/n, Bluetooth, and a 3,200mAh battery. 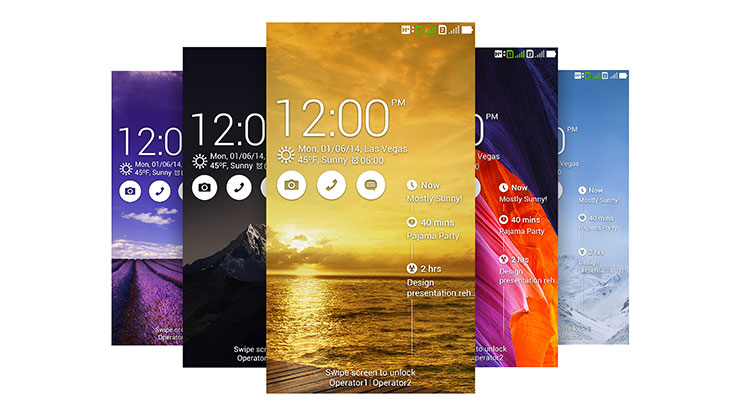 All Zenfone models is powered by Android 4.3 (upgradable to 4.4) with Asus’s own and latest Android skin dubbed ZenUI which comes with, among others, the What’s Next and Do It Later features. What’s Next collates all your important information such as upcoming appointments, new messages, missed calls, and others directly on the lock screen, home screen, and the notification drawer. Do It Later allows users to set aside interesting content like articles, YouTube videos, or web pages for later viewing. It can also automatically create reminders if you devicde to miss or pass on a call.