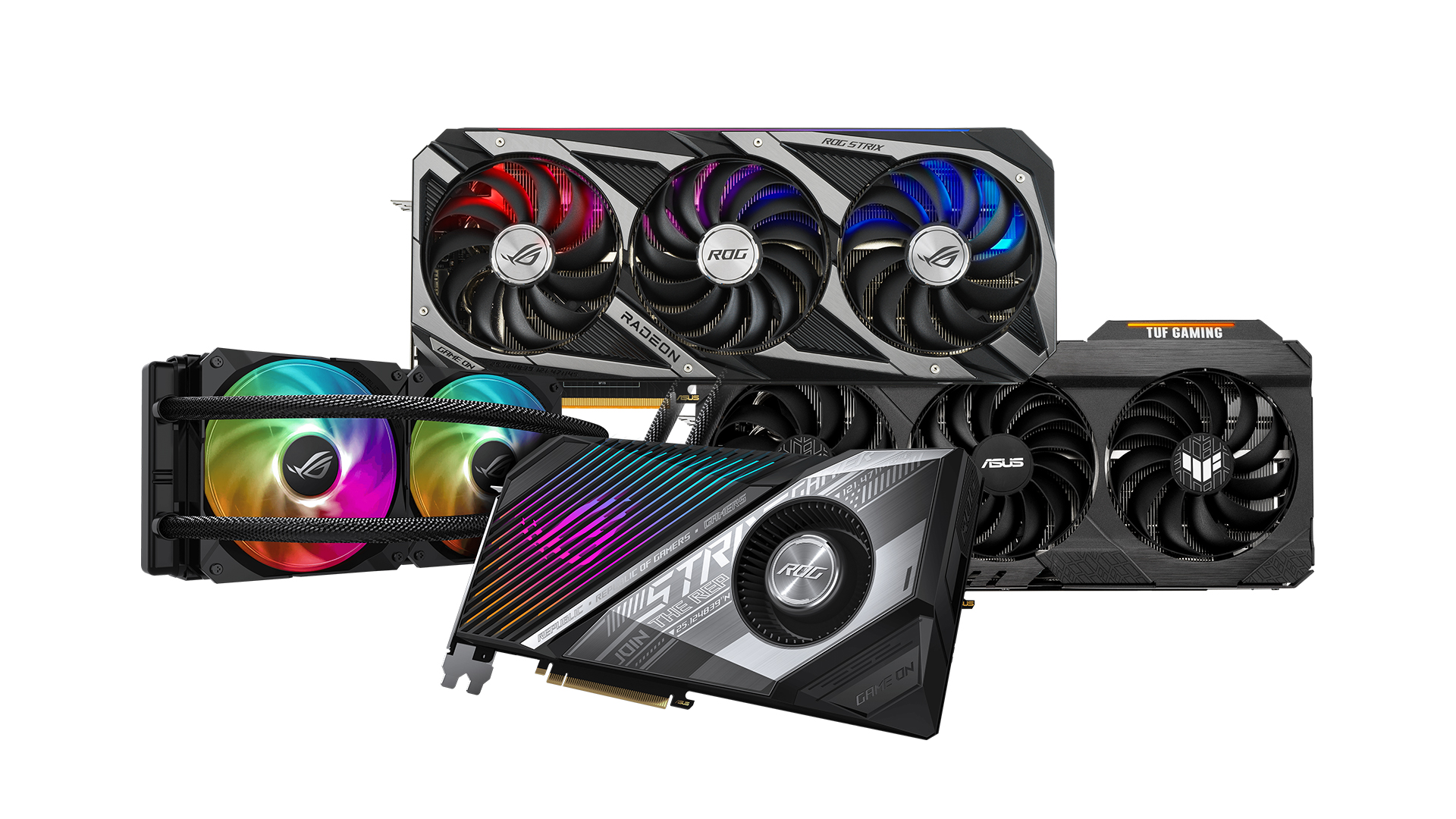 ASUS has announced its own lineup of Radeon RX 6800 series graphics cards under its ROG Strix and TUF Gaming brands. AMD unveiled its new RDNA 2 architecture and Radeon RX 6000 series GPUs last week and its AIB partners, like ASUS, have already begun unveiling their own lineups based on the new graphics cards. 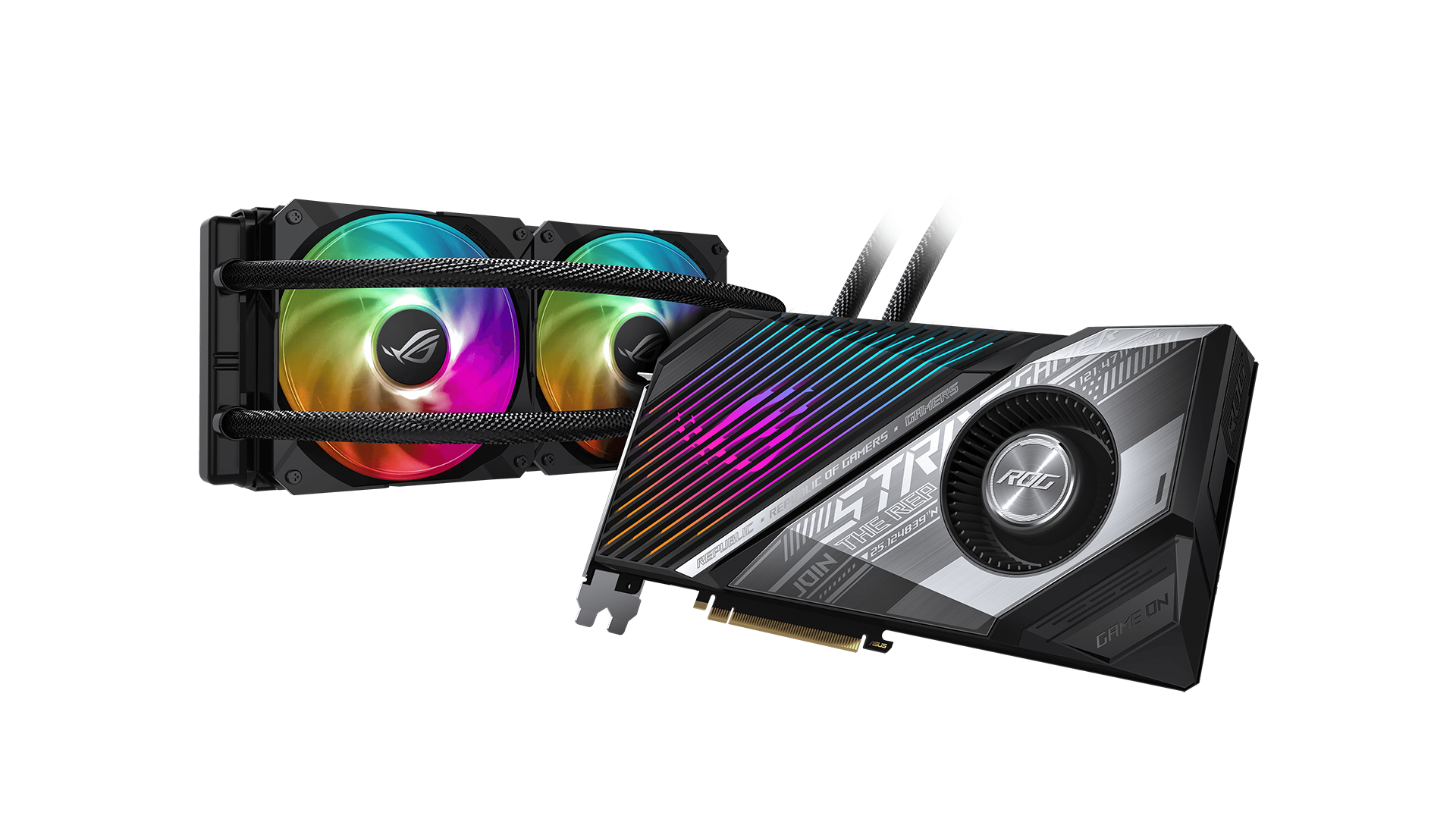 Leading the new lineup is the ROG Strix LC Radeon RX 6800 XT, which combines air and liquid cooling by featuring its own built-in all-in-one liquid cooling system out of the box. The graphics card features an enclosure with a large cold plate and blower fan to help transfer heat into the liquid cooling loop. The enclosure is coupled with a 240mm radiator equipped with two 120mm fans that are designed for use with radiators. The card and radiator are connected via 600mm coolant hoses sleeved in textile webbing. Lastly, the ROG Strix LC Radeon RX 6800 XT is equipped with onboard FanConnect II headers so users can connect a pair of case fans to the graphics card to automatically control fan speed based on the GPU or CPU temperature. 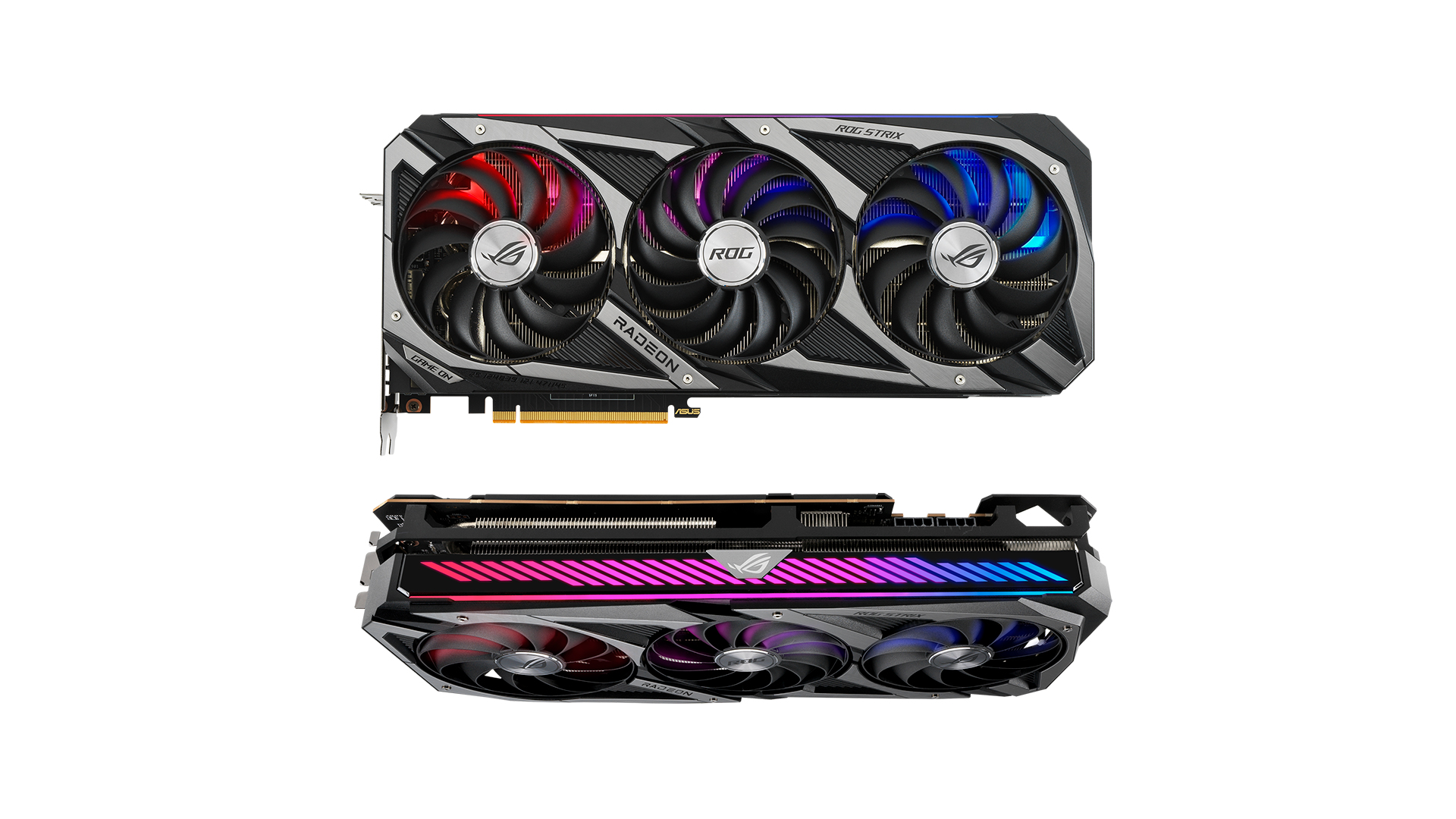 The ROG Strix Radeon RX 6800 XT features a large 2.9-slot cooler equipped with a dense fin array, multiple heat pipes, a MaxContact base plate, and three Axial-tech design fans. The central fan of the cooler rotates counter to the outer fans which is said to help direct airflow to the hottest parts of the cooler. The custom short PCB of the ROG Strix Radeon RX 6800 XT features a ventilation cutout in the back plate of the cooler, which allows more room for heat to exit the GPU and be dissipated along the case’s airflow. 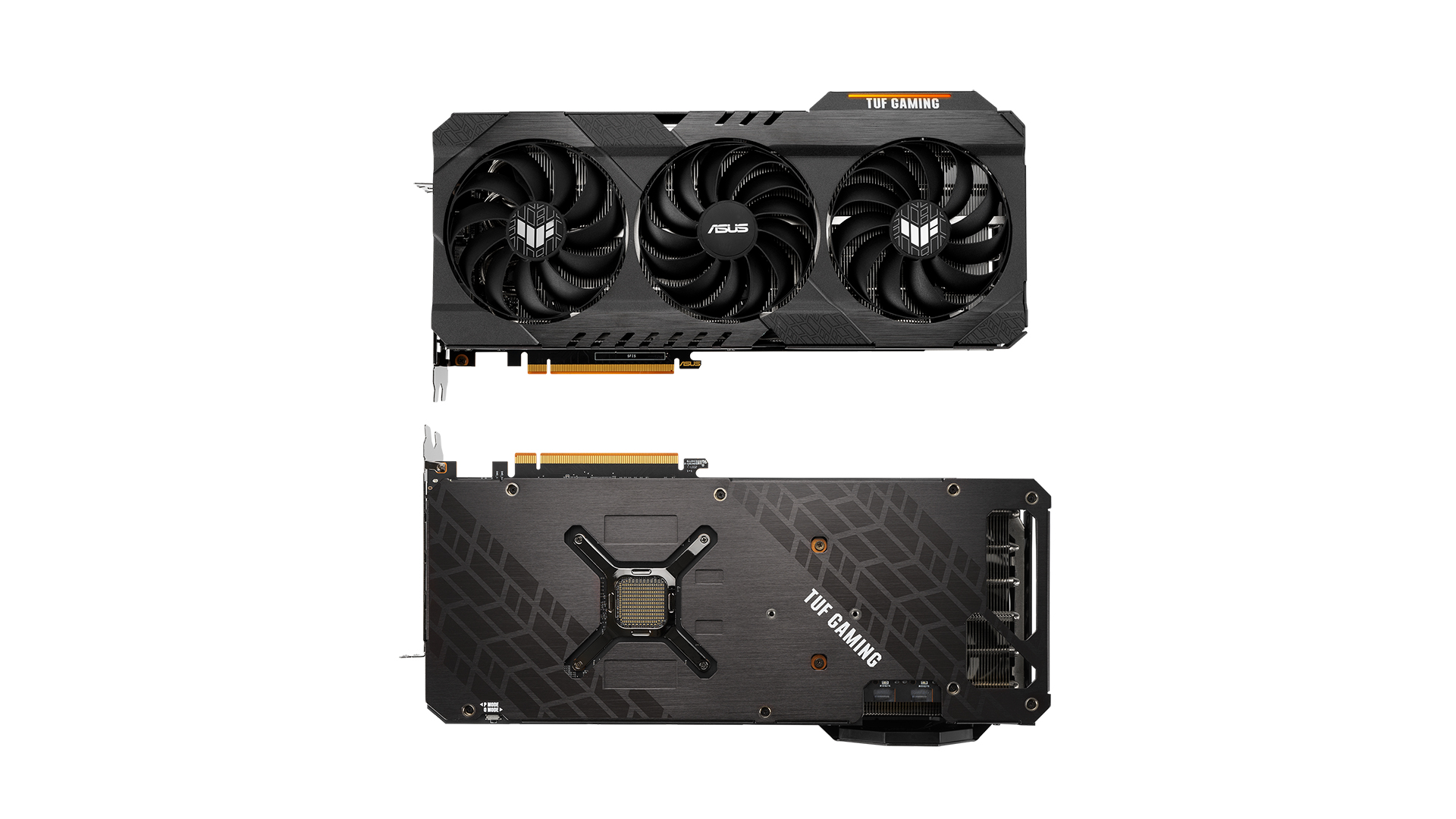 Closing out the lineup are the TUF Gaming Radeon RX 6800 XT and RX 6800 graphics cards, which feature the same design including a 2.9-slot cooler with three axial-tech fans. Just like the ROG Strix Radeon RX 6800 XT, the central fan of the cooler of TUF Gaming cards run counter to the outer fans to reduce turbulence and help direct airflow and they also feature a cutout on the backplate to help eject air into the case.

The pricing and availability of the new ASUS ROG Strix and TUF Gaming Radeon RX 6800 series graphics cards have yet to be announced but with the official release of AMD’s own Radeon RX 6800 and RX 6800 XT set for November 18, 2020, we can expect ASUS’s graphics cards to be released at the same time or soon after.