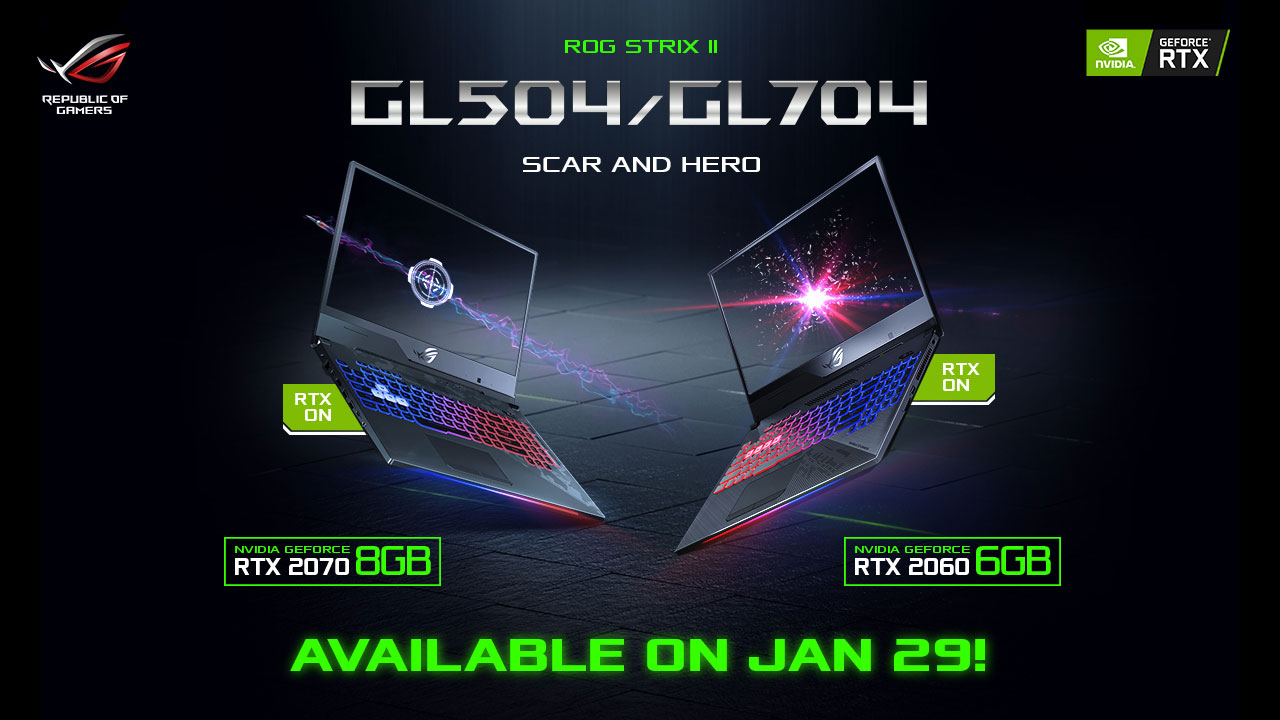 The new ROG Strix Scar II will be available in 15-inch (GL504) and 17-inch (GL704) models, with each model available in two configurations equipped with either GeForce RTX 2060 or RTX 2070 discrete graphics. The rest of the specifications of all the models and variants are identical, including a 144Hz 3ms display, Intel Core i7-8750H processor, 16GB of RAM, a 256GB SSD, and a 1TB SSHD.

“As the world’s number one gaming brand, we are proud to also be the first to enable end-users to experience the latest in gaming with the arrival of RTX-powered ROG laptops locally,” said George Su, ASUS Country Manager for Systems Business Group. “We believe that ROG is the ideal platform for the newest RTX GPUs, matching its innovative high performance with ROG’s class-leading features and technologies that truly make our gamers’ experiences overwhelming.”

Here are the prices, specifications, and freebies of all four variants of the new ROG Strix Scar II:

Both the 15-inch (GL504) and 17-inch (GL704) models of the ASUS ROG Strix Scar II will be available starting January 29, 2019 at official ROG District stores, authorized retailers, and the official ASUS ROG stores on Lazada and Shopee.