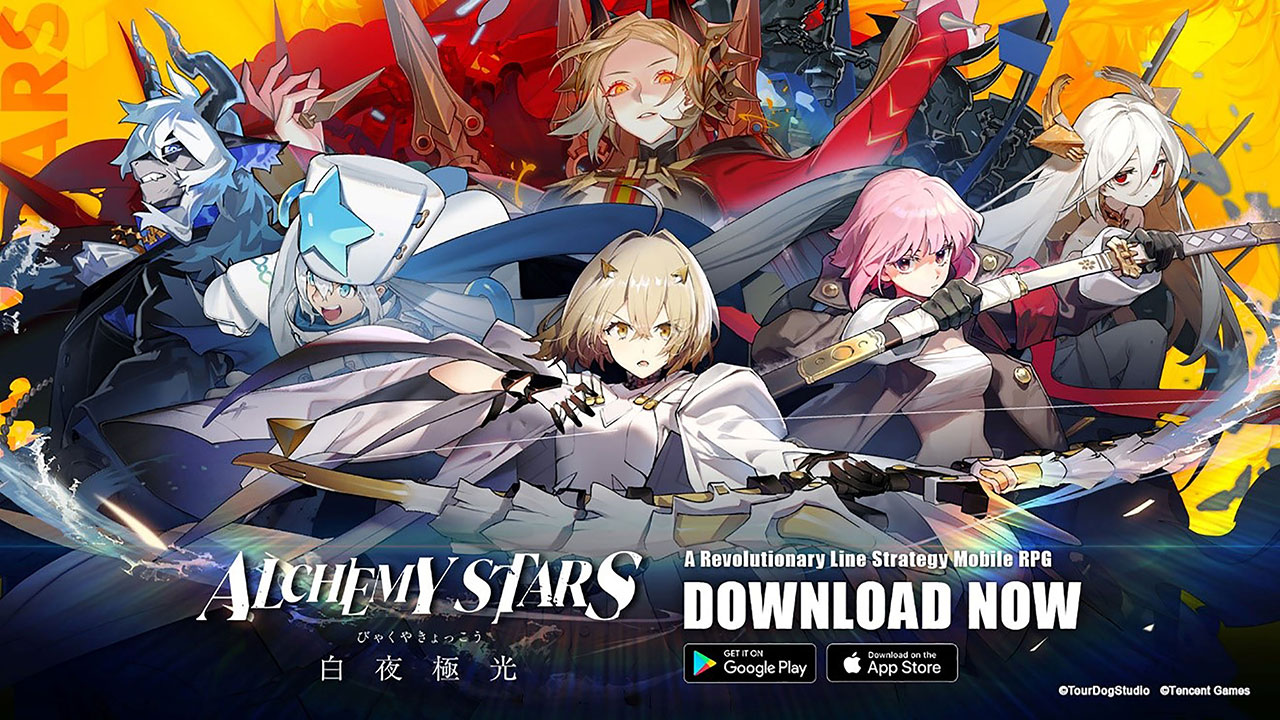 Alchemy Stars, the new tactical gacha RPG from Tencent Games and TourDogStudio, is now available on both iOS and Android. Apart from its tactical RPG gameplay and gacha elements, the new mobile game features a fully dubbed main story campaign as well as artwork from 150 illustrators and manga artists.

Alchemy Stars is set in the world of Aurora, an Earth-like planet that suffered from an orbital change due to a war between a super AI called Cassival along with its army of biological weapons dubbed Eclipsites and giant living machines called Colossus and the ancient humans of the Aurora. The world of Aurora features several races including the Aurorians, Caelestites, Demi-Humans, as well as the aforementioned Eclipsites and Colossus. Players will be able to summon Aurorians from factions such as the Illumina, Lumopolis, Umbraton, Rediesel Wrench, and Northland.

Here’s a description of the main story’s premise:

“The story begins when a young female officer of the Illumina Federation chance upon the ruins in which the Caelestite survivors were hiding. That is how our protagonist saw the light of day and started leaving a mark on history.”

Alchemy Stars is now available on both iOS through the App Store and Android through Google Play.