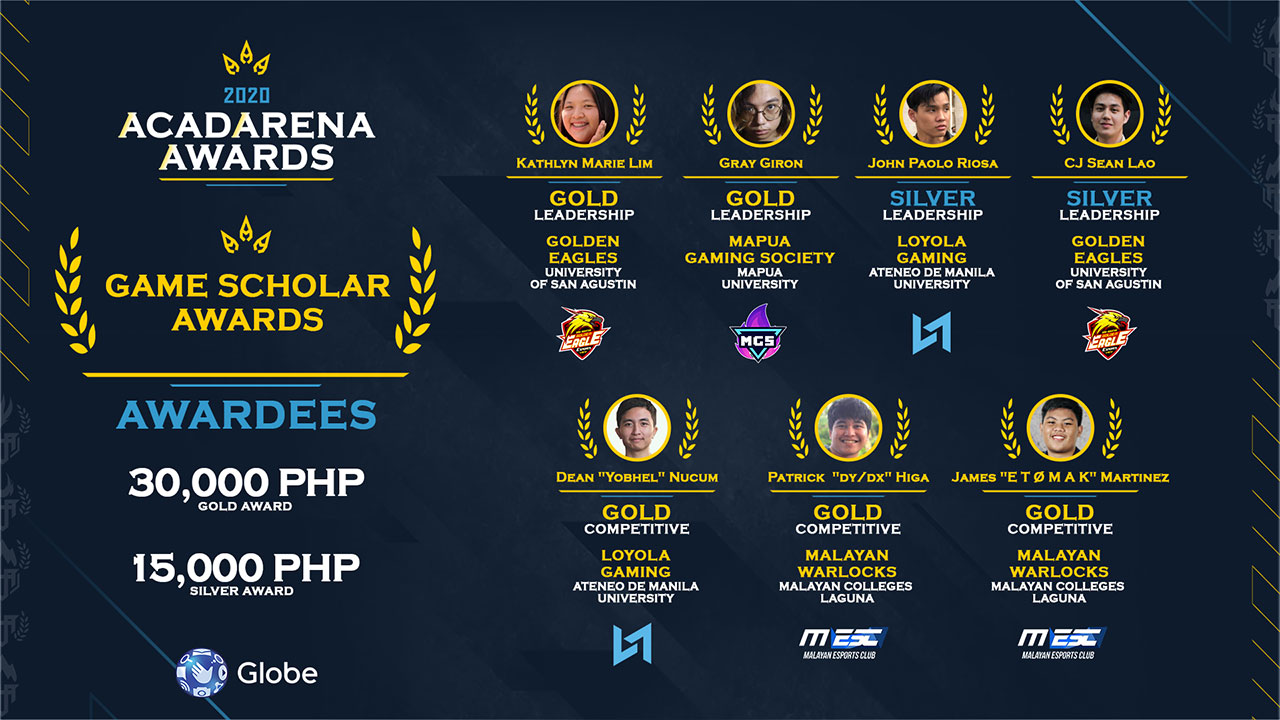 AcadArena has officially announced its first batch of esports merit scholars during the recently held AcadArena Awards. The organization, in partership with Globe, announced the Globe-AcadArena Merit Esports Scholarship (GAMES) program last September which seeks to give scholarships and/or grants to chosen students from AcadArena Alliance Program student organizations.

Applications for the Globe-AcadArena Merit Esports Scholarship (GAMES) were opened last December and after a shortlist of candidates were interviewed, a dedicated panel chose the final list of awardees. Three students were chosen for the Competitive Merit category while four were awarded under the Leadership Merit category. Finally, two students were picked for the Family Good Game Grant.

“The awards and the scholarship is our way of giving back to the passionate student gaming community in the Philippines. Good work should always be recognized, especially if it’s by the students who will be the industry leaders of tomorrow,” said AcadArena CEO Ariane Lim.