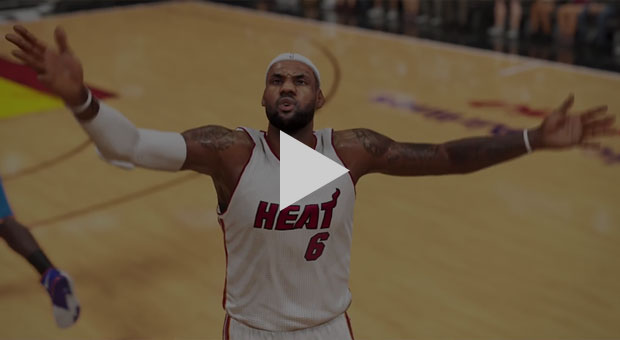 A new gameplay trailer released by 2k Sports shows how the next-gen version of NBA 2k14 will look like. The trailer shows the Playstation 4 version of the game which looks incredibly impressive compared to the current gen versions and features the games cover athlete, Lebron James, as well as other NBA stars like Kobe Bryant, James Harden, Kevin Durant, Andre Iguodala, and Anthony Davis.

The next-gen versions of NBA 2K14 will be available at the launch of the Playstation 4 and Xbox One.