When the XCOM series was revived and rebooted back in 2012, it was met with much critical acclaim due to the way the developers were able to reimagine and modernize the isometric, turn-based tactical shooter and its success saw the return of the classic game genre. Four years, a spin-off, and an expansion later, the folks at Firaxis Games are at it again and this time completely outdone themselves with the first major sequel to 2012’s XCOM: Enemy Unknown, the plainly dubbed XCOM 2.

The sequel keeps the same basic core formula of the original with its isometric, turn-based tactical gameplay but after four years the developers and consequentially the game seem to have matured and grown making for a game that’s much deeper, more complex, and, at the end of the day, leagues better than the original and, except for a few technical snafus, this game could very well be the best XCOM game to date.

XCOM 2 takes place 20 years after the events of XCOM: Enemy Unknown. The aliens have invaded and, in spite of your efforts in the first game, humanity has ultimately lost. The ADVENT now govern most of the world and you and a small band of soldiers, scientists, and engineers on a hijacked, repurposed alien ship called the Avenger are all that’s left of the XCOM project. Now you must expand your operations by moving around the globe, helping and working with small resistance groups while you continue to fight the ADVENT in guerilla, run-and-gun style warfare. 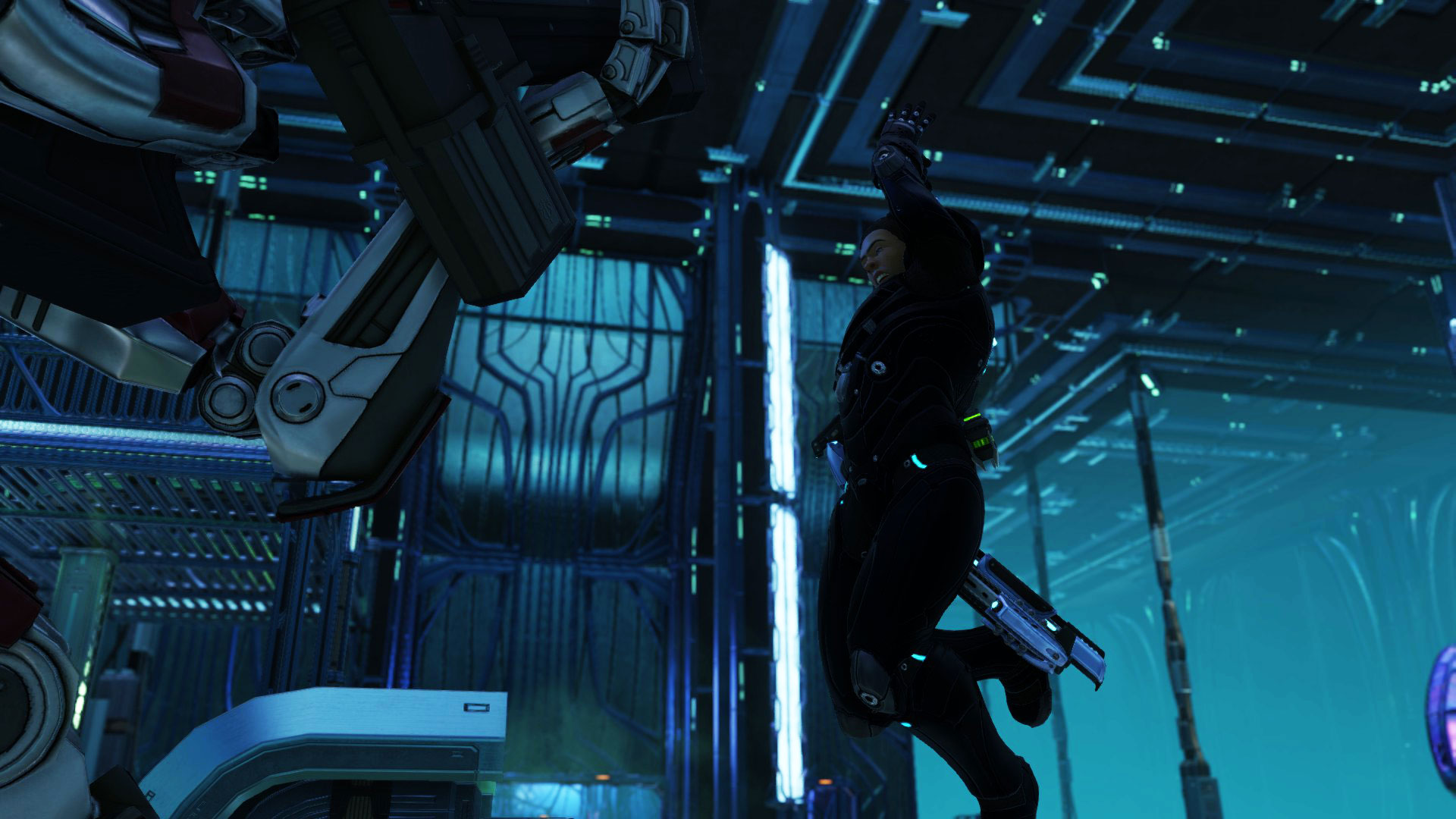 Inside with you in the Avenger are several characters that make up the core group of your rebellion. There’s Central Officer Bradford from the original 2012 game who guides you all throughout the game and in your missions, Dr. Richard Tygan who takes the place of Dr. Vahlen (whose fate is unknown) and handles all the research you’ll need done throughout the course of the game, and An-Yi Shen who has taken the place of her father Dr. Raymond Shen and now handles engineering. They all give very excellent performances in the game, which include some interesting banter.

While you’re in the Avenger, you’ll be able to initiate research projects, build new equipment, and manage your roster of soldiers. The central portion of the ship contains several rooms you can clear out and utilize to build new facilities for the Avenger. There’s also a bar where you can see the portraits of your fallen soldiers as well as their name, time of death, and the mission they perished in, which, while ultimately unnecessary, adds a different level of depth and emotion to the game, especially for players who put a lot of effort into creating each of their soldiers.

While the meat of the game is still the isometric, turn-based missions, the rest of the game is just as important, and challenging. Planning out your base, the order in which you conduct research, recruiting more personnel, and where you spend your limited finances are all crucial to our success. It becomes a complicated resource management and planning game that forces you to plot out your actions in advance while efficiently assigning your personnel to specific tasks to boost and maximize the benefits of your base’s facilities. 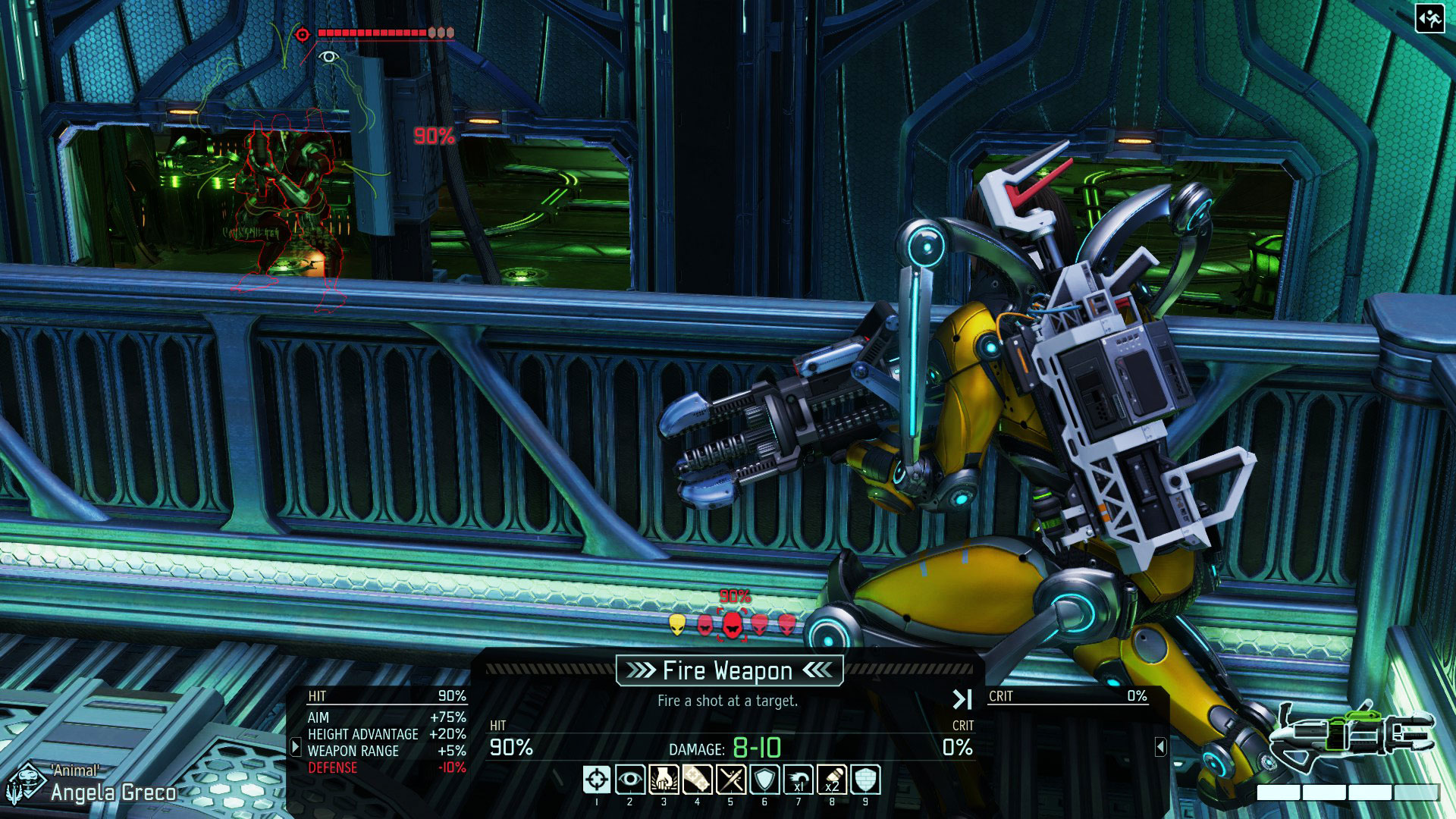 The soldier classes have also been revamped in XCOM 2. The Heavy and Sniper classes are now called the Grenadier and Sharpshooter while the Assault and Support classes have been replaced with the Ranger and Specialist class, respectively. Instead of a rocket launcher, the Grenadier now carries a grenade launcher while the Sharpshooter can either specialize more in sniper rifles or pistols. The Ranger class now carries a sword for high-damage, melee combat while the Specialist has a drone that can fly around the battlefield healing squad mates or hacking terminals and robots. Lastly, the Psi Operatives are now a separate class with its own set of trainable abilities.

And speaking of abilities, most, if not all, of the abilities in the two skills paths for each class have been changed and each path drastically changes the role and play style of the soldier. As previously mentioned, Sharpshooters can take abilities that either make them a deadlier sniper or a mid-range, pistol wielder that can fire at enemies a multitude of times per turn.  Rangers can specialize in stealth and melee or run and gun tactics. Specialists can become full-on medics or be experts at hacking terminals and robots. Lastly, Grenadiers can focus on explosives or gaining more abilities for their canon/mini-gun. 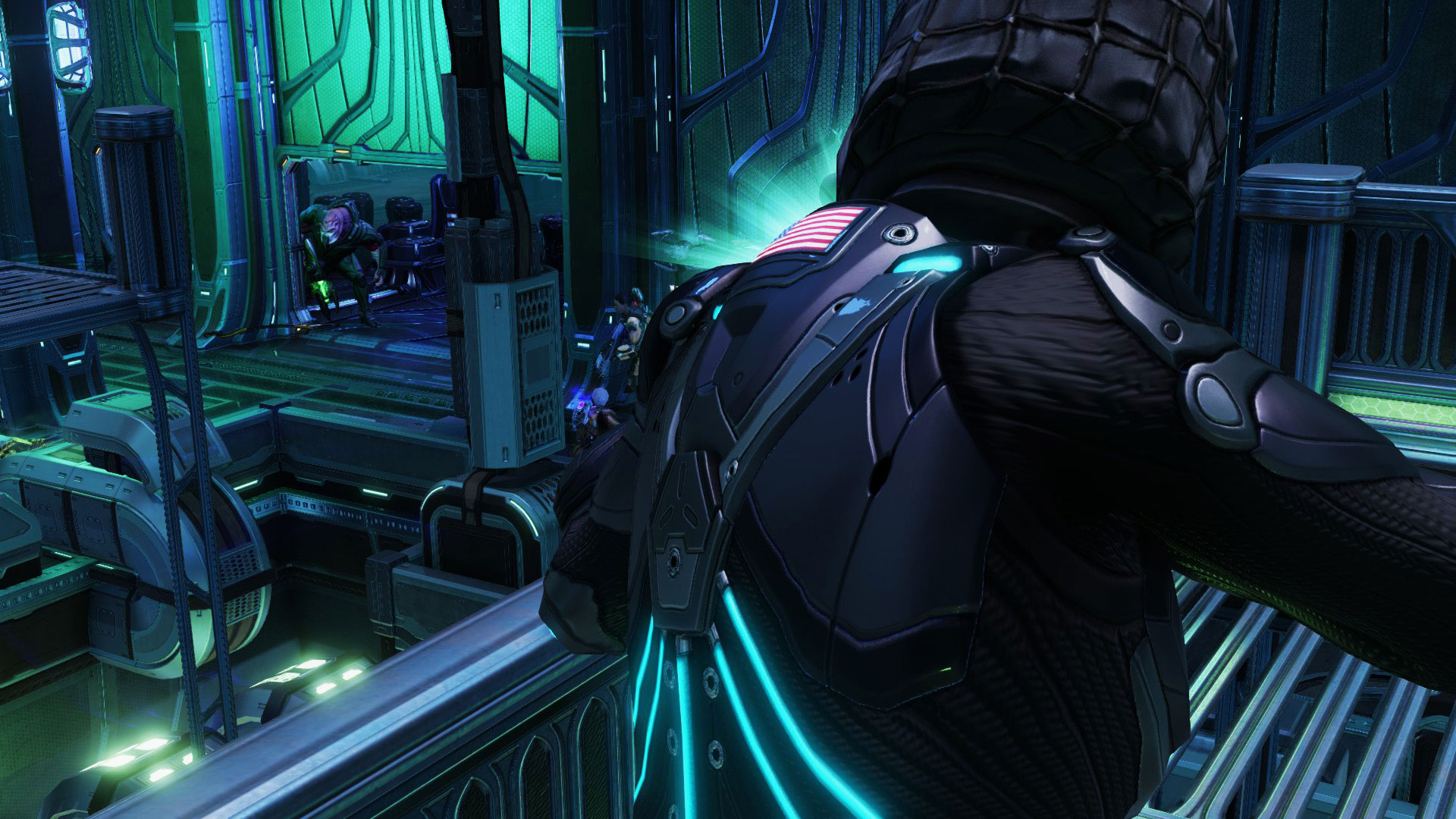 As previously mentioned, you’ll need to expand your operations to every corner of the globe to have any hope of defeating the ADVENT. As you make contact with more resistance groups, your supply income also increases alongside the number of possible missions you may choose or may need to undertake. Opening up more territories also gives you access to important story-crucial missions that you’ll eventually need to undertake to either progress the story or prevent the game from ending. The game regularly throws you things to do so the game never becomes stagnant at all or for very long.

Once you’ve been given a mission (or sometimes a choice of missions) and accepted it, much like XCOM: Enemy Unknown, you’ll be able to bring a team of four to six soldiers, depending on your completed squad upgrades, to each mission, with some missions providing you with even more. The biggest difference this time around is maps are now procedurally generated and missions are no longer solely about wiping out the enemy force as mission objectives have now been added to the game, both resulting in exponentially more mission variety and depth than ever before.

The missions in XCOM 2 are now a lot more challenging, not just because of aforementioned new objective-based missions, but also because of the newly introduced mechanics alongside the improved enemy AI. You’ll have to rely a lot, especially in the harder difficulty modes, in ambush tactics and careful positioning. In XCOM 2, every step has to be taken with caution, every action spent wisely and deliberately, and every angle of approach examined and considered. The game also doesn’t give you much room for making mistakes, with each one mostly leading to a squad mate ending up either dead or badly injured. 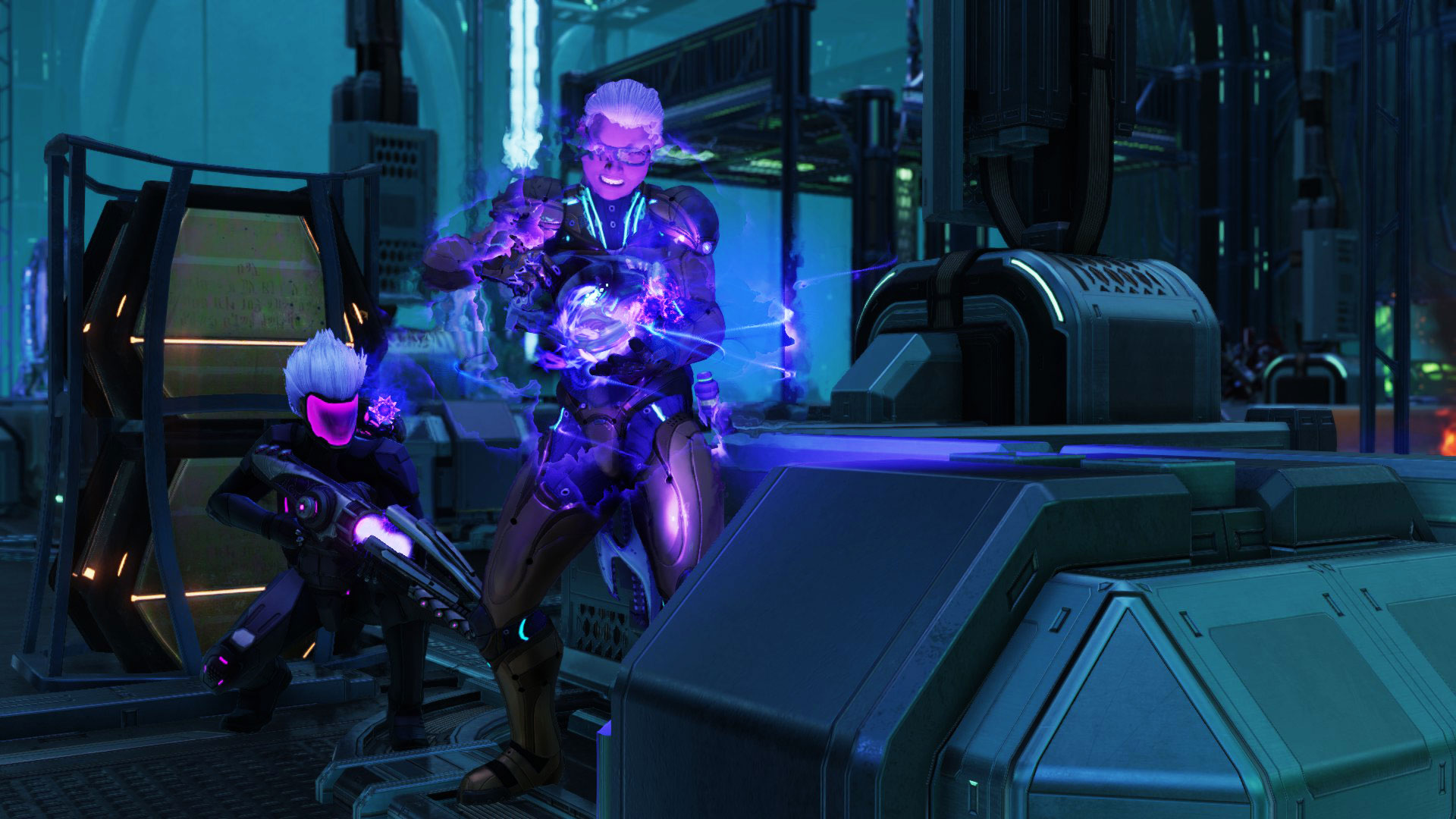 The game, for the most part, also doesn’t give you much time to catch your breath or recover your losses after missions. As the pressure to keep expanding your organization’s reach continually rises and the constant stream of missions the game forces you to take start piling up. There’s also the game’s looming doomsday clock that you always have to keep in check else it spells game over for you and the resistance. Although the game does get easier later on when your equipment and soldiers near their peak and your income starts to overtake your costs so the slogging in the mud does eventually end.

Sadly, XCOM 2 isn’t without its hitches, at least not technically. Throughout the course of finishing the game, I encountered several bugs, mostly relating to camera positioning or animations not initiating. At one point, I had no choice but to restart the game as, even after waiting several minutes, the animation for an action never began so the game wouldn’t continue. The delay between turns would also sometimes take longer than normal leading to unusual wait times during missions.

Overall, XCOM 2, in spite of its technical shortcomings, delivers an experience that surpasses all of its predecessors. The improvements and additions Firaxes has made have really made the game feel more complete and rounded. Its complexity and the challenges it presents will definitely keep both series fans and new players interested from the beginning until the end of its exciting and compelling story. And after playing it for almost 100 hours, all I can say is that I want more.