Even as the popularity of solid-state drives continue to rise, the price tags of their high capacity variants are still far from affordable. While desktop users are able to purchase a small SSD for performance coupled with a larger HDD for storage, laptops users that feature only singular drive bays are left with either purchasing an expensive high-capacity SSD, settle for a smaller capacity SSD, or be left with a traditional large capacity HDD. But WD is looking to provide a solution for those users with its WD Blue 1TB solid-state hybrid drive which falls right in the middle of SSD-level performance and the affordable large capacity of traditional HDDs.

The WD Blue 1TB solid-state hybrid drive achieves this by featuring an 8GB NAND flash storage as well as a 1TB hard disk storage, all in one drive. The drive intelligently transfers the most used data to the 8GB NAND flash to give it an SSD-level boost in speed while keeping the least used data in the HDD portion of the drive. And because it uses a standard SATA interface, the drive is usable with most computers without the need for any special upgrades, drivers, or software making it easy to install and use from the get go. 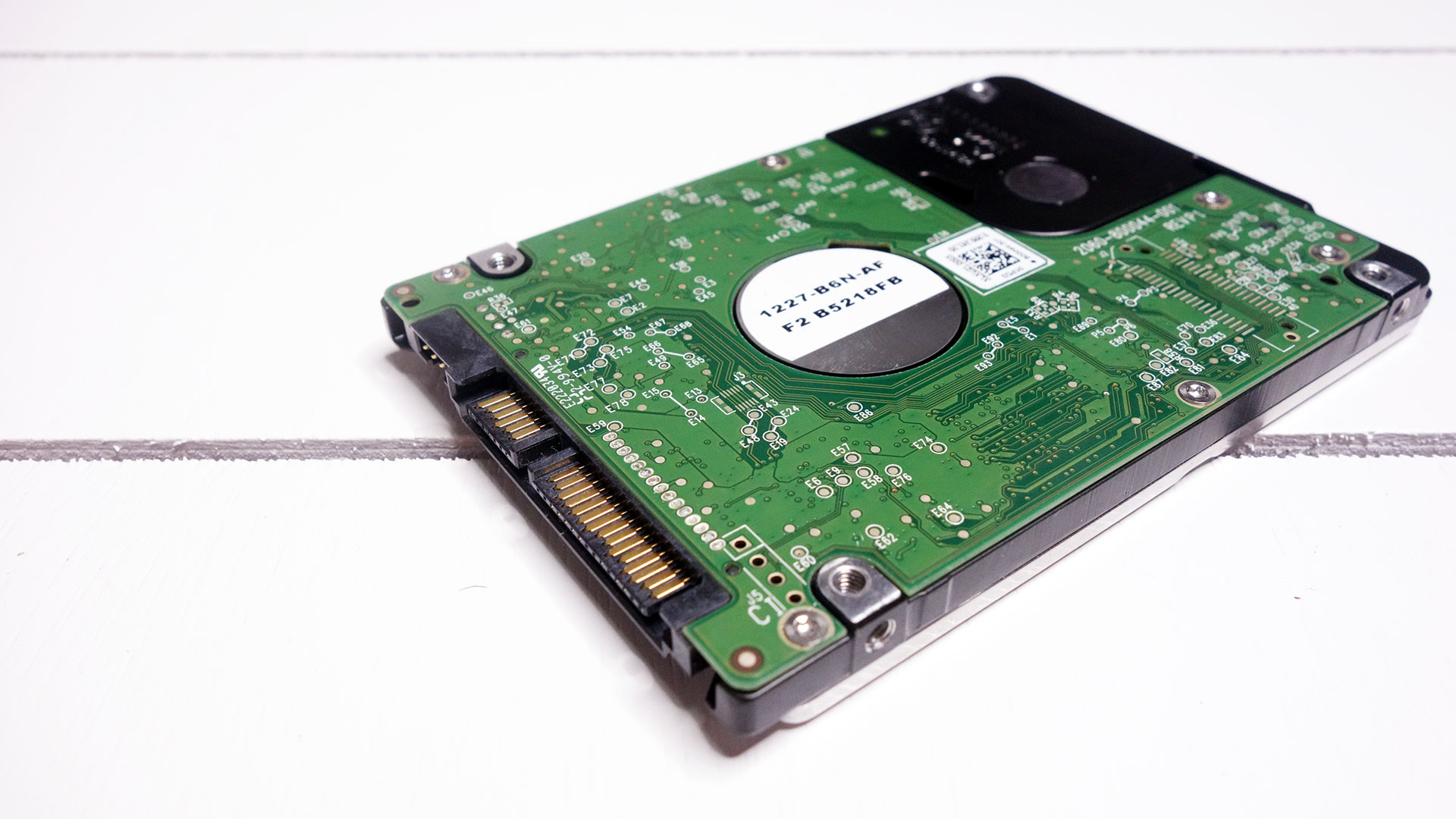 Like the company’s other drives, the WD 1TB SSHD features a simple design with its steel and plastic casing as well as a sticker on top with the drive’s information. It doesn’t feature a lower shroud so part of the drive’s PCB is visible from underneath. It’s safe to say that WD’s decision to keep their drive designs simple is partially to keep the price down which is a good idea considering that storage drives aren’t components you look at all the time so their look and design don’t matter as much as their performance.

As is the case with most of WD’s drives, the Blue 1TB SSHD’s performance doesn’t fail to impress. The 8GB NAND flash brings the read performance of the drive close or on par with entry-level or mid-range SSDs which will significantly increase boot and load times. On the other hand, the write performance of the Blue 1TB SSHD is a mixed bag as while it is faster than WD’s own traditional Blue HDD, it is significantly slower when compared to SSDs like the HyperX Fury.

Additionally, while the 8GB NAND flash does make boot times significantly faster and also affects the start-up and general loading times of many mainstream applications, its small capacity limits it from significantly improving the performance or start-up and load times of larger or more demanding applications such as video games but with the large variation of video games available in the market your mileage may still vary.

Ultimately, the WD Blue 1TB SSHD brings solid improvement to the performance of any laptop or desktop especially when it replaces a traditional HDD. If your laptop is equipped with only a single drive bay then the WD Blue 1TB Solid-State Hybrid Drive is definitely a good option for upping your device’s performance without sacrificing storage capacity. And with a price tag of around $99, it’s an affordable way to give your laptop a noticeable boost in performance.