With the fast-growing popularity of solid-state drives, it was weird that one of the biggest storage solutions manufacturers, Western Digital, hadn’t released an SSD of their own so last year’s announcement of the WD Black2 Dual-drive not only sent a ripple of excitement among those who’ve been waiting for a WD solid-state drive but it also attracted those who have been looking for a true dual-drive solution.

The WD Black2 isn’t a hybrid drive like other manufacturers have come out with; it’s a true dual-drive, the first of its kind, with both a full 128GB SSD and a full 1TB HDD under the same SATA interface within the same 2.5-inch drive case and while they share the same interface, they’re treated as separate drives and will be assigned by different drive letters by Windows.

We install the WD Black2 into our latest rig (see our Cougar MX300 Mid-tower Case review) and test it out to see how well this supposedly groundbreaking device performs. 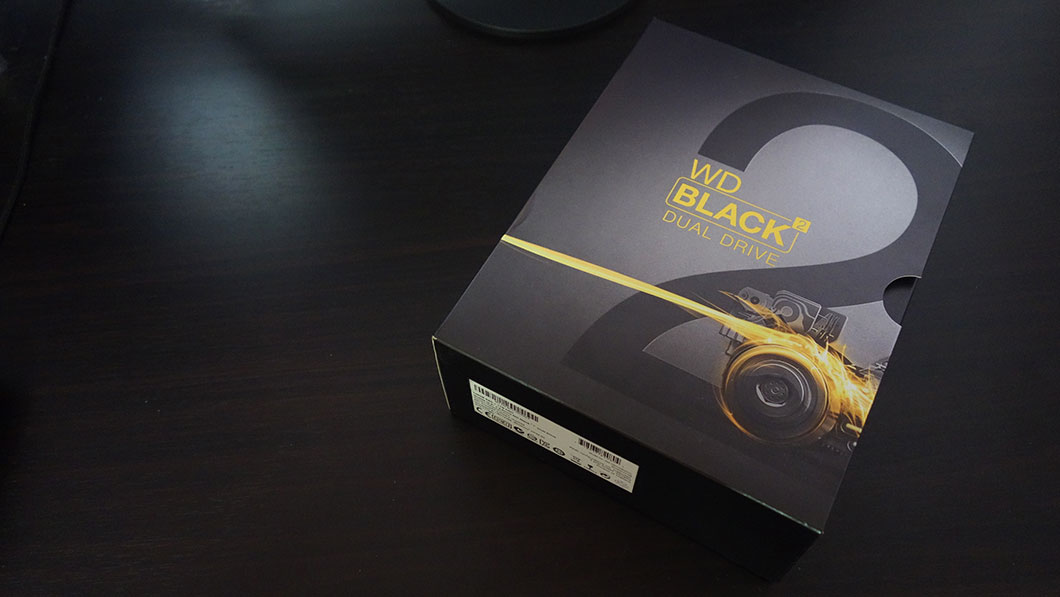 First off, the WD Black2 is probably the best looking and best packaged drive we’ve ever seen. The box is beautifully designed and opening the box feels like opening a safety deposit box. 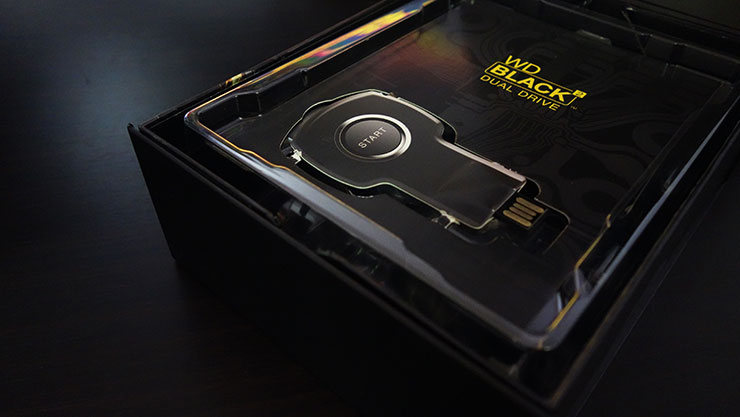 Once you do open it up you’re greeted with a piece of beautiful black cardboard with the same design style as the box with what WD calls a “web key” attached to it which is actually a small USB drive attached to a piece of cardboard that’s shaped and looks like a key. The “web key”, once inserted into your PC/laptop, will automatically open a browser window and load WD’s Black2 website where users can download the drivers and software you’ll need or want to use with the WD Black2. 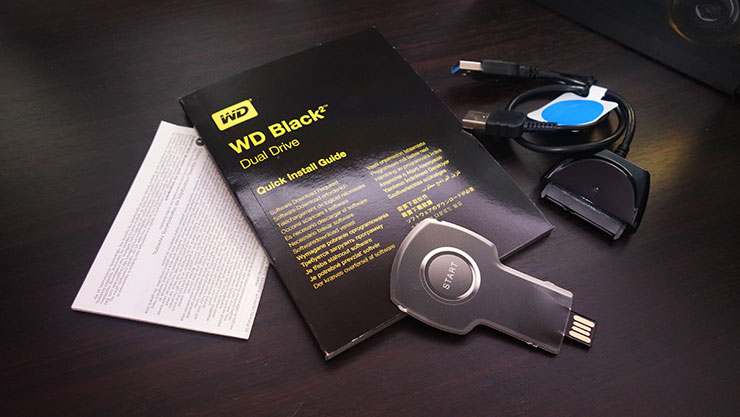 Under the “web key” is the static bag-protected WD Black2 Dual-drive itself, which we’ll get to in a moment, as well as a Quick Install Guide and a USB to SATA transfer cable for easily transferring your old drive’s files or directly cloning your old drive onto the WD Black2. 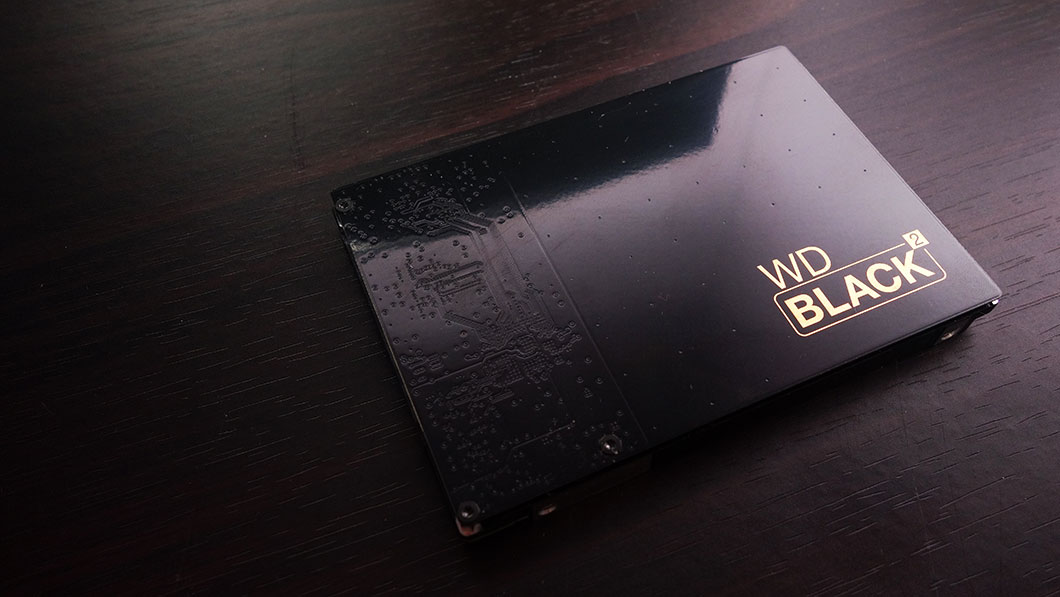 The WD Black2 Dual-drive itself is one good looking drive (as you will see in the pictures below). The top cover is all black with the WD Black2 logo and what looks like a PCB diagram etched onto it. Flipping the drive over will reveal the slim 1TB HDD part of the Black2, which is one of WD’s Blue 5400rpm slim HDDs, as well as the circuit board that features the SATA connectors as well as the Marvell bridge chip. What you don’t see is the SSD part of the drive which features, among other things, two 64GB 20nm MLC NAND modules which make up the Black2’s 128GB SSD. The Black2 is around 9mm thin so while it may fit most desktops and laptops, more recent super-thin laptops might not be able to support it as some of them can only fit 7mm drives. 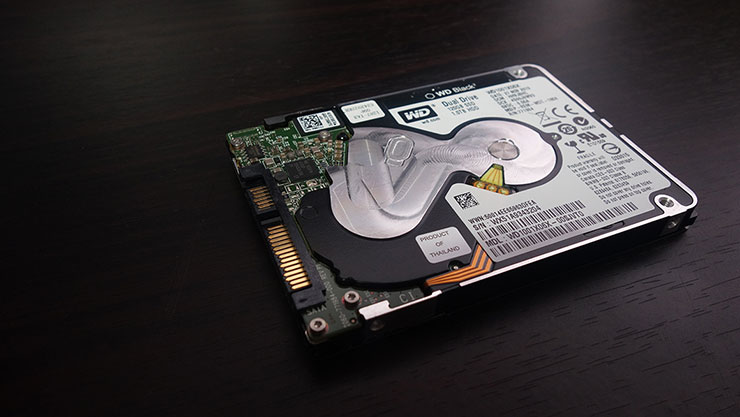 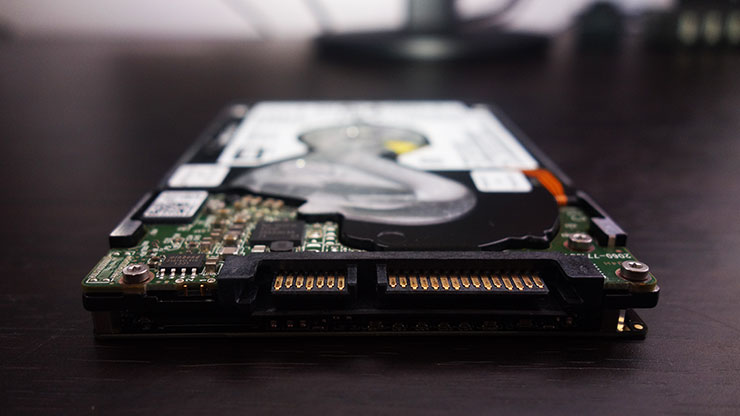 The process of installing the WD Black2 is the same as any other SSD but there was a caveat when setting it up that proved to be one of the first things that disappointed us. Initially, only the SSD portion of the Black2 will be detected and you’ll need to use the “web key” to download the drivers and software needed for Windows to detect and initialize the HDD portion. This makes the Black2 incompatible with Macs and other non-Windows devices including game consoles like the Playstation 4 as the software and drivers are Windows-only for the moment. This was very disappointing as we were hoping to use the Black2 with our Playstation 4 to give the console not only speed (from the SDD) but storage (from the HDD). 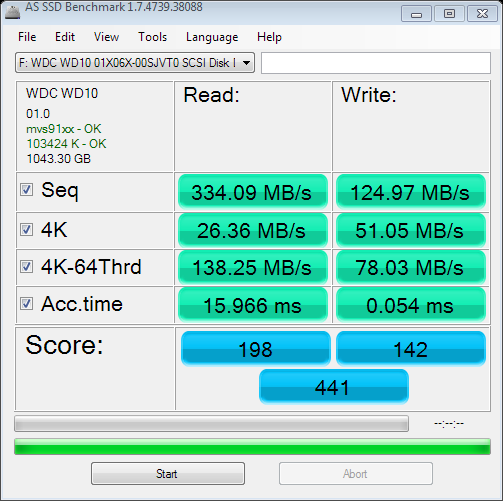 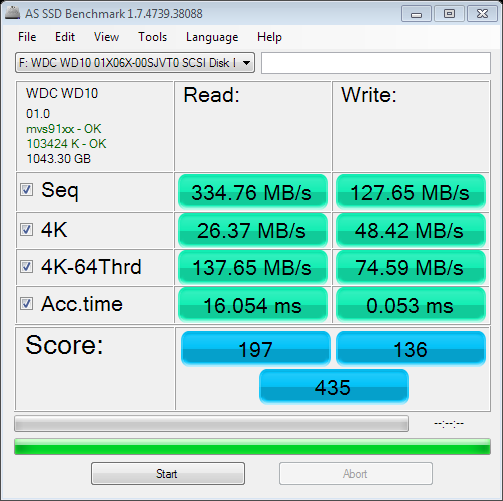 After setting up the Black2 in our new desktop rig and ran a few benchmark tests, we were met with our second round of disappointments. As it turns out, the SSD that WD put in the Black2 isn’t all that good. While the read speed of the SSD is average and acceptable, the write speed is surprisingly slow for a device at this price range. We expected the write speed to match up against the likes of Samsung’s 840 Pro line but, based on our benchmarks, it struggles against even Samsung’s lower-specced (and lower-priced) 840 EVO. 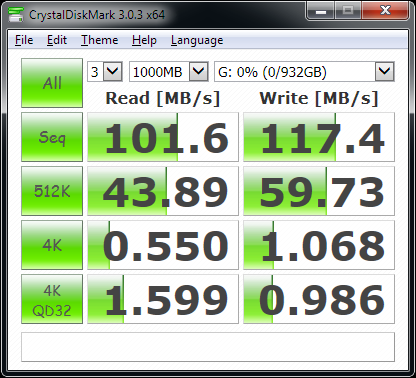 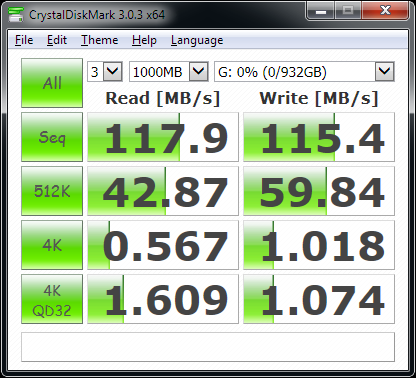 The HDD portion of the Black2 faired a lot better than its SSD though with scores that beat even WD’s Scorpio Blue 1TB drive in both random and sequential read/write tests. Yes, it’s not a high-performance 7200rpm HDD and it would’ve been better if it was but it’s not really intended for high-speed operations (that’s what the SSD is for) as it’s meant to provide storage in partnership with the speed of the SSD portion.

The WD Black2 is undeniably an innovative and ingenious product that could be the forerunner in a whole new category of storage solutions. But the sub-par write performance of its SSD as well as its high price tag (around Php13,950) makes it a hard sell especially for desktop users who could as easily buy each type of drive individually at lower prices, more options, and with better specifications. Users with compact laptops equipped with single drive bays might find the Black2 extremely useful but the price still makes it somewhat inaccessible for most and simply hard to justify. We do have to give credit to WD though, the Black2 is pretty much the first of its kind and we’re still amazed at what WD is trying to do in the storage solutions market and we’re looking forward to when WD inevitably comes out with a second-generation Black2 and hopefully it will have a better SSD as well as a more accessible price tag.