After knocking back a skaven warrior with my shield, I swing my axe around chopping his head off with one clean stroke. I turn around to see two of my friends starting to get overwhelmed with what seems to be an endless stream of humanoid rats, the Skaven. Two dozen of these rat-men poking, clawing, flanking and surrounding my party. I charge in with shield up pushing back as many as I could, trying to get in between my party and the horde of Skaven pouring out of the sewers and rooftops. Axes flailing, fireballs soaring, arrows piercing, and, finally, the wave seems to have ended. My entire party has half health or less with no health potions in sight. Just as we are able to catch our breath and explore forward, a massive roar echoes through the streets, a rat ogre is coming.

That is basically a session of Vermintide, the most recent entry to the co-op shooter genre. Vermintide is based off the popular Warhammer tabletop game from Games Workshop, who has recently been pushing its different tabletop franchises into the video game scene. The games takes the formula of past co-op shooter games such as Payday or Left 4 Dead but with an emphasis on melee combat. You can choose from 5 classes of characters – Witch-Hunter, Imperial Soldier, Wood Elf, Waywatcher and Pyromage – each with their different weapon sets and skills. Although there is one really strange choice the developers decided to do with a party composition. When you are in a party, no two people can be the same class at the same time and there are only 4 players to a party.

The game plays pretty much the same as Left 4 Dead where in you fight hordes of basic enemies with a few special ones sprinkled in between. The game also gives you specific objectives throughout each level which gives you something to do other than clearing the whole area of enemies. There is one hiccup however, the loot system is EXTREMELY unforgiving. Like Payday, you will not receive any loot if you fail the mission. There is no currency to spend. Instead, at the end of every mission, you receive dice that have some sides marked with an icon, some dice have more sides marked than others. If the dice lands with that mark facing upwards, it makes your loot totem pole marker go higher, items with the highest rarity being at the top. But even if you do get a lot of dice landing on the marked side up, the items or weapons you receive sometimes aren’t even for the class you are currently playing! In other words, prepare for a loot grind.

Overall, the game is extremely fun when playing it with friends. The game runs really well, the engine is great, and although the loot grind is quite a chore, for a $15 game, you will definitely get your money’s worth. With promised DLC expansions, both paid and free, I’m looking forward to what the developers will bring us in the future. For all you Warhammer fans out there, Chaos is coming. 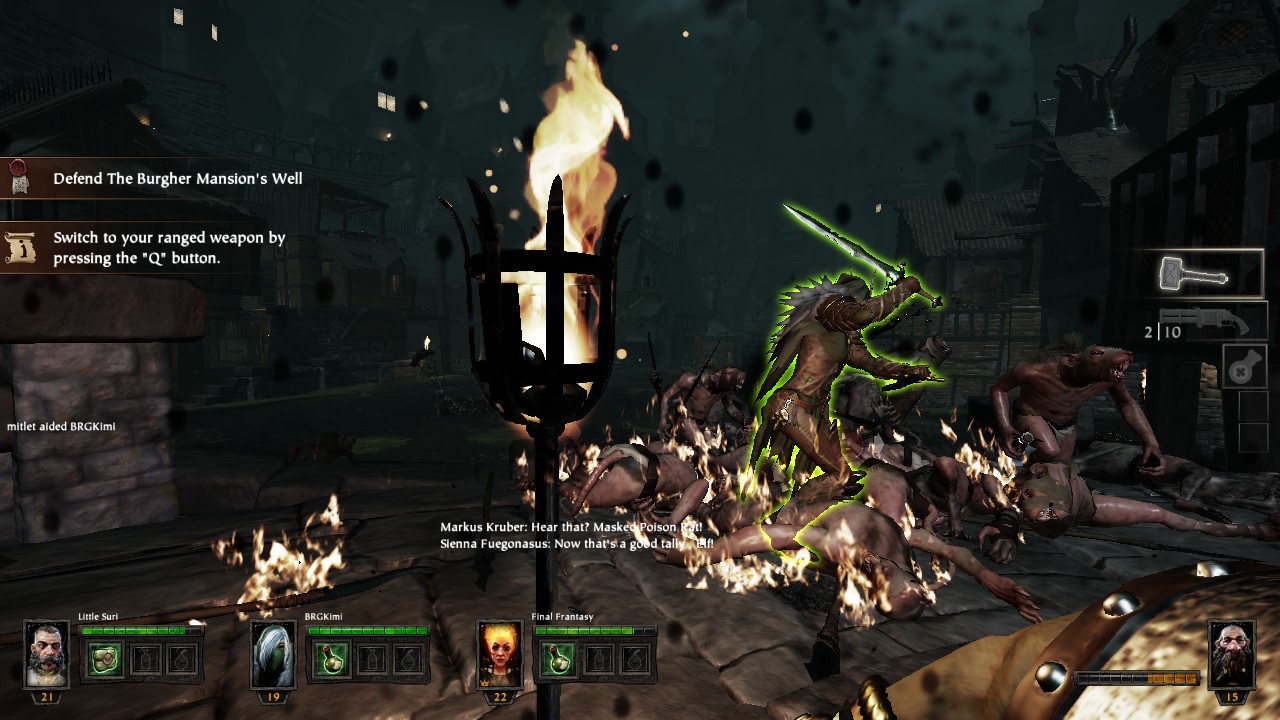 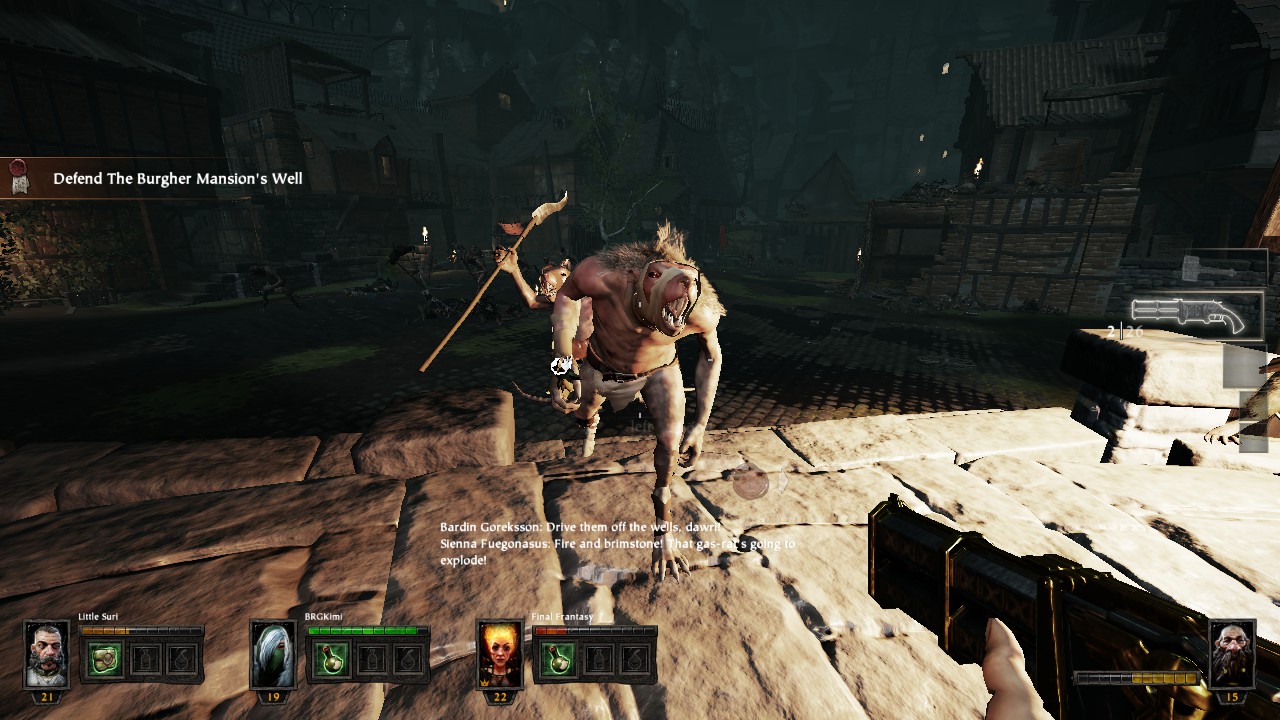 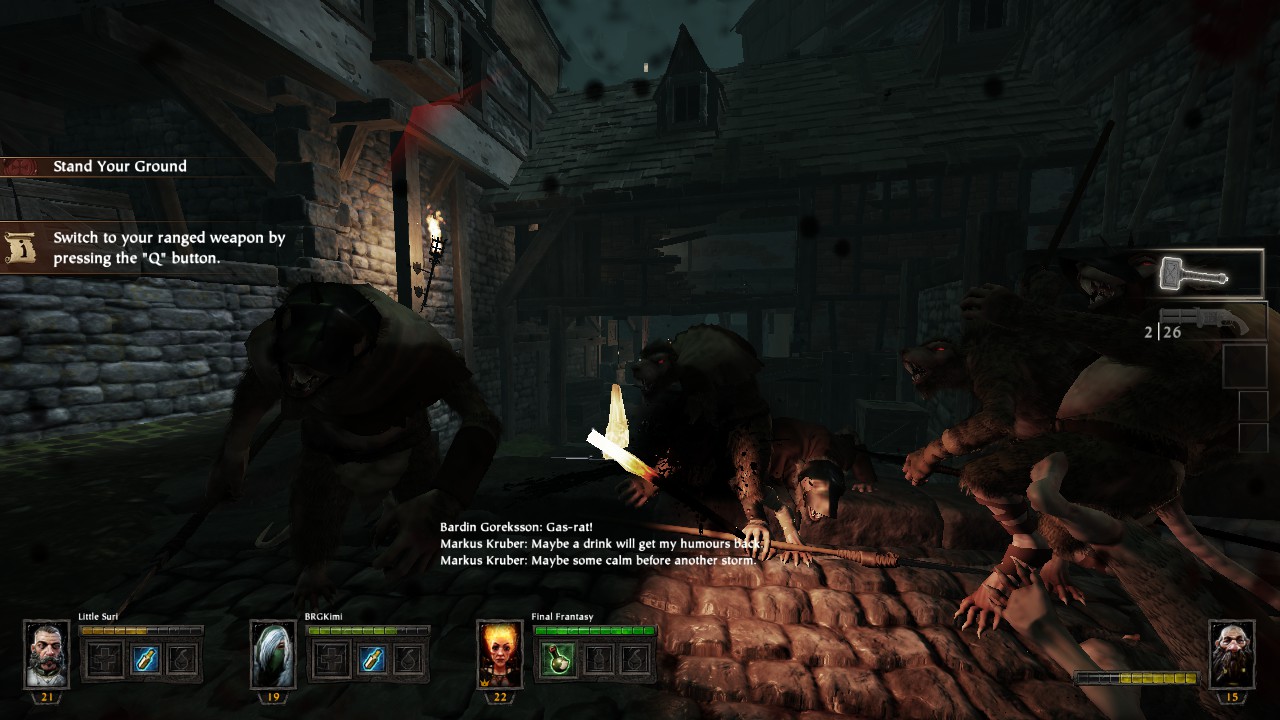 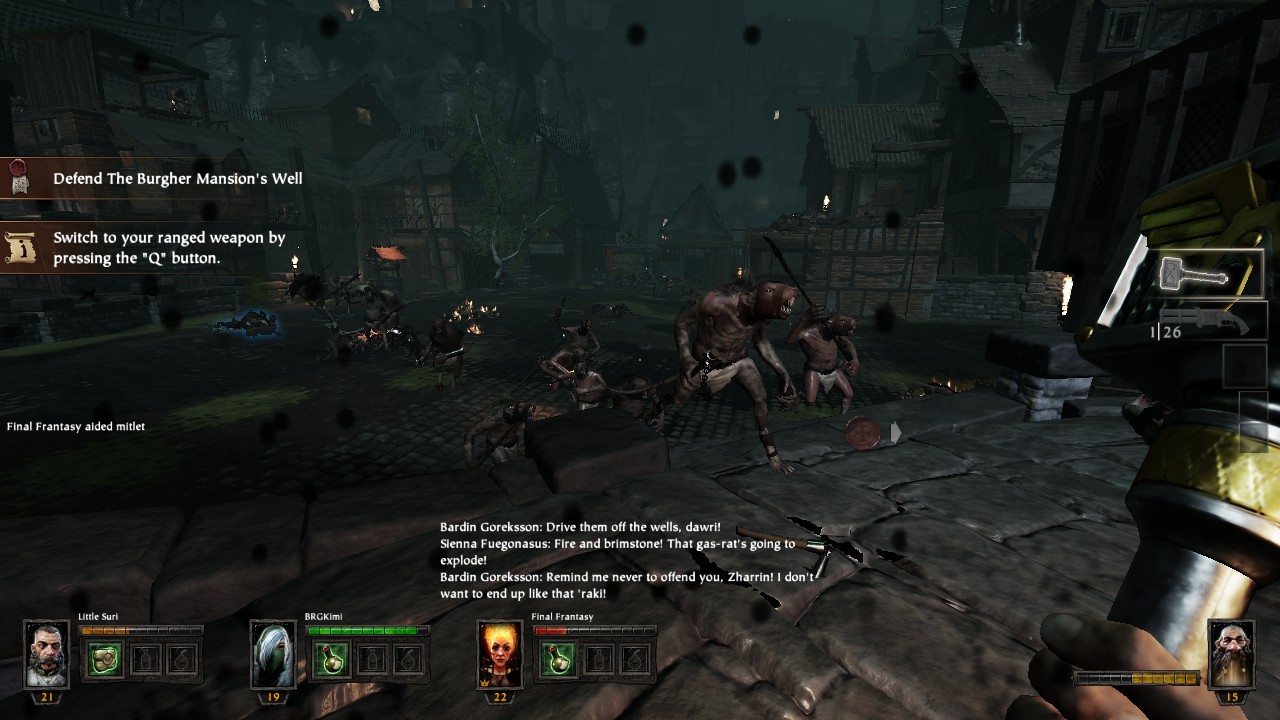 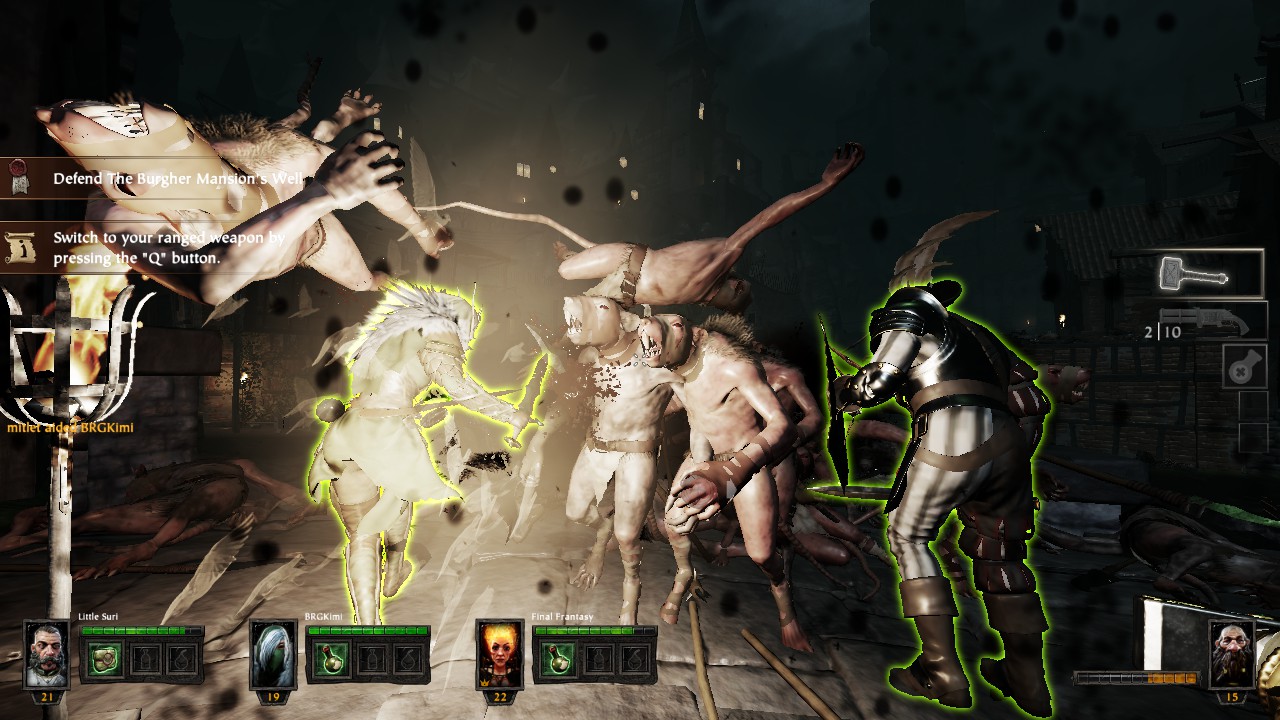 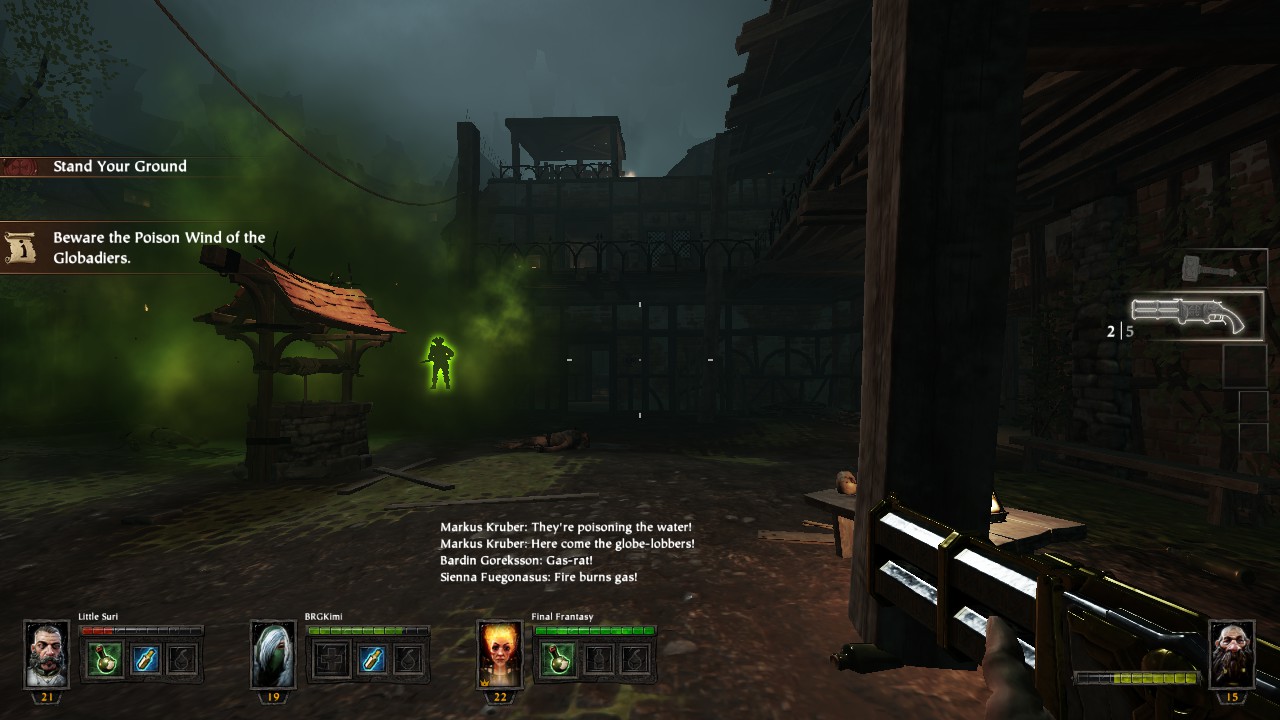