As the number of cars on the road increase, the possibility of collisions and/or accidents increase with it. So, many car owners in the country have opted, like many others in countries like Russia, to purchase a proper dash cam for their automobiles to record their trips in case of possible collisions and/or accidents. One of the dash cams recently released in the market is the DrivePro 520 Car Video Recorder from Transcend and we got to use one with our car for a few weeks to try out its features and capabilities to see how well it performed and if, among the many other dash cams available in the market, would be a good choice for a dash camera.

The DrivePro 520 comes in a simple box with your standard array of images, labels, and information including the company logo and model name of the device. The box also gives you all the important features and details of the DrivePro 520 that you’ll need to know before picking the camera up including its Full HD 1080p and HD 720p Recording, Built-in GPS receiver, Built-in Wi-Fi, and Dual Lens Setup. Opening up the box reveals the camera itself, a small white box which holds the accessories, and a 32GB Transcend high-speed microSD card. Inside the accessories box are the windshield mount and the power adapter. The DrivePro 520 basically comes with everything you need to get it up and running without much of a hassle. 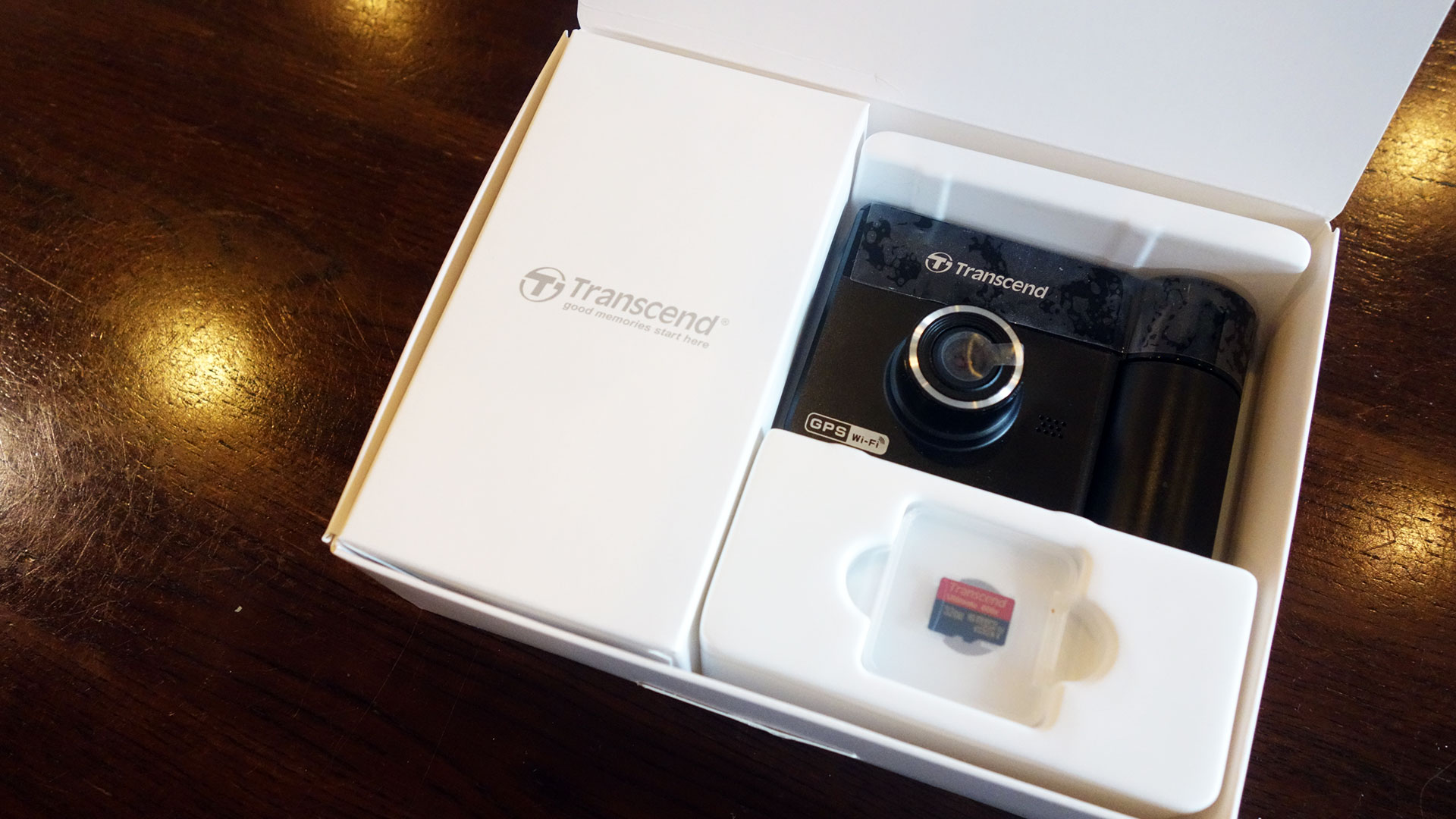 The design of the camera itself is mostly functional rather than aesthetic. It features a square-shaped main body and a cylinder on one of its sides. The main body houses the front f/1.8 aperture 130-degree wide angle camera lens, LCD display, microphone, the mounting hole, most of the interior electronics, and all of the controls and buttons. On the other hand, the cylinder holds the rotating f/2.8 aperture 110-degree angle rear camera and four infrared LEDs. The body of the camera itself is a bit large which necessitates placing it a bit higher up on your windshield so that it doesn’t block too much of your view while driving.

As previously mentioned, the front of the camera features the device’s main lens and microphone while most of the back of the camera is taken up by the 2.4-inch Color LDC display while a row of four buttons is laid out just under it. The four buttons have different functions depending on the current state of the camera. Some of the functions include Power, Library, Settings, Snapshot, Up/Down, Back, and more. An Emergency Recording button is found on the bottom of the device while the side opposite of the rear camera cylinder houses the USB port and the microSD card slot. 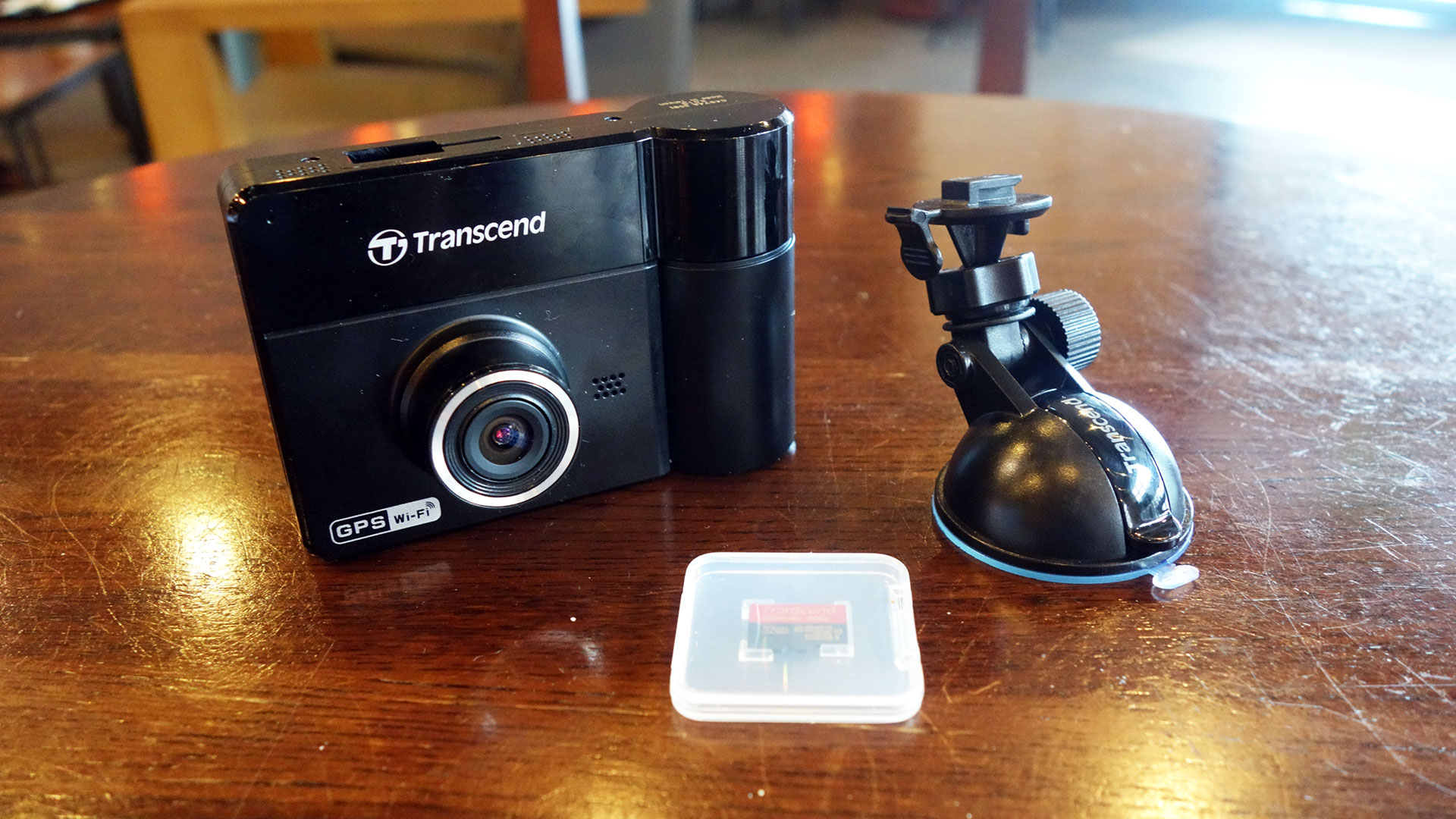 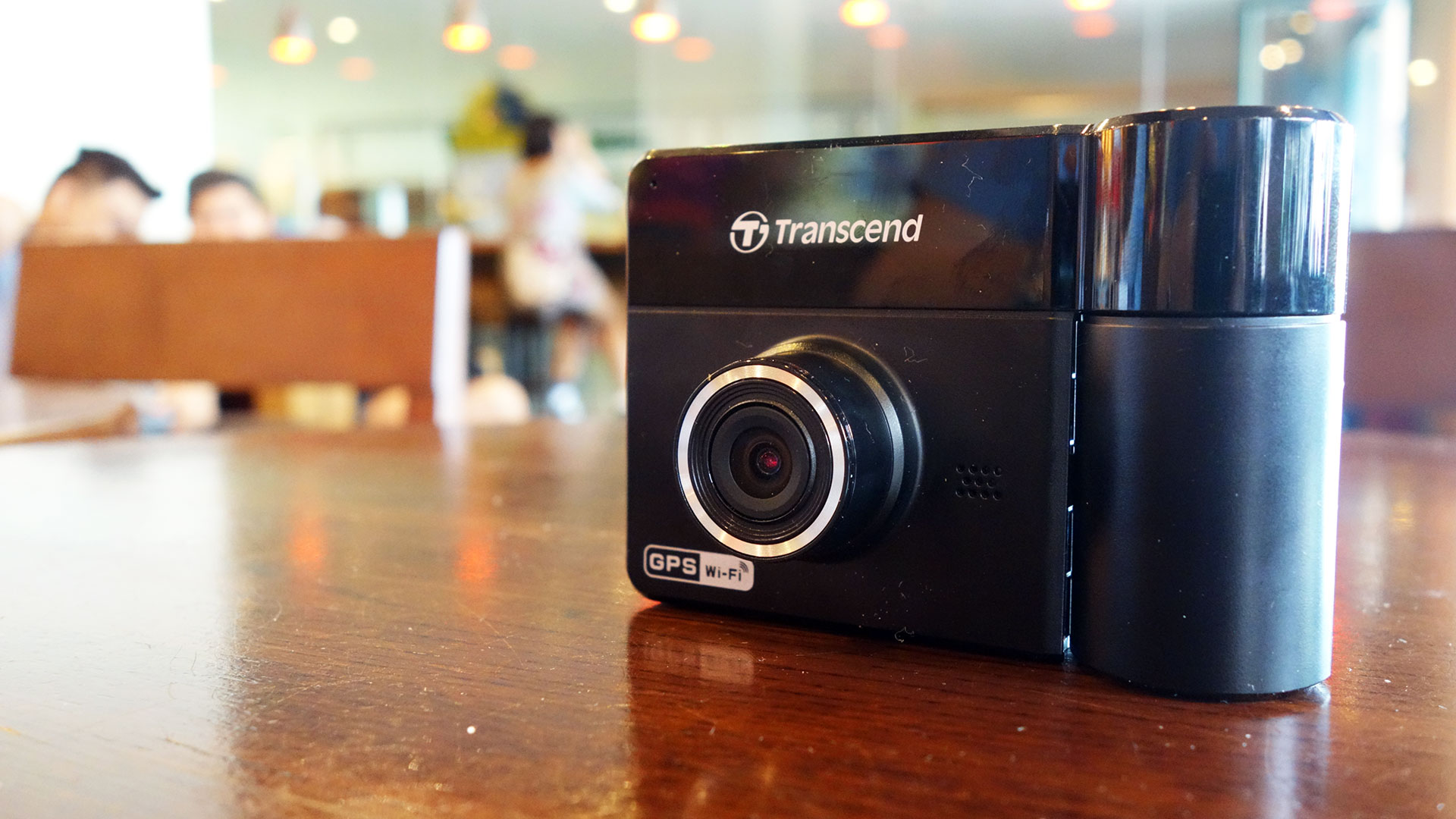 Setting up the DrivePro 520 was fairly easy and straightforward. After attaching the mount to the camera and mounting the whole assembly to my car’s windshield, I routed the power cable around the top and side of the windshield then inside the space between the dash and passenger-side door then under the passenger-side floor carpet then finally up to center console where I plugged it into the lighter socket. Routing the power cable that way left me with a clean, unobtrusive setup that hid the cable well enough that it wasn’t noticeable at all.

Operating the DrivePro 520 was even simpler than setting it up as it automatically switches on and starts recording when the car’s ignition is turned on. Once it’s been switched on, the rest of the DrivePro 520’s features become available including the Snapshot Function which takes still images even while recording video, the Emergency Recording feature that records the few seconds before and after the feature is activated and protects the file from being overwritten, and pairing with a mobile device to allow viewing and downloading of the saved recordings and still images. Additionally, the camera can easily be taken off its mount and detached from the power cable for taking still images of collisions and/or accidents.

Overall, the video recordings from both the front camera and the rear camera as well as the still images taken by the DrivePro 520 were very impressive in both day and night environments. The full HD 1080p video recordings from the front main camera were very clear with minute details such as plate numbers bring easily comprehendible and could definitely be used for not only recording trips but also reviewing collisions and/or accidents while the HD 720p video recording of the rear camera clearly captures the state of the car interior and its passengers. Additionally, the built-in microphone is able to capture from within the near vicinity of the car as well as the interior quite clearly. 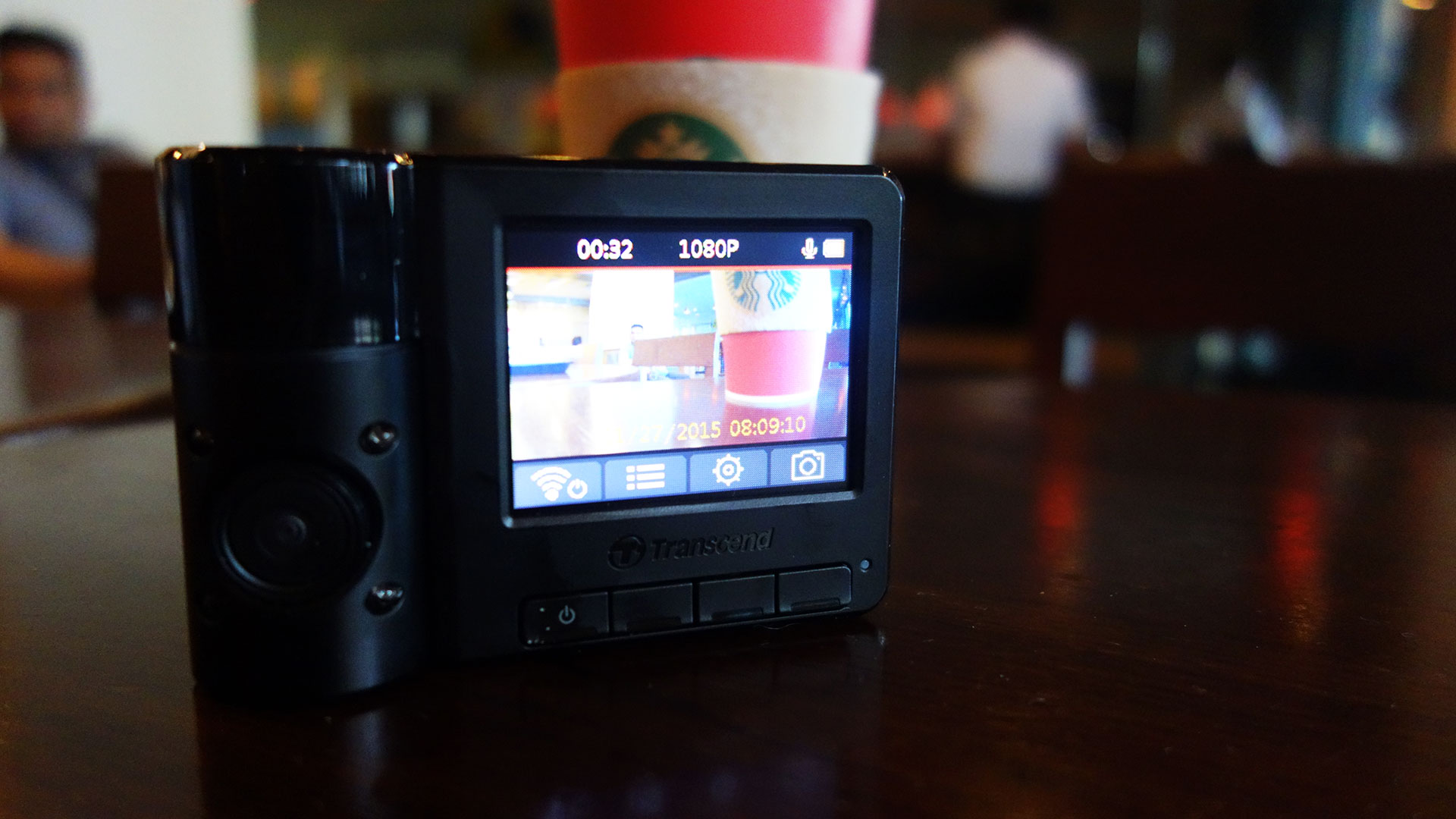 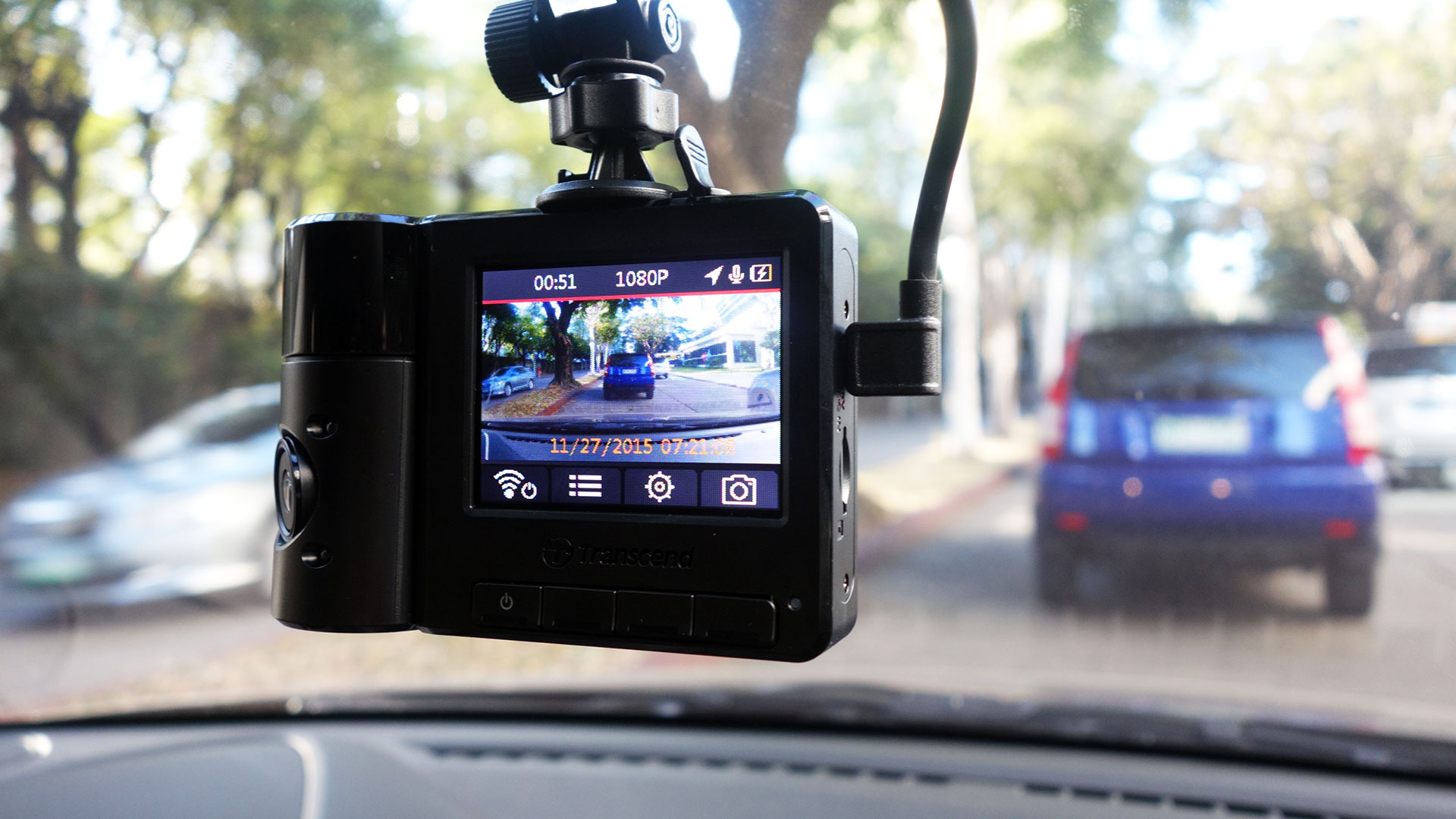 The DrivePro app was very useful for not only adjusting the camera’s settings but also for quickly and conveniently reviewing both video recordings and still images captured by it. Once paired with a device with the app, setting up the camera becomes quite easy as users no longer need to fiddle with the camera’s small display and limited controls and instead use their device’s touchscreen to easily change the camera’s settings. The app also lets users easily review and show the events of a collision or accident which will in turn allow them to resolve the event swiftly. This feature adds a layer of convenience that many other dash cams don’t offer.

In closing, the Transcend DrivePro 520 is a very capable and impressive dash camera with all the features you would need and more. The box comes with everything you’ll need to start recording your trips and setting it up for use is extremely easy even for those without much experience or knowledge about gadgets or technology. The quality of the footage you get from the DrivePro 520 is more than good enough for its purpose and the features that compliment it will only make you feel more secure about your trips once you’ve set it up. We’re seriously impressed with the DrivePro 520 and we definitely recommend it to anyone looking to get a dash cam for their automobiles.