The Last of Us was undeniably one of the best exclusives ever released on the PlayStation 3 and was even further improved when it was remastered for the PS4. It’s even considered by many as one of the best games ever made. The PlayStation classic combined impressive gameplay with an even more impressive and engaging story that centered on the purposeful journey as well as the inter- and intrapersonal growth of the game’s two main protagonists, Joel and Ellie. It was such an excellently conceptualized and executed formula that it would be normal to expect that The Last of Us Part 2 would be mostly more of the same.

However, Naughty Dog has taken The Last of Us Part 2 in a rather unexpected and significantly different direction. Rather than focusing on rays of hope in a dire world, it instead magnifies the dark and destructive potentials of the human experience. Instead of an epic journey of purpose, it takes on a more inward-looking and personal tale of revenge amidst the larger backdrop of its chaotic world. The shift in its narrative focus is only one of many unexpected directions the game takes that significantly subverted my own expectations and left me excited to see what else they would or where they would take it. 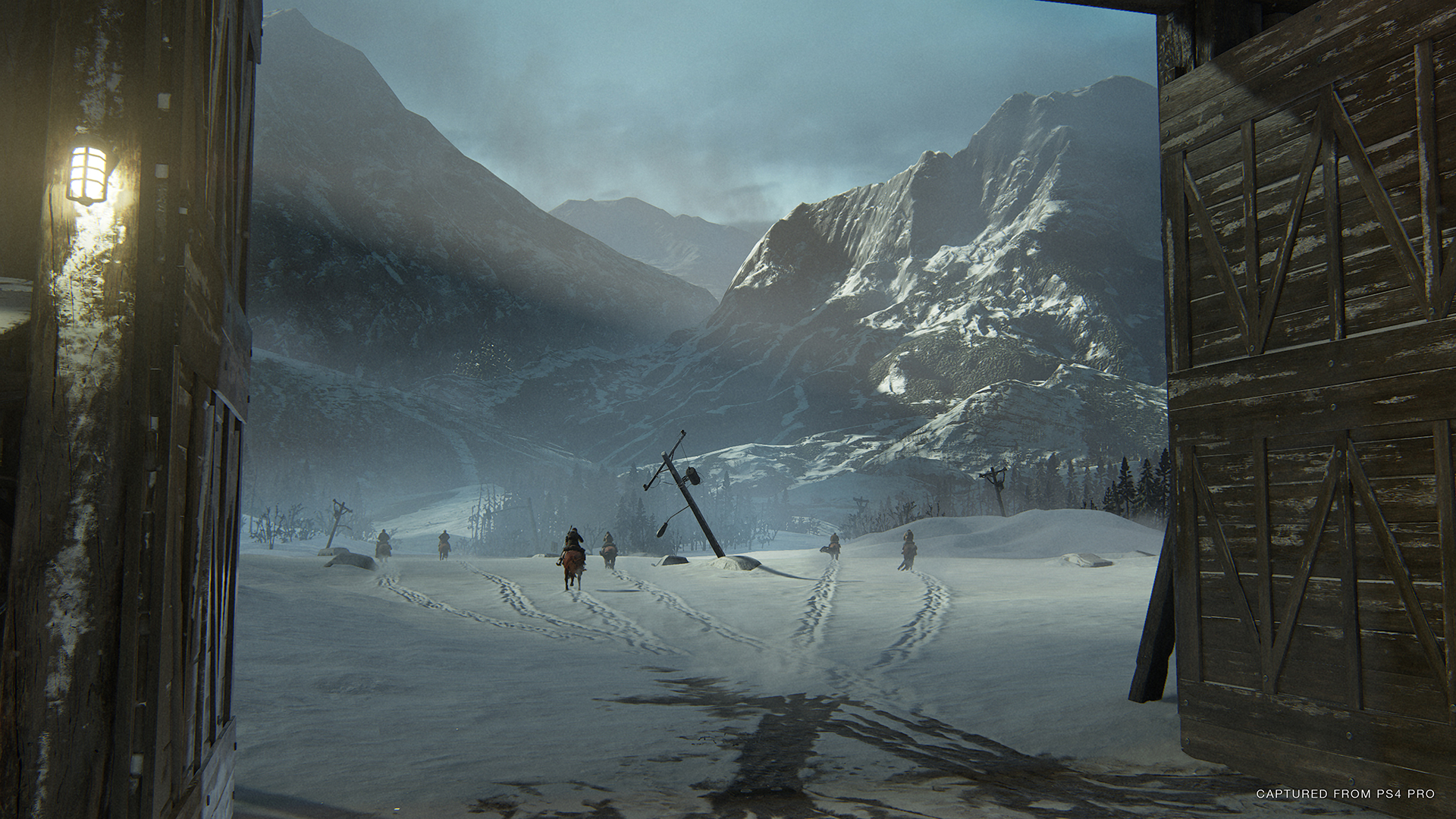 A Spectacle of Sights and Sounds

As soon as the game starts, the first thing it presents to you is its amazing visuals and music. Naughty Dog has always been great at blending both stunning visuals and immersive music to create memorable cinematic moments in its games and The Last of Us Part 2 is no exception.

The visuals of The Last of Us II are some of the most impressive we’ve seen on the PlayStation 4, with incredibly detailed character faces and expressions along with stunning backgrounds and environments that are complemented by excellent lighting effects. Even areas that are significantly dark or feature stark lighting contrasts are rendered so effectively, creating an environment that’s dramatic yet discernible. Naughty Dog truly pushed the limits of the PlayStation 4’s capabilities with The Last of Us Part 2 and did so quite excellently.

Accompanying the game’s impressive visuals is its amazing soundtrack that helps make the experience exponentially more dramatic and engaging. From somber and ominous pieces to ones that are slightly comforting amongst the game’s largely dark tone, the soundtrack of The Last of Us 2 significantly helped draw me in and keep me focused. The game’s sight and sounds, along with the excellent performances of the game’s main cast, The Last of Us Part 2 plays host to some incredibly memorable set pieces. 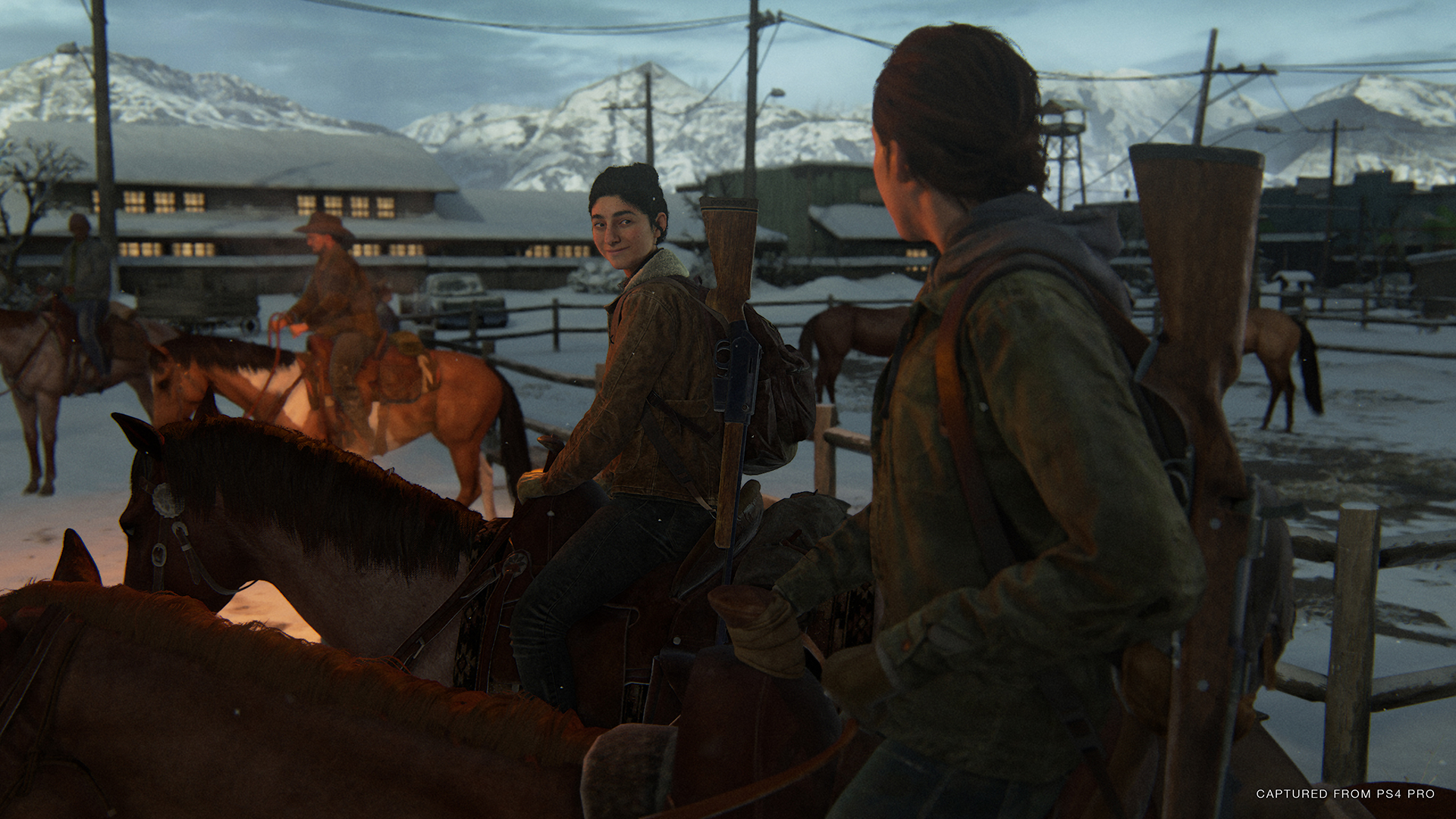 The amount of thought and detail put into the gameplay of The Last of Us 2 is astonishing. While many of the core mechanics from the first game are mostly preserved, Naughty Dog has improved them significantly. Both movement and melee combat look and feel much smoother and more intuitive this time around. Traversing the game’s many locations, whether it’s vaulting over waist high walls, slipping through a space in the wall, or simply moving from cover to cover, is made impressively fluid and the animations for each movement and the transitions between each one has been improved significantly. The addition of crawling also adds another layer of depth and complexity to the way you’re able to tackle its levels.

The melee combat is particularly impressive with the way the camera moves as you trade blows against your opponent. The way the characters move and interact or use the surroundings during combat was also pretty amazing. From the way they dodge attacks to how they deliver killing blows, such as bashing an infected person’s head against the wall, the game’s melee combat is one of its best gameplay elements.

The game’s encounters still heavily lean towards stealth for most of the game due to the limited resources, such as ammo and crafting materials, each level provides even in its Normal difficulty. While there are times wherein playing more aggressively is possible and even facilitated, the number of enemies you end up having to deal with along with your limited resources make it difficult to constantly engage in open firefights. 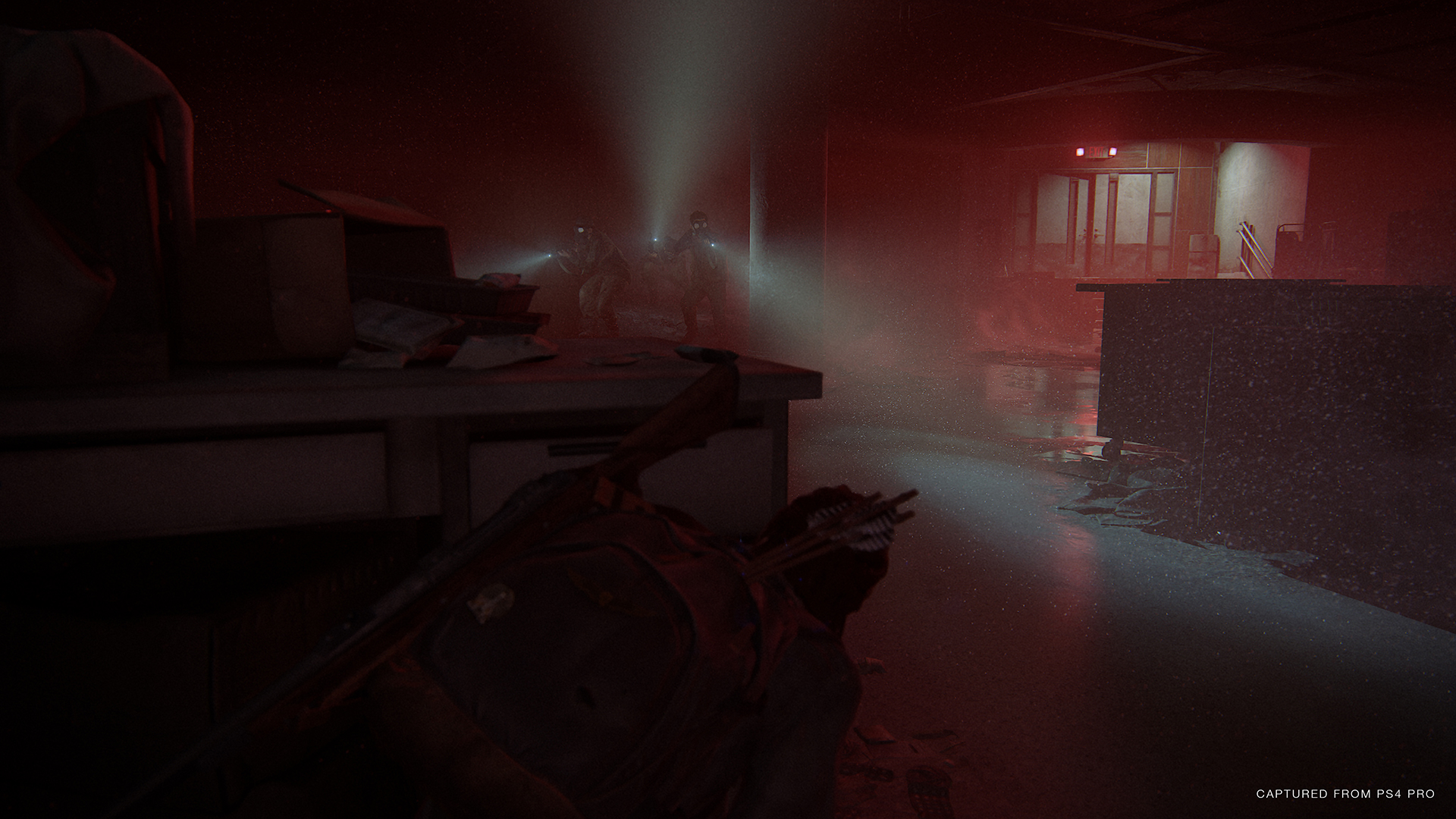 The game is somewhat forgiving in that it allows you to restart to your last checkpoint in the middle of an encounter or restart the entire encounter altogether. This allows players the option to go back and redo the current part of an encounter or even the entire encounter if they feel they would be able to execute it better if they could do it over. There were moments where I would intentionally restart a specific checkpoint more than a few times just to make sure I could get through it the way I wanted or to optimize my resources usage. It’s a nice quality of life feature that made going through the game’s encounters more manageable as there’s no pressure to go through each encounter perfectly the first time around.

Outside of and in between its combat encounters, players will be able to explore each of the levels and loot them for supplies such as ammo as well as crafting and upgrade materials. The game also offers several puzzles, such as finding codes to safes or figuring out how to enter certain areas, that grant you with even more loot that are always worth taking the time to solve.  The exploration and looting does feel tedious at times as you find yourself spending an extended amount of time checking each shelf and opening every drawer but there is a nice payoff to exploring and looting apart from being able to maximize your resources.

The game also uses this process of exploration and looting to help give players a bigger sense of the world and its history with the way it designs and presents certain areas as well as through letters than players can find. These stories not only help make the world of The Last of Us Part 2 feel more alive rather than a lifeless backdrop to your main objective but also actually help paint the game’s background and central narrative, affecting how some of the central narrative’s elements are framed. It’s an impressively executed accessory to the story that is surprisingly unsettling at how reflective it is of real-world society. 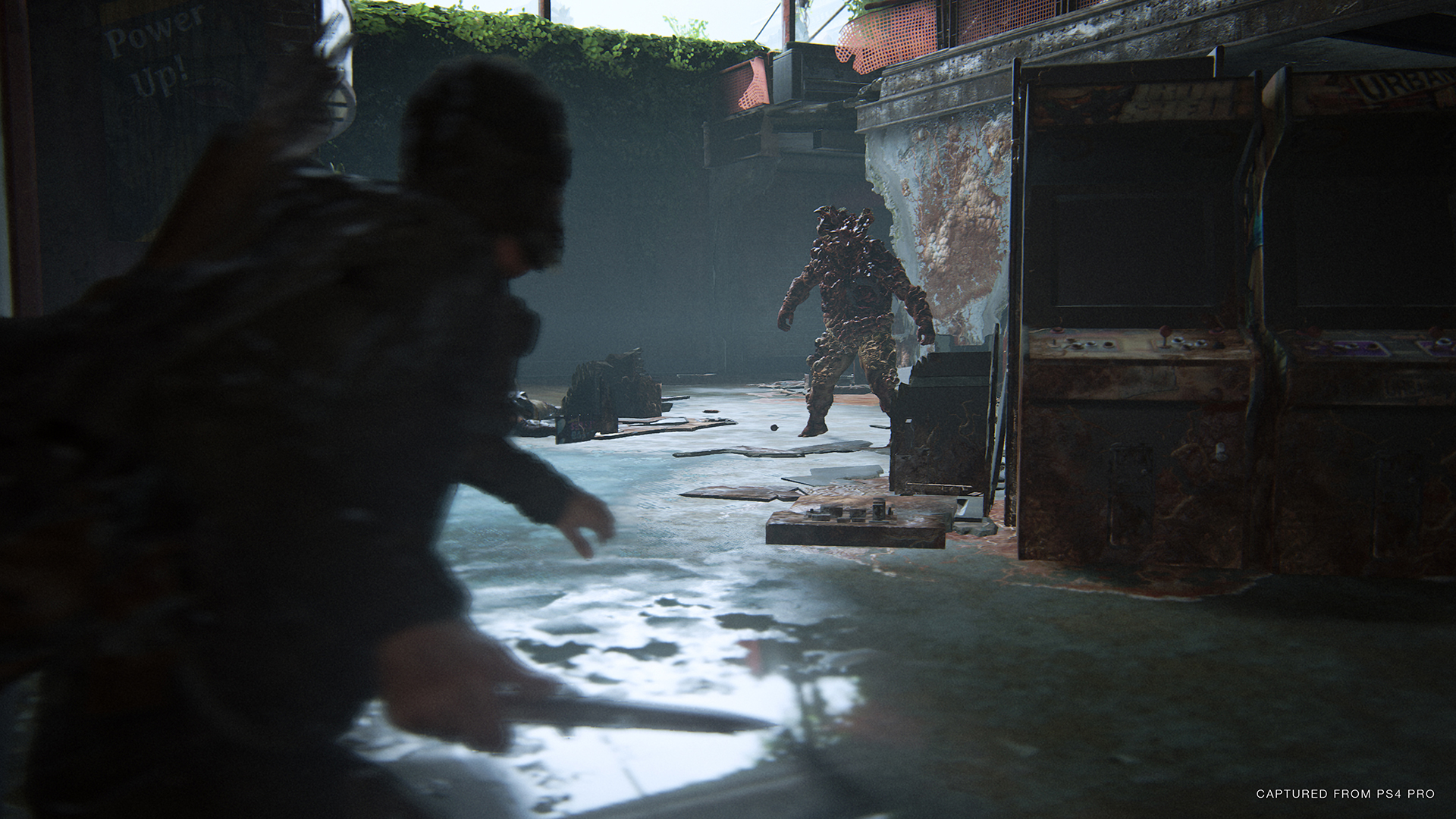 The Last of Us 2 features both weapon and skill upgrade systems that are quite different from each other. Weapons only have a few upgrades that you can add via Workbenches you come across through the course of the game using Spare Parts you find lying around. The number and type of upgrades differ per weapon, ranging from 3 to 4. On the other hand, the skill upgrades feature several trees you can unlock by finding Training Manuals. After unlocking a skill tree, you can purchase the skills in it, in order, using Supplements. While the weapon upgrade system may seem shallow in comparison to the skill upgrades, you’ll have access to several weapons throughout the game

Both the weapons and skill upgrades offer pretty notable bonuses that can significantly change your gameplay experience, such as the addition of scopes for some weapons or gaining the ability to craft silencers, which somewhat specifically makes up for the seemingly few choices for weapon upgrades. Because of the effects of each upgrade, you’ll be forced to think about where you want to invest your resources depending on your playstyle, as some of the skill trees specifically cater to certain ones such as stealth or melee combat. This is especially true in the harder difficulties where Spare Parts and Supplements are much scarcer so it’ll take longer to gather up enough resources to learn a skill or upgrade one of your weapons. 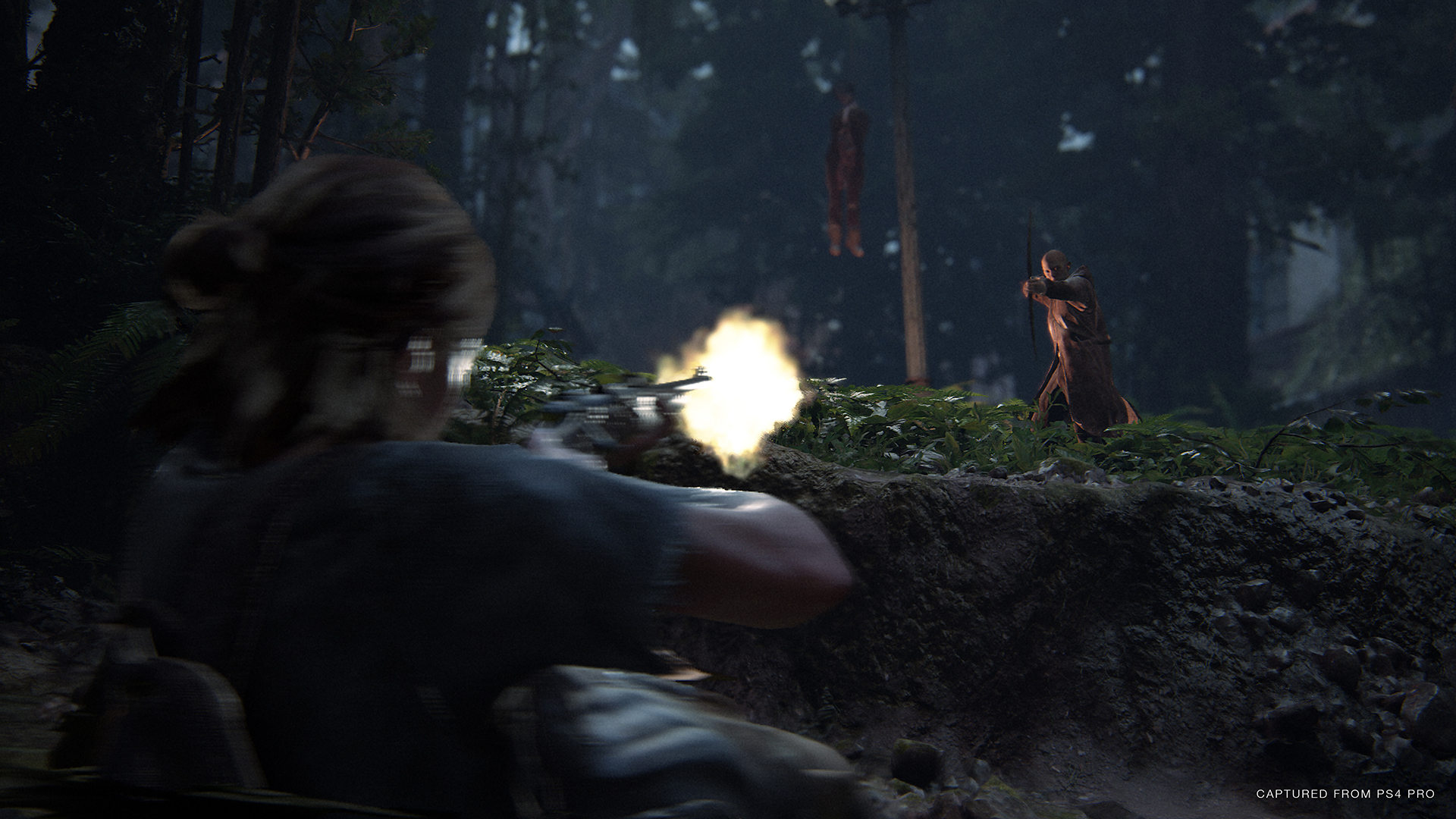 While the core gameplay of The Last of Us Part 2 continually impressed. The game gets pretty physically and mentally tiring to play. While most of the encounters aren’t particularly difficult or challenging, many of them feel excessively long, with multiple subsections and a dizzying amount of enemies to get through. Not only are the encounters particularly long but the game also thrusts you from one encounter to another and then back and forth between dealing with humans and the infected (or sometimes both). The breaks between the game’s main encounters are few and far between and even those aren’t entirely free from their own set of stealth and combat sequences.

Due to the relentless nature of the game’s encounters, the tension in the air barely gets an opportunity to dissipate throughout most of the game, which constantly puts you on edge as the game conditions you to expect or be wary of another encounter at every corner. Even the aforementioned sections that may be conceived as breaks from the rest of the game’s sheer and almost constant intensity still carry some of that same atmosphere and it feels like you’re rarely given a chance to take a proper breath apart from actually putting down your controller. And that’s apart from the game’s story. 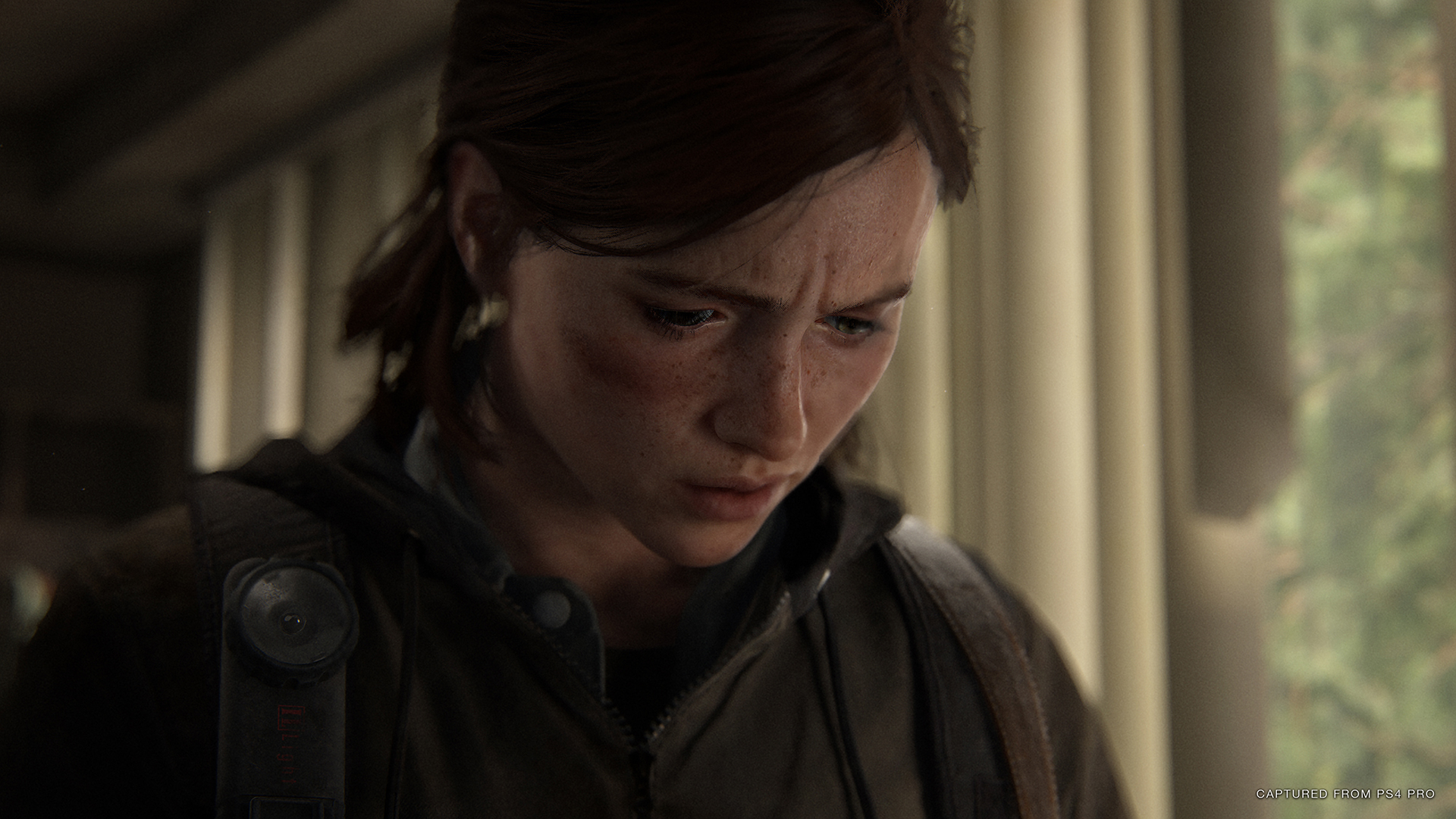 The game’s story will definitely be its most divisive yet its most complex and nuanced element. Naughty Dog has decided to take a rather unconventional and difficult path with the game’s narrative. They’ve taken a conventional revenge plot and digs deeper into its darkest depths that oftentimes left me conflicted. Although there are times that the story tends to feel rather forceful and heavy-handed, they eventually felt necessary to fully drive the game’s messages across. It’s sudden shifts in pacing also felt intentionally jarring and kept me questioning. It’s dark and heavy themes were also undoubtedly tiring to constantly witness and I found myself needing to take breaks during my time with the game.

In addition, many of the game’s depictions of violence are particularly graphic and while violence in video games isn’t anything new, with some even showing more gruesome scenes of rage and brutality, the sequences in The Last of Us Part 2 felt less detached from reality than other games, which made it all the more disturbing. And while many games leave you as a simple voyeur to some of its most brutal moments, many of The Last of Us Part 2’s scenes force you to be an active participant at times, making the scene more personal than it would be if it were simply another fully automated cutscene.

All of these elements made the story and gameplay of The Last of Us Part 2 feel significantly longer than it actually was. The combination of the game’s nonstop encounters and its heavy story made for an experience that was compelling and intriguing yet incredibly exhausting. Oftentimes I found myself conflicted about whether I was actually enjoying the game and by the end of it, I was both glad it was over yet grateful and unregretful of the arduous journey the game took me on. 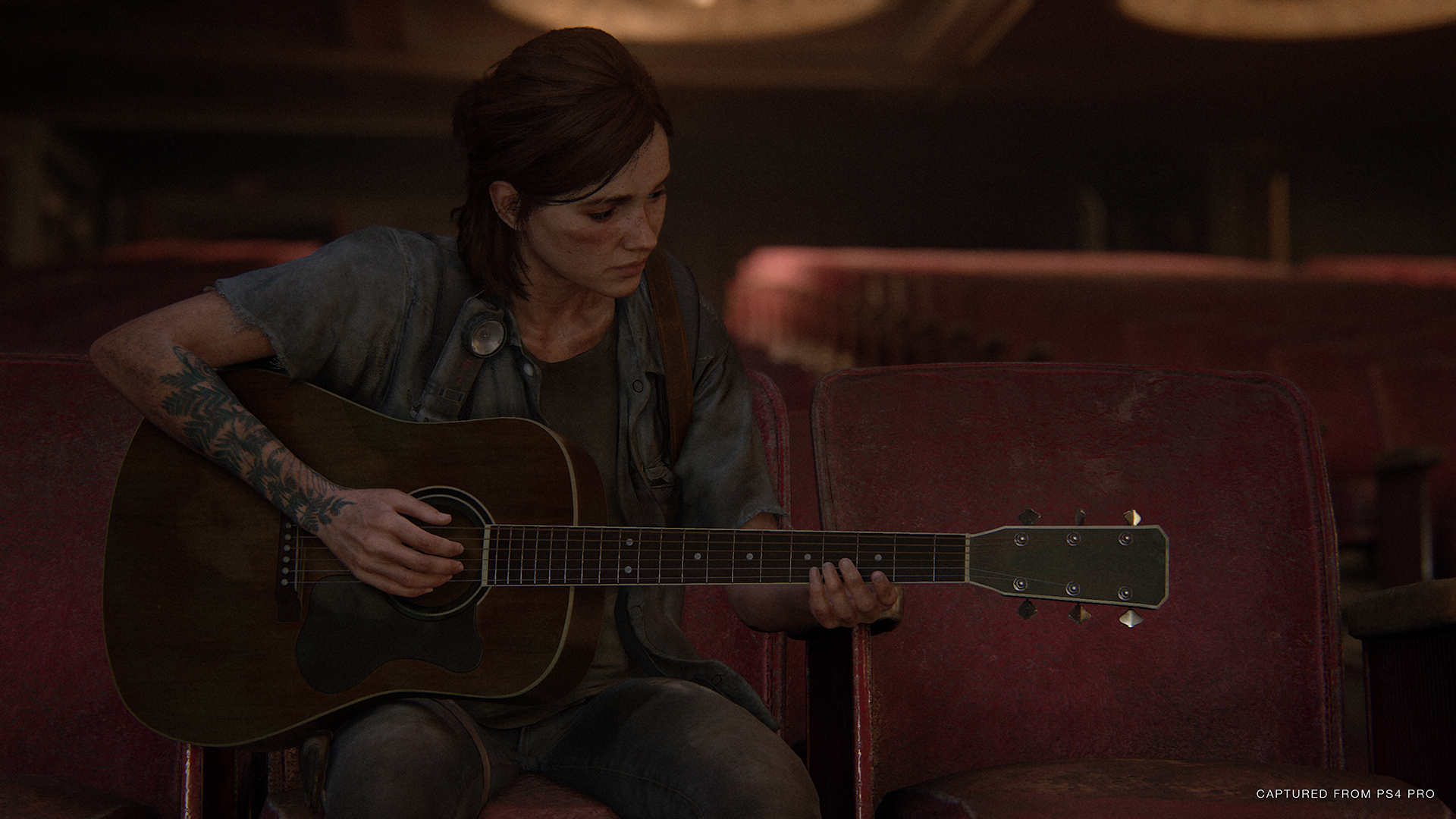 The Last of Us 2 was undeniably a challenging game to get through and even review. Not due to the difficulty of its gameplay but because of how heavy and tiring it all feels while and after playing. My thoughts, feelings, and opinions on the game constantly shifted as I went through it and more so long after I had finished it. While it’s core gameplay mechanics are as impressive as ever and its combination of great visuals and music make for a plethora of memorable moments, its exhausting and relentless encounters make it difficult to constantly enjoy the experience as I was left regularly battling my own fatigue.

Nonetheless, The Last of Us 2 is one of the most uncompromising games I’ve ever encountered in recent years. It’s one of the few games that didn’t do everything it could to sell itself to me by pandering to my own selfish expectations and biases. It unapologetically told the story that it wanted to tell in the way it wanted it to tell it. It was an incredibly large risk for Naughty Dog and they ended up with one of the most compelling and thought-provoking gaming experiences I’ve had in awhile because of it.