Plantronics is one of the more popular headset manufacturers in the esports and gaming market. Many esports events in the past few years have utilized the company’s professional and gaming headsets for their talents and competitors, respectively. The company has also released newer gaming headsets targeted at general consumers. Their latest line of gaming headsets, the RIG series has become quite popular due to the exposure the company gets from esports.

For the new RIG series, which they initially launched two years ago, Plantronics decided to do something different and designed their headsets to all be modular. The ear cups, headband, headband padding, microphones, and more, are replaceable. Accessories can also be purchased separately such as adapters for console controllers, bags, extension or splitter cables, and more.

More specifically, the RIG 500 comes in three parts – the main headband frame, the flexible self-adjusting headband, and the ear cups. The main headband frame acts as the centerpoint of the RIG-series’s modularity. On the RIG 500, the folding boom microphone as well as the headset cable are connected to the ear cups, which helps keep things less cluttered as both ear cups are inadvertently attached to each other via the cable. 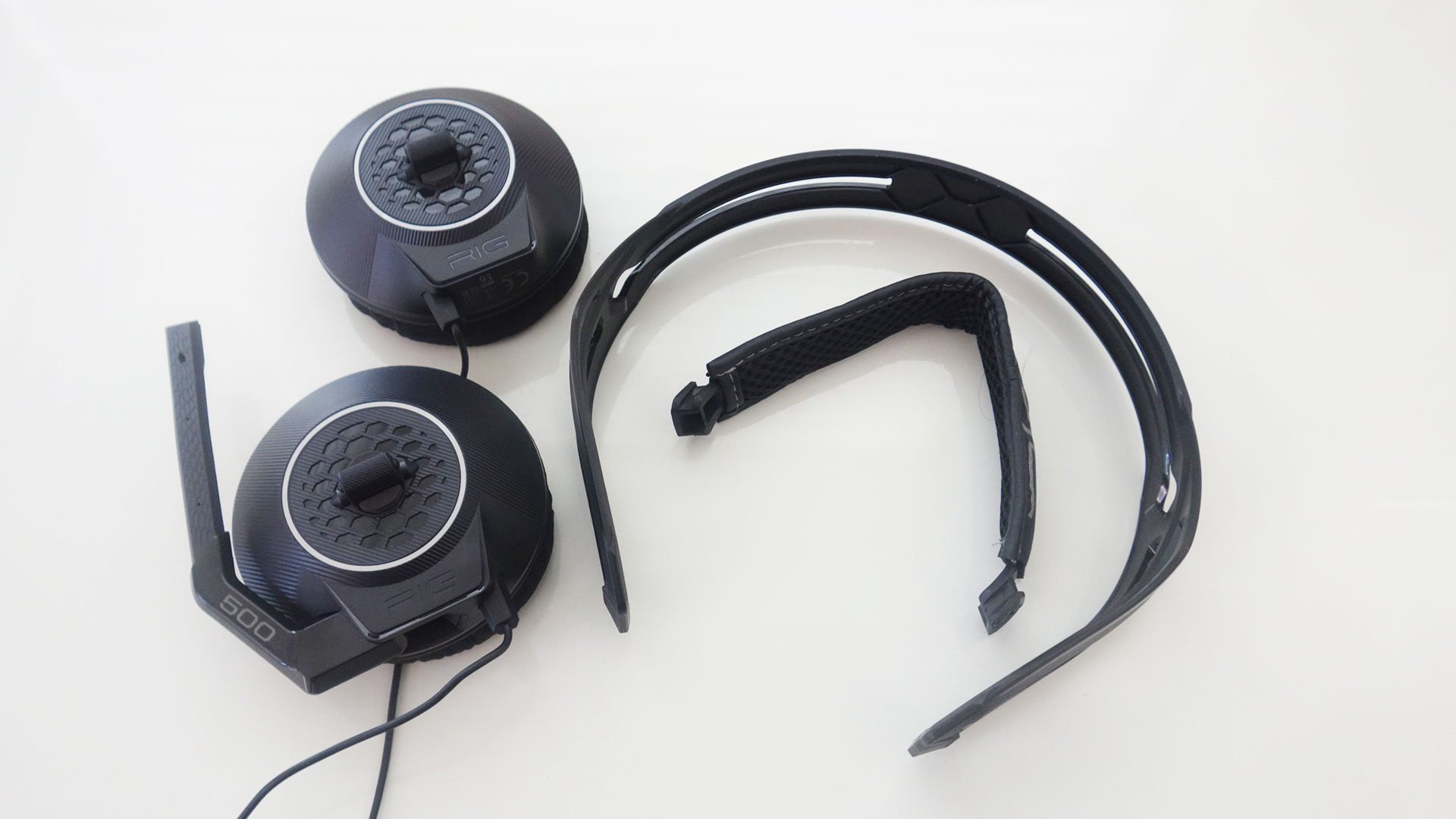 The RIG 500 features a very simple design, apart from the main headband frame. All the parts come in a dark grey with a few pieces coming in lighter or darker shades of grey and a few white accents such as a ring on the ear cup and some of the RIG 500 labels. The ear cups also feature a striped design with very thin lines and cut outs near the center. The cut outs are only cosmetic though and the RIG 500 ear cups are still closed-back. 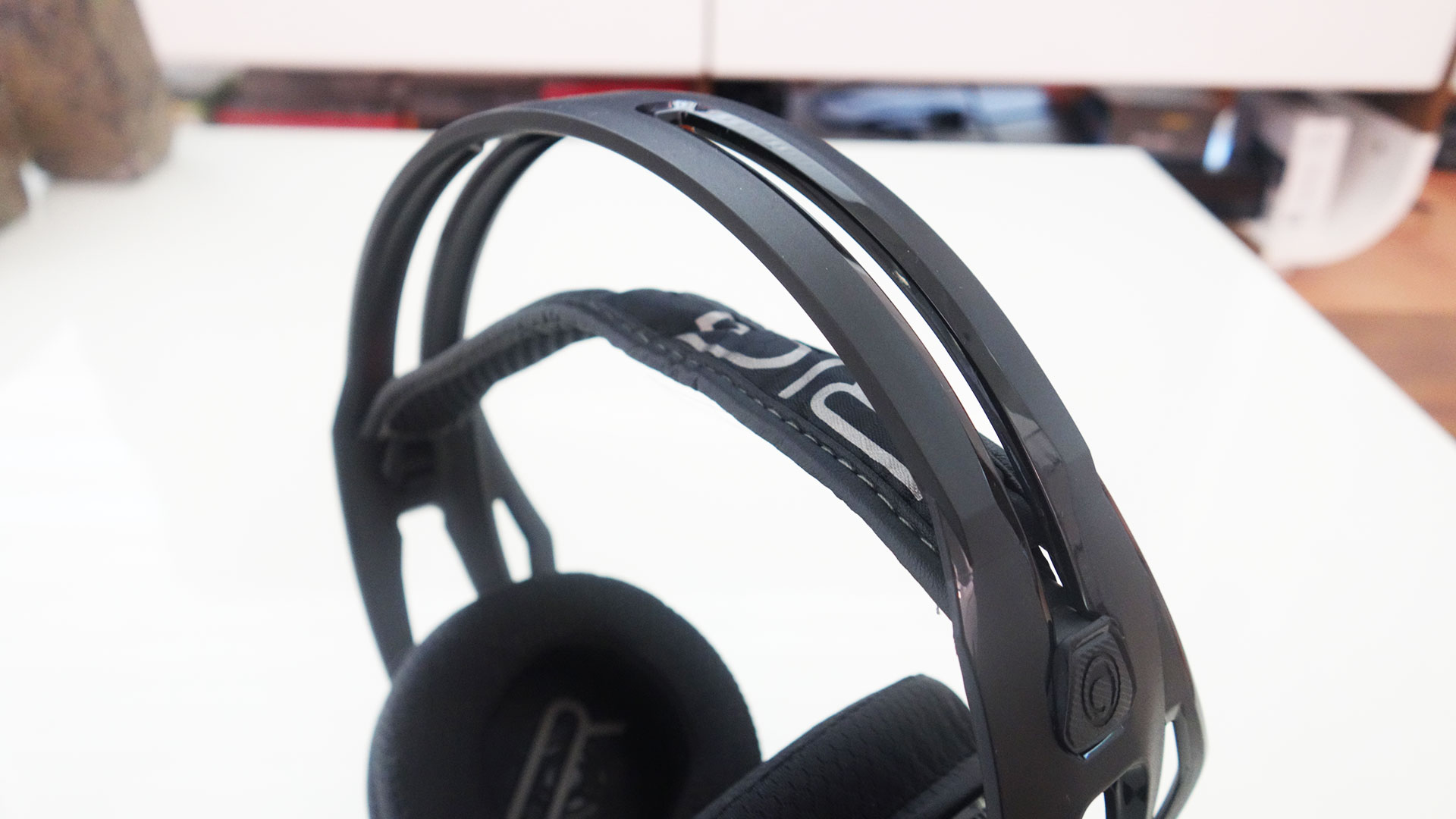 The diameter of the stock ear cups on the the RIG 500 aren’t particularly large and are supra-aural, making them sit on the ears of the user instead of around them. This makes for a less comfortable and more straining fit than circumaural ear cups, especially for those that wear eyeglasses, due the cups pressing directly on the ears. It must be noted though that your mileage may vary and the ear cups can be adjusted to fit better on one’s ears. 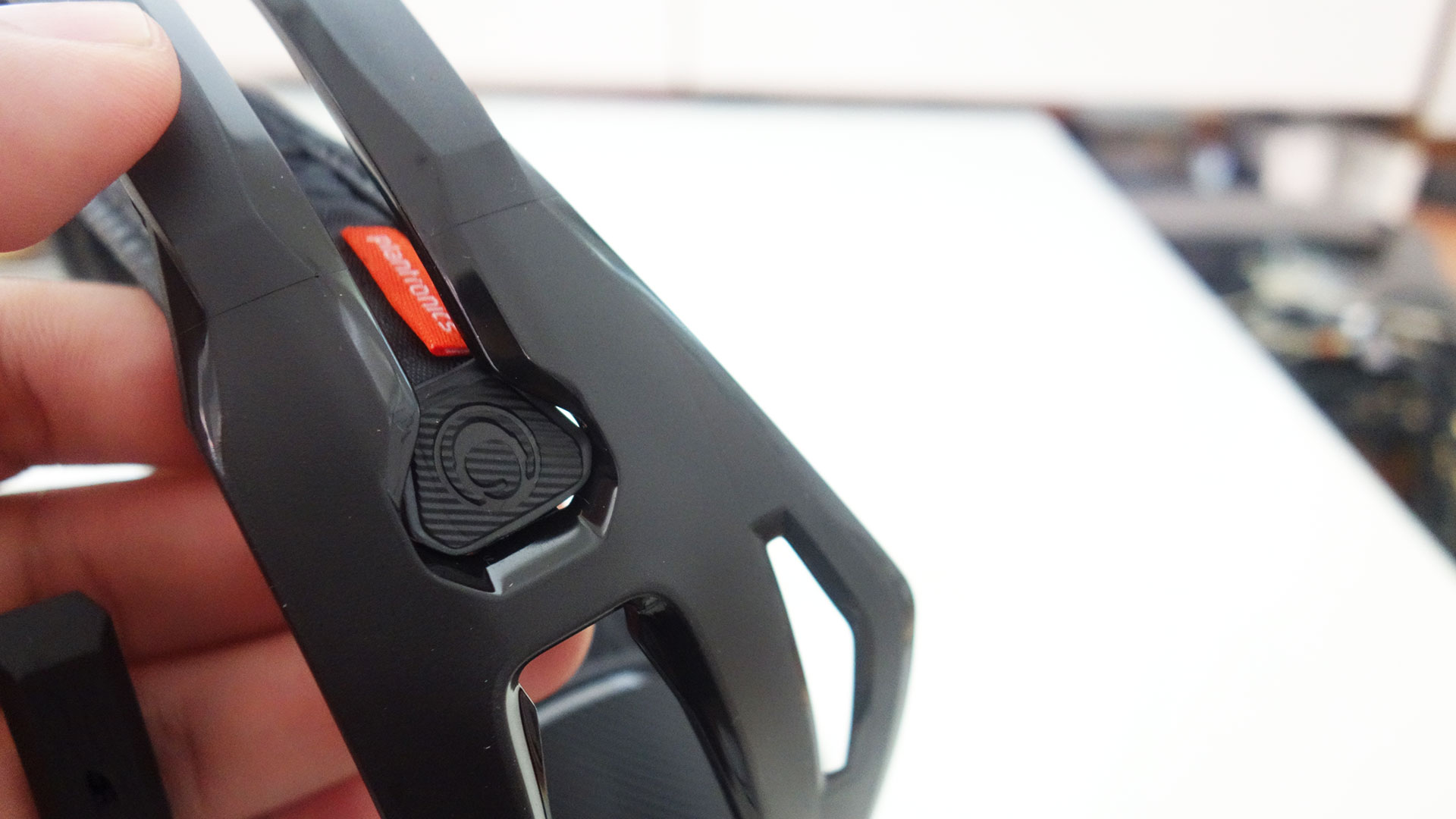 The cable of the RIG 500 is relatively short and terminates into a single four-pole 3.5mm connector, which makes it optimal for certain usage situations such as for mobile devices, some laptops, the PlayStation 4. Plantronics does include a longer Y-splitter cable that terminates into two 3.5mm jacks for stereo and microphone audio, respectively, for using it with a desktop computer and other laptops.

The microphone on the standard RIG 500 is sadly not detachable like the other headsets in the series. Although, the ear cups can be replaced with the ones from the RIG 500E, which does feature a detachable microphone. The microphone on the RIG 500 is also isn’t that impressive, with less than steller output and pickup that requires you to boost it within Windows or other software to make it audible in voice chat, which consequently also increases background noise. 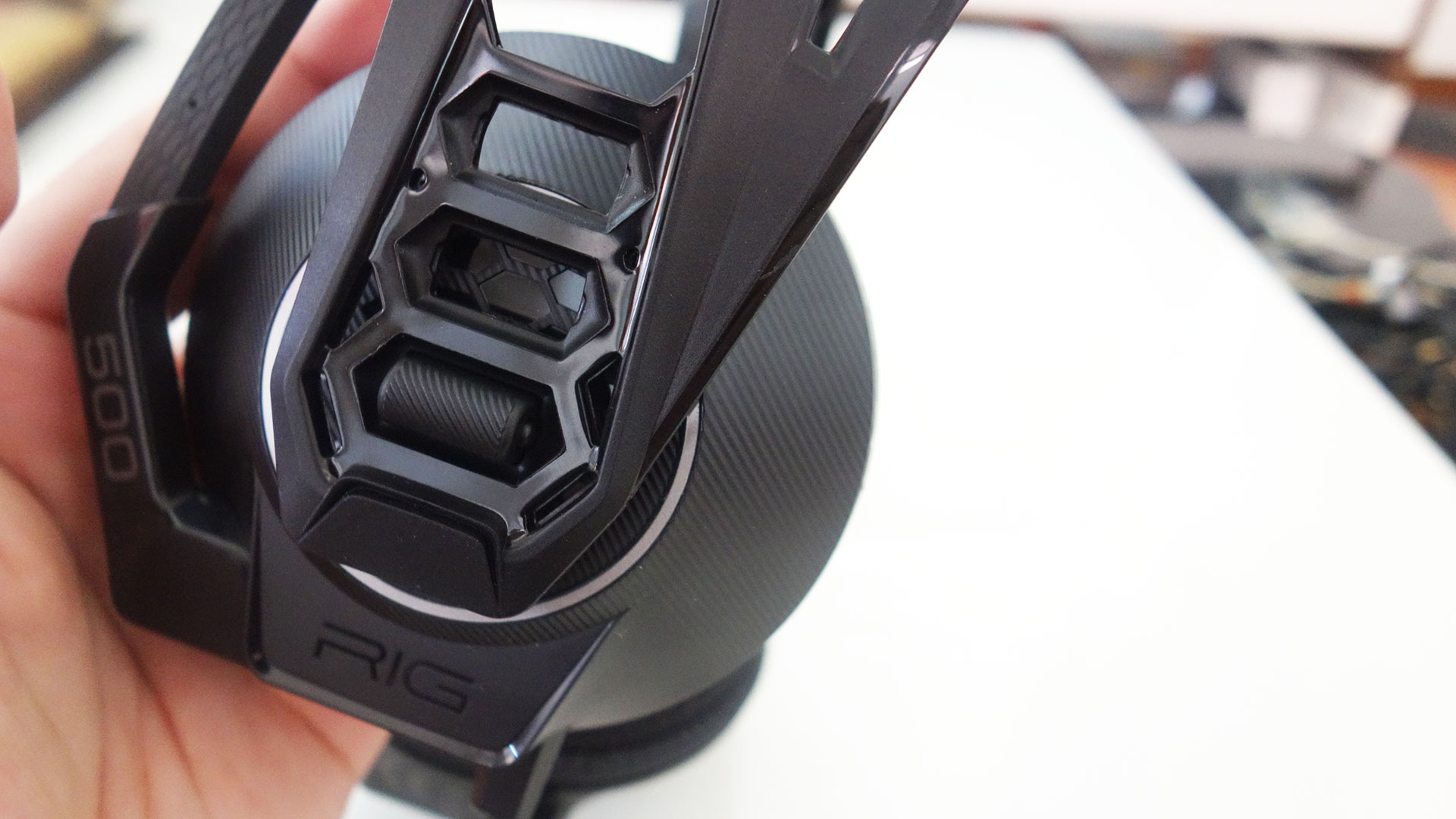 The RIG 500 features a balanced sound signature which is impressively clear although the bass sounds a bit muddled, which could be due to its smaller 40mm drivers. In spite of the closed-back design of the ear cups, the soundstage is still decent as well as the instrument separation and positional audio. The output of the 40mm drivers are relatively weak though, which requires the user to turn up their volume to get the output to a suitably audible level.

Due to the smaller ear cups, which lead to a less than snug fit, the sound isolation of the RIG 500 is pretty poor. Coupled with the weaker output, sound leakage is almost inevitable with the RIG 500. Users will be able to hear surrounding noise while the output of the headset can be heard from up to a couple of feet away, depending on the output volume. So users may want to be weary with their surroundings before using the RIG 500. 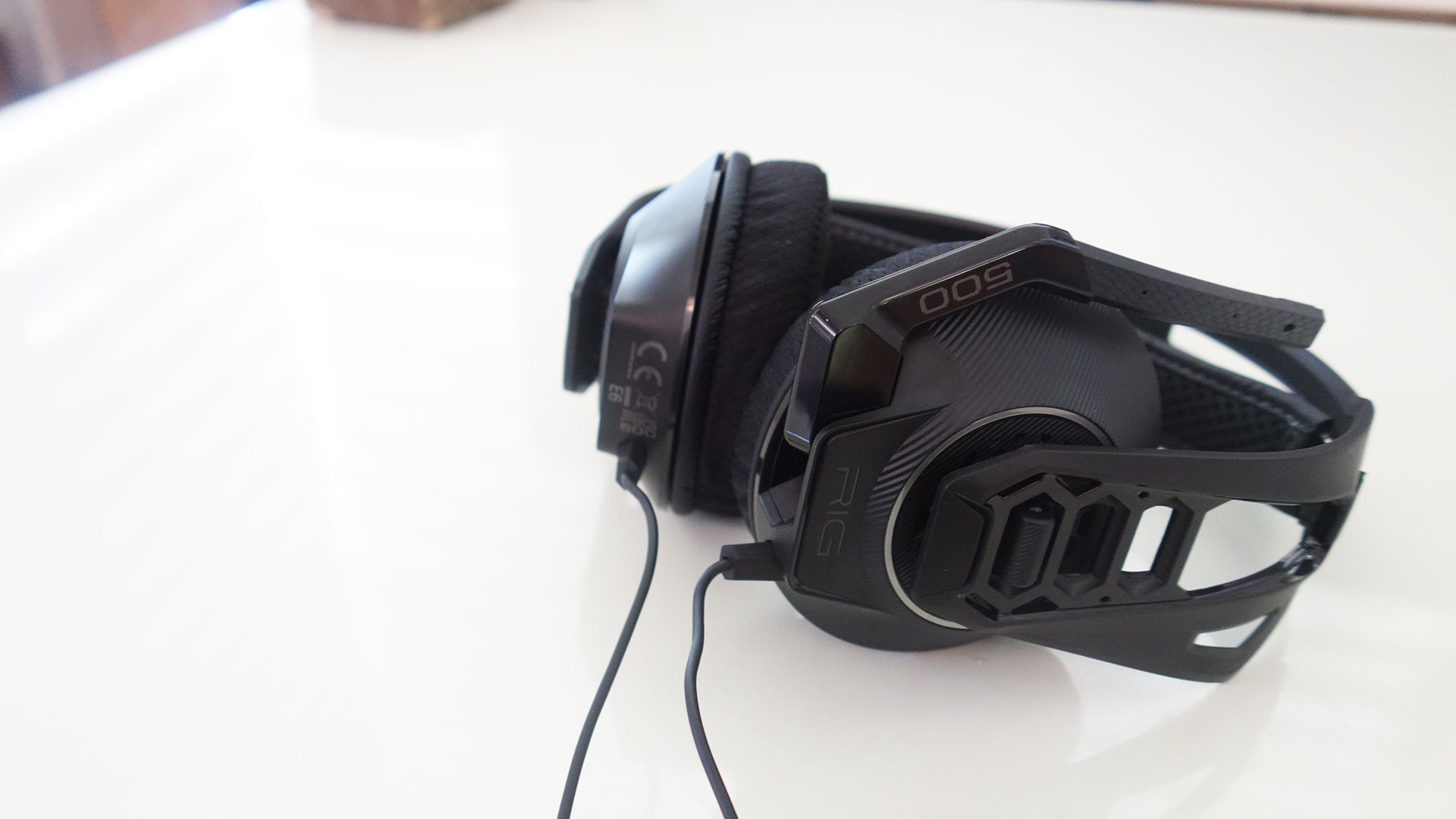 The modular Plantronics RIG line is a great series which gives customers a clear upgrade path for their headset and the RIG 500 is a nice starting point for the series for those who want to get an affordable headset. The RIG 500 features an excellent design, is fairly comfortable, and is coupled with a decent sound signature. It does have some issues such as its microphone quality and audio output but both can be somewhat remedied via software. Overall, the RIG 500 is fairly decent for a gaming headset that’s priced only a little over Php2,000 and should definitely be considered by those looking for a budget starter gaming headset.