NieR Replicant ver. 1.22474487139… may initially seem like a significantly different game than what some may remember of the original NieR from over 10 years ago. And that’s probably because two versions of the game were released at the time. The first was NieR Gestalt (or just NIER in the West) which was available on both the PlayStation 3 and Xbox 360 in North America and Europe and only on the Xbox 360 in Japan. Then there’s NieR Replicant, a Japan-only release for the PS3.

The biggest differences between the two versions are the age of the game’s titular protagonist as well as his relationship with the game’s female lead, Yonah. While NieR Gestalt features an older Nier (affectionately known as Daddy Nier) and positions Yonah as his daughter, Replicant stars a much younger Nier with Yonah as his sister instead. It is this latter version that was revealed to be the original and true story of the game, hence it being the one that has been remastered and now released for PlayStation 4, Xbox One, and PC.

The remaster was officially announced as part of the game’s 10th anniversary celebration livestream last year, alongside other new titles in the series. While the original NieR didn’t become massively successful when it first released, it eventually became a cult classic and it wouldn’t be surprising if the reason behind the decision to remaster it was due to the surprisingly immense popularity of 2017’s NieR: Automata. Because of this, it isn’t surprising that many of the remaster’s updates are expectedly influenced by it. 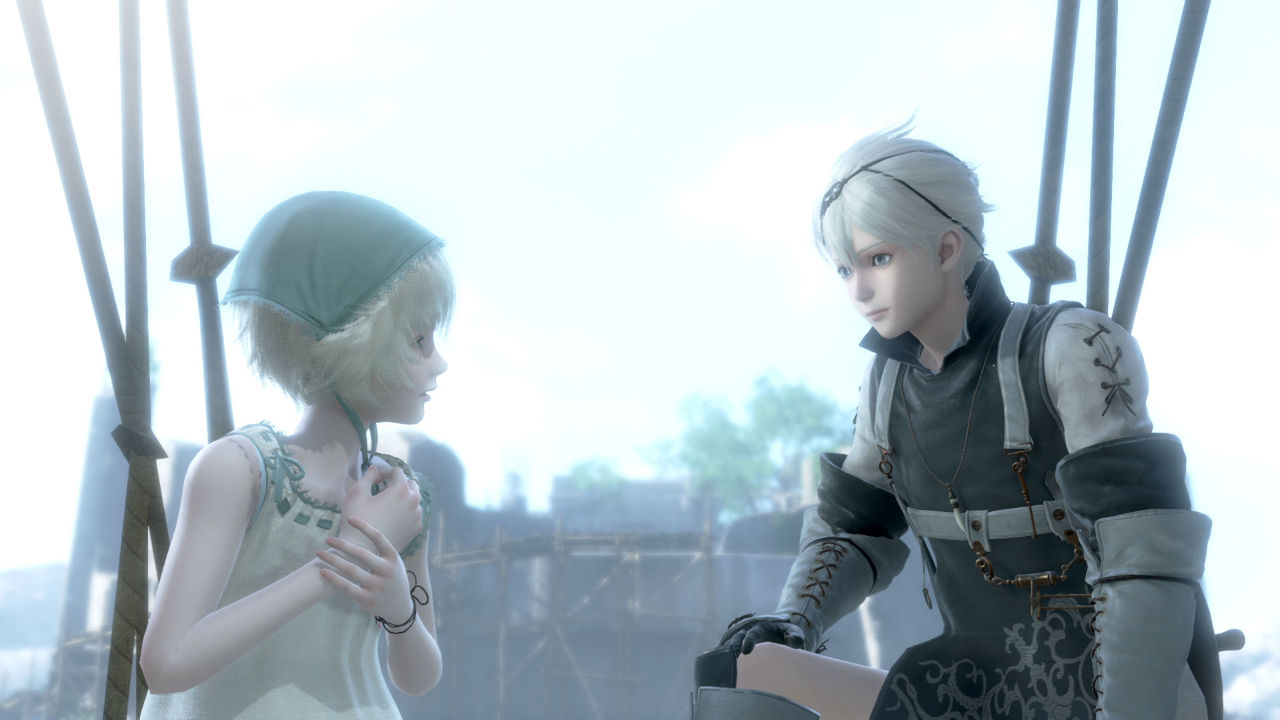 While NieR: Automata is technically a sequel to NieR Replicant ver.1.22474487139…, their individual stories and situations don’t really connect. For the unfamiliar, the game starts with players taking control of a boy taking shelter with his ailing sister in an abandoned store set in a postmodern dystopian world. The boy must then make a deal with a mysterious book to gain the power to protect his sister from a horde of attacking shades. This short section acts as the game’s basic tutorial before the story skips 1,312 years into the future.

Players then meet Nier and his sister Yonah. The latter is also suffering from a strange illness, here called the Black Scrawl, while Nier attempts to find a way to cure it. While the premise of the game seems cliche and simplistic at first, it isn’t long before it opens up and expands in so many unexpected ways. From the plot itself to the world it inhabits, the game unfolds into a bizarre yet engaging experience that plays host to a number of twists and turns that completely subvert expectations. 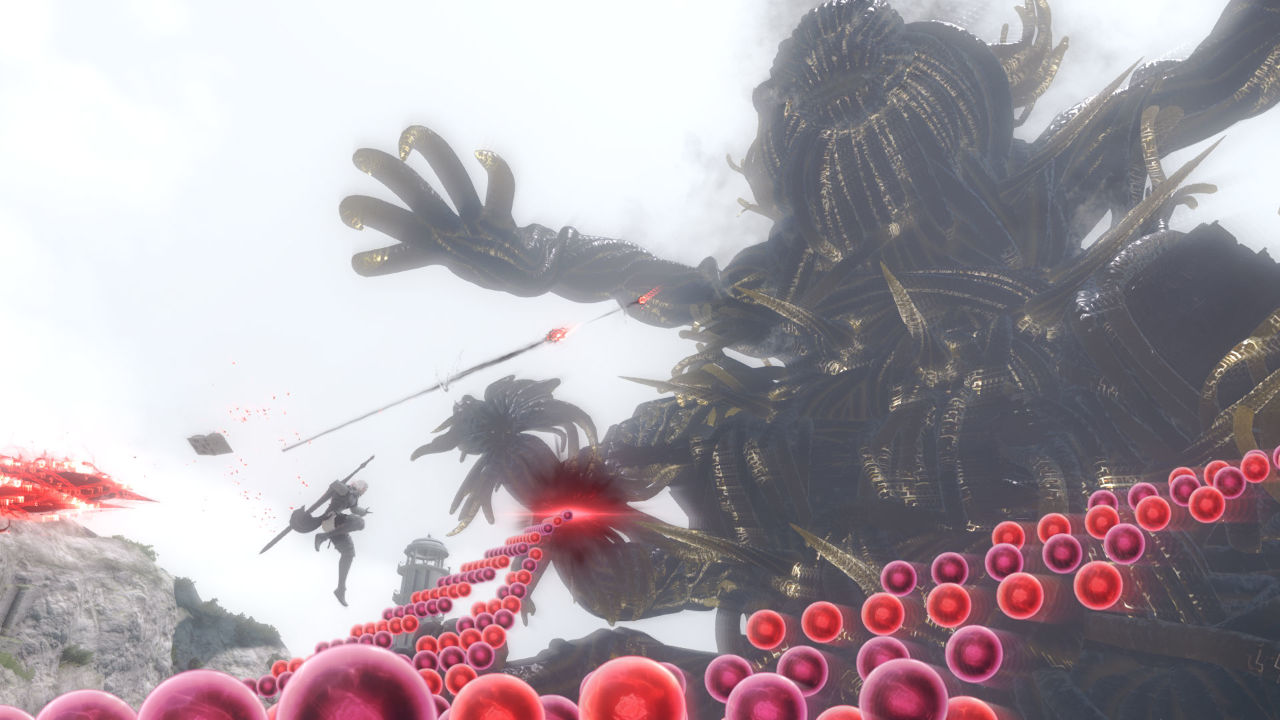 The out-of-the-box story is enriched further by the game’s eccentric cast of characters that are all excellently brought to life by both their respective English and Japanese voice actors. The remaster improves on this aspect with an updated script, re-recorded voice lines, and a ton of newly voiced dialogue not only for the main cast but also the game’s NPCs that help not only solidify and flesh out the characters even more through added interactions and banter but also bring the world around them to life.

The original’s soundtrack, which was already excellent and one of its biggest strengths, has also been redone for the remaster. Not only have the old tracks been rearranged, with the original composer Keiichi Okabe returning for the project, but new songs have also been added to the mix, showing just how much work and effort the folks behind the remaster have put in. The new soundtrack is now more cinematic while maintaining the contrasting characteristics of the original that help set the backdrop and feel of the game’s story and setting. 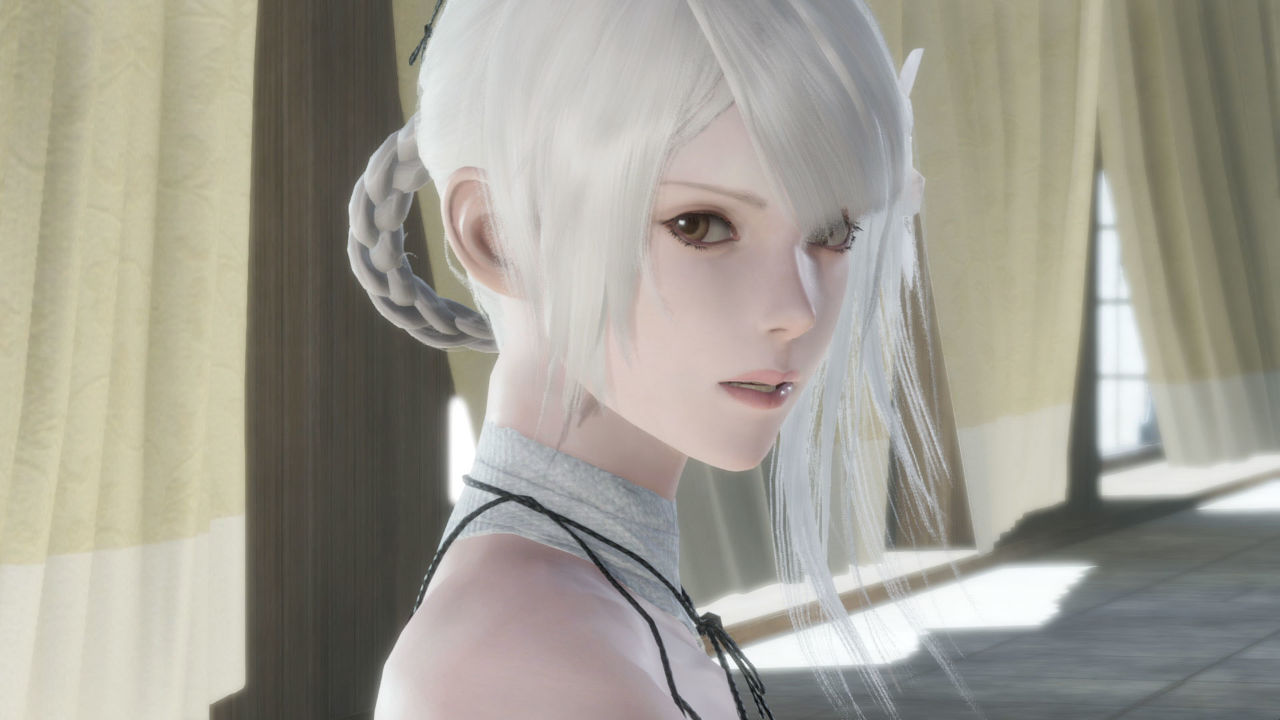 Up front, the most obvious upgrade executed with the remaster is its visuals, an aspect that was hailed to be one of the original’s weak points. But more than just simply updating the original’s visuals by improving the models, textures, lighting, environments, and effects, the remaster’s graphics have also been brought closer to the style and treatment of NieR: Automata. These include redesigned character models, a slightly more vibrant and high contrast color palette, brighter lighting, and over-the-top visual effects.

The visual updates are most clearly witnessed during the game’s numerous cutscenes where players can fully appreciate the new character models, textures, and lighting. The remaster also features technical updates such as bringing the gameplay to 60 fps to better facilitate its combat. Toylogic has done an amazing job with all the remaster’s visual upgrades and changes that NieR Replicant ver.1.22474487139… looks much more like a recently released game than a simple remaster while also providing more visual coherency between it and its indirect sequel. 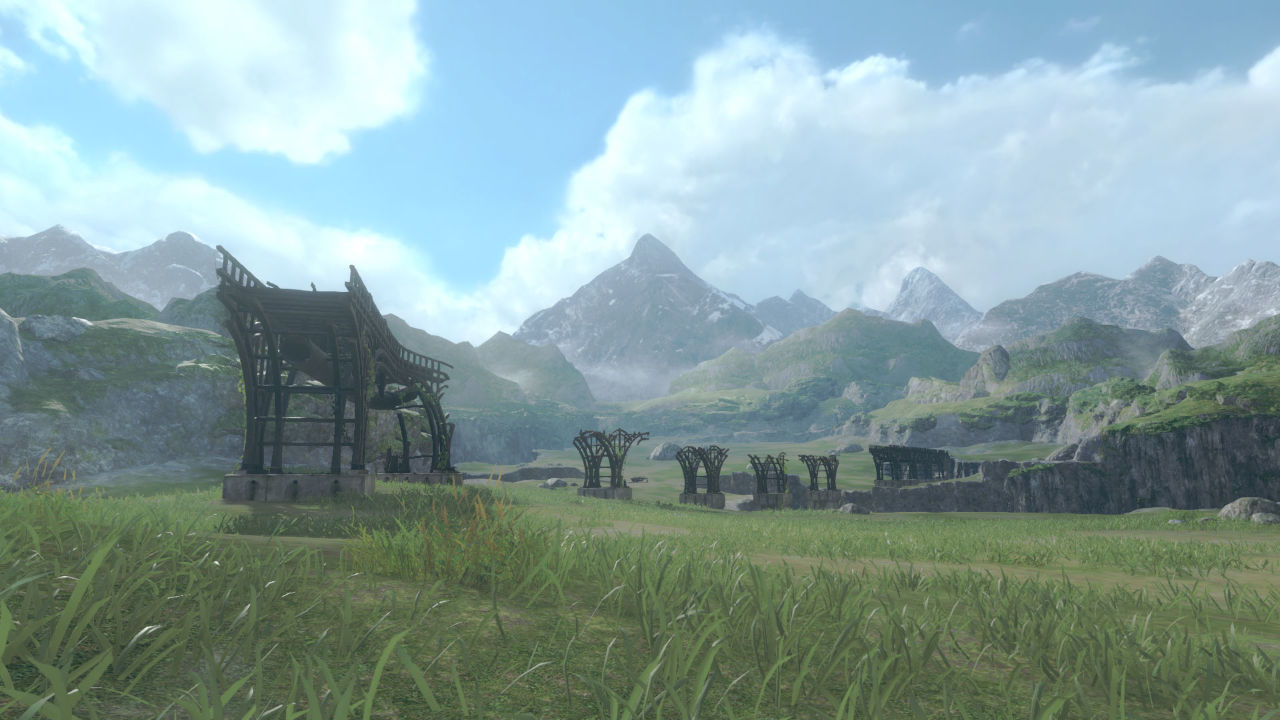 Apart from the visuals, the changes to the remaster’s gameplay are where the influences of NieR: Automata are also clearly seen and is where NieR Replicant ver.1.22474487139… features some of the biggest differences from the original. The remaster’s combat has been revamped and mixes elements from both the original and its sequel, creating a more fluid and flexible experience. While it still features a light and heavy attack combo, players now have more freedom to string those two together.

There’s also now an lock-on feature that not only helps with the basic attacks but also with targeting some of the game’s magic spells, which have also seen a significant change as players no longer need to stand still to charge or aim certain abilities such as the Dark Lance. This allows players to use them not only while moving but also in the middle of attacks. Movement has also seen a big change with the addition of sprinting, which activates after the player runs for a certain amount of time or after they perform a dodge-roll. 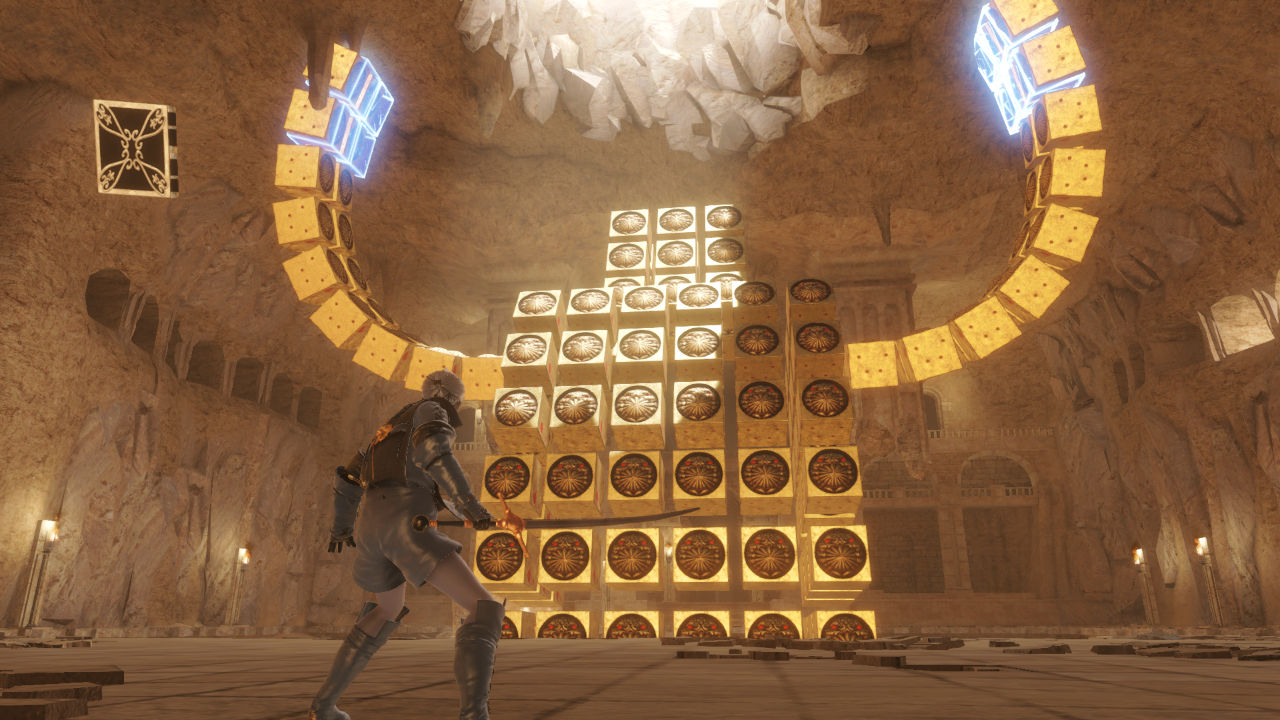 Even the dodge-roll has been given an upgrade as players can utilize it to quickly dash around enemies mid-combo, allowing for not only better positioning but to also quickly avoid frontal attacks without really breaking the flow of attacks. This and all of the other changes contribute to making the combat faster, fluid, and continuous. While it’s expectedly not as fast-paced and crazy as NieR: Automata, the combat of the remaster is able to strike a good balance between the two.

Those who aren’t used to the fast-paced gameplay of character action games but still want to experience the remaster’s story to find out for themselves what makes it so special now have access to an Easy Mode that not only makes combat significantly more manageable but also unlocks the Auto-Battle option that players can activate and customize. Players can choose which individual element they want the AI to manage for them such as items, magic, and more. They can also just fully automate the combat so they can simply watch the fights. 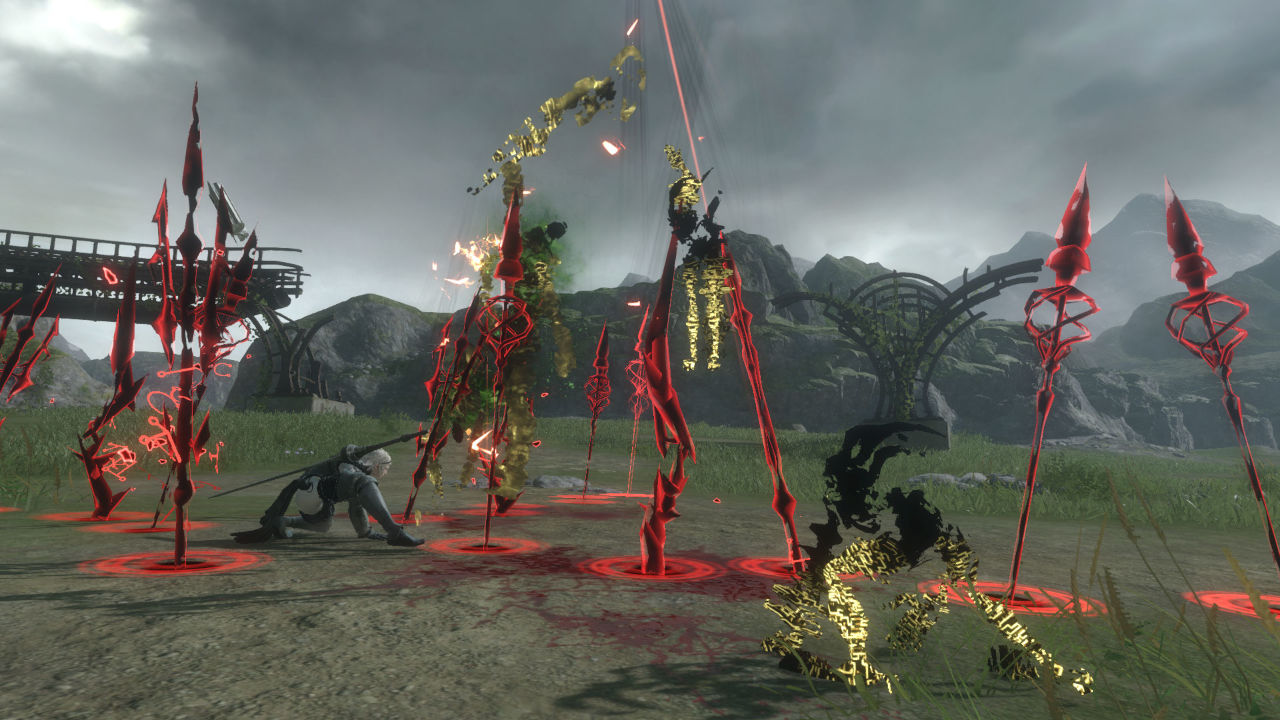 There are a few gameplay elements that have stayed particularly faithful to the original that could have used some improvement. The most glaring is the incredibly limited fast travel, which is not only kept to a specific number of major locations but it’s also only unlocked later on in the game, leaving players to walk back and forth from the game’s different locations until it is. While players can gain access to a mount for quicker travel on land, it’s definitely not as efficient as a full-fledged fast travel system.

While there may be technical reasons for the omission of a more extensive fast travel system, it’s more likely that it was a creative decision to stay faithful to the intent of the original, which is to somewhat force players to traverse and experience the game’s world fully.

A more minor gripe is the game’s crop farming system, which remains to be a chore as players are only able to interact with each available plot individually. Players still need to open a menu and select an action for each of their plots, which becomes more tedious as more are unlocked. A new, dedicated UI that lets players more efficiently monitor and manage their plots would have made the side activity less monotonous and time consuming. As previously mentioned, this is a pretty minor gripe and many will most likely be fine with the way it currently works. 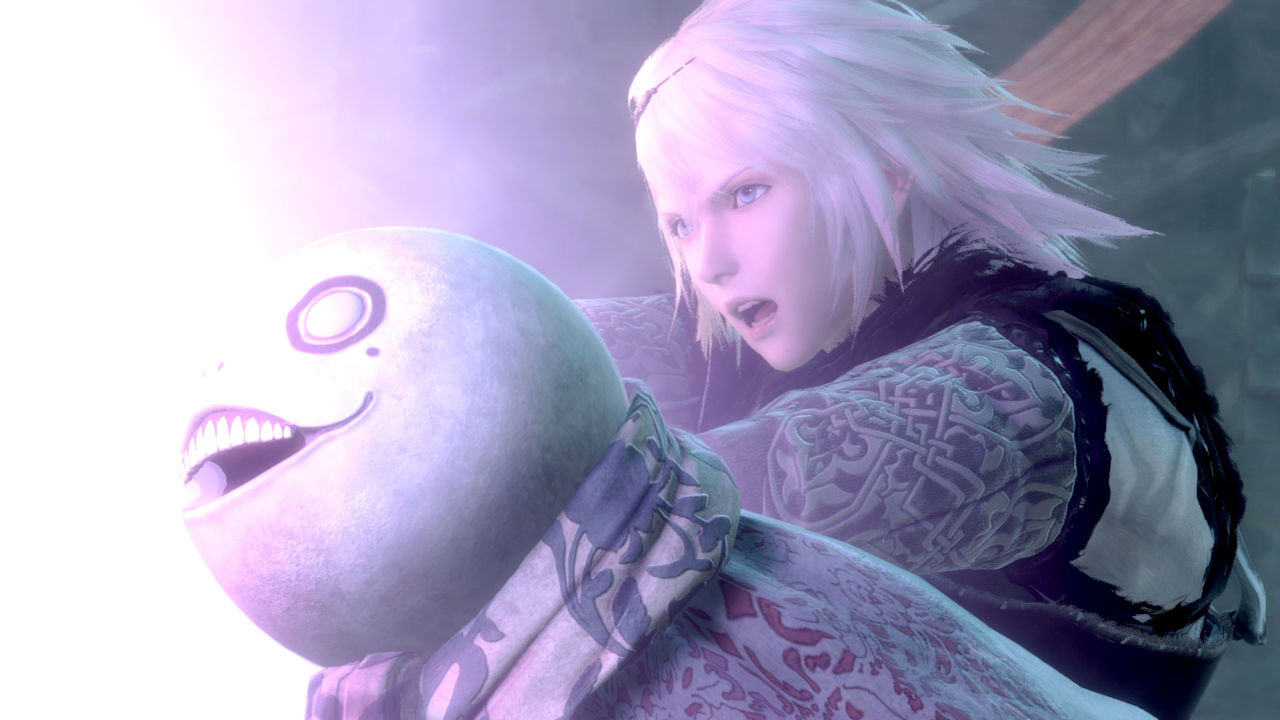 As far as remasters go, the team behind NieR Replicant ver.1.22474487139… has definitely gone above and beyond to give the game more than just a fresh coat of paint. Remastering or remaking a game, especially a beloved cult-classic, is always a difficult balancing act between maintaining elements of the original that people fell in love with, regardless of how unusual they are or how dated they’ve become, and updating other aspects to help the refreshed title stand up to today’s standards and sensibilities in regards to visuals, gameplay, and other aspects. And apart from a few things that can be attributed to a creative choice rather than a technical one NieR Replicant ver.1.22474487139… does an amazing job at staying true to its identity while improving many of its features, ostensibly creating its most definitive version. Fans of the original, especially those who’ve only played NieR Gestalt, or those who got into the series via NieR: Automata should definitely check out NieR Replicant ver.1.22474487139….