MU Online, which was released on the PC back in 2001 by Webzen, was one of the more popular MMORPGs in the Philippines. Its familiar visuals, interface, and gameplay, made it easily popular among local MMORPG fans. And now, almost 18 years later, the latest update for MU Origin 2, the latest entry of the game’s mobile version, was released. MU Origin 2 is being developed by TianMa and published by Ourpalm with the authorization of Webzen.

I played a lot of MU Online back in college and was even part of one of the Philippines’ strongest guilds, so getting to try MU Origin 2 was pretty nostalgic and surprising as I was able to see how they were able to adapt the game to a mobile device as well as the mobile gaming audience of today. MMORPGs aren’t as popular as they were 10 years ago, so it’s interesting to see how they’re able to make this a success in spite of it now being a niche genre. 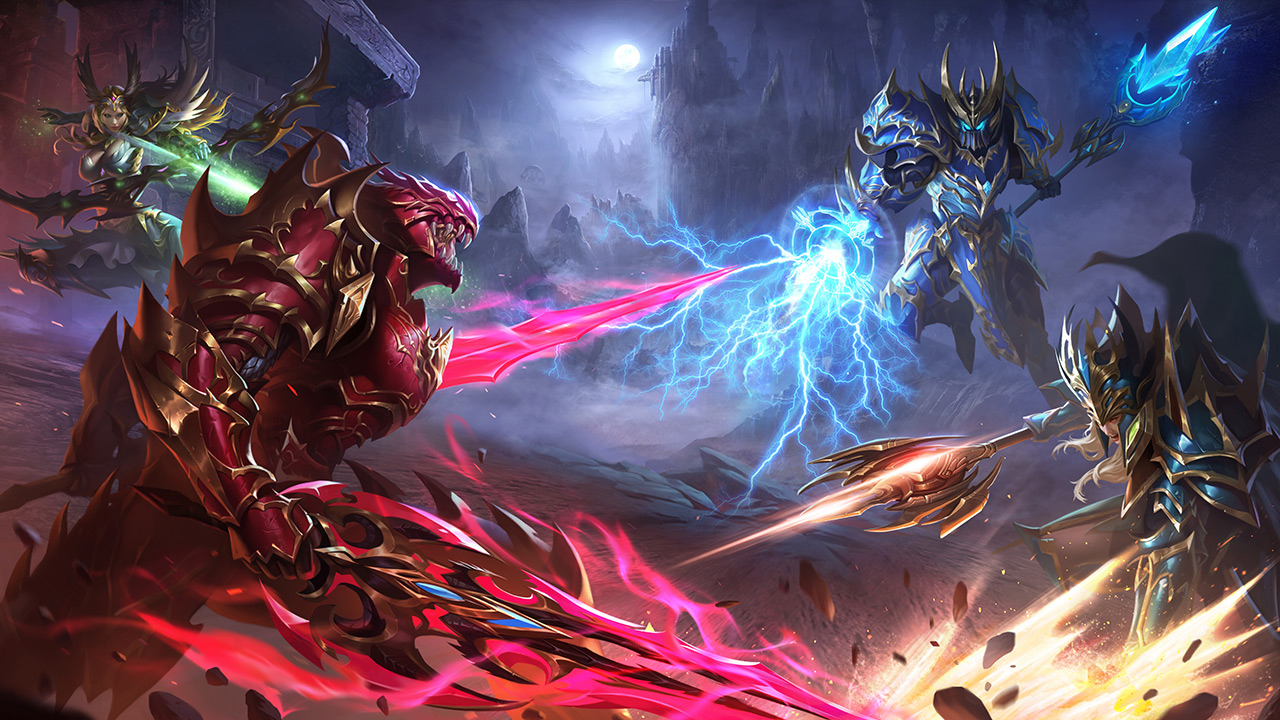 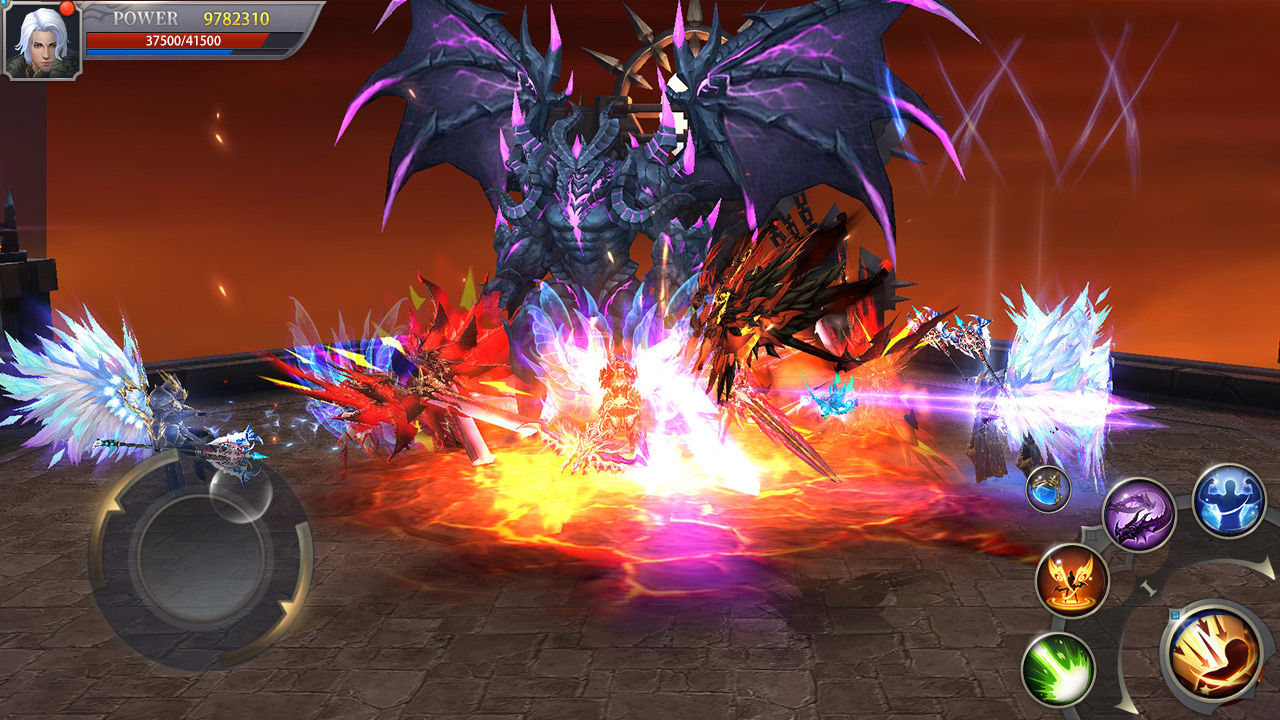 MU Origin 2 has been out for several months now but its latest major update includes several significant additions, one of which is especially targeted for players in the Philippines. There’s the release of the Magic Gladiator, one of the classic and most popular classes from the original MU Online, and then there’s the launch of the Philippines-exclusive Palawan server which includes bonuses for Filipino players such as mounts, titles, items, and more. 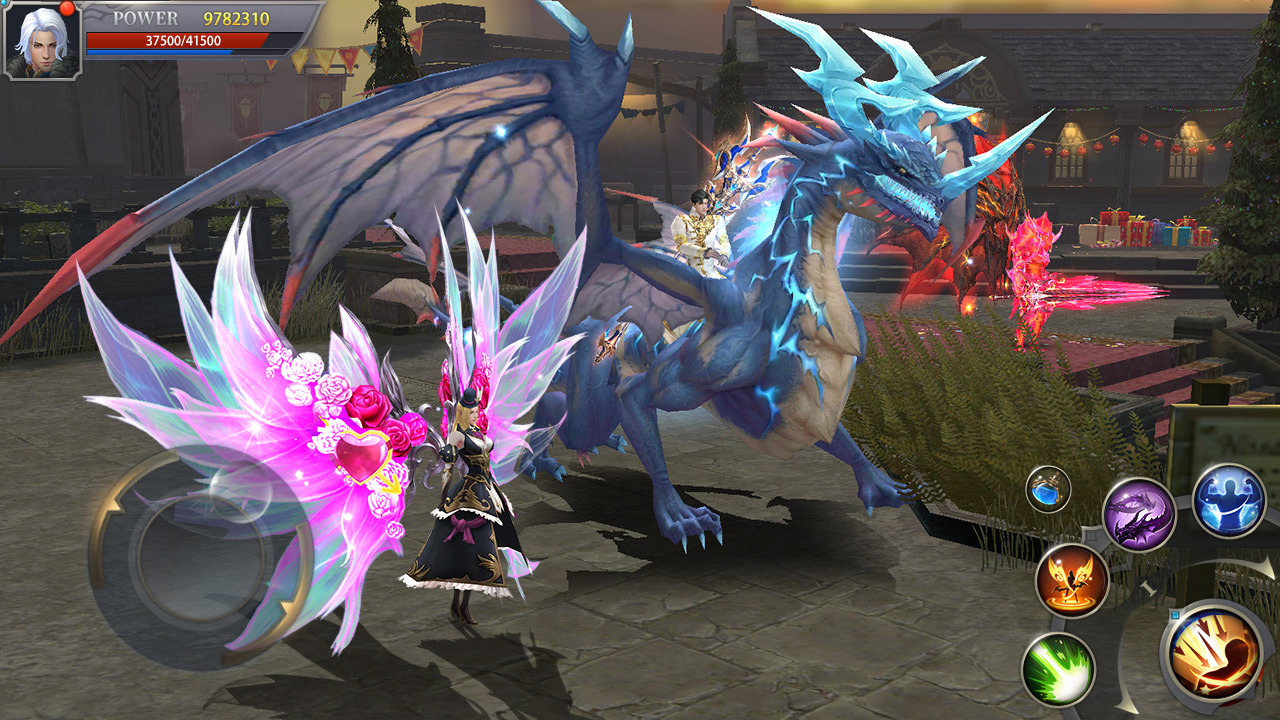 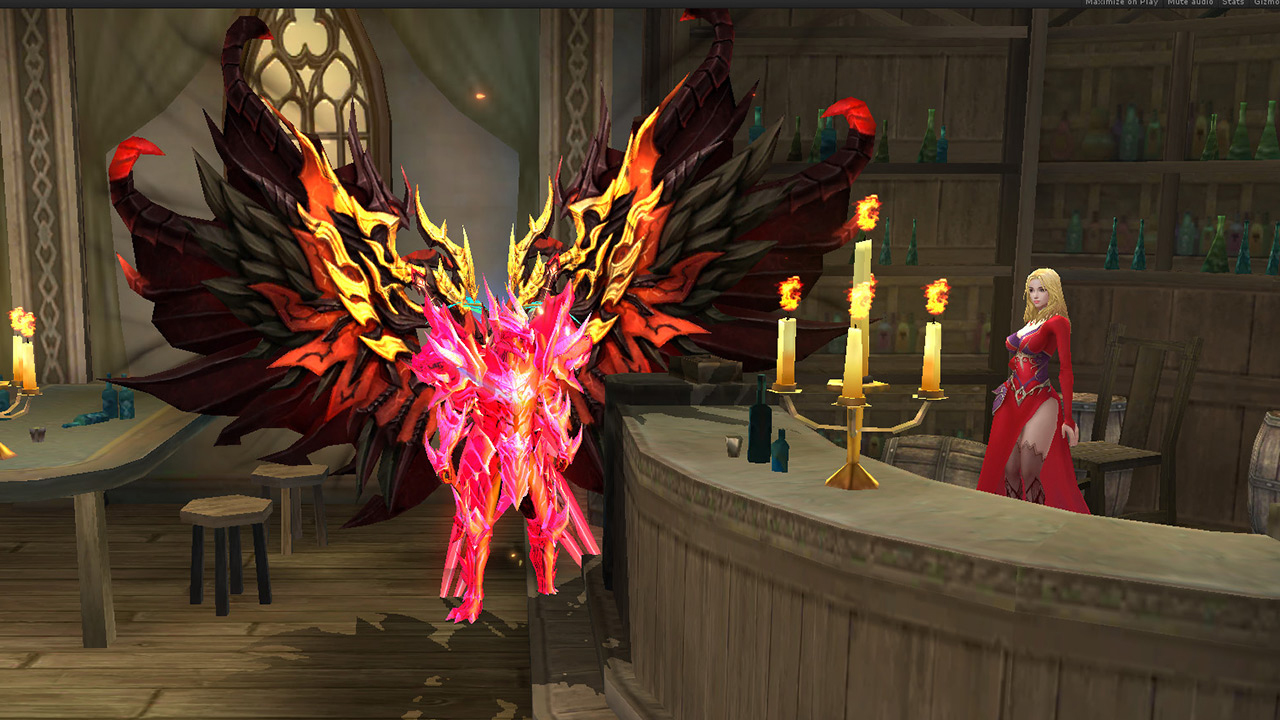 Some of the other new updates include the new Couple Skill which gives bonuses to married characters along with the new couple-only Star Destiny Tower, which is only accessible by couples. Then there’s the Abyss Roland City War, a new Alliance PVP arena, as well as new Abyssal Realm maps Goddess Cape and Tahm Temple that include new bosses such as the Darknight Wave Witch and Phantom Prince.

The visuals of MU Origin 2 is significantly improved over the original MU Online, which is expected given the 18-year release gap. While it still keeps the same design style as the original, with its bright and glowing armor and weapons as well as its flashy effects, the graphics have been improved enough to look good on today’s mobile devices. Just like the original though, because of its visual style, it still gets confusing once a lot is going on in the game. 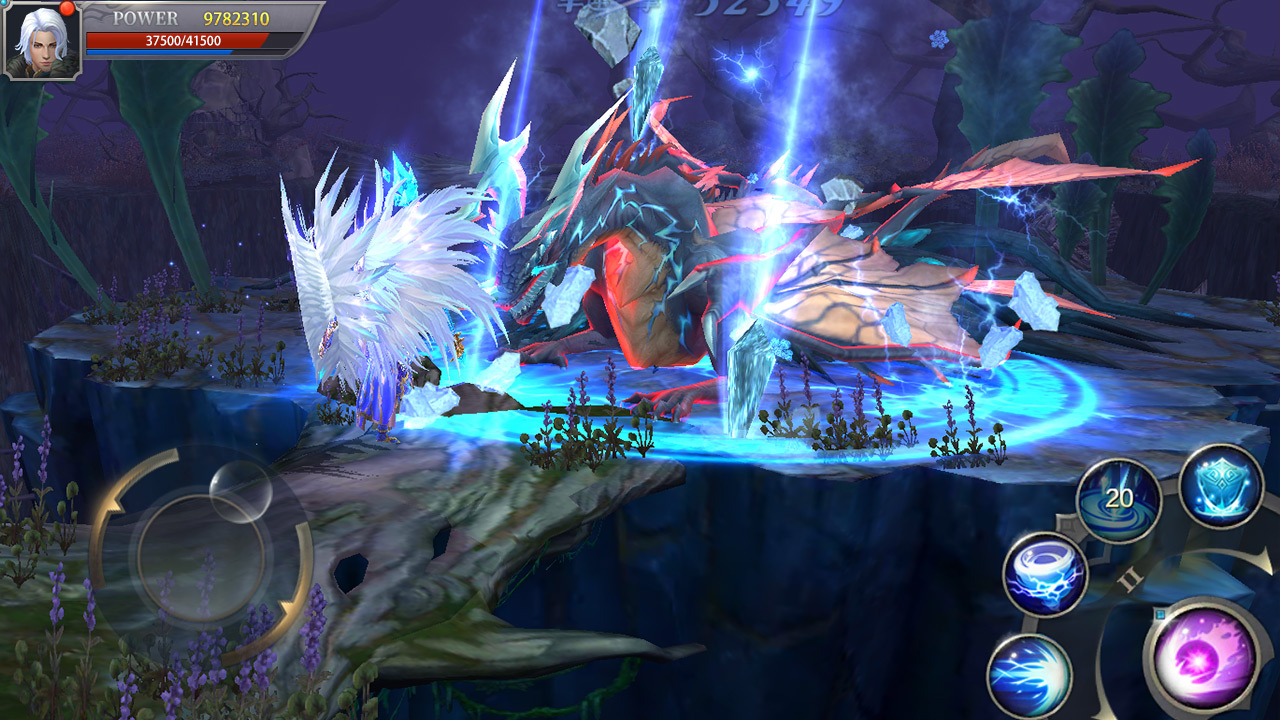 Because it’s a mobile game, the interface of MU Origin 2 is completely different from the original. Sadly, for the same reason, the game’s interface is rather cluttered due to having so many buttons and elements in such a small space. While there are ways to hide some of the game’s interface elements, such as the quest log and some of the menu buttons, there’s still a lot going on in the screen that distracts from the game’s visuals.

To be fair, there’s really not much you can do with a game’s interface when you’re stuck with such small screen real estate, especially for games like MU Origin 2 that is filled with so many features and elements. And on the other hand, the interface and menus of MU Origin 2, while initially confusing, are pretty easy to navigate, which is crucial in this case because players will be spending a lot of time in the game’s menus. 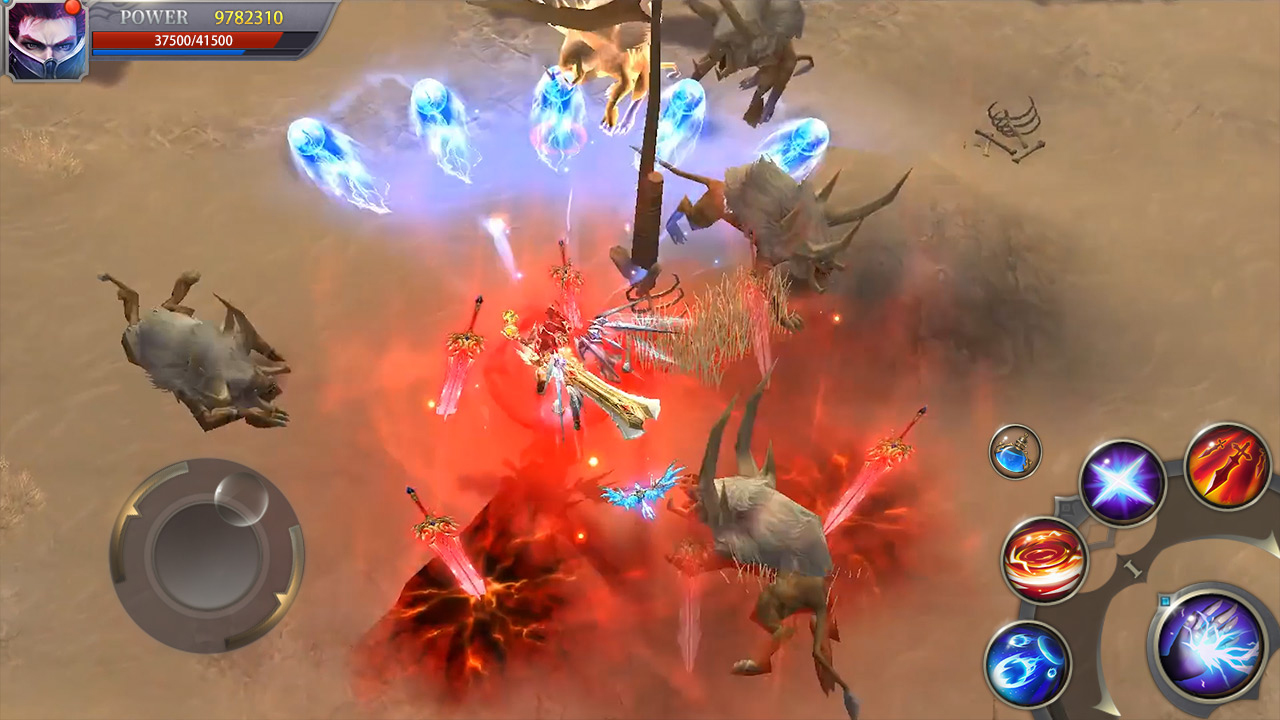 As for the game’s controls, which have also been completely revamped, are pretty typical of mobile games of this type. There’s a virtual analog stick to the left for movement as well as a set of virtual buttons on the right for the character skills. There’s an always-present button for the character’s primary skill while the rest of the skills are laid out on a wheel, with 4 skills visible at a time, that can be swiped to see and use other skills.

The skills assigned to the buttons on the skill wheel can be modified in the skills menu so players can group up their skills to be more efficient depending on their playstyle.

MU Origin 2, like many mobile games these days, feature an auto-battle and auto-travel feature. Both are pretty much self-explanatory; the former lets you watch your character do all the fighting on its own while the latter lets your character automatically go to quest locations. When it comes to questing, there really isn’t much involvement for the player apart from managing the characters items, skills, and stats. 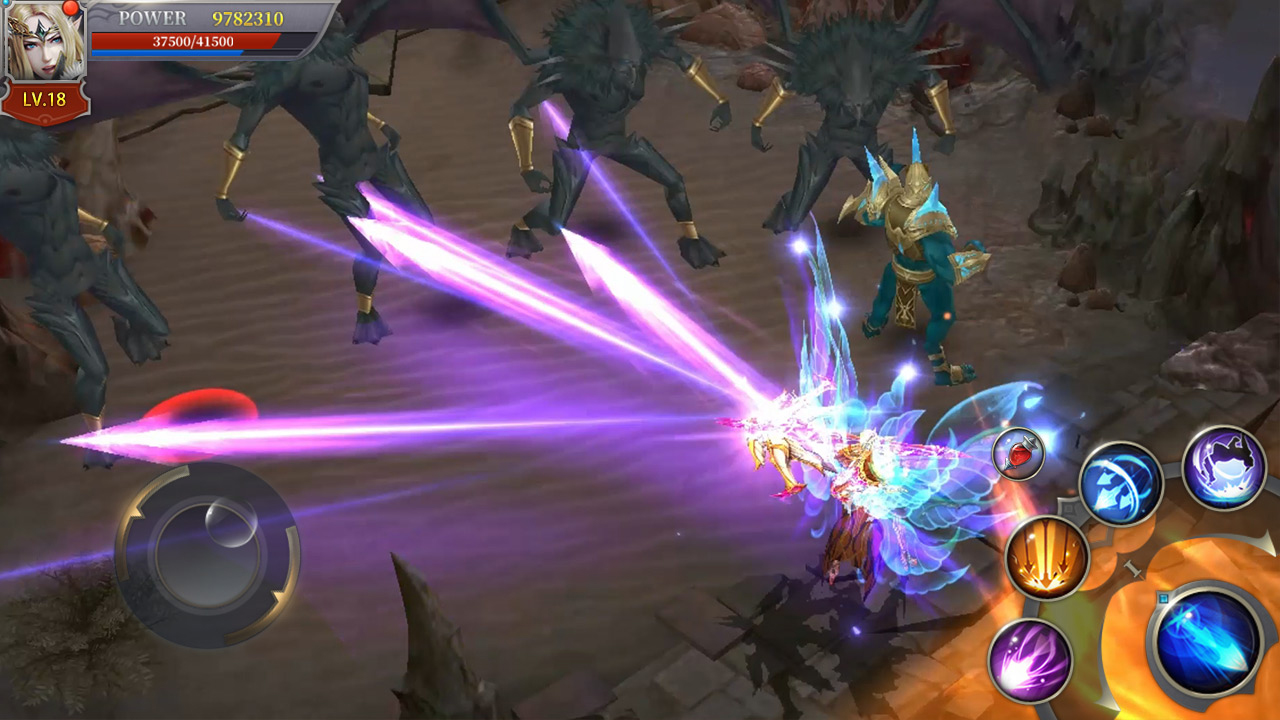 This more “streamlined” approach allows players to alleviate most of the grind involved with MMORPGs so they can pay more attention to the elements that they actually enjoy. This also means that most of your time, especially in the later levels, will be spent managing your resources and deciding where and how to invest them as upgrading your skills, equipment, and other character elements become more expensive.

The game does give players a lot of incentives to keep playing through bonuses and rewards. Even when players aren’t paying for microtransactions, there’s still a lot of ways to earn rewards in the game, such as daily login bonuses and more. The rewards can include crafting materials, potions, mounts, equipment, and more, which give players a whole lot of items to learn and keep track off.

MU Origin 2 is able to keep and add to what made MU Online so enjoyable and not only adapt it to mobile phones but also build on it exponentially to make it appealing to the current generation of mobile gamers. It’s probably one of the best implementations of an MMORPG for mobile platforms in this current generation as it eliminates some of the common tedium of classic MMORPGs while keeping the elements that made the genre exciting.