Monster Hunter World, released in 2018, was a massive change for the franchise. Not only was it the first mainline game in the series to come out globally on a PlayStation platform since Monster Hunter Freedom 2 but it also introduced a slew of new features and changes that altered many of the ways the game is played. While many of the series’ fans were initially apprehensive of the changes, they ostensibly helped make the game become the most successful in the series and introduced the franchise to a plethora of new people.

More than a year after the release of Monster Hunter World, developer and publisher Capcom released the game’s first full-fledged expansion – Monster Hunter World: Iceborne. The expansion introduces a ton of new content including a new story campaign, several new locations, new flora and fauna, a larger roster of monsters, new weapons and armor sets, new and upgraded tools, new features, and a whole lot more. There’s so much new content that Iceborne feels more like a new game rather than just an expansion. 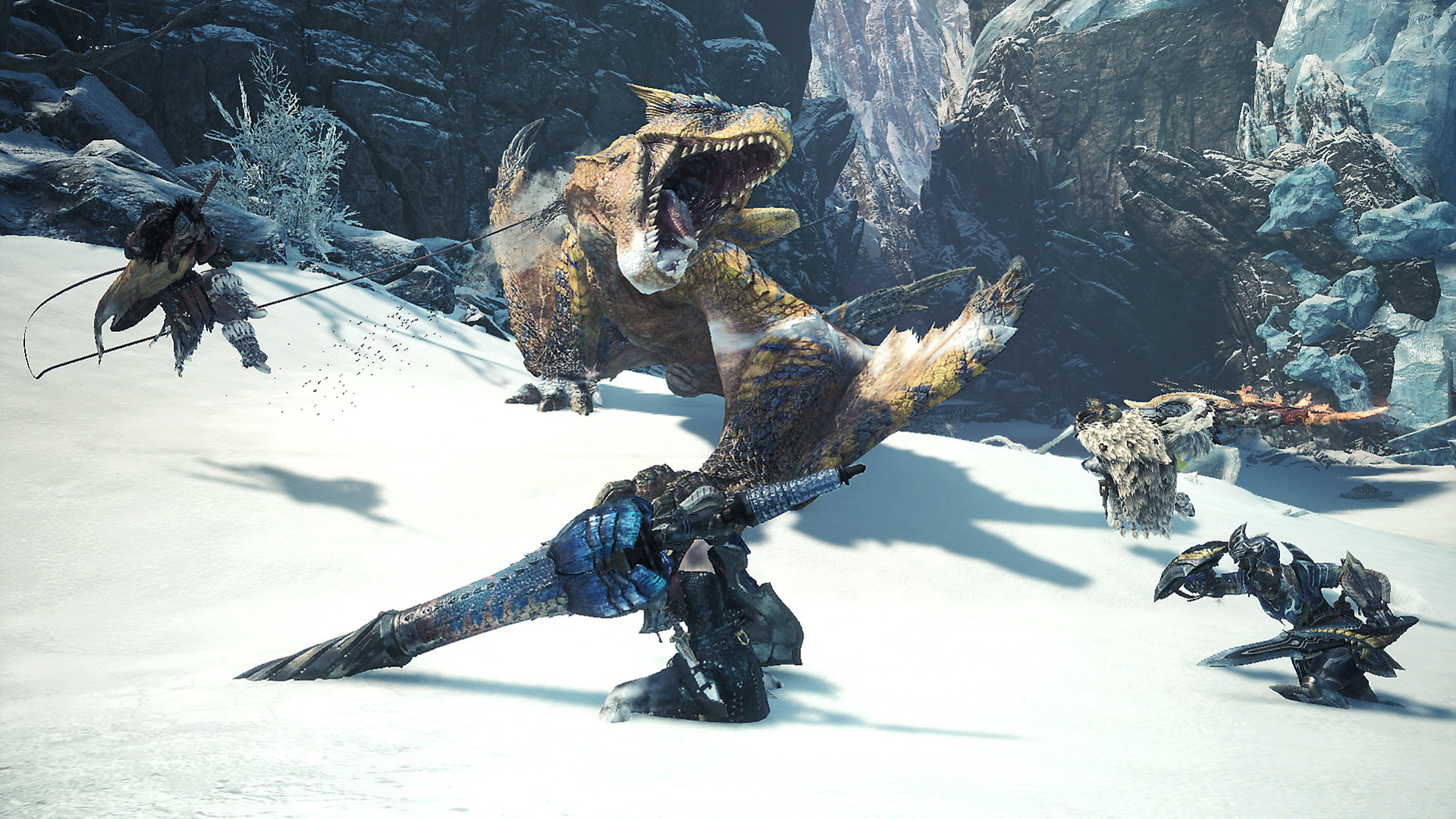 At the core of all the new content Iceborne has introduced is Master Rank, the next difficulty tier after High Rank and Monster Hunter World’s version of G-Rank, something series veterans will be familiar with. In Master Rank, monsters will have more health, take longer to capture, hit harder, move faster, and some monsters will even have new moves their High Rank counterparts did not.

The difficulty gap between High Rank and Master Rank is most apparent at the start of the expansion. If you haven’t been keeping up with content and grinding in the base game to get the best weapons, armor, decorations, and upgrades, you’ll quickly realize that the weapons and armor sets you used to finish the story campaign in High Rank aren’t going to be good enough to get far into Master Rank. 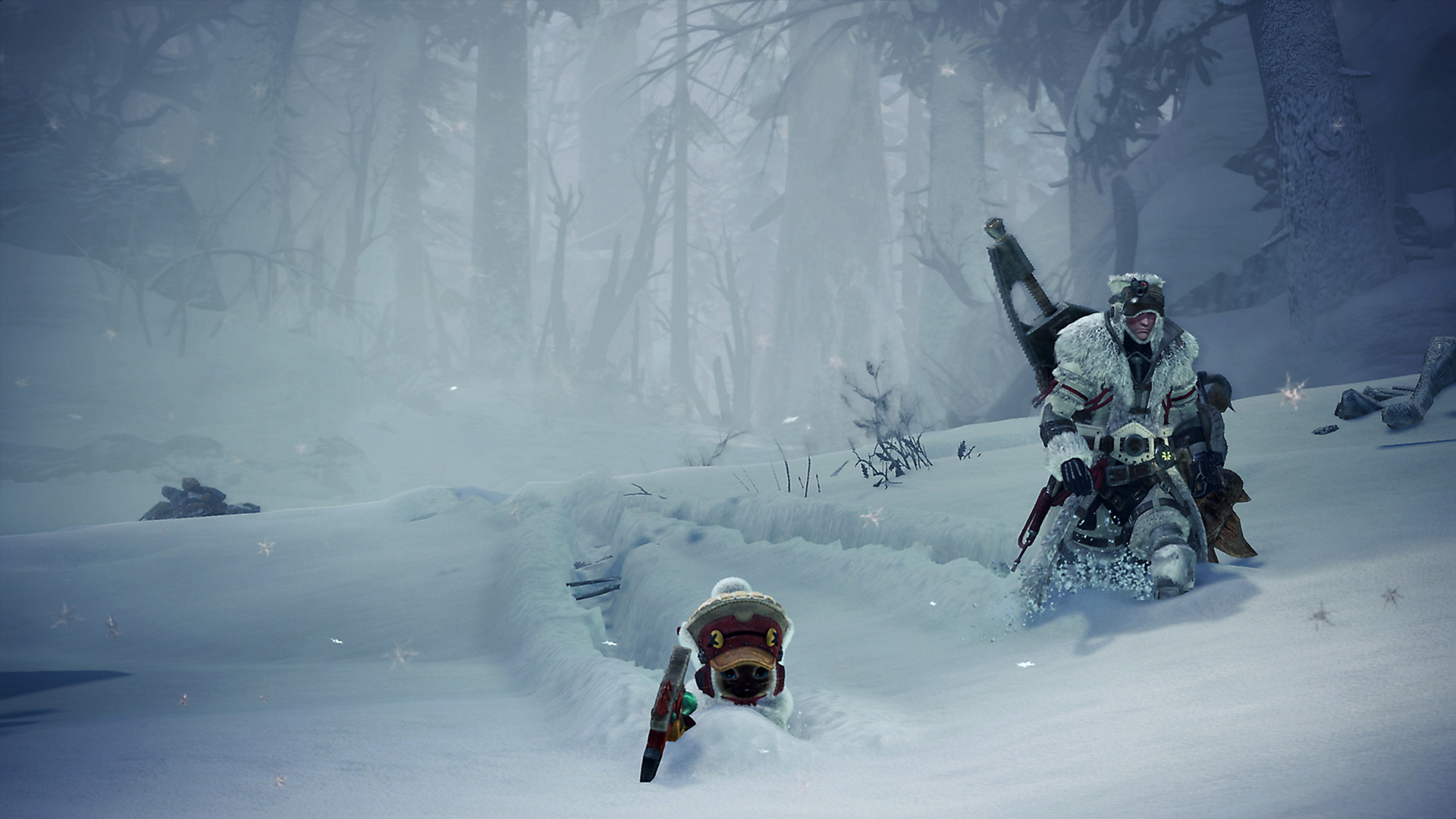 Luckily, even the basic ore or bone-based weapons and armor sets in Iceborne make a huge difference, especially when it comes to survivability, and are incredibly easy to farm and craft, which really help make the transition into Master Rank much less daunting. In spite of this though, the difficulty curve in Iceborne is also much steeper than it was in the base game so progressing through each of the story missions will feel much tougher than it did in the past.

Despite only being an expansion, there are almost the same number of missions in Iceborne as there were in the base game and unlike the latter Iceborne features a more concrete and defined endgame. 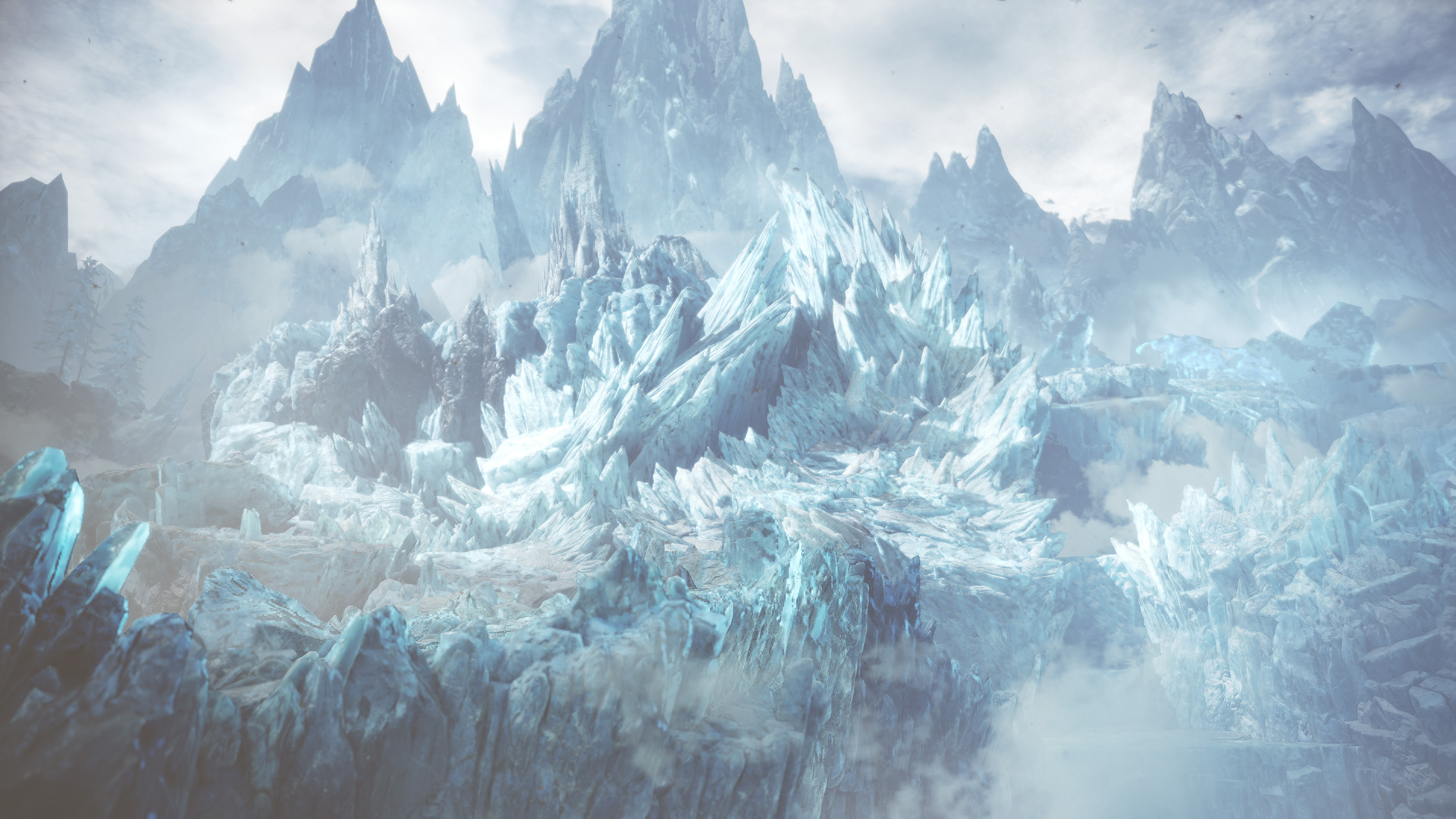 Most of Iceborne’s new story campaign takes place in the Hoarfrost Reach, the new icy location introduced in the new expansion. The new location is just as enormous as the previously released locations, with multiple levels and sections that you unlock as you progress through the story. The extremely cold temperatures of many areas of the Hoarfrost Reach requires players to always have Hot Drinks handy to avoid its effects, much like the volcanic areas of the Elder’s Recess.

After finishing the story campaign, players will begin to unlock the Guiding Lands, the game’s new endgame area and where players will be able to source endgame materials for weapons, armor sets, and augmenting. The Guiding Lands combines all the different biomes of Monster Hunter World into a single humongous map. The level of each region needs to be increased via researching and hunting monsters that spawn in those areas to unlock higher rank monsters and elder dragons. Monsters can also be lured out after collecting special tracks in each region. The Guiding Lands also features gathering points with materials exclusive to the area.

The new Guiding Lands area gives Monster Hunter World a much better endgame loop than the base game, which could be expanded even further in the future with the addition of new biomes and monsters. 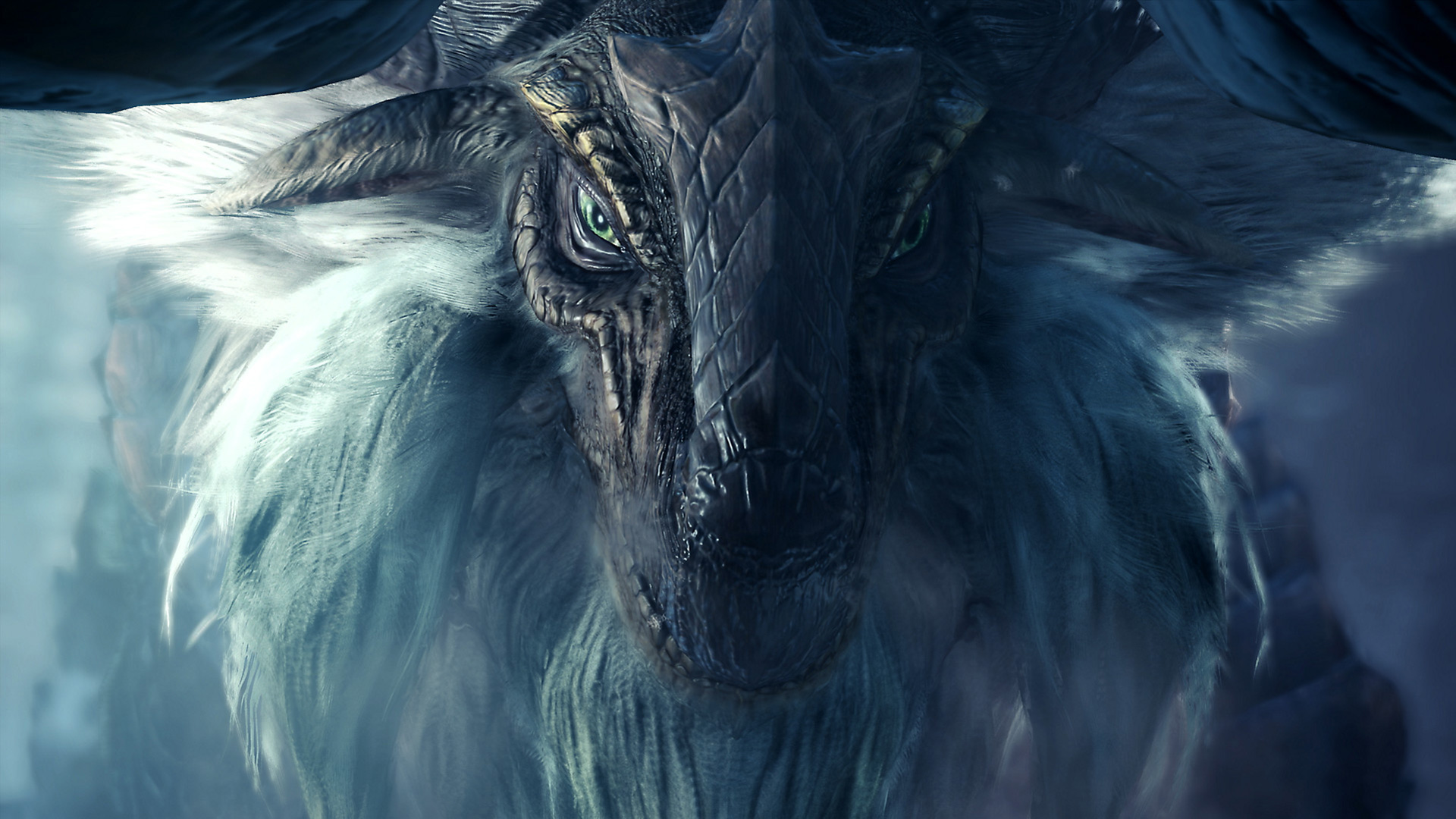 Hunting the Master Rank versions of some of the base game monsters isn’t as easy though as they don’t come up in any of the assigned quests and some don’t even show up in optional quests. Those interested in hunting them will have to look for them in expeditions or through investigations. While this isn’t a big issue, given that the focus is on the new Iceborne monsters, the game doesn’t make this easily apparent until you find yourself at endgame and you’ve yet to even see Teostra in Master Rank.

The addition of so many monsters gives players such a wide array of hunting experiences as they go through the expansion as the new variants and subspecies feature new moves and traits that differentiate them from their normal counterparts. And as expected, there are also tempered versions of each of the new monsters, which increases the variety and ramps up the difficulty even more. 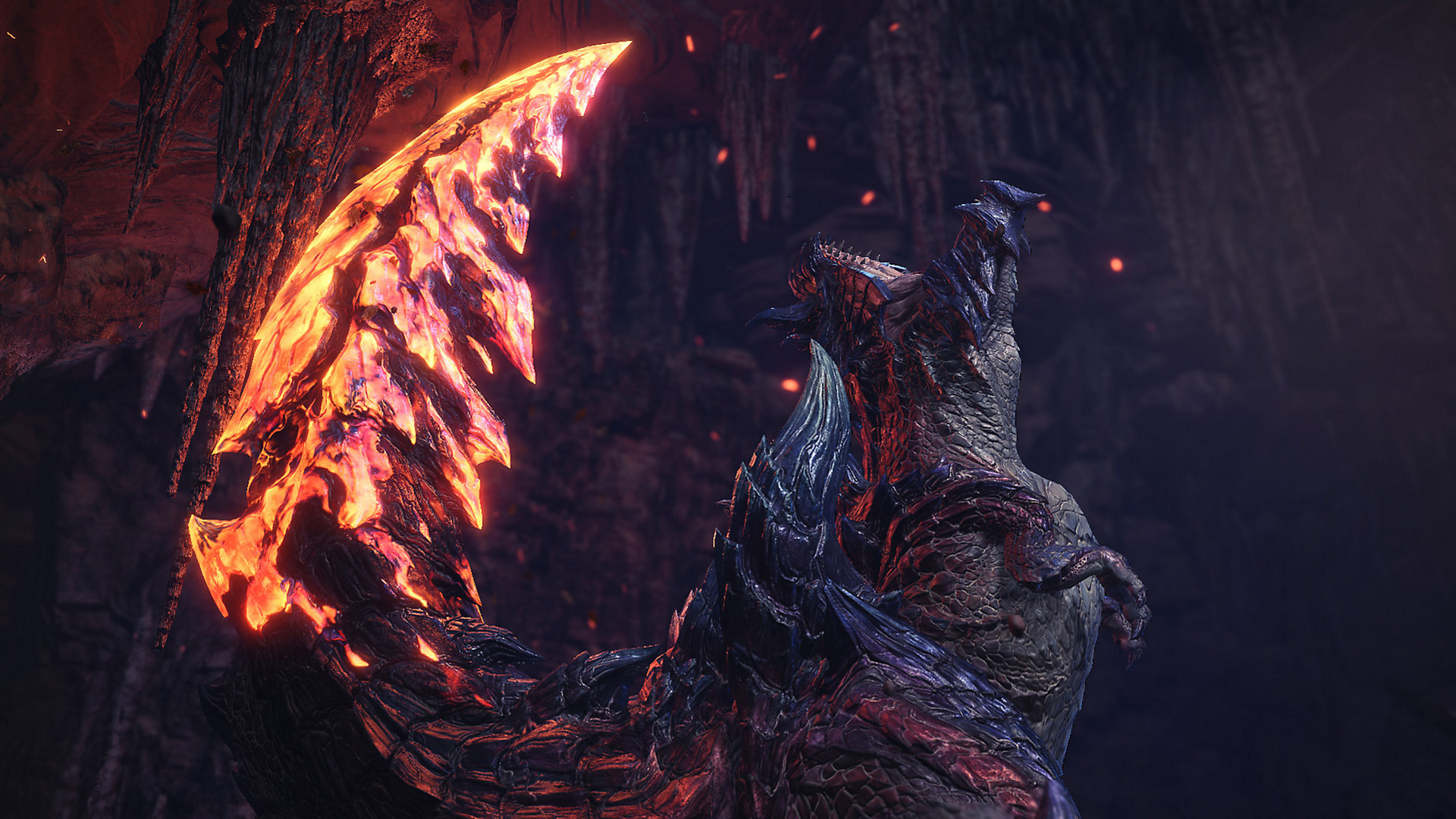 One of the biggest new features in Iceborn is the Clutch Claw, a new always-available hunting tool that lets players attach themselves to parts of the monster and gives them several new options during combat. While attached to the monster, players can launch a weapon attack that can damage and soften the monster’s hide. The softened parts will receive more damage and will be less likely to deflect attacks.

Using heavy weapons such as the Great Sword or Charge Blade will instantly soften the specific part while it will take several weapon attacks to soften the part when using light weapons like the Dual Blades or Long Sword, although using light weapons will also force the monster to drop slinger ammo, which will become useful for one of the other Clutch Claw abilities as well as some of the weapons’ new moves introduced in Iceborne.

There’s also a basic claw attack that will damage and, like light weapons, soften the monster’s hide when used enough times. But the main use of the claw attack is to force a monster to turn towards a certain direction when used on its head. This move can then be followed up with a Flinch Shot, the third Clutch Claw ability, to force the monster to charge towards that direction, right into a wall (to knock it down) or an awaiting trap.

The Flinch Shot uses up all of the player’s available slinger ammo and if it’s used on the other parts of the monster, it will simply do damage. 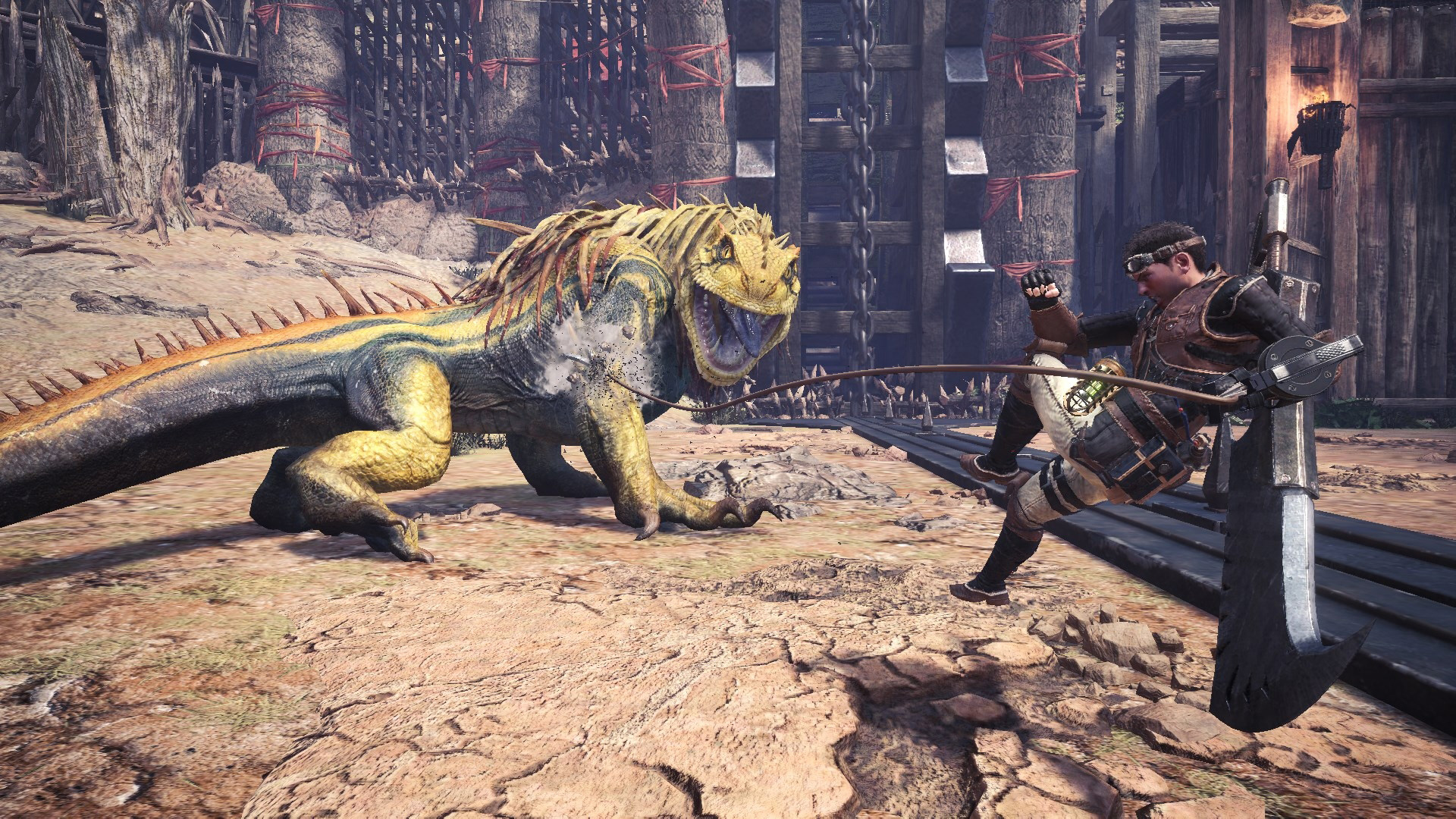 Some of the weapons also have their own unique way of interacting with the Clutch Claw and its abilities. Dual Blade wielders can grapple right after a spinning attack and also do damage mid-grapple. Hammer users will be able to grapple after an uppercut or during a Spinning Bludgeon. The Lance is also able to grapple using its new Counter Claw move.

The combination of softening a monster’s hide and forcing them to topple via the combination of the claw attack and Flinch Shot gives players a set of additional mechanics that will allow them to create openings to do a lot of damage to Master Rank monsters where finding opportunities to combo safely aren’t as numerous as they were in High Rank, especially with some of the very agile and mobile monsters in Master Rank such as Barioth, Tigrex, and Rajang.

The new tool adds a ton of variety and depth to how players can approach and tackle hunts and is the perfect way to make combat feel new again in Master Rank as well as in High Rank. 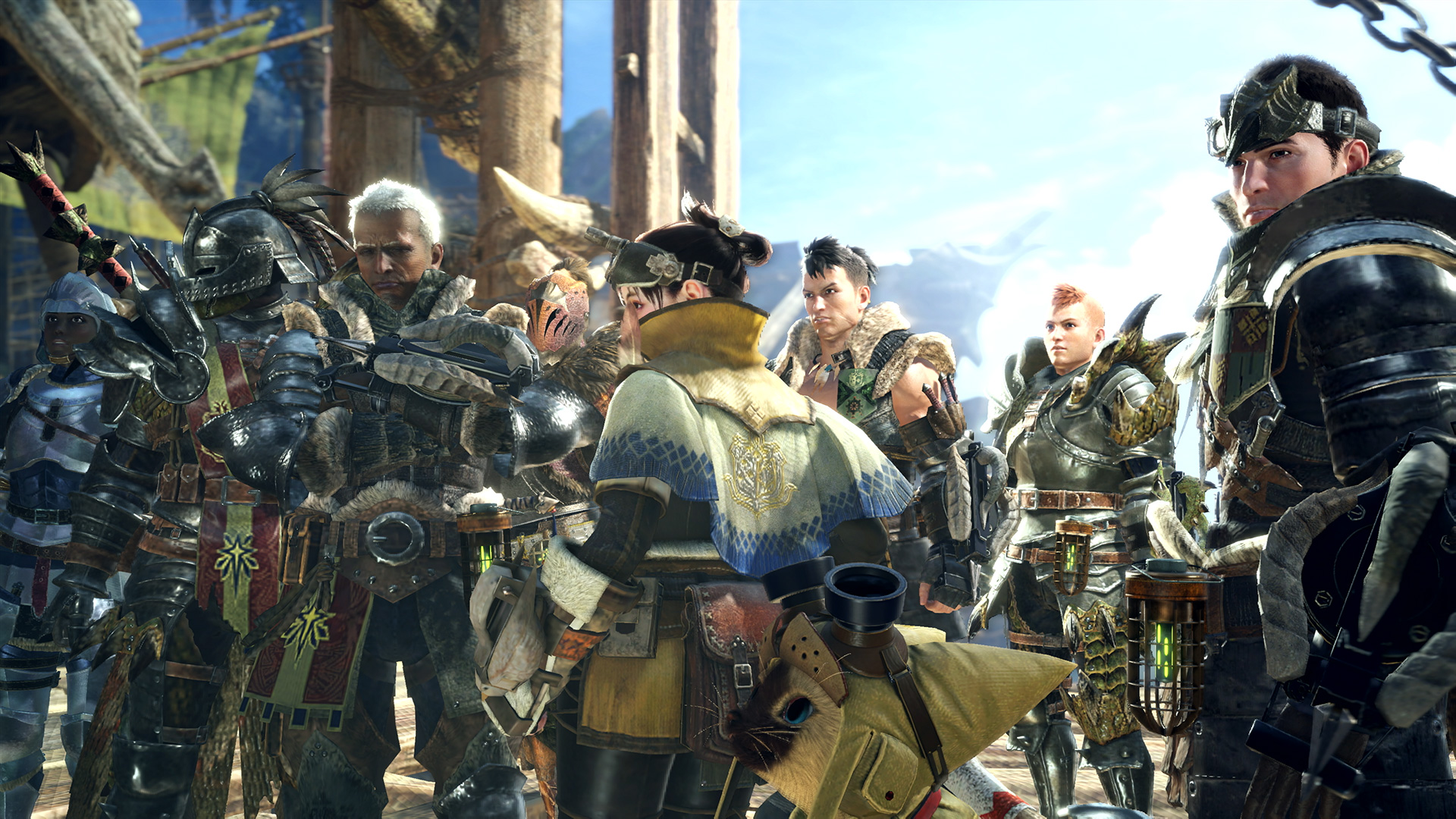 Each of the game’s weapons have received new moves or forms in Iceborne. Some of these include new weapon forms such as the new Savage Axe mode for the Charge Blade and the Special Sheath form for the Long Sword, new moves like the Slinger dodge for the Dual Blades or the Sword and Shield’s Perfect Rush Combo, new mechanics for the Great Sword and Insect Glaive, and a whole lot more.

Some of the new moves, including the aforementioned new attack for the bow, use up some or all of your current slinger ammo, while some weapons will be able to perform a new Slinger Burst at certain times to fire all your slinger ammo at once. The new Clutch Claw moves and some of the new weapon moves will make having slinger ammo at all times somewhat crucial to either surviving or being more efficient in Master Rank.

Additionally, some of the new skills, obtainable through armor or decorations, have changed how some weapons and armor sets are built and played, adding even more to the experience. All the new moves also gives players more incentive to try out more of the games weapons if they haven’t. Everything that’s been added to combat in Iceborne has made the game feel new again and has made the transition to Master Rank more than just a change in difficulty.

There have only been a handful of games over the past decade that have had expansions that felt and played like they were a completely new game and Iceborne is one of them. While the base game was designed to help bring new players in the series, Iceborne has brought the game to the next level and added the challenge and complexity that veteran players were looking for. The quality and amount of new features and content, from missions and monsters to features and endgame, all add up to help the Iceborne to go beyond just “more of the same” and make it an experience that looks and feels more than just an expansion.