With the proliferation of smartphones and tablets, Bluetooth keyboards have become one of most popular accessories for these devices especially for those who use their gadgets for work and other more typing intensive tasks as, in spite of our increased usage of touchscreen devices, typing on a physical keyboard has still proven to be more efficient and accurate. One of the companies that have placed themselves at the forefront of the design and production of quality Bluetooth keyboards is Logitech, who have consistently released some of the best, albeit expensive, Bluetooth keyboards in recent years. One of their latest offerings, the K480 Multi-Device Bluetooth Keyboard, takes mobile multi-tasking to a whole new level as the single keyboard is capable of pairing with multiple devices simultaneously, allowing users to utilize it not just for their tablet but also their smartphone and other devices they may need to type on, removing the need to use multiple Bluetooth keyboards or having to pick up the secondary devices to type on them.

The first thing you notice about the K480 when you take it out of its packaging is just how large it is. Measuring 11.77 x 7.68 x 0.79 inches and weighing 1.81 pounds, it’s pretty obvious Logitech was not prioritizing portability when they designed the K480. But since it was meant to be used with multiple devices simultaneously, those who would probably want it aren’t likely to be packing light either way. The keyboard’s large yellow cradle, which is capable of fitting both a smartphone and a tablet at the same time (when both are positioned in Portrait orientation), is instantly apparent and removes the need for separate stands or mounts. The top of the keyboard, including its membrane keys, comes in a solid black while the bottom comes in grey. Aside from the tenkeyless keyboard layout, there’s also two pairing buttons on the upper right of the keyboard and the device switching dial on the upper left. The bottom holds both the battery compartment and the keyboard’s on/off switch. 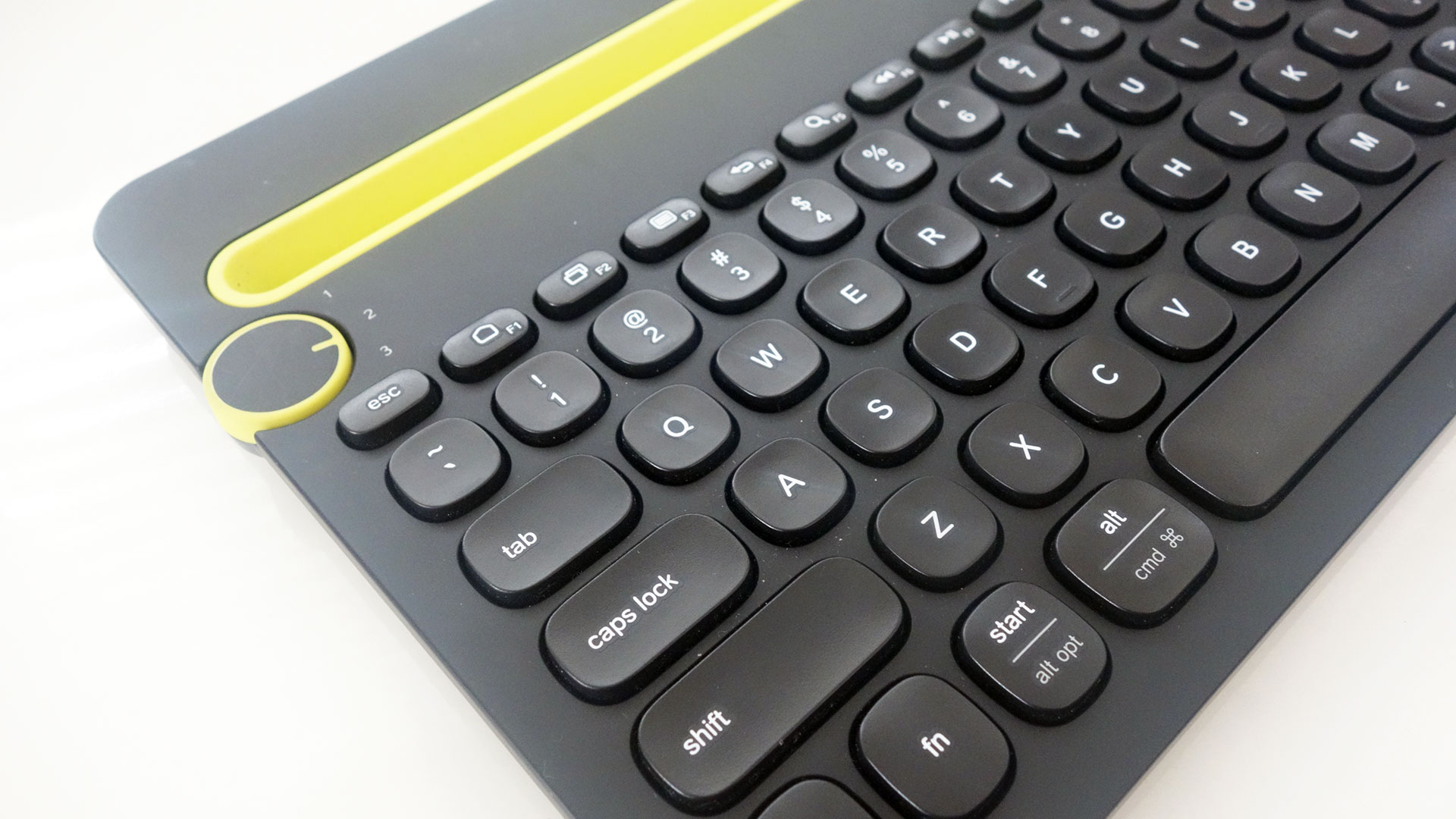 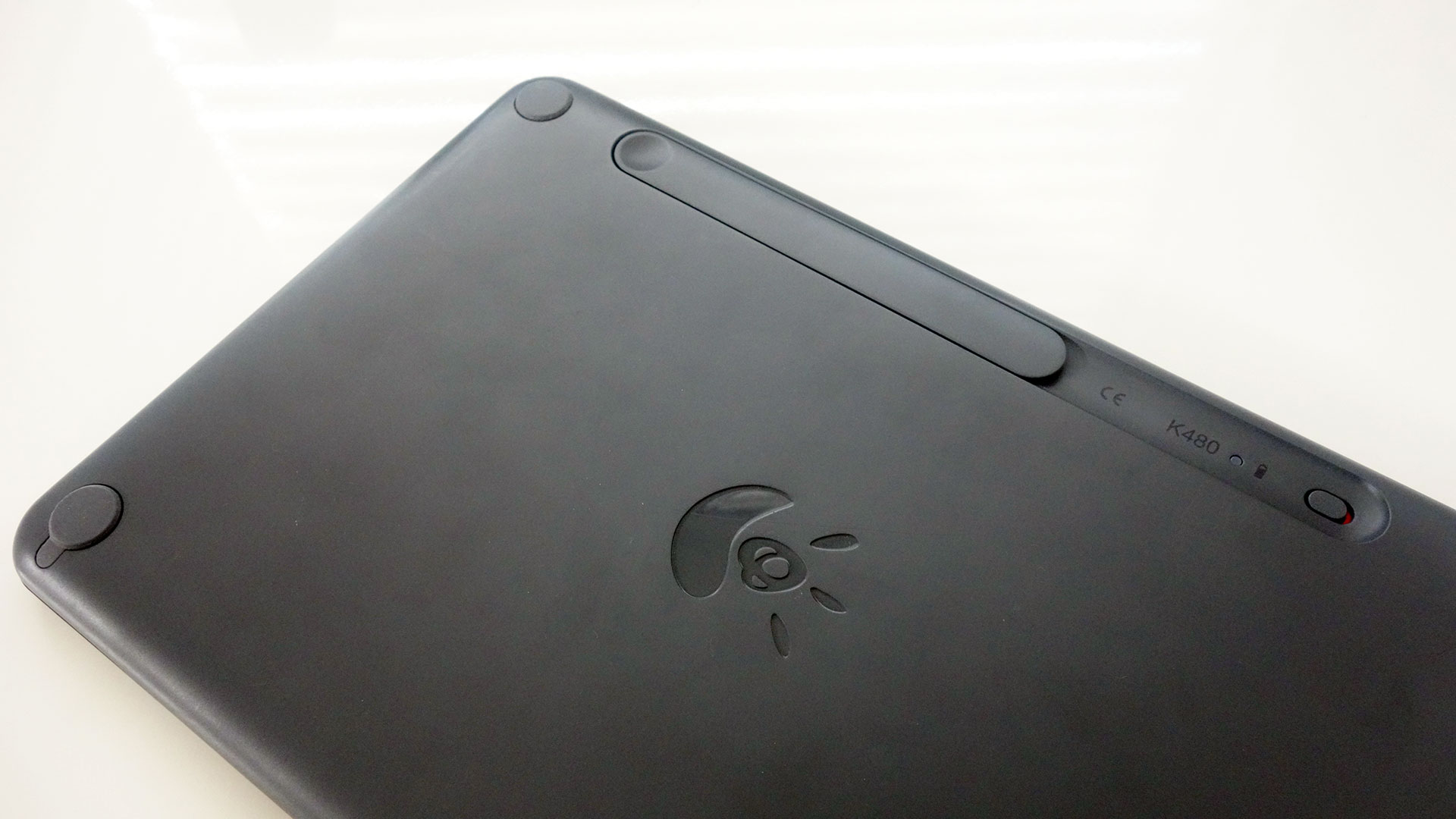 Picking up the K480, you instantly feel its heft due to the large amount of plastic used but also realize the plastic used for it is less than stellar. The case of the K480 flexes and creeks slightly more than we’d like especially considering that you’ll be lugging this around in a bag on occasion. It’s definitely not what we expected from a device from Logitech, who are known for making devices with excellent build quality and durability. The keys on the K480 also don’t feel as sturdy as Logitech’s other offerings, in fact, the space bar on our unit started to become slightly unresponsive after a few weeks of regular use, a big disappointment especially from a product from Logitech. Although, given the K480’s price at a little over Php2,000, it isn’t a surprise that Logitech had to compromise somewhere, although we wished they didn’t sacrifice build quality.

As for using the K480, I had no issue pairing it to multiple devices including smartphones, tablets, and even a laptop. The pairing process was easy and straightforward for Android, iOS, and even Windows devices. And switching between the paired devices using the dial was almost immediate and seamless. We didn’t experience any issues with either the pairing or the switching between devices. In spite of the lackluster keys on the K480, the layout was pretty easy to type on with adequate spacing between the keys. And in spite using the K480 on and off for the past few months, the two AAA batteries that came with it are still kicking.

Overall, while the K480 is a great idea and, in terms of functionality, worked almost perfectly for us. Sadly, we were significantly disappointed with its build quality given Logitech’s previous reputation for producing durable and reliable devices. We would have preferred that Logitech sacrificed even more of the K480’s portability and raised its price a little in exchange for a sturdier casing as well as improved keys. But for something priced at a little over Php2,000, the K480 is still a decent Bluetooth keyboard with the value it proposes, especially for those who would be able to fully utilize its multi-device capability. It may not prove to be the best Bluetooth keyboard in the market but it is definitely one of the market’s most interesting.