Over the last 12 months, Logitech Gaming has released 4 new gaming mice. The G602 wireless with its massive battery life, the G700s which is a refresh of the sturdy G700, the ultra-fast G402 Hyperion Fury, and the tunable G502 Proteus Core.

The G502 is a wired mouse that features 11 programmable buttons, attachable/detachable weights, a tunable optical sensor, and a dual-mode scroll wheel. It has a nice brushed matte finish with some rubber on the sides.

Next to the left click are two buttons for quickly adjusting the G502’s DPI then on the left side of the mouse are 3 buttons – a back and forward button as well as one larger button which, by default, is the G-Shift button which you can program a specific DPI to which might be especially useful for those who play a lot of competitive shooters and need that instant sensitivity shift to get that accurate shot or make a quick turn. Like any other Logitech gaming mouse, all of these buttons are programmable through the Logitech Gaming Software.

The G502, through the Logitech Gaming Software, also comes with a surface tuning program which calibrates the optical sensor DPI based on what surface or mouse pad you are currently using. When I first installed the mouse I found it too fast but without having to adjust the DPI settings myself and just using the surface tuner, the G502’s DPI was automatically set fairly close to what I wanted it to be. Additionally, the G502 is equipped with onboard memory for up to 3 profiles so no need to worry if you need to switch computers. 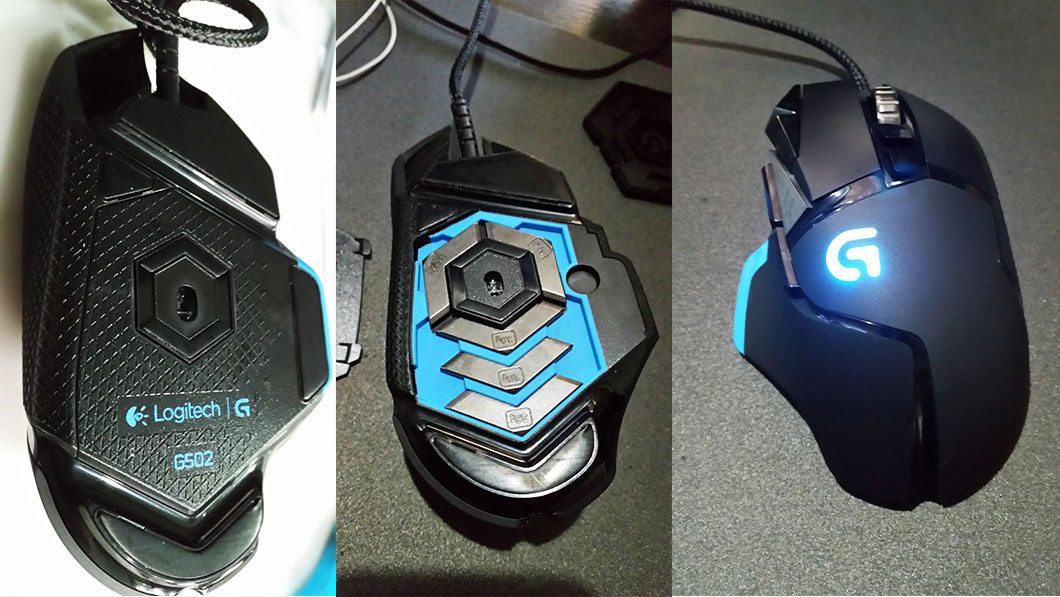 Lastly, the G502 comes with 5 pieces of weights that you can place on the underside of the mouse if you want a heavier feel. Coming from wireless mice like the Logitech G602, I found the G502 a bit light so I added all the weights to it to achieve the feel I wanted.

The G502 itself feels great, the buttons feel really responsive and even with the really long left and right clicks I found that, no matter what grip I used, I was able to click comfortably without any issues. The scroll wheel has a very clicky feel when not in free-spin mode and this time Logitech has chosen to make it out of metal instead of rubber like its previous releases.

The main selling point of Logitech for the G502 is its performance. Logitech says that the mouse has just a 1 millisecond report rate and comes with a max DPI of 12,000. This mouse is definitely well-suited for gamers who require precise inputs but may not be the best choice for MMO players with the lack of the extra buttons that might be a deal breaker for some. 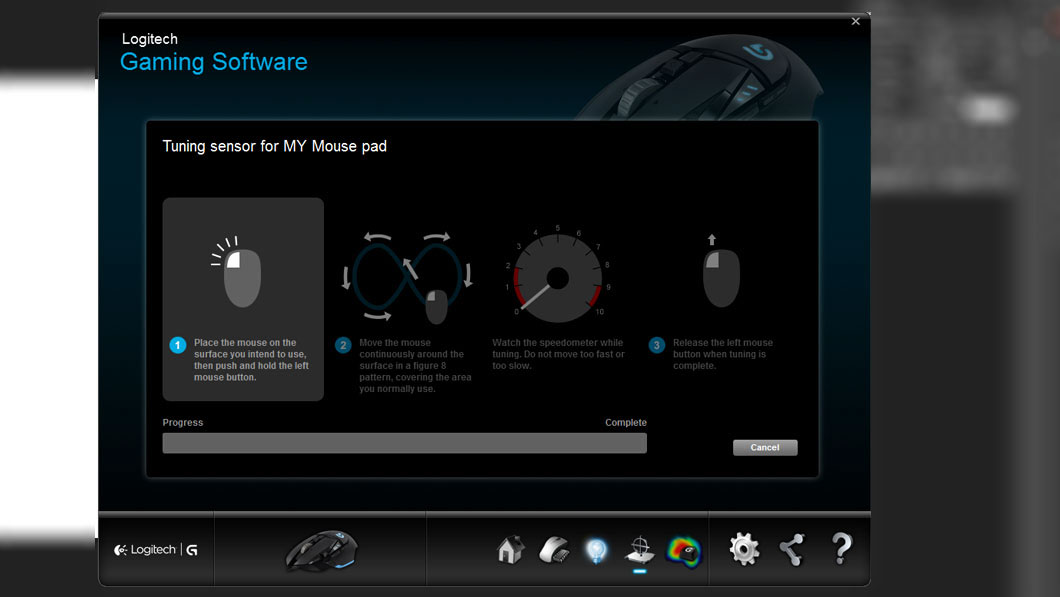 The Sensor Tuner within the Logitech Gaming Software for the G502.

Overall, the G502 Proteus Core is one amazing mouse. Its sturdy build quality, high performance numbers, and affordable price make it a must buy for gamers of all levels. From gamers who are looking for a high precision mouse for competitive FPS gaming to casual gamers who just want a sturdy gaming mouse with a few extra buttons, the G502 is definitely the one to buy.