Logitech has been making gaming peripherals for quite awhile now and a couple of years ago the company decided to dip its hand into the exponentially-growing esports market with the launch of its G Pro series, which are meant to be a range of peripherals that are catered to professional gamers (and consequently, their fans). Logitech has so far released three products under its G Pro series of peripherals that share the same name – the G Pro Gaming Mouse, the G Pro Tenkeyless Mechanical Gaming Keyboard, and the G Pro Gaming Headset just this year.

The G Pro gaming mouse features the same body as the company’s entry-level G102 gaming mouse, which in itself was based off the design of the classic G100 and G100s mice. It features a small, ambidextrous design that is also incredibly light (weighing in at only 83 grams). The size, shape, and weight of the G Pro is great for users with smaller hands that use either a palm or claw style grip while those with larger hands that use a fingertip grip will find it easy to use the G102 due to its low profile and weight. 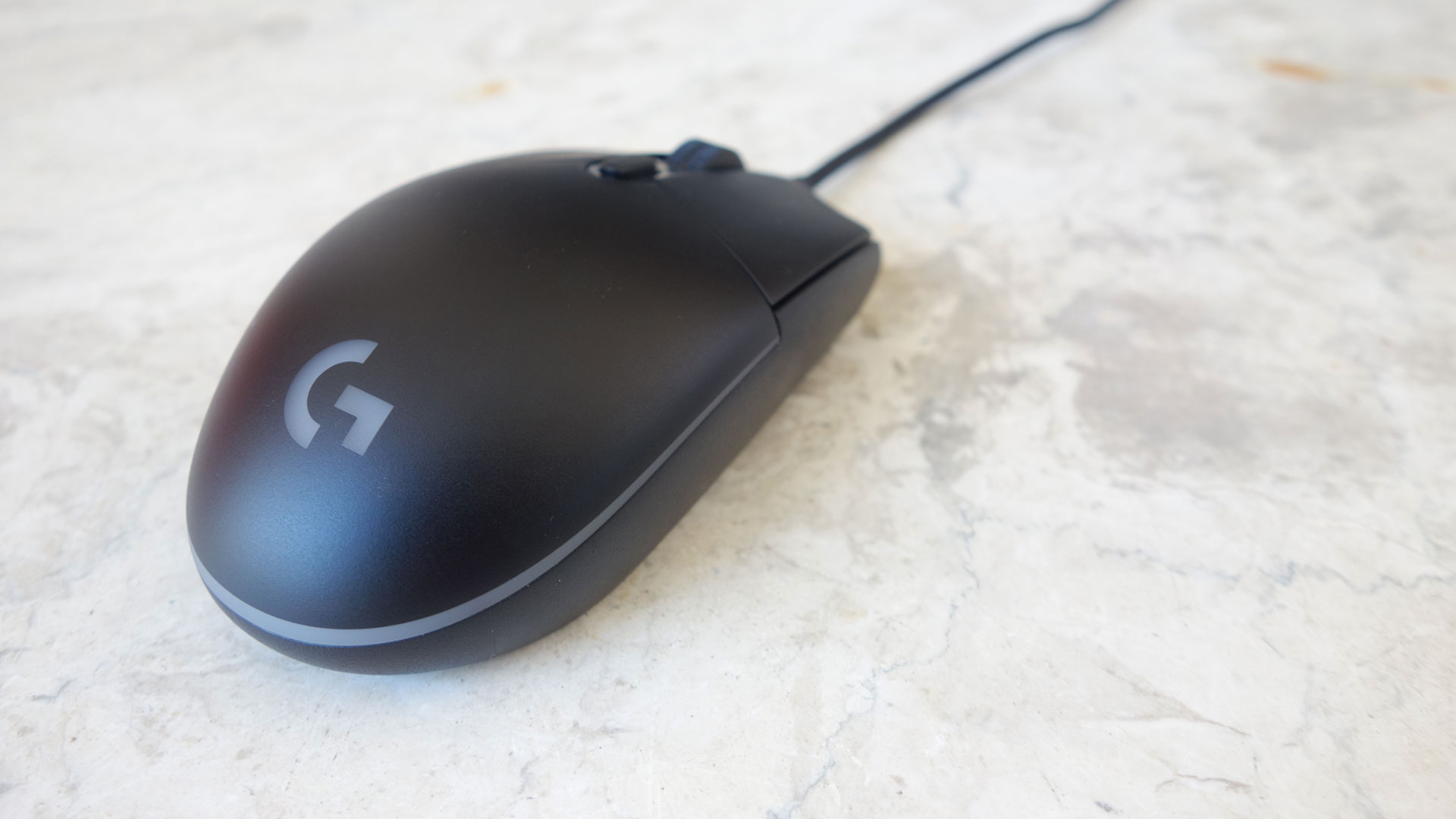 Just like the G102, the G Pro doesn’t come with side buttons on both sides so left-handed users won’t have thumb buttons at their disposal in spite having an ambidextrous design, which was also one of our smaller gripes with the G102. Another issue we also have with the G Pro is that the braided cable feels a bit too stiff and heavy, which may prove bothersome if not laid out well on one’s desk. Using a mouse bungee might help alleviate some of the potential issues caused by the cable.

As expected though, the build quality of the G Pro is very impressive. There’s no flexing, rattling, or creaking anywhere on the mouse; there aren’t any sharp or protruding edges; and the buttons have barely any to no wobble. The chamfered mouse feet also help the G Pro glide smoothly on most surfaces. Lastly, the braided cable on the G Pro feels very dense and sturdy which is probably why it’s not as flexible. 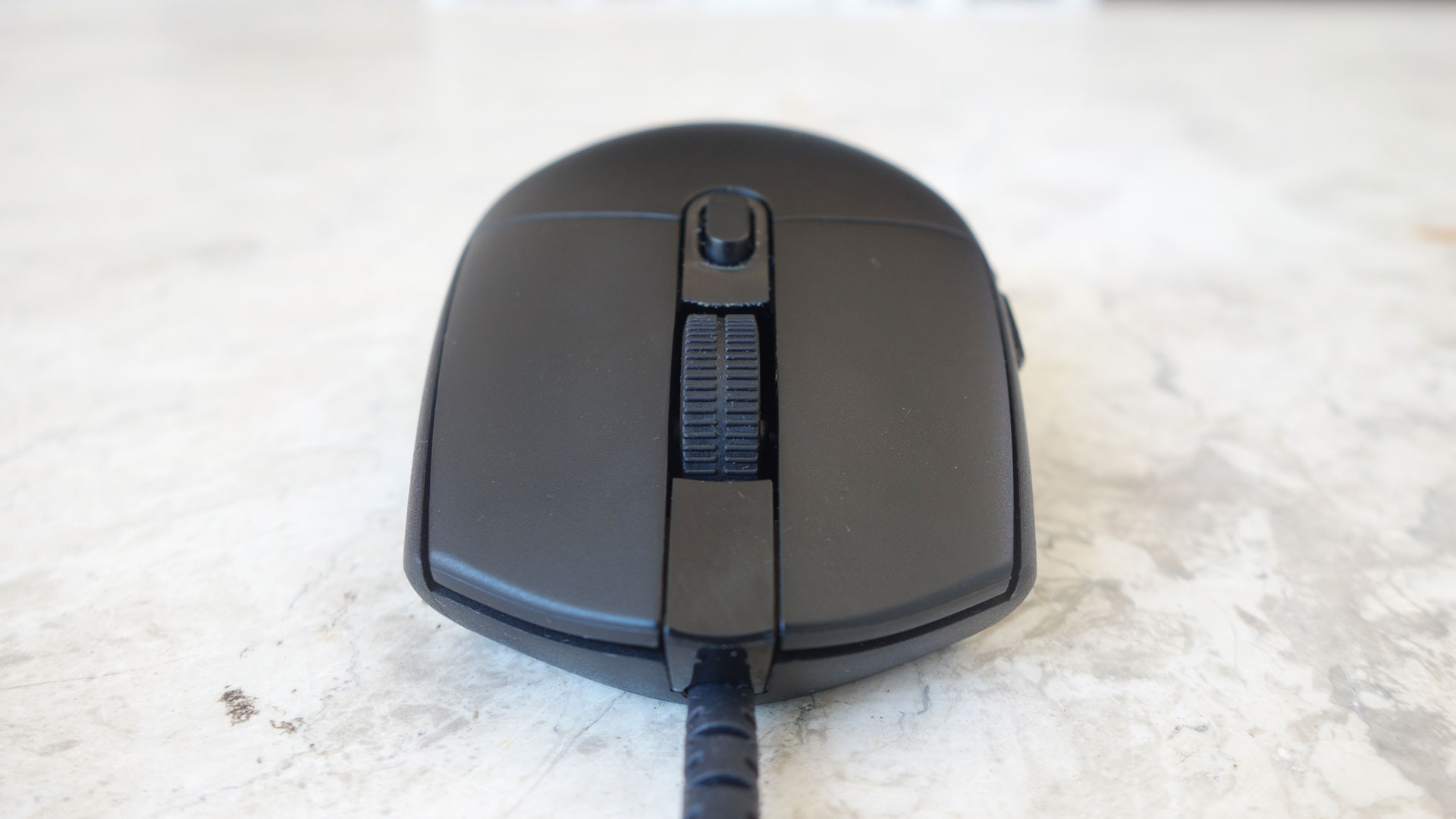 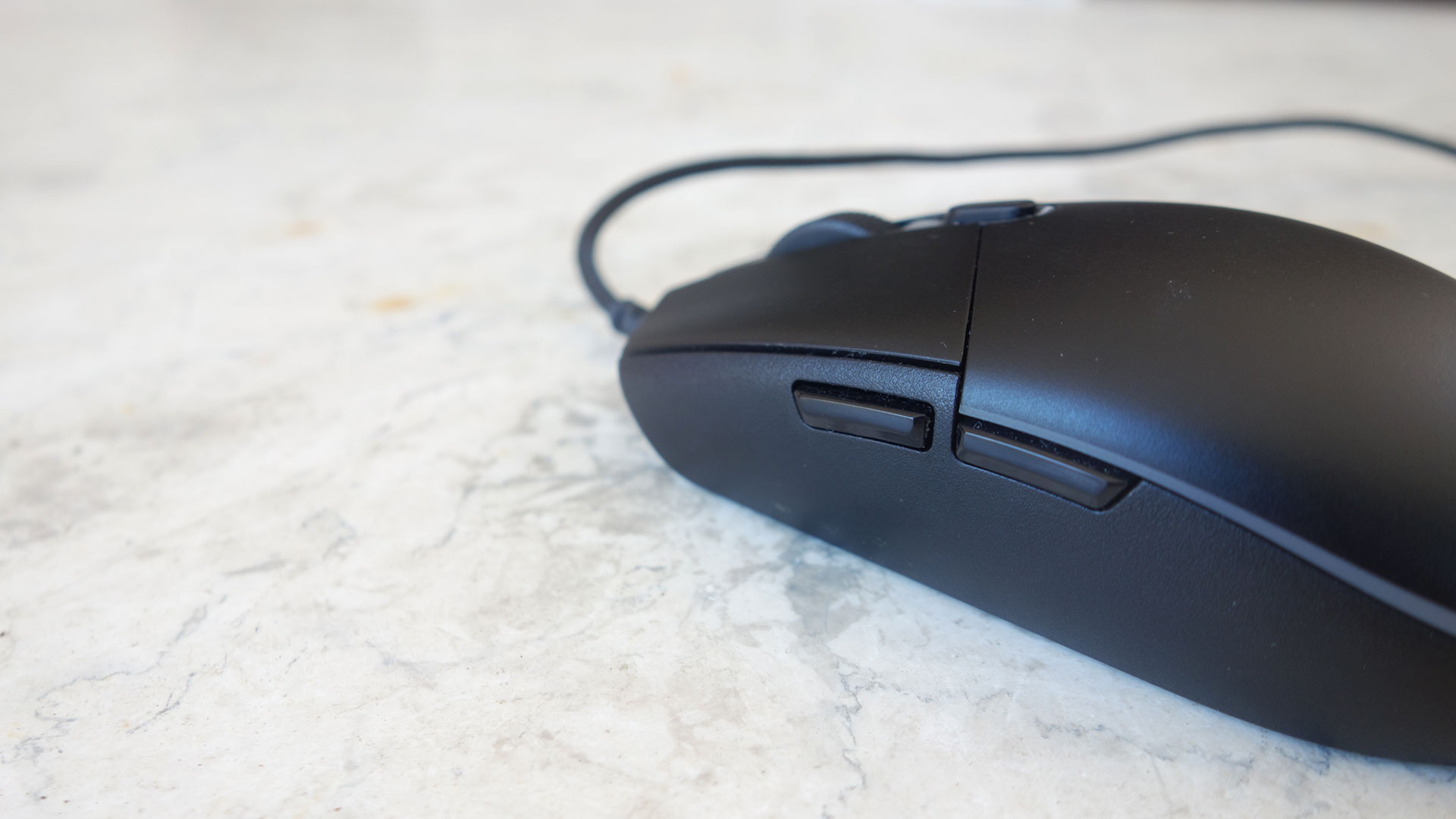 Apart from its shared design, the G Pro also comes with most of the same features as the G102 including programmable RGB LED lighting, six programmable buttons (including the two aforementioned side buttons), onboard memory, and on-the-fly DPI shifting. Additionally, the G Pro also comes with surface tuning and the aforementioned braided cable as opposed to the rubber cable of the G102.

The features of the G Pro can  be accessed via the Logitech Gaming Software, which is fairly easy to use. Users can set the G Pro’s DPI, DPI steps, button functions, the RGB LED lighting settings, surface tuning, as well as save configuration profiles on either the mouse’s on-board memory or the computer itself. The G Pro can store one profile, allowing users to bring their favorite configuration with them. There’s also a heat mapping feature that measures how much and how long you press certain buttons. 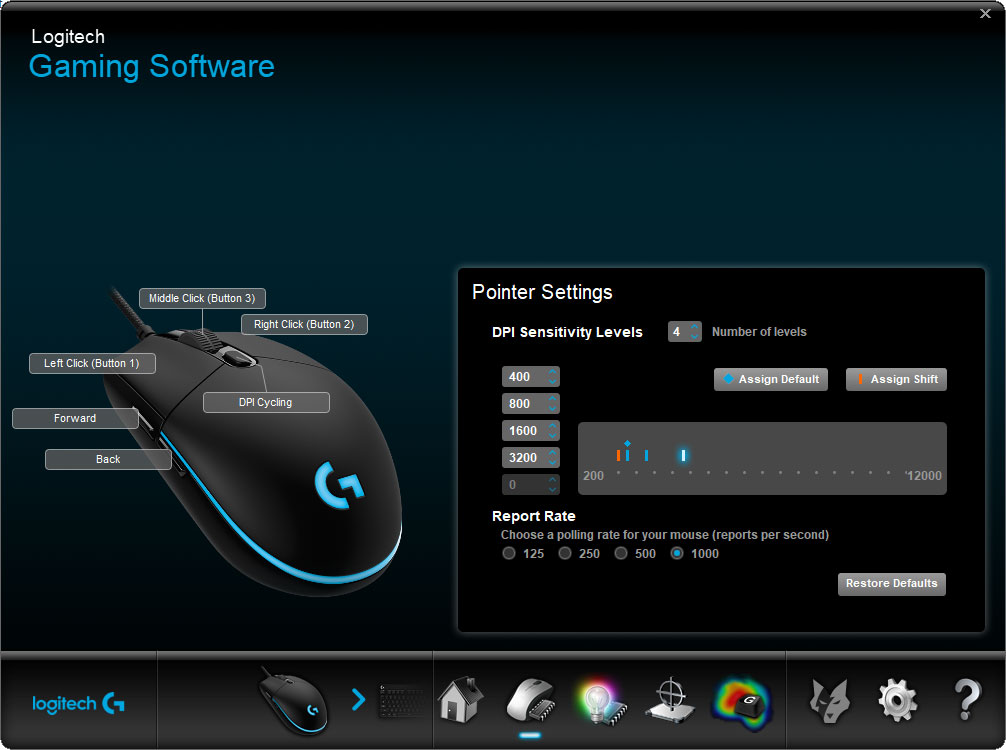 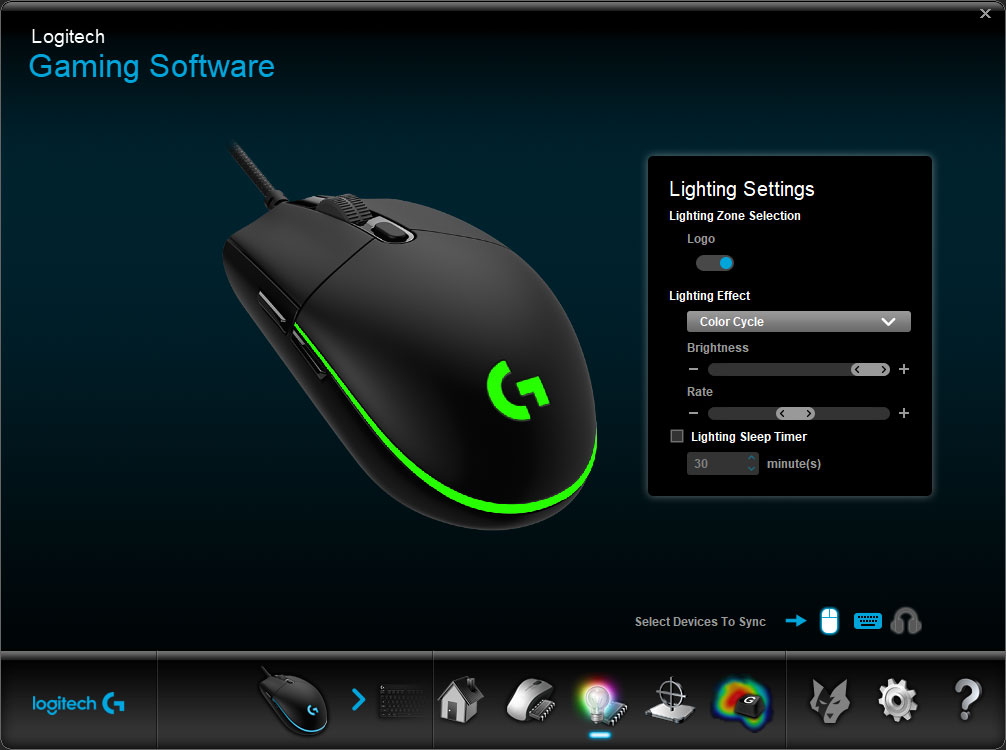 The biggest differences between the G Pro and G102 though are their sensors and main mouse buttons. While the G102 is equipped with a new Mercury sensor, the G Pro comes with the popular Pixart PMW3366, which is considered as one of the industry’s best mouse sensors. The sensitivity of the PWM3366 can be set as high as 12000 DPI. The G Pro is also equipped with a better variant of the Omron D2FC-F-7N switch than the G102, with the former being rated at 20 million clicks and the latter at only five or 10 million.

The PMW3366 sensor in the G Pro performs incredibly well and is able to track movement accurately and consistently, even when the mouse is moved rather quickly. It’s one of the best mouse sensors we’ve used so far and is marginally better than the Mercury sensor in the G102. We tested the G Pro for accuracy at different CPIs, jitter, acceleration, as well as angle snapping using MouseTester v1.5 and all the test came out beyond satisfactory. 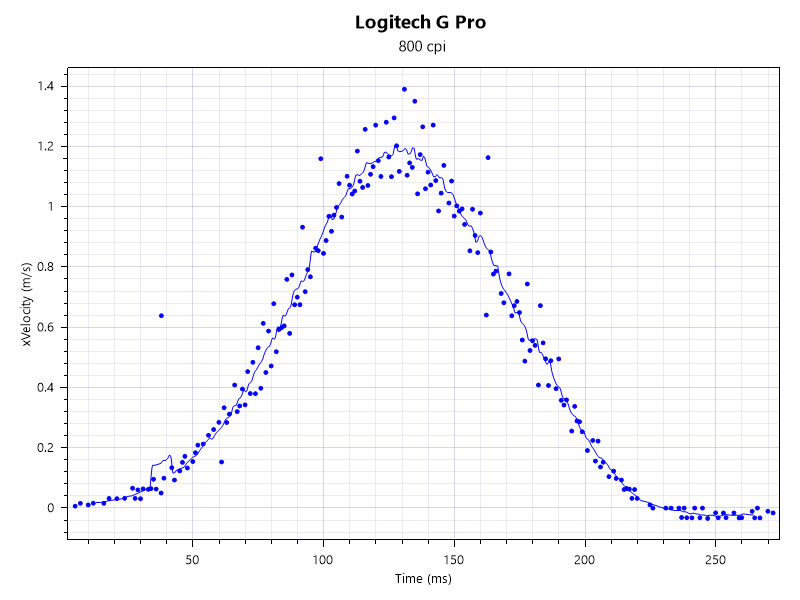 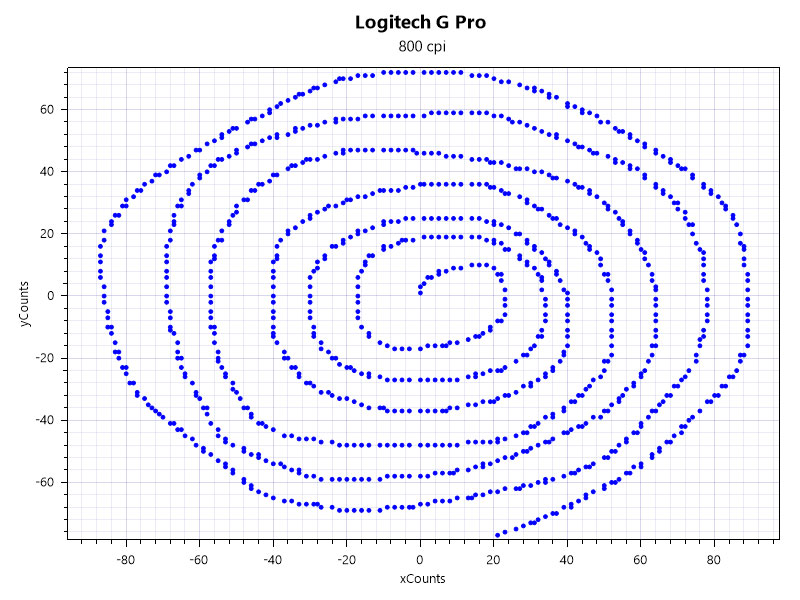 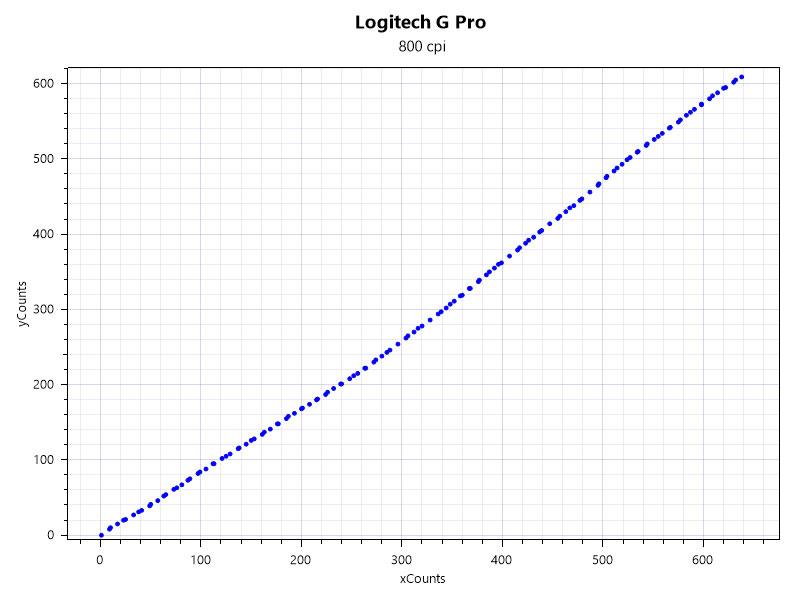 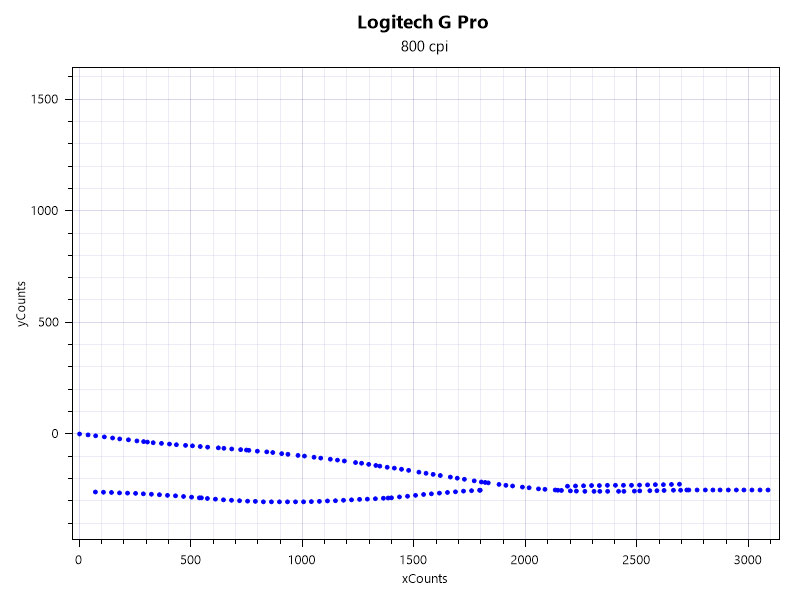 The Logitech G Pro features an excellent ambidextrous design coupled with super build quality. And it’s packed with one of the best sensor’s in the market along with impressive buttons and a slew of great features. In spite of only having side buttons on one side, left-handed users will still get to experience the best parts of the mouse – the aforementioned sensor and main mouse buttons. And while it is much pricier than the G102, the G Pro brings some welcome additions including sturdier switches, a better sensor, a braided cable, and surface tuning. The Logitech G Pro undeniably one of the best mice we’ve ever used and we can’t recommend it enough.