To say that the Last Guardian was in development for a long time is an understatement.

In spite being originally announced for the PlayStation 3, as a spiritual successor to Ico and Shadow of the Colossus, The Last Guardian’s origins hails back to a time way before the game even started development in 2007. And after failing to launch on the PlayStation 3, due to both delays and hardware limitations, and being announced for the PlayStation 4 afterwards, its foundations ostensibly reach across multiple console generations, which has sadly proven to be a detriment to the game as many of its elements have ended up looking and feeling quite dated.

In the Last Guardian, you take on the role of an unnamed boy who wakes up in the ruins of a mysterious dungeon. Soon after, you discover you’re not alone as you meet the game’s other protagonist and your would-be friend and companion         Trico, a cat-dog-bird hybrid of sorts, in a fallen and near-death state leaving you with the task of finding food, in the form of barrels of a mysterious substance, to get him back on his feet. An act that you’ll be doing quite often throughout the game to help encourage Trico on, something that proves to be one of the game’s biggest challenges and setbacks. 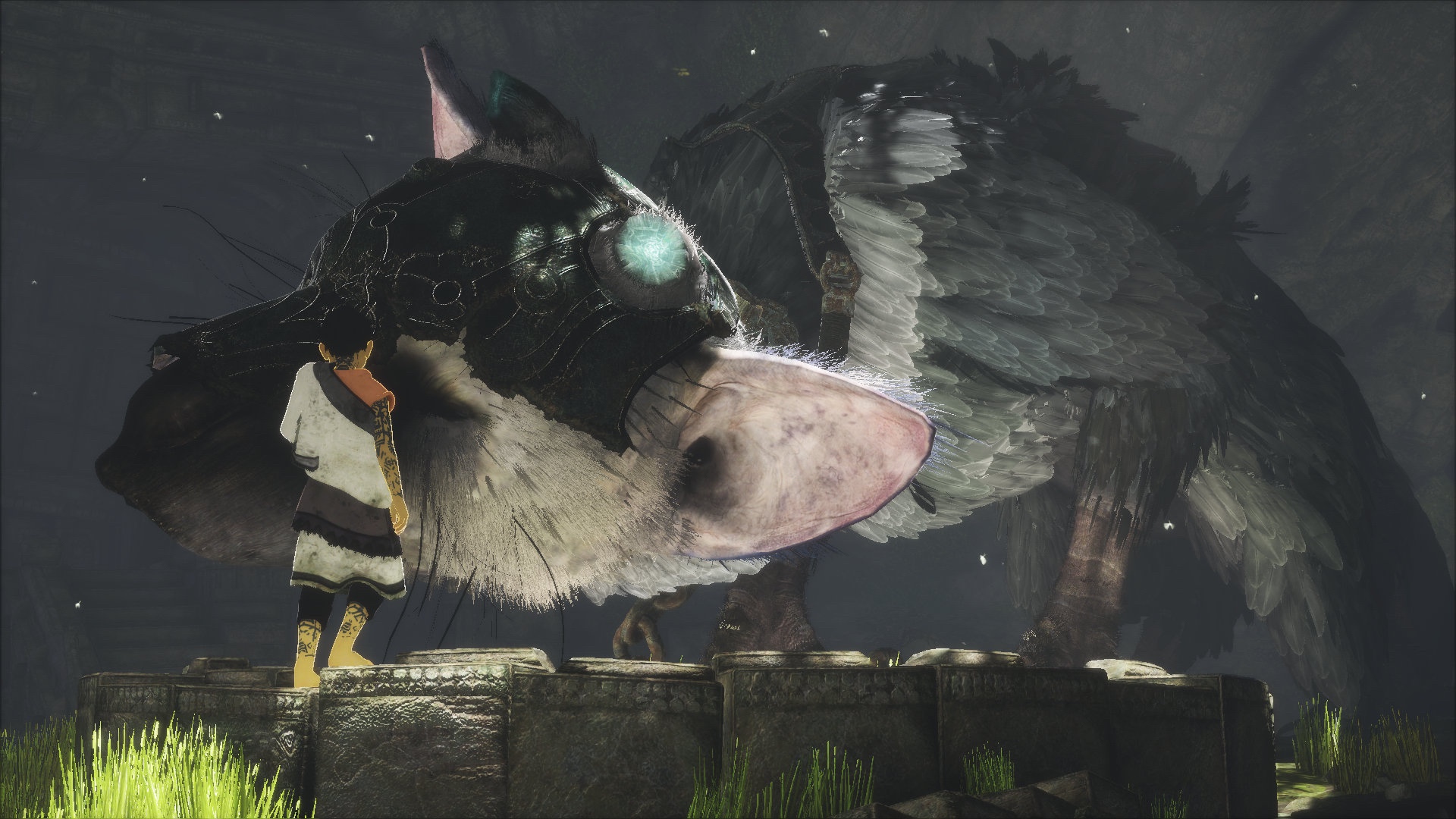 As you attempt to find your way out of the dungeon, you not only try to guide Trico around the game’s numerous areas but you also have to use and work with Trico to traverse some of the game’s puzzles and challenges. Doing all this becomes additionally challenging when you realize that Trico, much like a real cat, is more than difficult to control consistently and reliably. At times, Trico will either take a while to respond to your commands or completely ignore your commands altogether, making for a very frustrating experience at times.

The boy isn’t so easy to control either as his agility leaves much to be desired. He regularly stumbles and is slow to recover, his jumps are small and sometimes hard to judge, and his movement is generally slow and sluggish. But as the character is a young boy, all this is partially expected and completely intentional although having that in mind doesn’t help reduce the frustration from trying to control him especially when you’re used to more agile characters from other games. The boy’s movements combined with Trico’s stubbornness makes going through the game’s puzzles more difficult and frustrating.

The game does do a decent job at giving you hints about some of the puzzles and challenges as well as how some of the game’s mechanics work, using tooltips as well as the game’s narrator. But, at times, it fails to tell you exactly how a few crucial things work and you’re forced to figure it all out yourself through trial and error. One of these is the set of commands you can give Trico, which the game never really explains. While the game does tell you how to give commands, it never really tells you what each of the commands fully do. 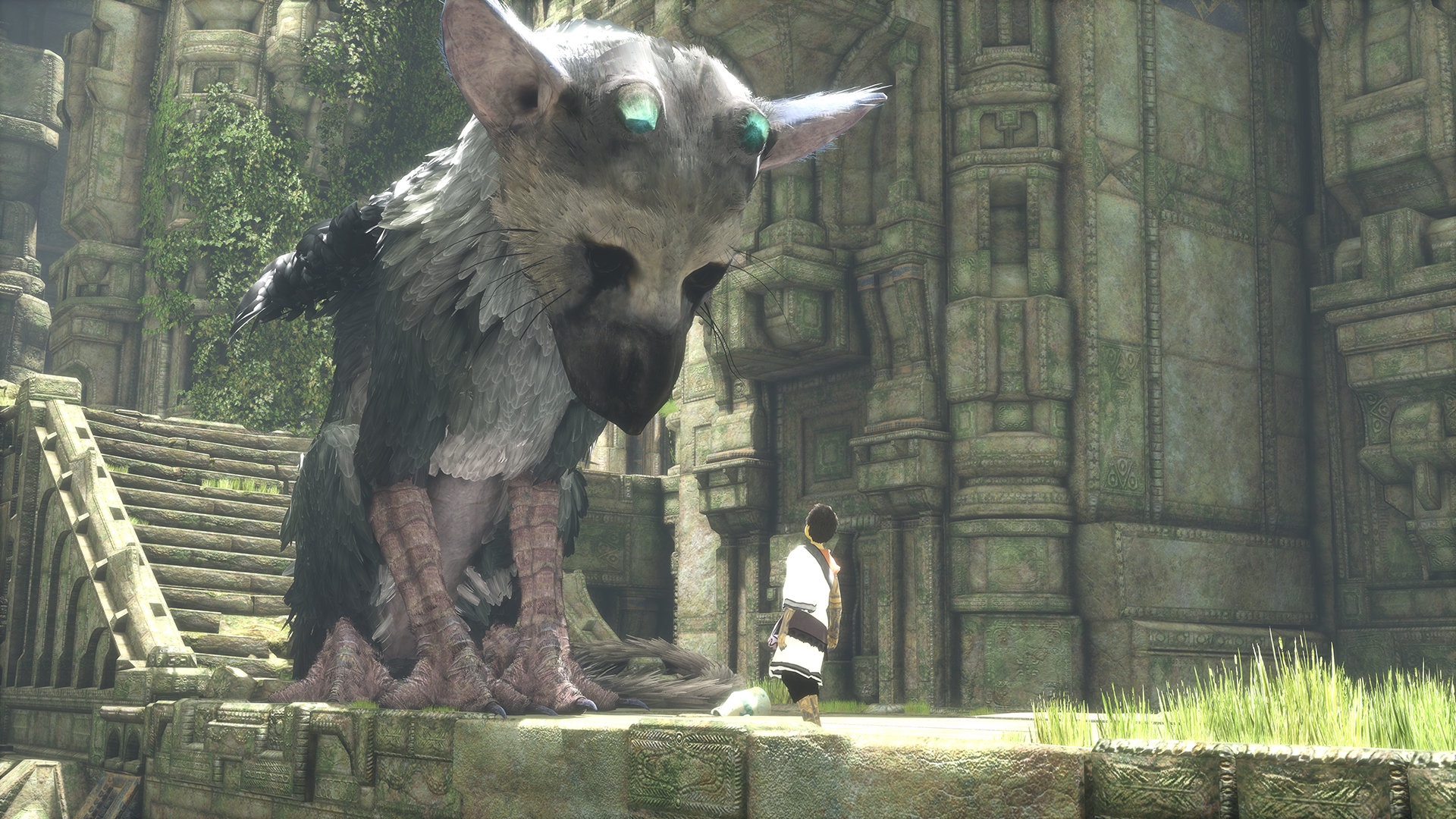 At the very least, the frustrations with the game’s controls and waiting for Trico to actually listen to your commands gives you time to appreciate the game’s visuals, which are undeniably astounding. While the boy and the rest of the game’s humanoid characters are graphically stylized, which may not sit well with some, Trico and the game’s world are all visually breathtaking. Trico’s graphical detail and physics as well as the world’s visual effects and just how much of the game’s world you’re able to see when outdoors reveals part of why the game moving to the Playstation 4 was a necessary change.

You also get to appreciate the game’s amazing map design, undoubtedly another one of its shining moments. As you go through the game, you’ll soon realize just how intricate the world is. Instead of multiple areas that are completely separate and detached from each other, the game does a great job of intertwining some of its areas which makes the entire world feel more connected and unified. You’ll also, at times, find yourself back in areas you’ve previously been to but will have to get through them differently due changing circumstances making for a practically new experience.

Moreover, the game’s puzzles and challenges are some of the best we’ve seen from a platformer in a long time, although traversing them can take quite a while due to the aforementioned issues. The game’s puzzles start out quite simple and easy as they also introduce you to some of the game’s mechanics. The puzzles then become increasingly difficult and complicated as the game goes on and as you begin to work with Trico more. The dynamic of the boy and Trico make for a great variety of mechanics and puzzles throughout the game. 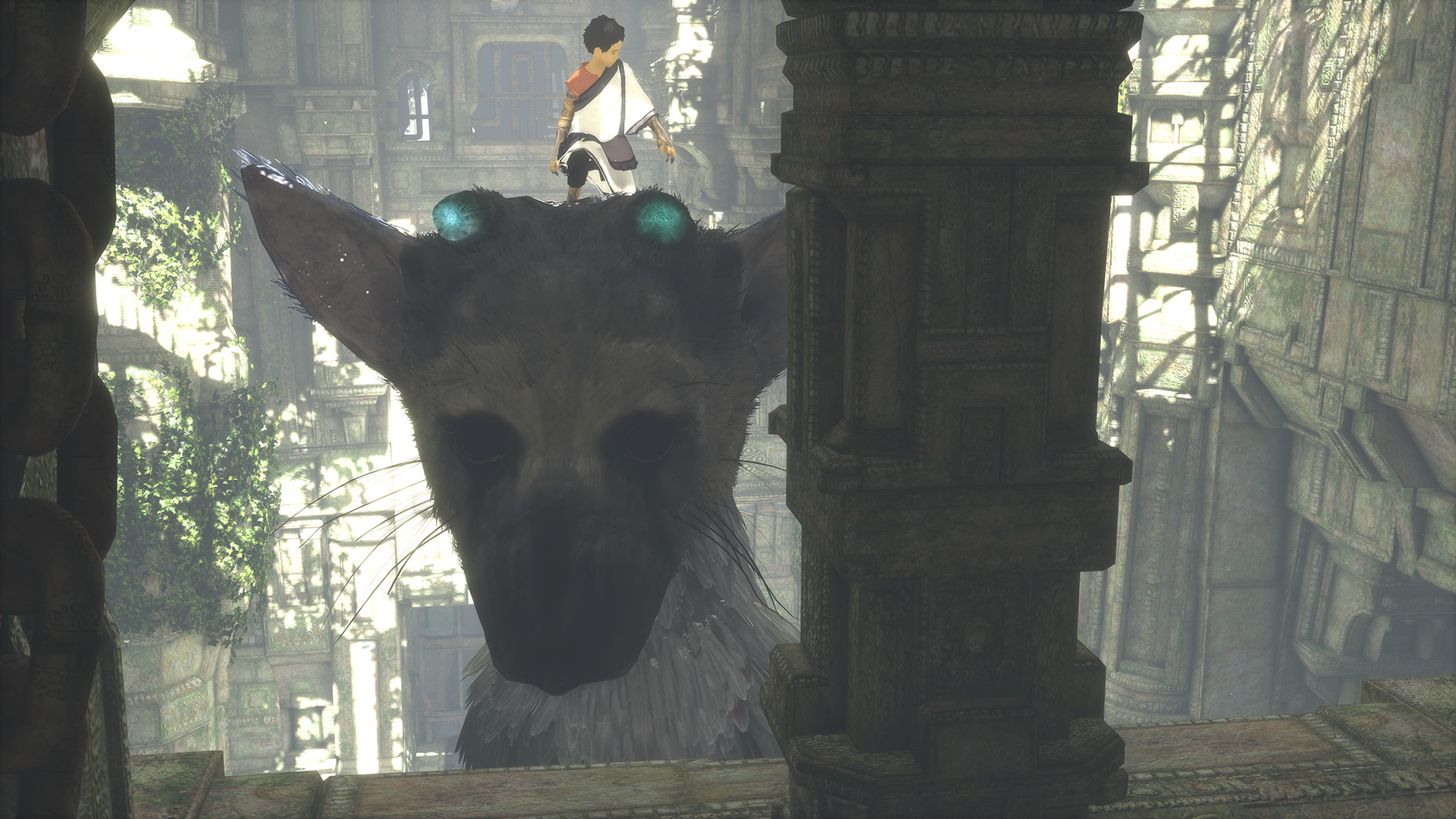 But while the game’s puzzles are one of its best elements, they do start to feel relentless as you move further into the game with not many breaks in between for things like story development. Playing the game for a long period of time may end up feeling monotonous or tiring. And while the game does give you glimpses into the game’s lore from time to time to answer some of the inevitable questions you have about the game’s world, they are few and far between and sometimes even offer more questions than answers.

Regardless, it quickly becomes obvious that the focus of The Last Guardian’s story is and always goes back to the relationship between the boy and Trico and how it grows and evolves as they attempt to find their way out of the humongous labyrinth they’ve both found themselves lost in together. The game is riddled with sentimental and emotional moments that not only strengthen the bond between the boy and Trico but also get the player more emotionally invested in their stories and relationship. By the end of it, it will be hard not to feel attached to Trico and the boy.

If anything, The Last Guardian is undeniably polarizing. The game features a wide-ranging plethora of magnificent highs and scathing lows. It is capable of both impressing and disappointing in the extremes and, in spite of its shining moments, it still feels incomplete. A game and a story the developers could have done so much more with given the amount of time they had to work on it. And for a title trying to live up to both its self-built excitement and the legacy left by its spiritual predecessors, it sadly falls a bit short of hitting both marks.