KontrolFreek has been making gamepad accessories, such as thumbstick attachments and stick-on grips, for over 10 years now and the company’s products have evolved and improved throughout that time. KontrolFreek launched its new FPS Freek Inferno thumbstick attachments in the Philippines last year and we got to check it out along with the company’s Performance Grips XT controller grips. 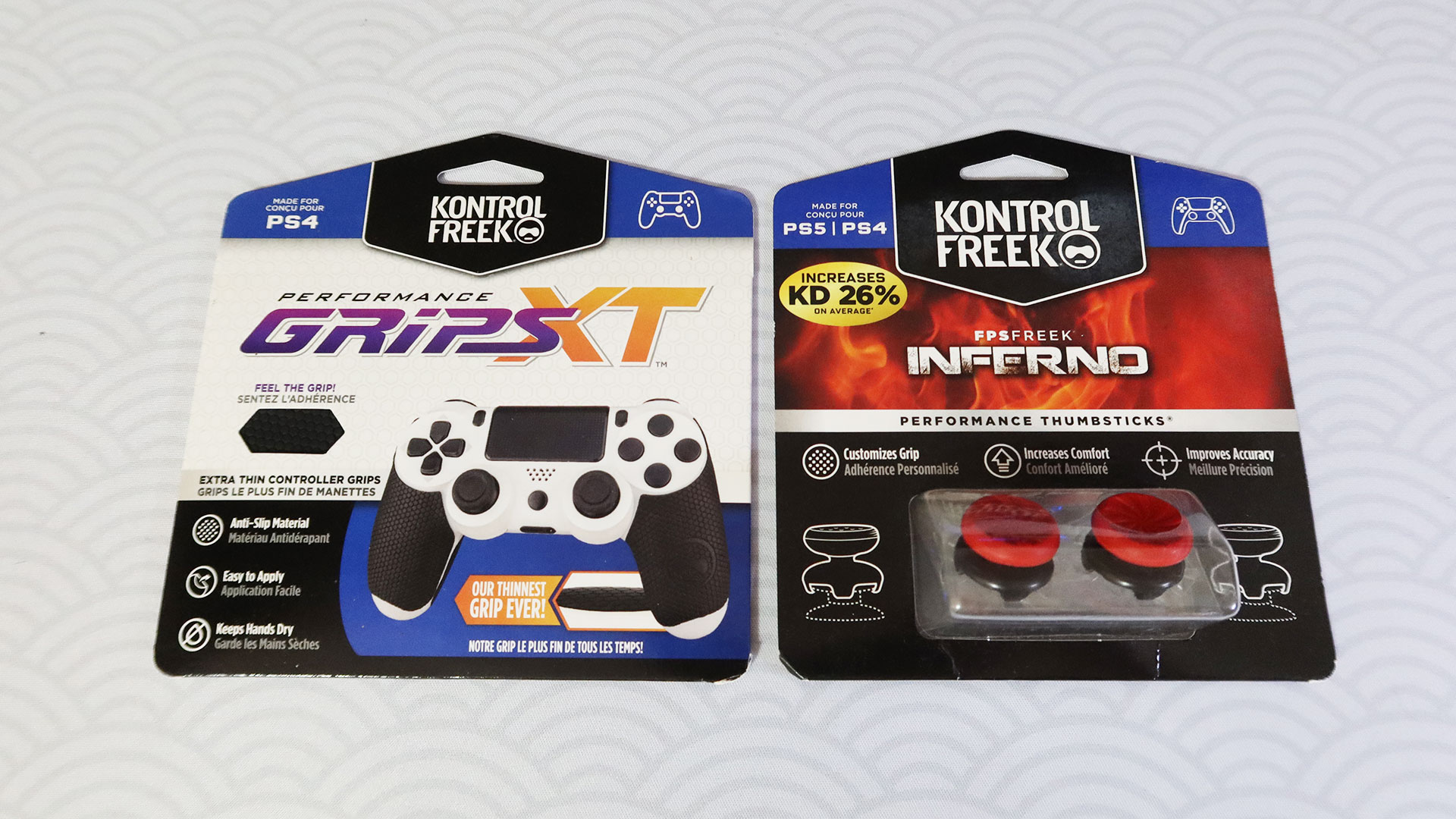 The new FPS Freek Inferno is part of KontrolFreek’s new lineup of thumbstick attachments that feature its new 4-prong design that supposedly offers better stability regardless of how users position their thumbs or how aggressively they’re moved.

As its name suggests, the FPS Freek Inferno is designed to help those who play first-person shooters be more precise. It achieves this by adding 9.9mm of height to the thumbsticks, which increases their radial and arc distance for more precise motions. The FPS Freek Inferno also features a spiral pattern that supposedly offers a more stable grip that adapts to the amount of pressure put on it regardless of the direction the stick is moved. 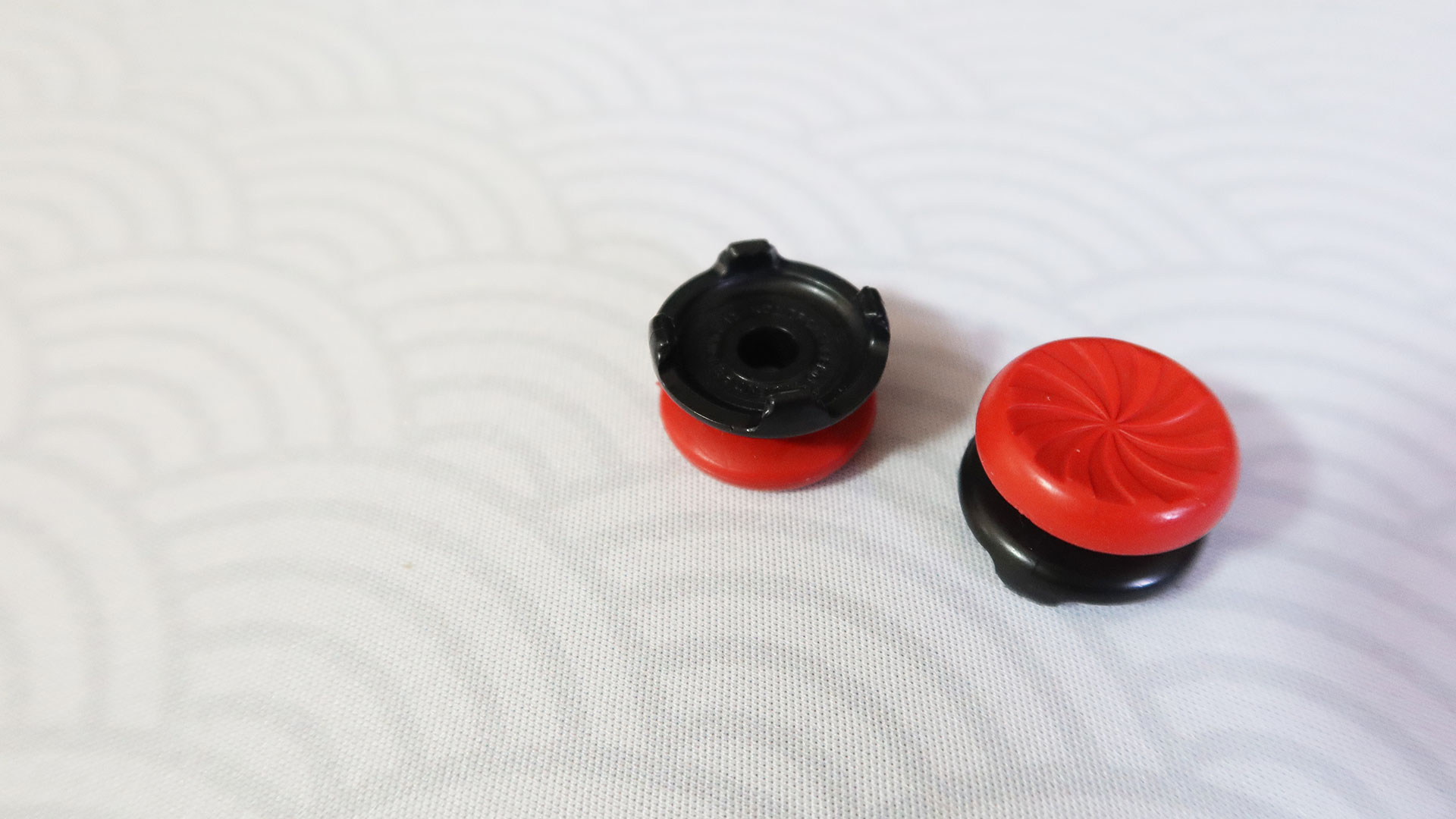 The FPS Freek Inferno comes in a red and black color scheme with KontrolFreek’s proprietary rubber compound. Securing the attachments to the thumbsticks can be challenging as the rubber prongs tend to get pinched. I had to use a small flat screwdriver to get the prongs to unpinch and attach fully. Once they were properly attached though, they were impressively secure, which is most likely thanks to the new 4-prong design. 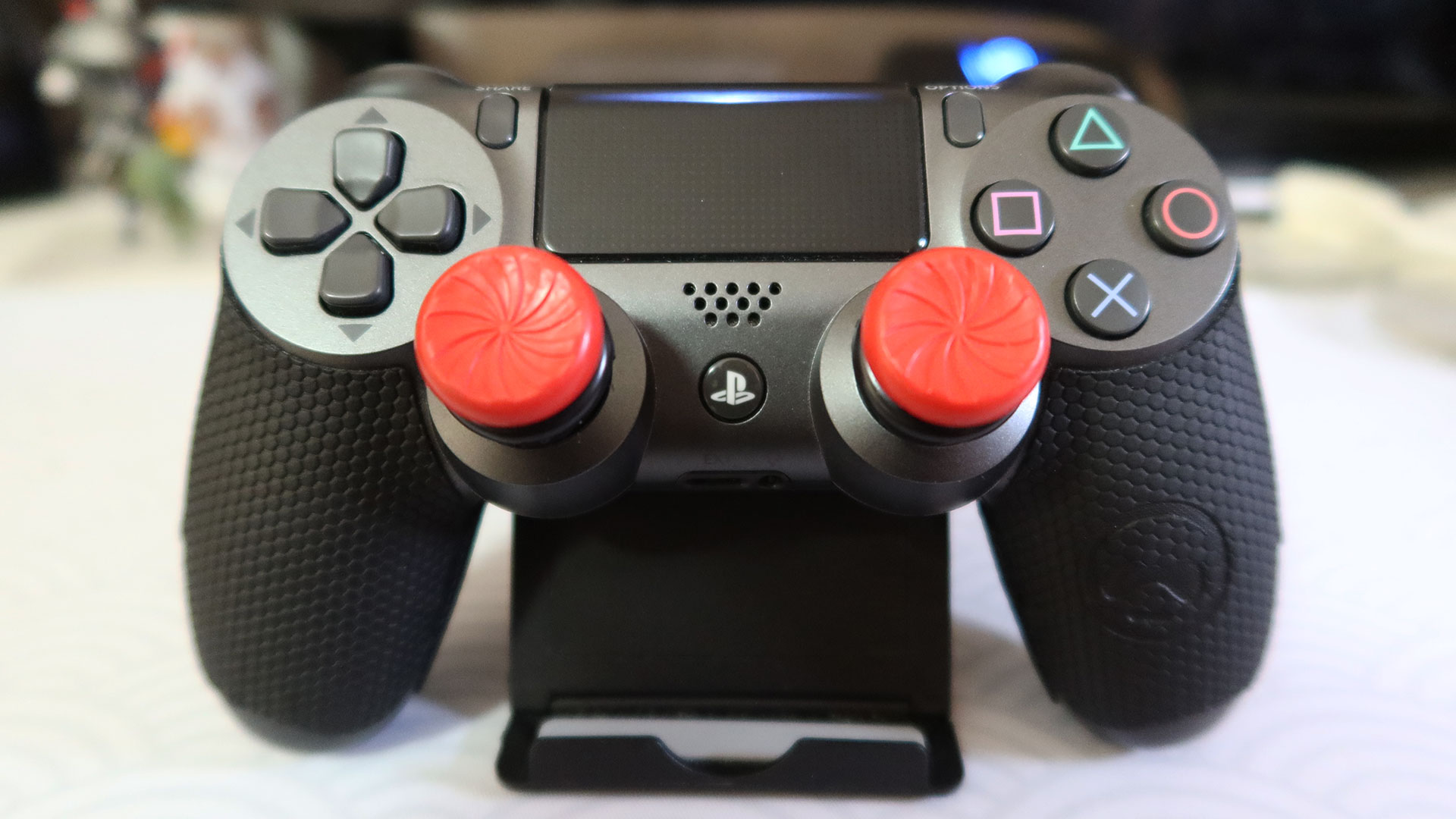 It took a while to get used to the taller thumbsticks but, as advertised, they certainly do help make smaller and more precise movements, which is incredibly useful for first-person shooters. Particularly, it was much easier to aim at smaller targets from far away. The wider range of motion also allowed me to set my sensitivity higher while still being able to maintain precise aiming so I didn’t have to choose between being able to turn faster or aim smaller.

On the other hand, the wider range of motion also means that more effort is required to swing the thumbstick from end to end so thumb fatigue can set in earlier.

KontrolFreek’s Performance Grips XT was first released way back in 2019. It was released alongside the Performance Grips XP. While the XP variant of KontrolFreek’s controller grip is closer to its original 3-layer design but with a thicker double padded foam layer, the XT variant removes it altogether for a thinner grip design. This means that it offers very little cushioning but leaves the user’s hands closer to the controller.

Attaching the Performance Grips XT so that there aren’t any wrinkles can get pretty tricky depending on the controller you’re using it on. Thankfully it’s easy to remove and reposition the grips. However, doing so will unavoidably wear down the adhesive so it shouldn’t be done too many times. I had to remove and adjust the positioning of the grips once or twice before I was happy with how it was placed. 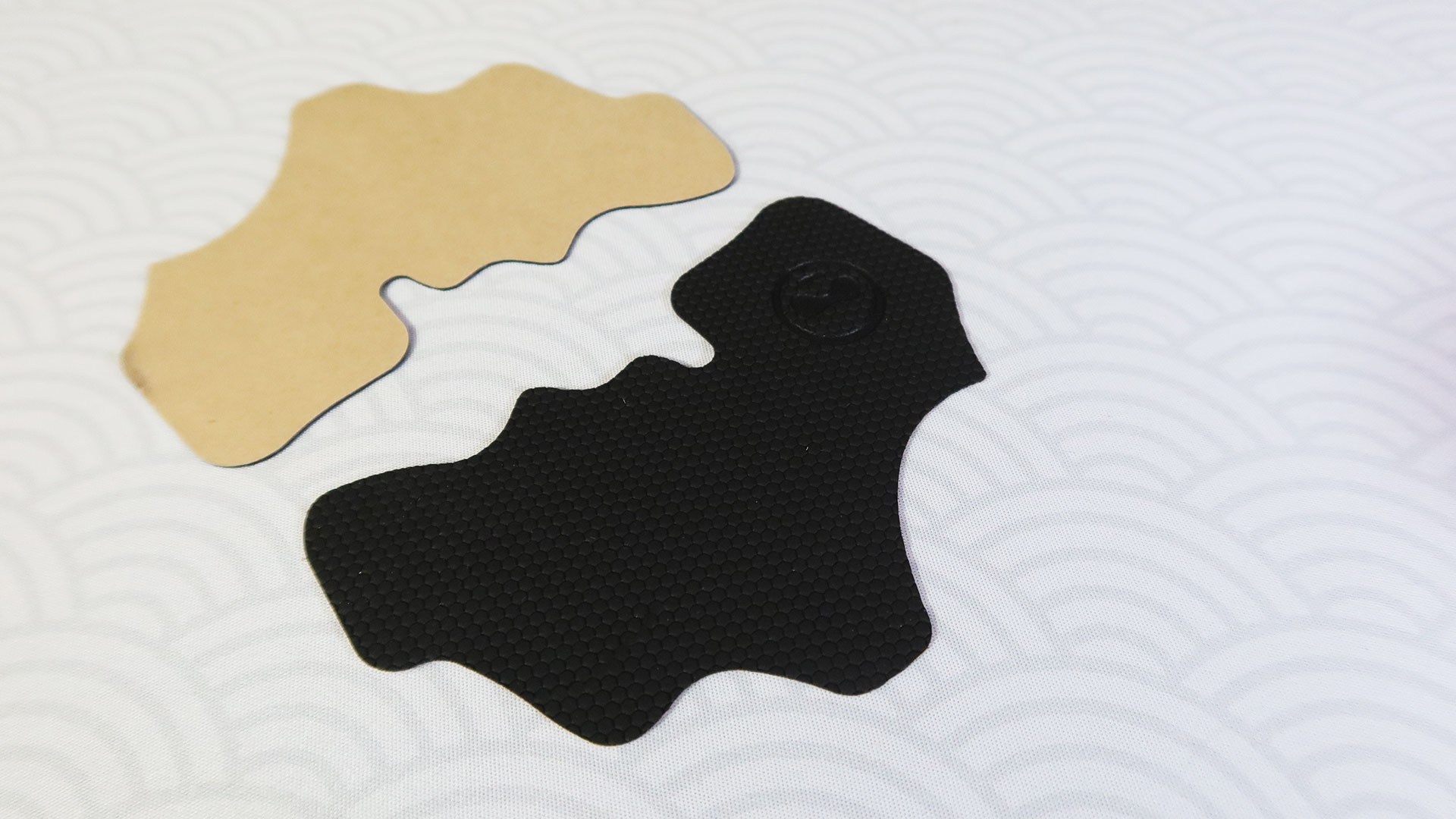 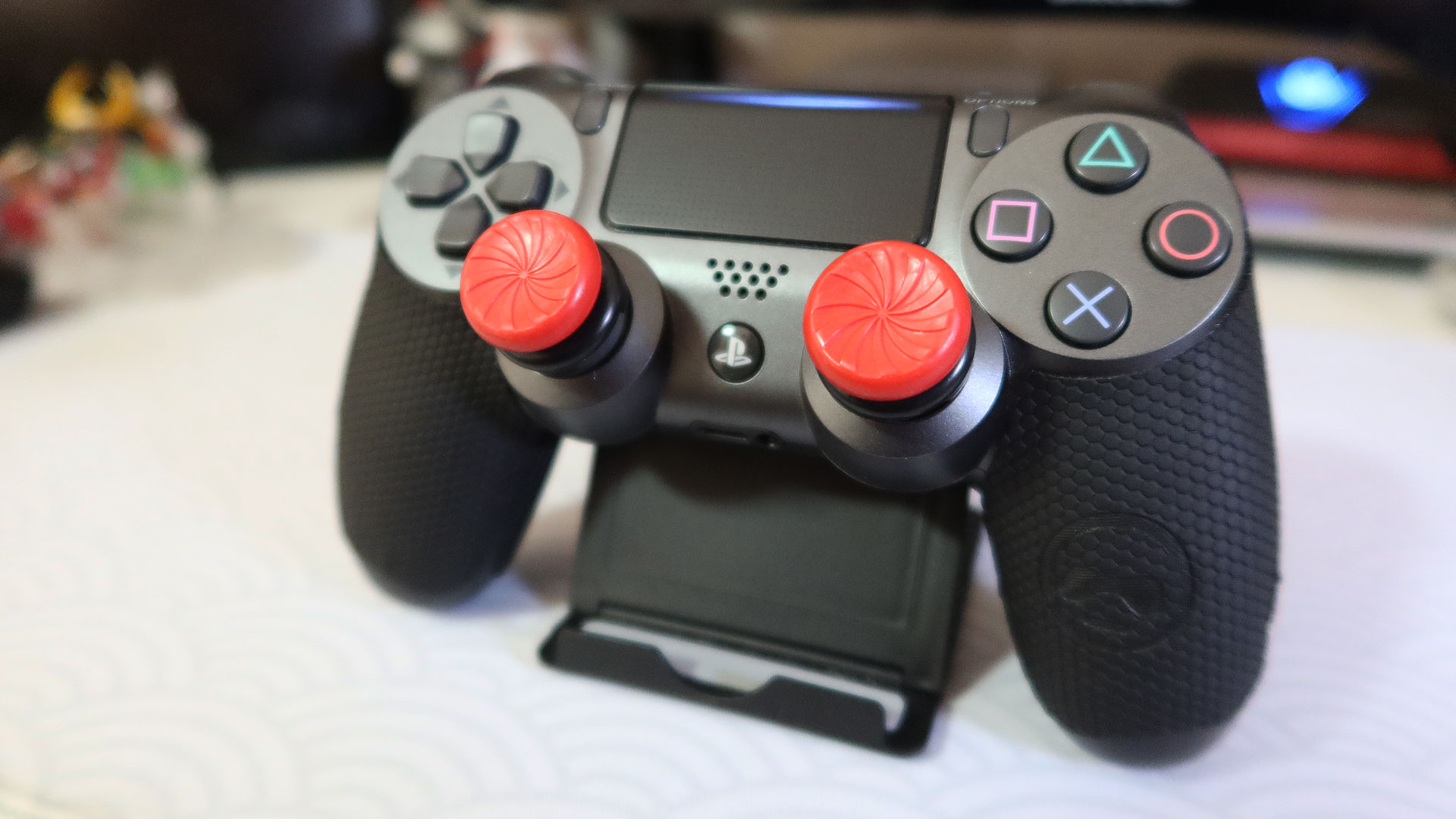 The KontrolFreek FPS Freek Inferno thumbstick attachments offer a definite improvement to using the stock sticks on their own, particularly when the game requires more precise movements. While they may be a bit challenging to secure to the thumbsticks, they’ll definitely stay in place once they are. FPS enthusiasts looking to improve their precision aiming should definitely try it out. And with a price tag of only PHP 899, they’re relatively affordable for something you may be using for a long time.