The next generation of M.2 NVMe SSDs have officially arrived, with more companies coming out with drives featuring the new PCIe 4.0 interface. Kingston, one of the most well-known RAM and storage manufacturers in the world, has released two PCIe 4.0 M.2 NVMe drives so far. The latest of the two drives is the Kingston KC3000 PCIe 4.0 M.2 NVMe SSD, the company’s more mainstream entry following its more gaming-focused Kingston FURY Renegade.

The KC3000 comes in simple blister packaging using thin cardboard and a plastic shell for the drive itself. The front of the packaging features the model number, capacity, rated speed, and the Kingston logo while the back contains disclaimers, regulatory compliance symbols, and more information on the product. The plastic shell comes in two parts that are loosely fitted so the drive might fall out if the packaging is opened carelessly. 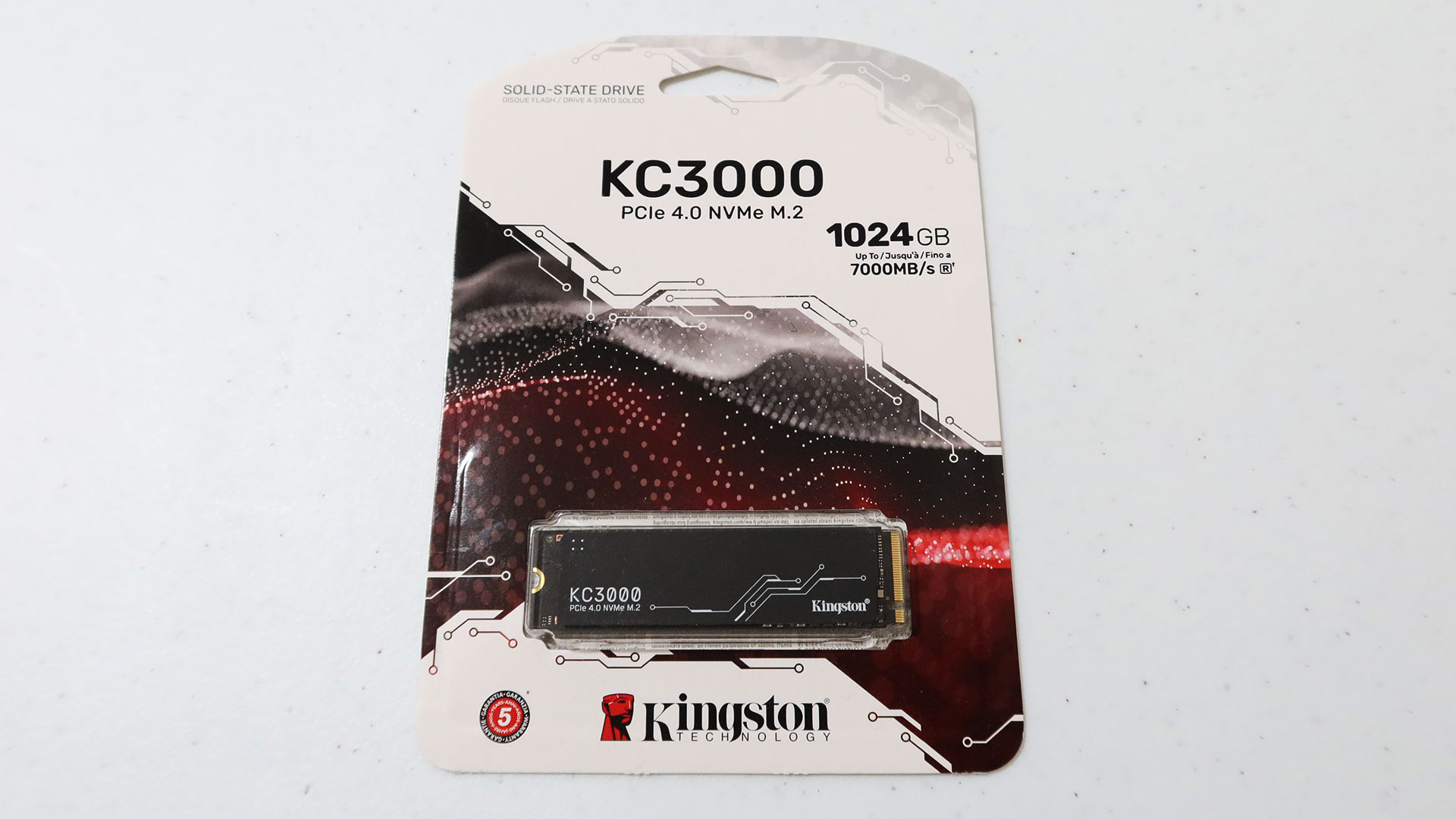 The drive itself comes in the typical M.2 2280 form factor. The 1TB model we’re taking a look at comes in a single-sided design, although the higher capacity models are dual-sided. Both sides are covered in thin graphene aluminum heat spreaders, with one side featuring a simple circuit board design as well as the model name and Kingston branding while the other side has most of the drive’s information. 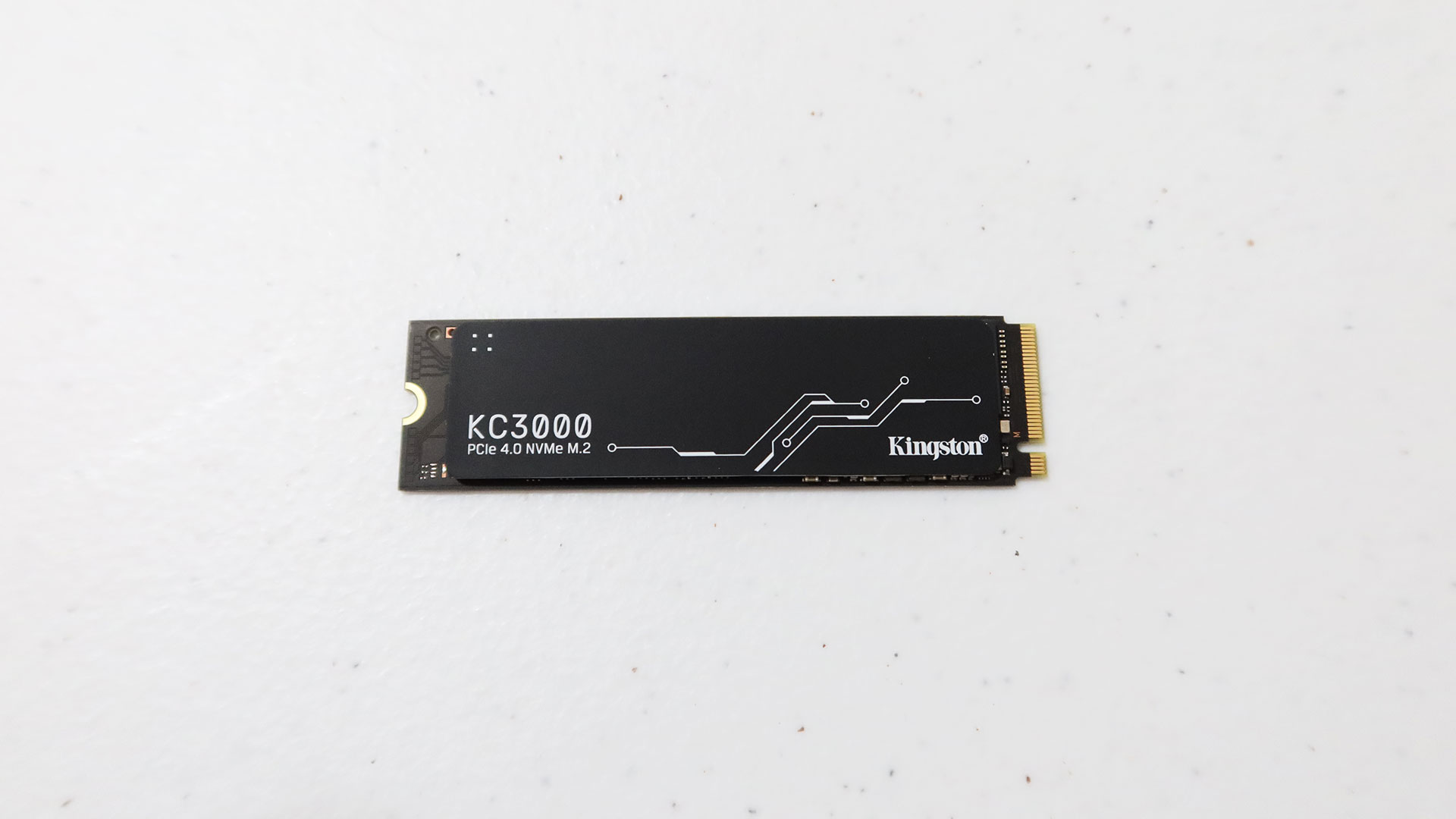 We ran the KC3000 through a few benchmarks to test out its performance, including CrystalDiskMark, AS SSD, and ATTO Benchmark. We compared the results of our CrystalDiskMark and AS SSD tests with other M.2 SSDs we’ve previously tested. However, since the KC3000 is the first PCIe 4.0 M.2 NVMe drive we’ve reviewed, we can only compare it to the PCIe 3.0 drives we’ve previously reviewed.

We also compared our ATTO Benchmark results to show us how well the KC3000 performs with different transfer sizes, how the drive’s speed ramps up, and when it’s able to reach or come close to its rated speed. 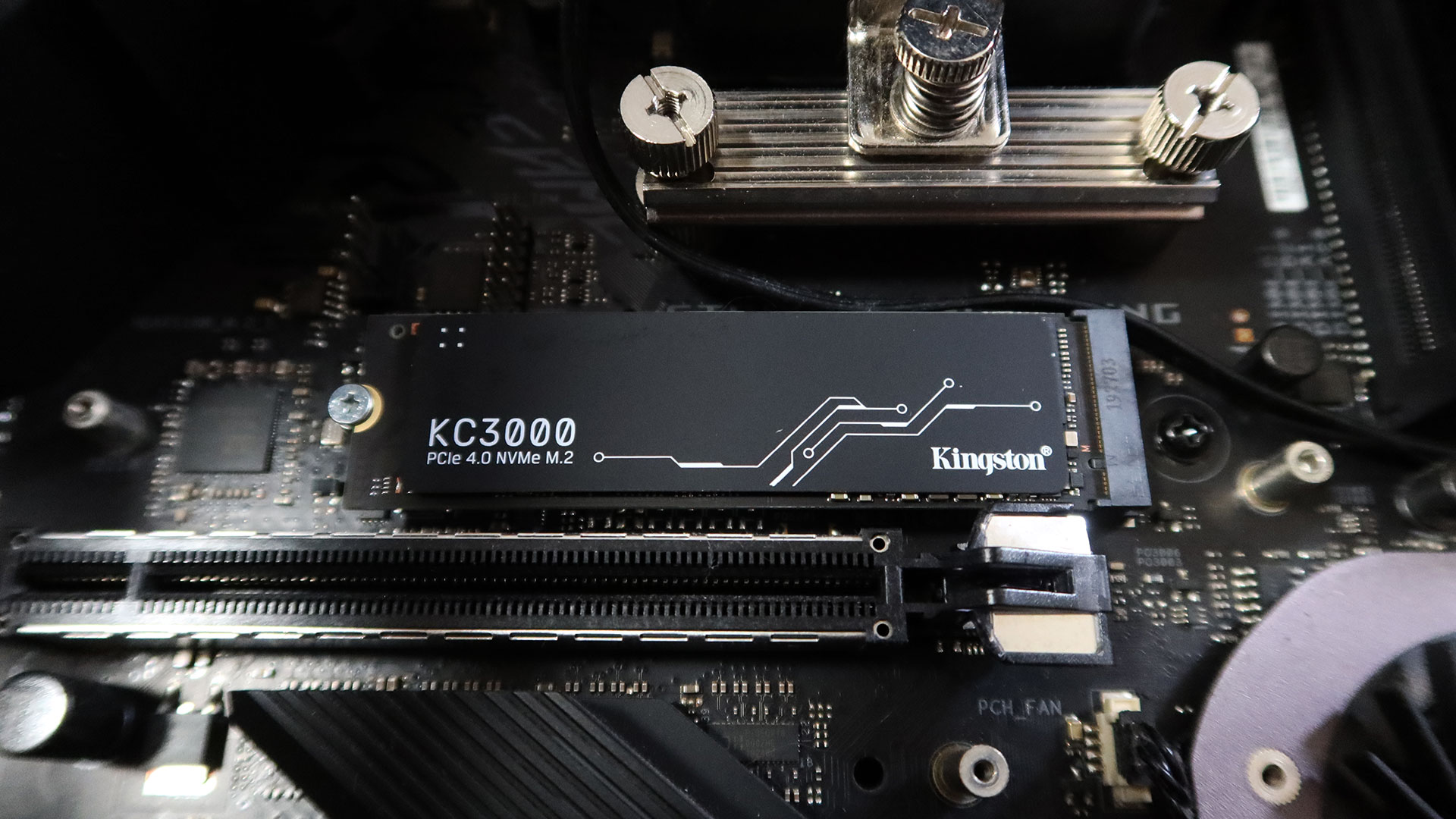 Our ATTO Disk Benchmark read test results show that while the KC3000 performs similarly to older PCIe 3.0 drives at lower transfer sizes up until 32KB, it starts pulling away significantly at 64KB onwards. The KC3000 is impressively also able to reach and maintain its rated read speed of 7,000 MB/s at 256KB and above. The same occurs in our write test, with the KC3000 also pulling away 64KB transfer sizes as well as reaching its rated speed of 6,000 MB/s. 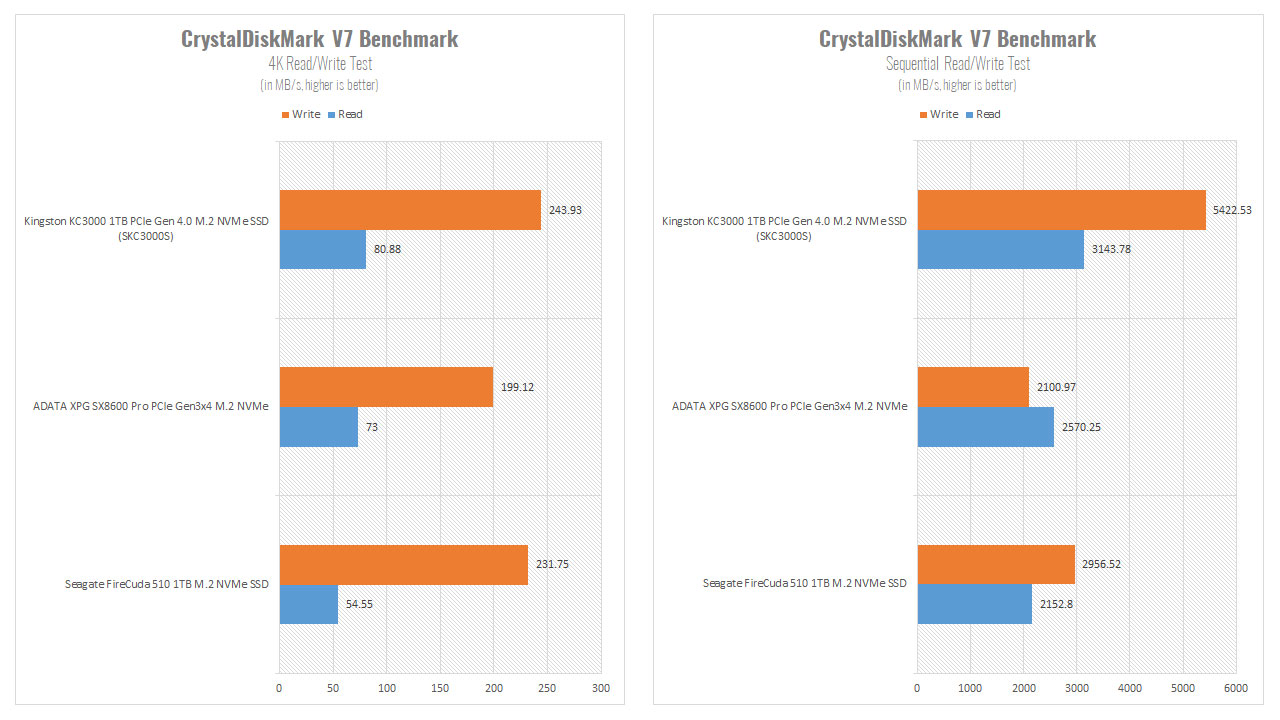 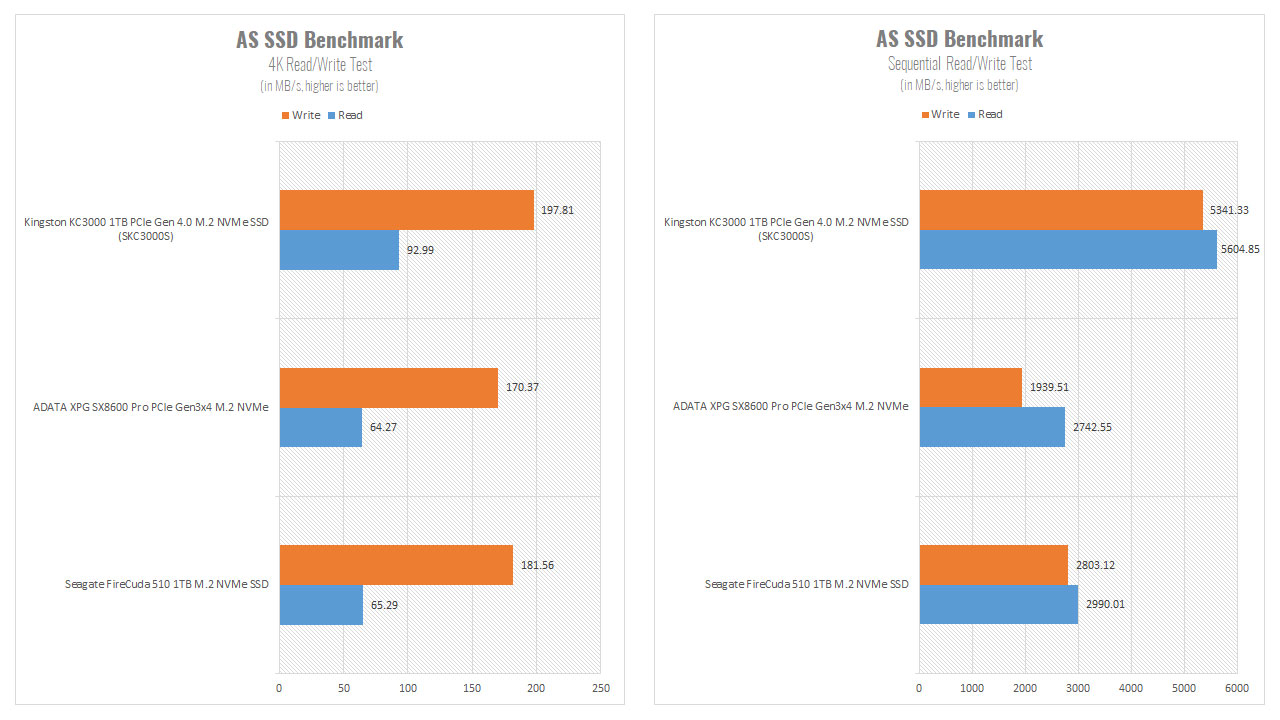 Both our CrystalDiskMark and AS SSD results show that the KC3000 has a marked advantage over its PCIe 3.0 counterparts in 4K random read and write operations. However, its sequential performance is where the difference between the two drive generations can truly be seen, with the KC3000’s performance doubling that of its older counterparts in both read and write operations in AS SSD as well as in CrystalDiskMark’s write test.

The Kingston KC3000 is undoubtedly the best M.2 NVMe SSD we’ve reviewed so far. Its performance trumps any PCIe 3.0 drive we’ve ever tested, even though the KC3000 is positioned as a more mainstream option. While the new drive is expectedly pricier than its last-generation counterparts, those who’ve moved on to either desktops or laptops that support PCIe 4.0 M.2 NVMe SSDs should definitely consider the Kingston KC3000.