It’s been over a year since Kingston sold its HyperX brand to HP and relaunched its memory lineup under its Kingston FURY brand, which now encompasses the company’s entire gamer-centric memory kit catalog. The lineup includes its Impact, Beast, and Renegade product lines, which are its SODIMM, mainstream, and enthusiast lineups, respectively. The Kingston FURY Renegade DDR4 are the company’s series of RAM kits for those who want high-end performance while skipping on RGB lighting. We tested out the Kingston FURY Renegade DDR4-4266 to see if the massively high frequency is worth 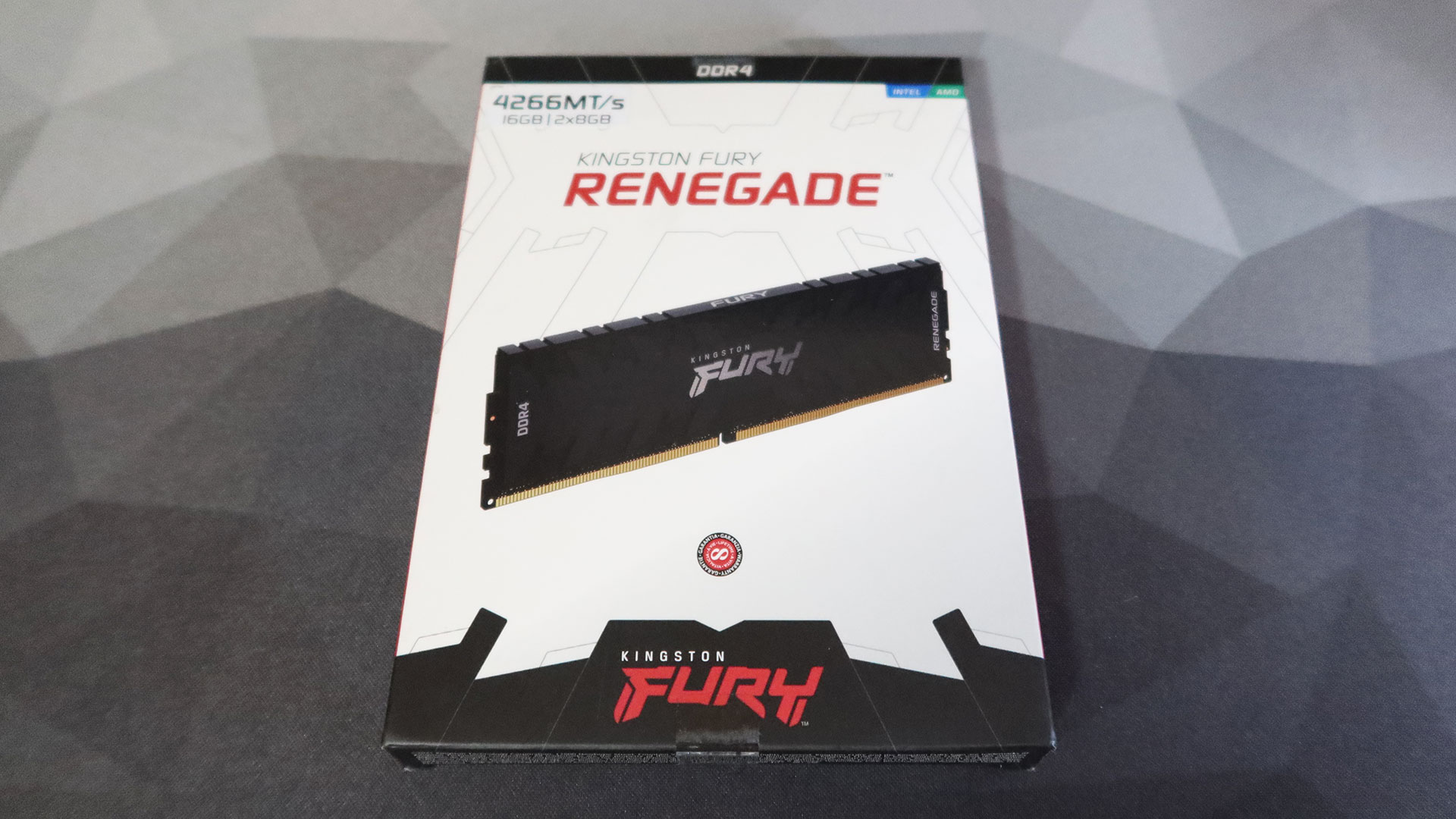 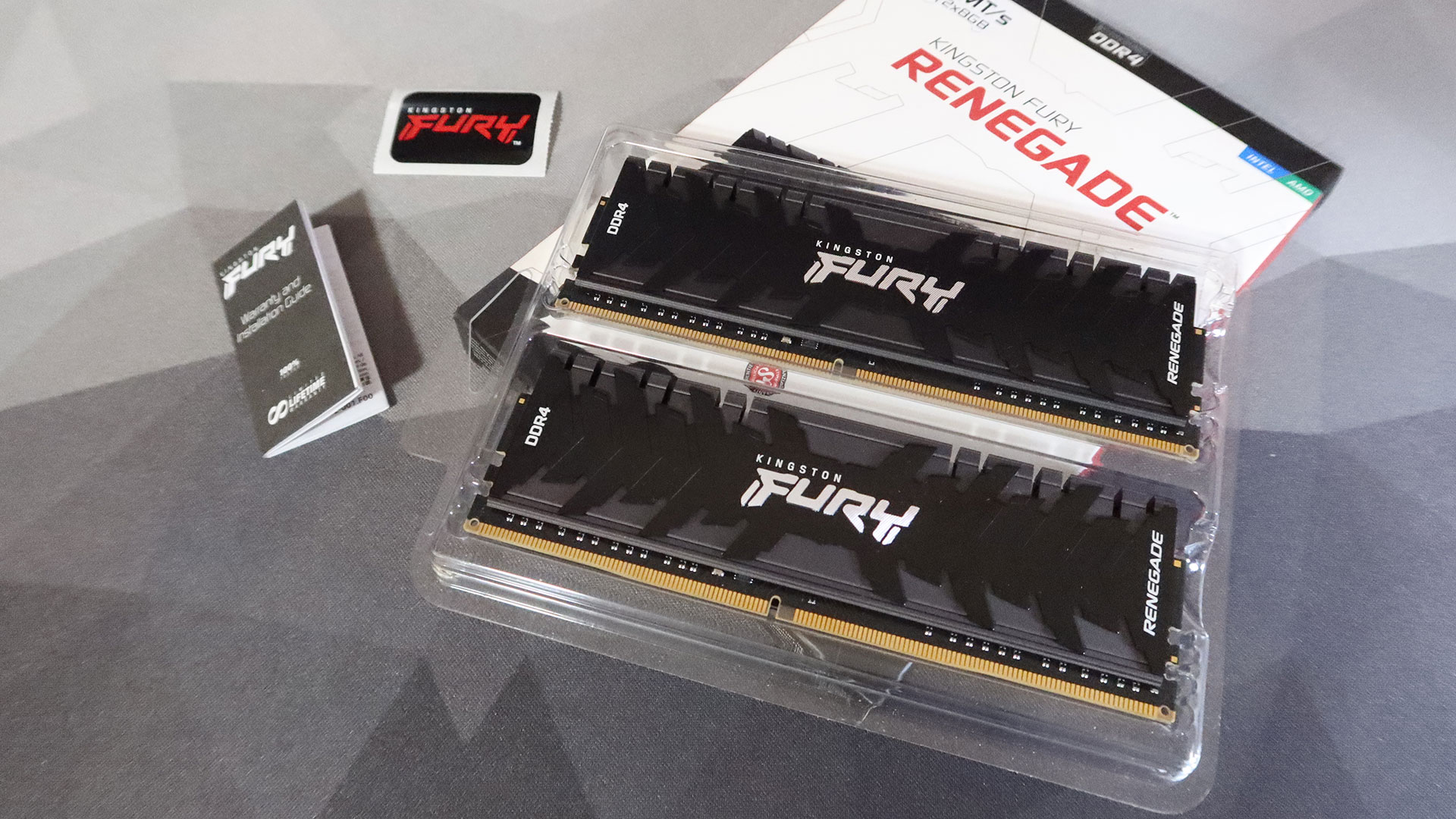 The height of the Kingston FURY Renegade DDR4 module measures 42.2mm which makes it compatible with most air coolers. And, as previously mentioned, the FURY Renegade DDR4 forgoes RGB lighting, so it’s a good candidate for partnering with larger air coolers with heatsinks or fans that end up obscuring the RAM or even cases with no windows that would make internal RGB lighting moot. 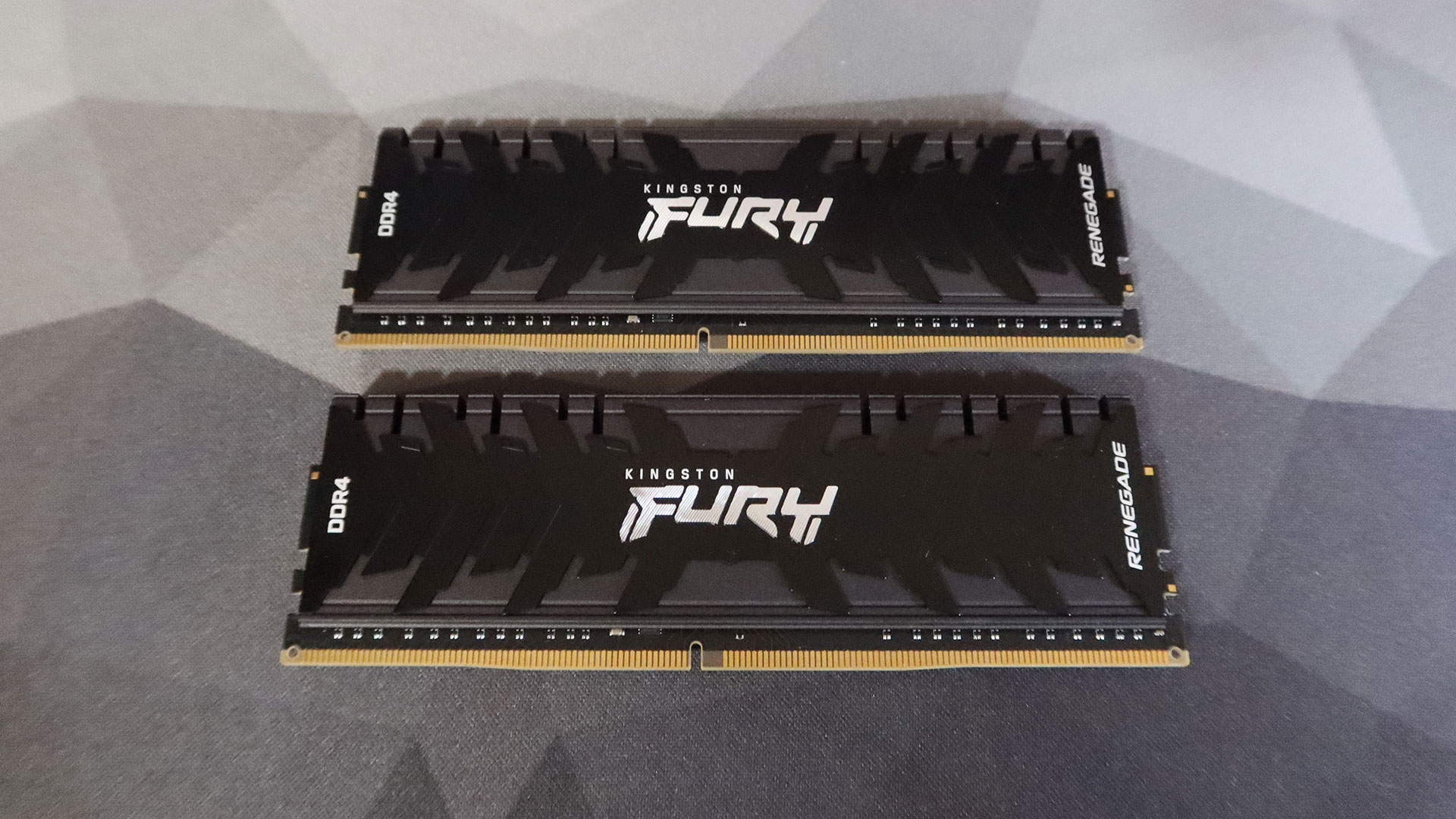 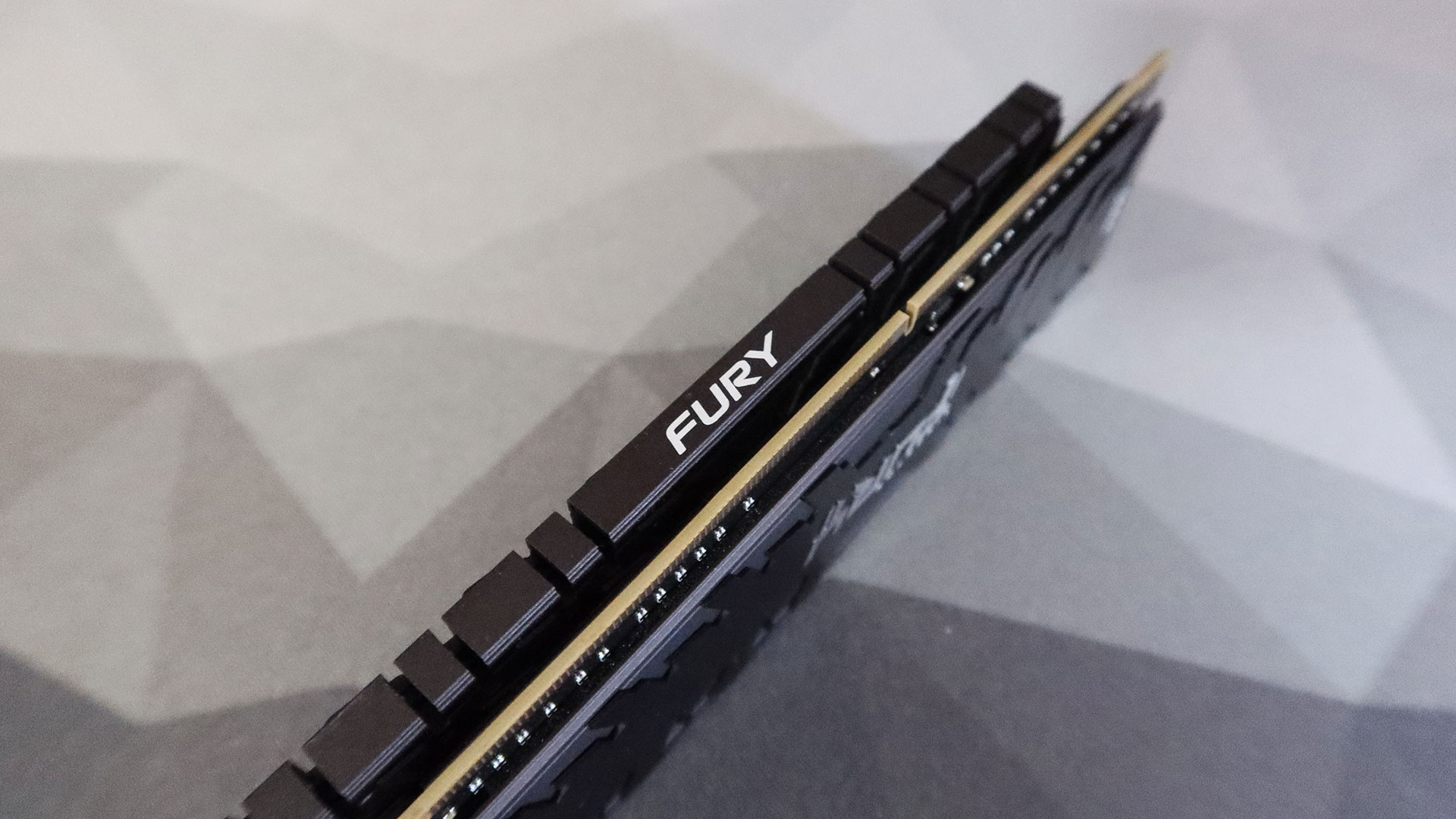 Unfortunately, our Ryzen 3700X CPU and ASUS ROG Strix X570-E Gaming motherboard combination is only capable of an FCLK (Infinity Fabric Clock Speed) of 1800MHz.This means that running the FURY Renegade DDR4 at speeds above 3600MHz will lead to decoupled speeds and increased latency.

For this reason, we decided to not attempt to overclock the kit further. Instead, we tested the FURY Renegade DDR4 using both XMP profiles as well as at 3600MHz CL18-20-20 at 1.35V to see its performance when the FCLK and RAM clock speed are matched. We used AIDA64’s memory benchmark as well as 3DMark’s Time Spy CPU-only benchmark for our tests. 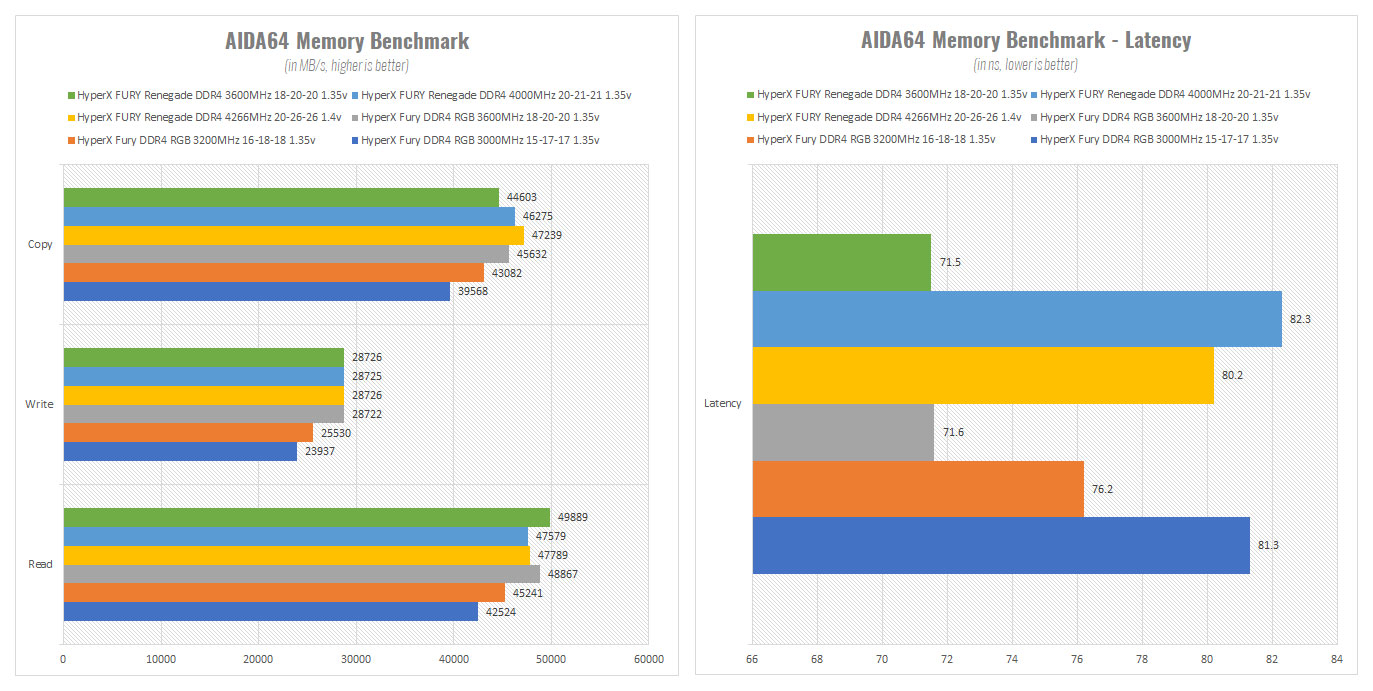 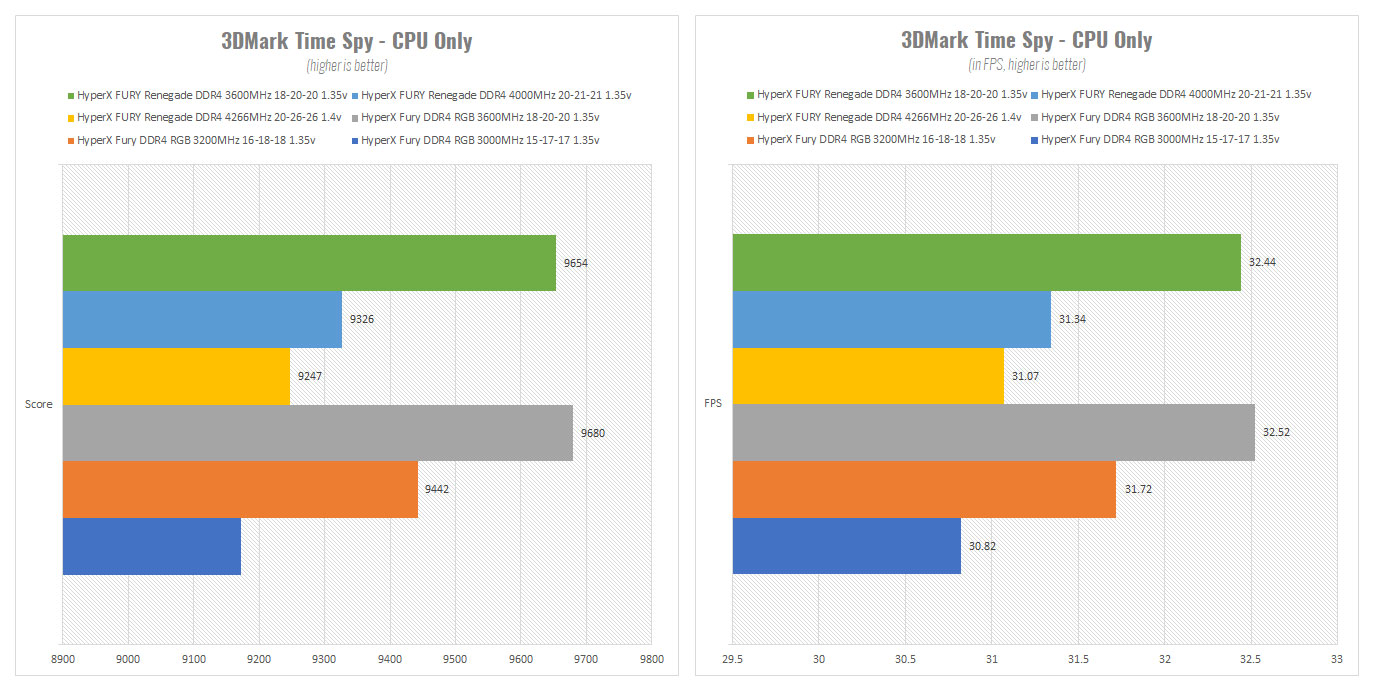 The results of our tests were pretty surprising and telling. We ended up with very mixed results when we compared the Kingston FURY Renegade DDR4 with our older HyperX FURY DDR4 kit. The results show the FURY Renegade DDR4 performing better than the supposedly older and slower kit in only a few tests when its XMP profiles were used.

The newer kit also performed consistently better when we downclocked it to match our maximum FCLK setting, showing how significant the effects of syncing the RAM speed for AMD-based systems are. It’s also possible that it could perform even better if the timings were tightened further.

The Kingston FURY Renegade DDR4-4266 is undoubtedly a capable kit of RAM, especially if your system is capable of achieving higher FCLK speeds to be able to set its frequency higher while keeping them synced. However, to make the most of its rated 4,600MHz frequency, you’ll need to match it with a CPU and motherboard that is capable of supporting those speeds fully. So if you have a top of the line system, then the Kingston FURY Renegade DDR4-4266 is definitely a decent choice if you want high-performance RAM while also skipping on the RGB lighting. As for those on a tighter budget, Kingston also offers more affordable kits that are easier to maximize, such as the Kingston FURY Beast DDR4 lineup.