The Solemate is Jabra’s first entry into the consumer-level portable Bluetooth speaker market. We were able to use the Jabra Solemate for a couple of weeks to see if the Solemate’s features and performance matches its hefty price tag of 10,950 PHP.

The Jabra Solemate is a rounded rectangular plastic box with shoe-inspired features such as its rear-fabric handle and grooved rubber bottom which also acts as the housing of the 3.5mm cable. The whole device measures 172 x 64 x 70 mm and weighs 610g. The design gives it a rugged look and makes it instantly stand out although the rubber bottom does attract dirt and dust similar to an actual shoe sole.

The top panel of the speaker which is made of rubbery plastic has 3 large buttons – two for volume control and one that serves multiple purposes like answering calls and checking the battery life. The side panel contains the USB port for charging the speaker, a 3.5mm audio port, the on/off/Bluetooth pairing switch, and indicator lights for both the battery and Bluetooth.

Overall, the Solemate is sturdy and the rubber sole gives it a steady base that prevents it from vibrating and moving around surfaces especially when the speaker is pushed to higher volumes. The rubber base also gives it that boost to its build quality that pushes it beyond its all-plastic counterparts. 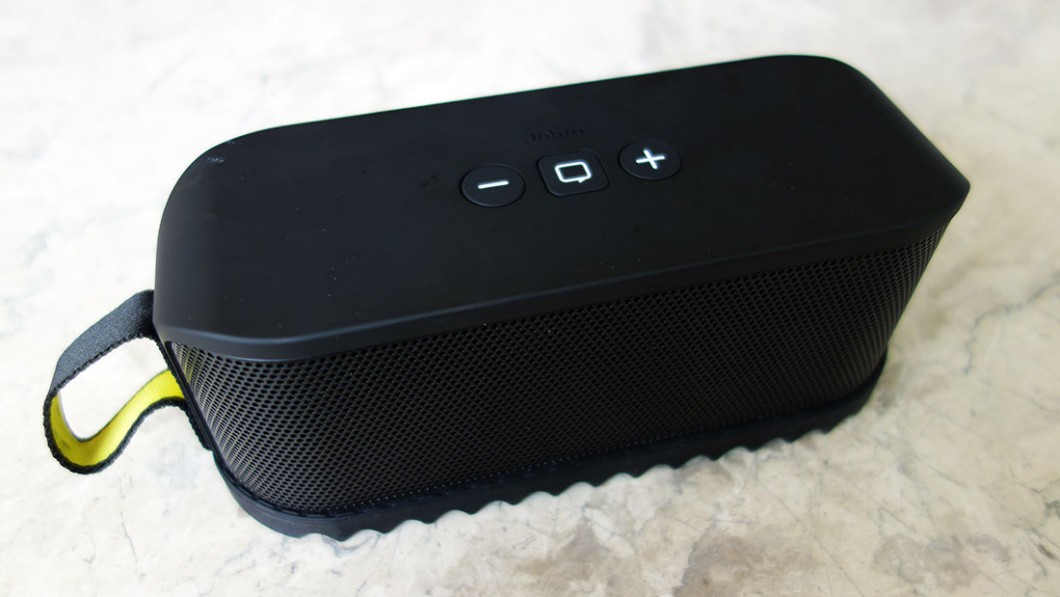 The Jabra Solemate features three front-facing speakers – a subwoofer and two tweeters – and an omni-directional microphone for making calls. These features are supplemented with the application of Digital Signal Processing (DSP) as well as HD Voice frequency response. 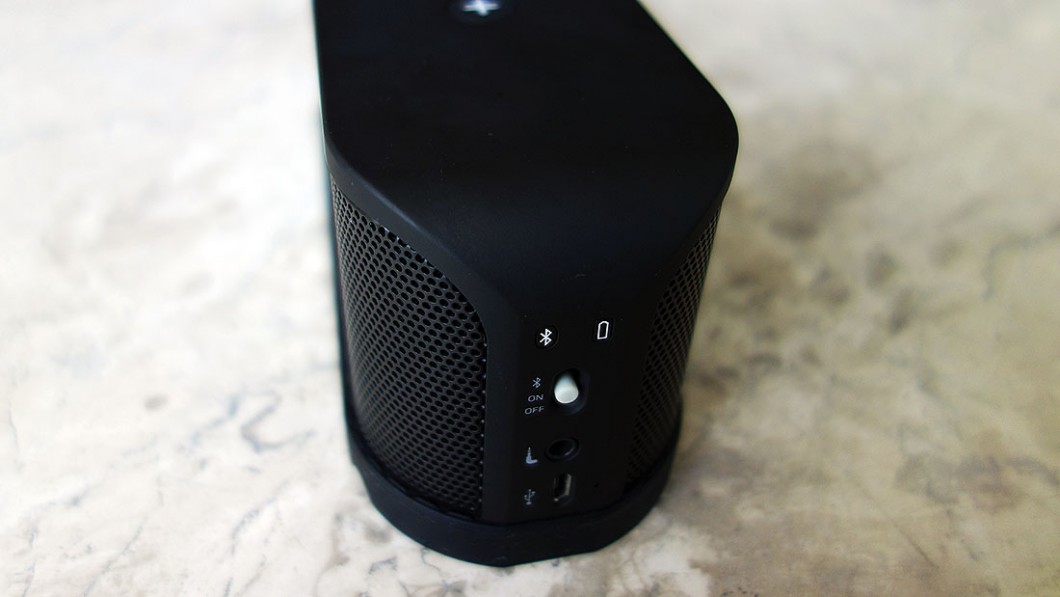 Using the Solemate as a speakerphone is where it has a bit of trouble at. The microphone doesn’t capture and reproduce voice as clear as we expected from a Jabra device. Speaking through the Solemate produces a muddy voice that, while still distinguishable, is disappointing from a product produced by a brand that specializes in Bluetooth communication devices.

Music performance is where the Solemate really shines. It is able to output loud and surprisingly clear music for a device its size – easily able to fill a large room. It excels in midrange and high-end tones and its low-end performance is punchy with the rubber bottom of the Solemate helping to produce less distortion up until the most bass heavy tracks. The output does distort if both the Solemate and device are both pushed to full volume. 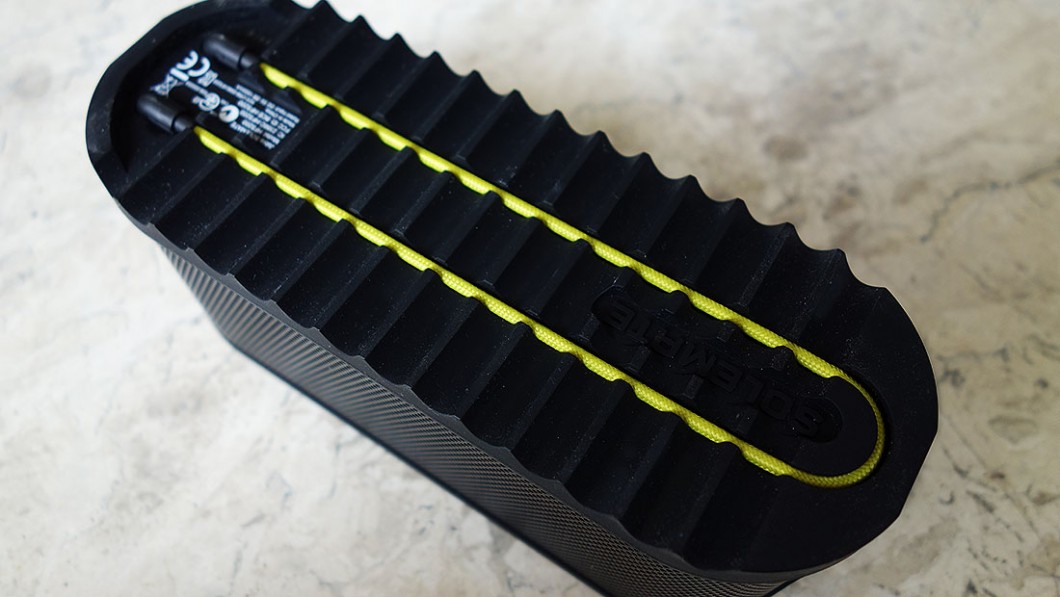 The “sole” of the Jabra Solemate where the 3.5mm interconnect cable is stored.

We were able to stretch the Solemate’s battery life to around 8-10 hours of continuous music playback at around 75% to 90% volume. Charging time on the Solemate was fairly quick at around 2.5 hours.

While the Solemate does weigh heavy on the wallet, it performs very well and even better than similarly priced high-end portable Bluetooth speakers. And while it isn’t the smallest of portable devices, the design, build quality, and sound performance make up for the larger form factor. The ease of setup and use plus the long battery life and quick charging all add to an already impressive package.

The Solemate is a good choice for those who are looking for a premium portable Bluetooth speaker with excellent build and sound quality.