Solid-state drives have slowly become an essential part of every gaming or enthusiast rig mainly because the prices of SSDs have also slowly fallen in the past few years making them more accessible to more consumers. One of the leading companies in the SSD market is Kingston and their HyperX gaming brand which have come out with performance SSDs at reasonable prices for a long time. For this review, we check out the 240GB capacity variant of the HyperX Savage, the company’s latest mid-range performance SSD, and take a look at its features and performance to find out if they match up well with its price tag and if it’s worth your money. 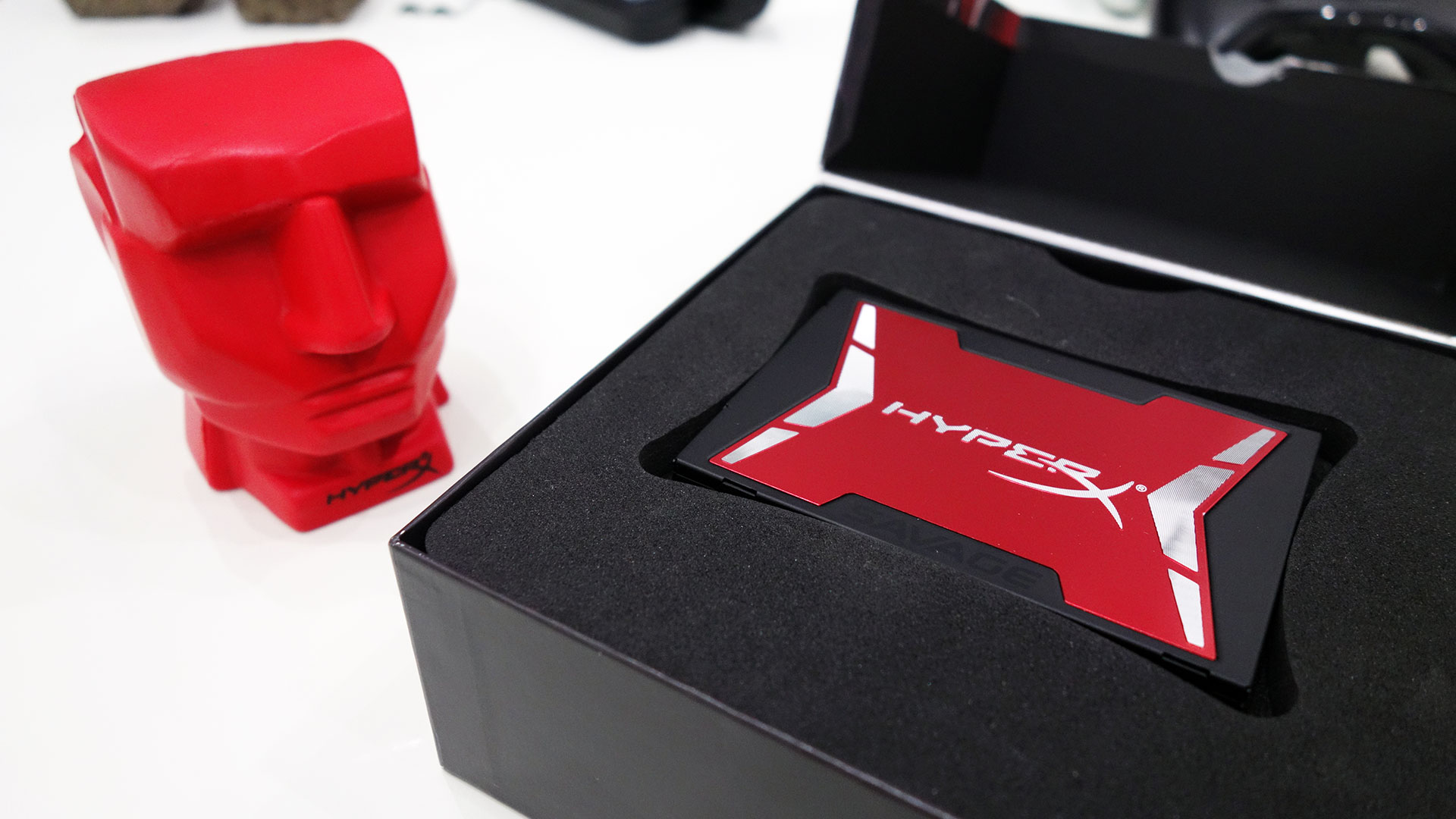 The HyperX Savage is one the best packaged SSDs we’ve ever seen (check out our unboxing video here). Everything from the packaging to the included accessories all scream premium. Instead the usual plain cardboard box that holds just the SSD itself and maybe a 7mm to 9.5mm adapter, the Savage SSD comes in a thick cardboard box with molded hard foam blocks to hold the SSD itself as well as all its included accessories which includes quite a lot.

HyperX Savage comes included with everything you’ll possibly need to install and upgrade to an SSD. It comes with both 7mm to 9.5mm and 2.5-inch to 3.5-inch adapters plus mounting screws for installing on any drive bracket, a multi-tip screwdriver for securing the drive, a SATA cable so you won’t have to buy a new one, a USB 3.0 drive enclosure with USB 3.0 cable for laptop users who want to clone their old drives or transfer files before or after switching to the Savage, and even comes with a key for Acronis True Image Software for cloning your entire system onto the Savage. HyperX hjas included all of these accessories to make it easy to install and set up the Savage no matter what your setup is.

The Savage SSD comes in a simple but catchy design with its matte black surface with a front that features an H/X indent and a red and silver sticker with a HyperX logo in the center as well as an indented SAVAGE logo below that. The back side of the drive features the usual stickers with the drive’s serial number, other information, and safety icons. The SATA data and power connectors can also be seen from the back side of the drive. Overall, the HyperX Savage is one of the best looking and, as previously mentioned, best packaged SSDs we’ve seen so far in the market. 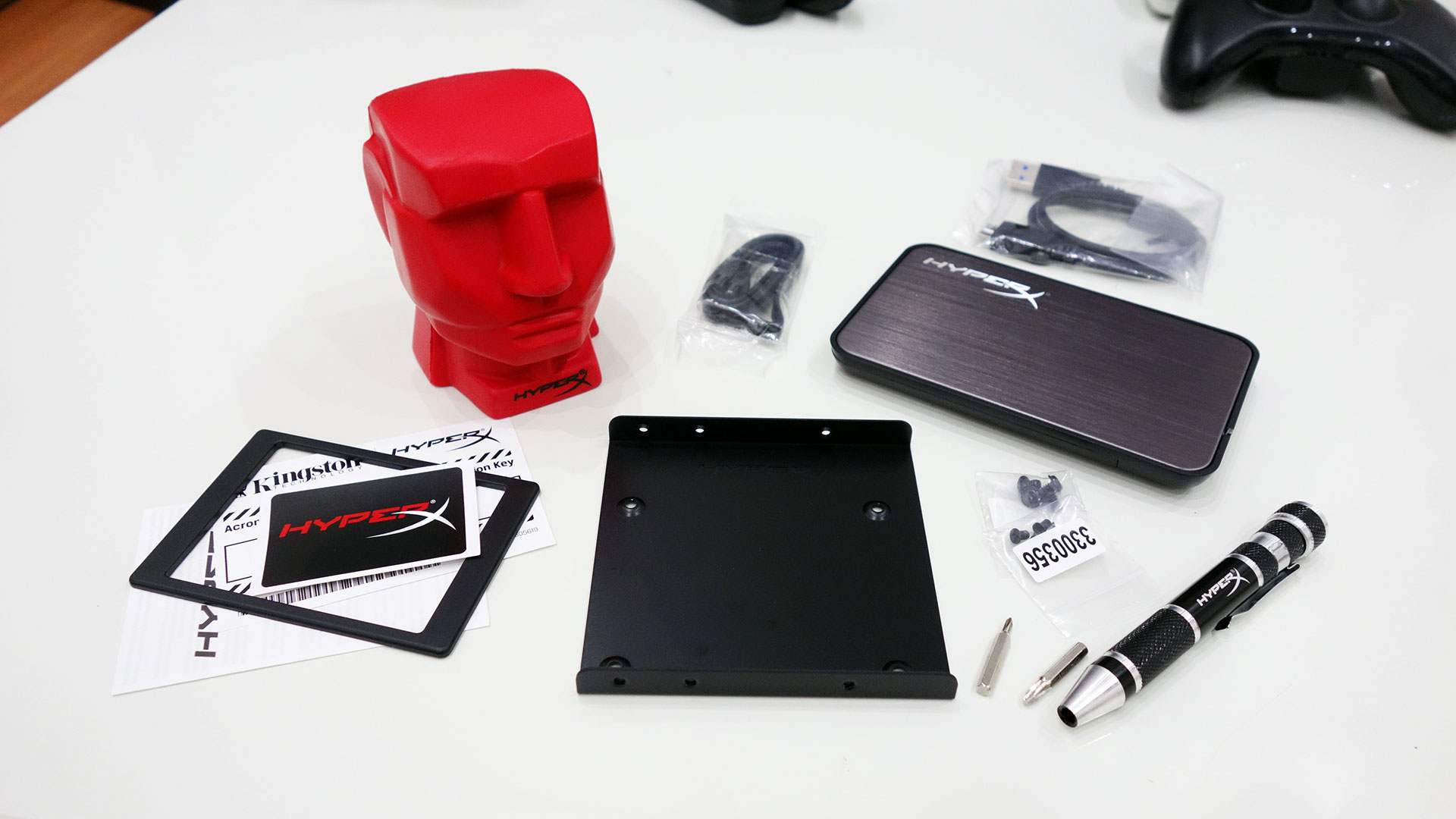 The Savage SSD features a SATA Rev 3.0 (6Gb/s) interface, Toshiba A19nm 64-Gbit MLC flash packages, and a Phison PS3110-S10 quad-core, eight-channel controller which is currently Phison’s most powerful controller and features end to end data path protection, Smart ECC, support for TLC NAND, and more. According to its spec sheet, the 240GB Savage is rated to have a baseline read/write speed of 520MB/s read and 510MB/s write as well as an expected IOPS of up to 100,000 read and 89,000 write. Lastly, the Savage is available in four storage capacities – 120GB, 240GB, 480GB, and 960GB. The model we got for review was a 240GB capacity variant which, when formatted, offers around 223GB of usable storage space.

For our review, we ran the Savage through a couple of benchmarking tests using tools such as AS SSD and CrystalDiskMark to test out its read, write, and IOPS performance. We also ran the same tests with another one of HyperX’s SSDs, the entry-level FURY, then compared the results of the two drives.  We’ve posted the results of the benchmark tests as well as the comparisons between the two previously mentioned drives below: 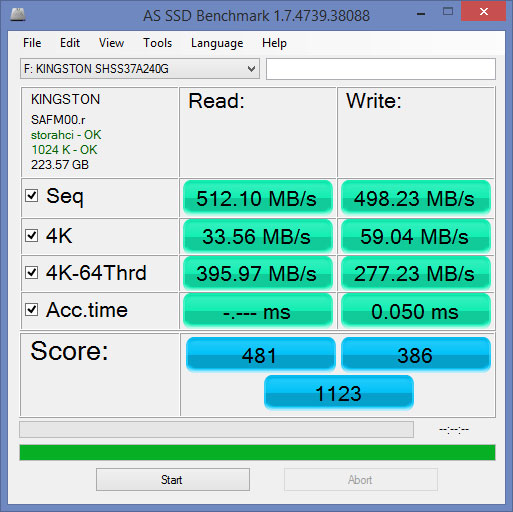 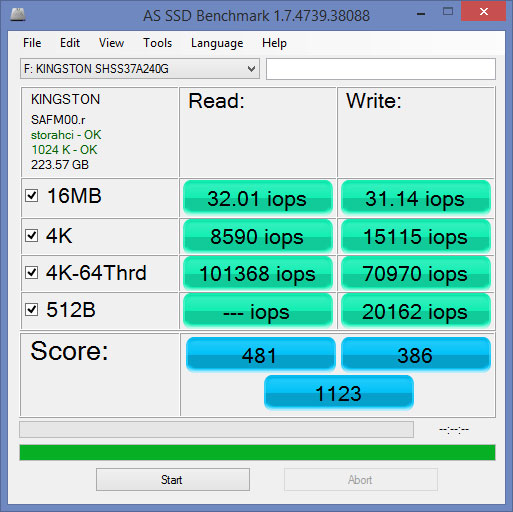 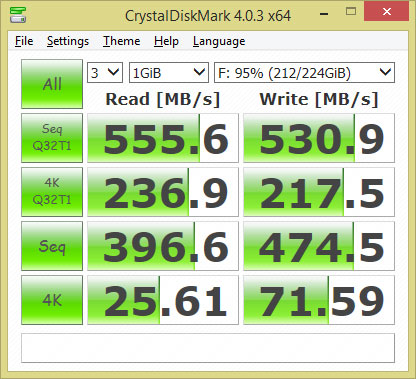 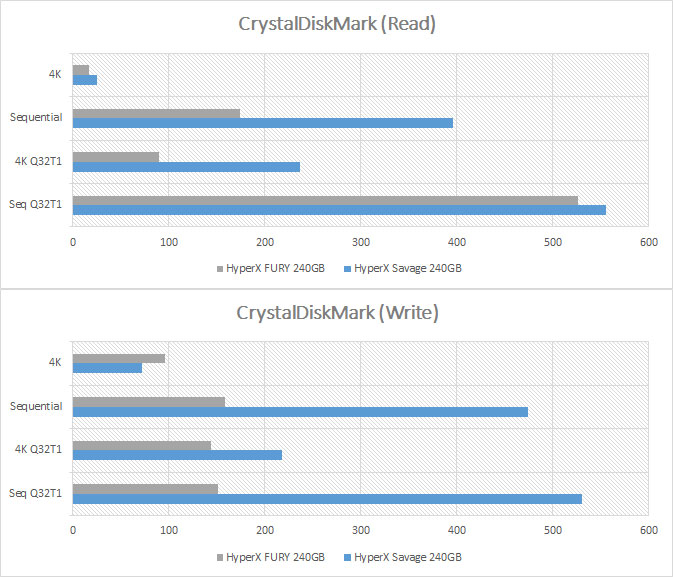 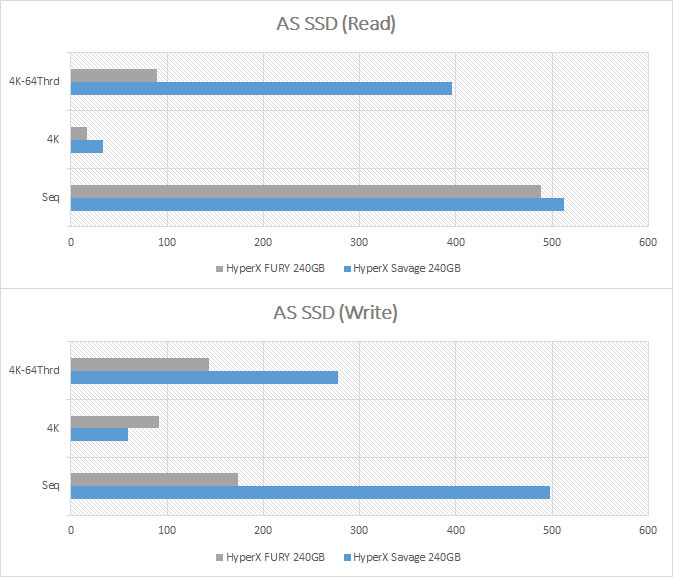 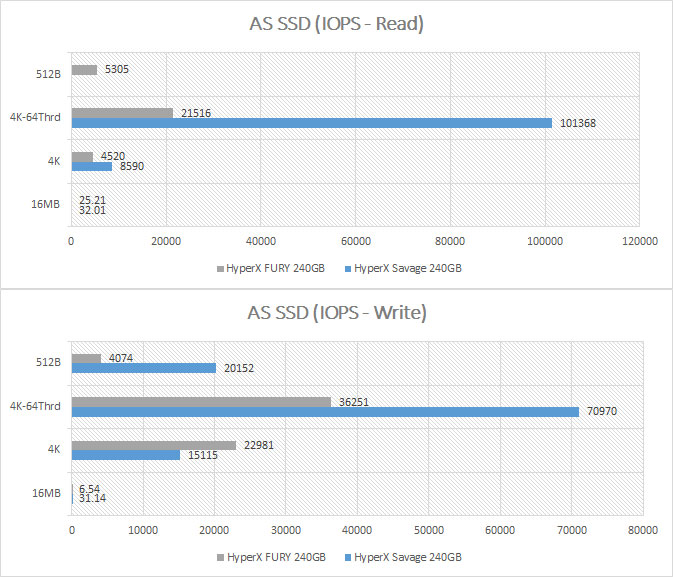 Looking at the results of the benchmark tests, the Savage was able to meet and at times even surpass our expectations. It performed well in all of the tests and in the comparisons it clearly out-performed the entry-level Fury SSD. Overall, we’re very pleased with the Savage’s performance in both sequential and 4K read or write operations and with its Phison S10 controller we’re not at all worried about its reliability and durability.

The HyperX Savage, on its own, is already an outstanding product with great features and impressive performance numbers all around so adding all the accessories you get with it at the same price as other SSDs in its tier just makes its value go up ten-fold. It’s an excellent product for those looking to upgrade to a high-performance SSD but don’t want to make the jump to HyperX’s M.2 form factor Predator SSD. We definitely recommend the Savage for anyone looking to buy a new SSD at this price range as its value is really hard to beat.