HyperX and its parent company Kingston have been around for quite some time and the HyperX brand has grown quite significantly over the past 10 years from being just the designation for Kingston’s gaming-focused products to becoming a brand of its own, releasing everything from components such as memory and RAM to peripherals like keyboard, mice, headsets, and a whole lot more. And while the company has primarily focused on its gaming peripherals business over the past few years, it still hasn’t stopped releasing new memory and storage products, including the HyperX Fury DDR4 RGB memory kits.

HyperX’s Fury DDR4 series is the company’s more affordable line of memory kits that it initially launched back in 2014 (which we reviewed) and it has since released newer models and variants of the series ever since. The new HyperX Fury DDR4 RGB memory kits were initially released last year to provide a more affordable alternative to the company’s previously released Predator DDR4 RGB. Both the Fury DDR4 RGB and Predator DDR4 RGB saw HyperX finally adapt the growing RGB trend for its memory kits and the company has since released newer variants of the two products with updated specifications and capacities.

The kit we received for review (which we also used for our new PC build) is the HX432C16FB3AK2/16, which is a 16GB (2x8GB) kit with a rated frequency of up to 3200MHz with timings of 16-18-18 at 1.35V. HyperX also offers other Fury DDR4 RGB kits with higher capacities (currently up to 128GB)  and specifications (up to 3733MHz), which provides a large range of options for builders to choose from depending on their needs, their budget, and compatibility with the other parts in their system.

The packaging of the HyperX Fury DDR4 RGB is pretty simple (although the company recently announced new packaging for some of its memory kits moving forward). The kit comes in a simple transparent plastic shell wrapped by a red sticker where all of the branding and information on the kit is printed. Apart from the two memory sticks, the package also includes the warranty and installation guide as well as a HyperX sticker. 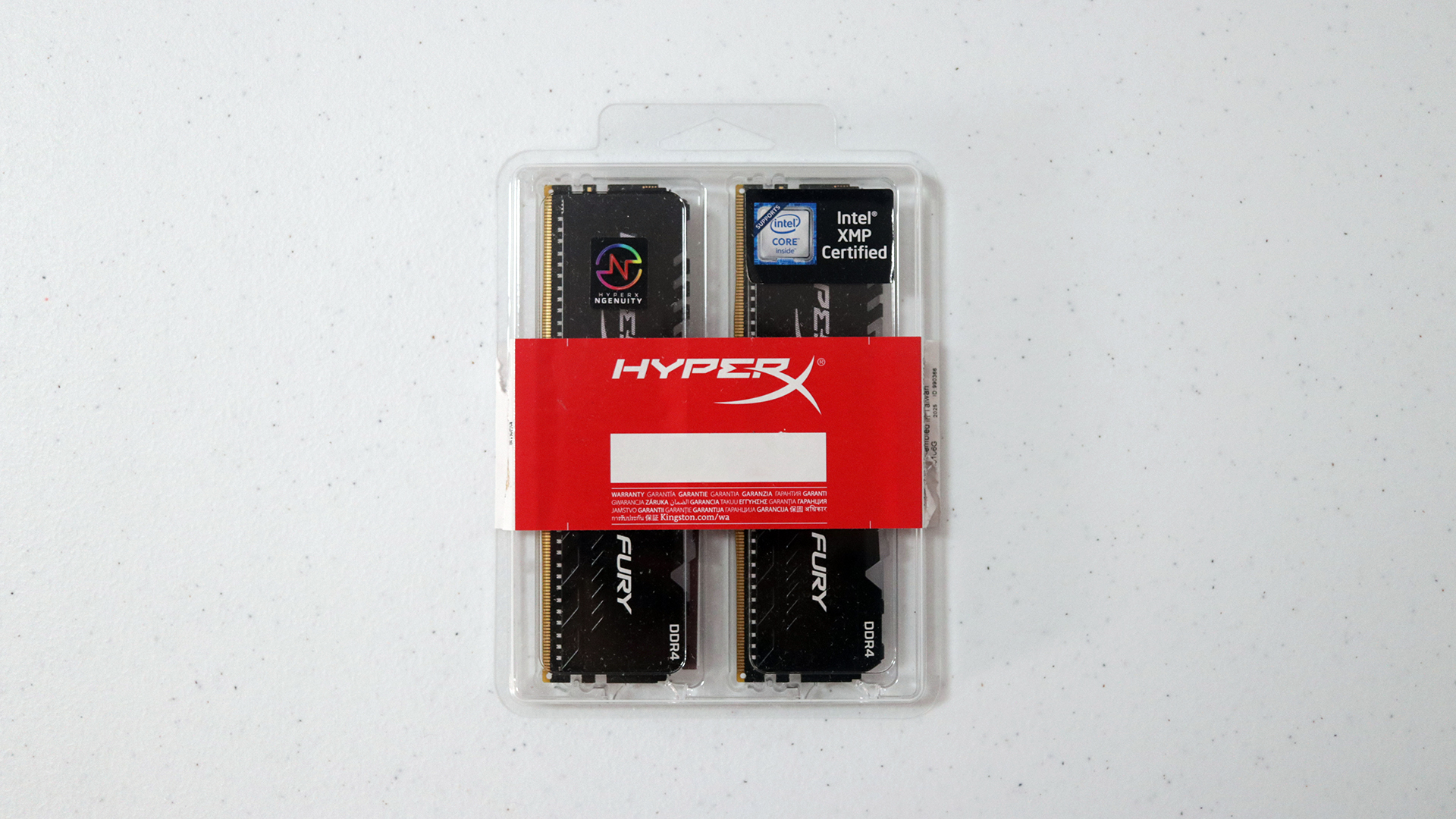 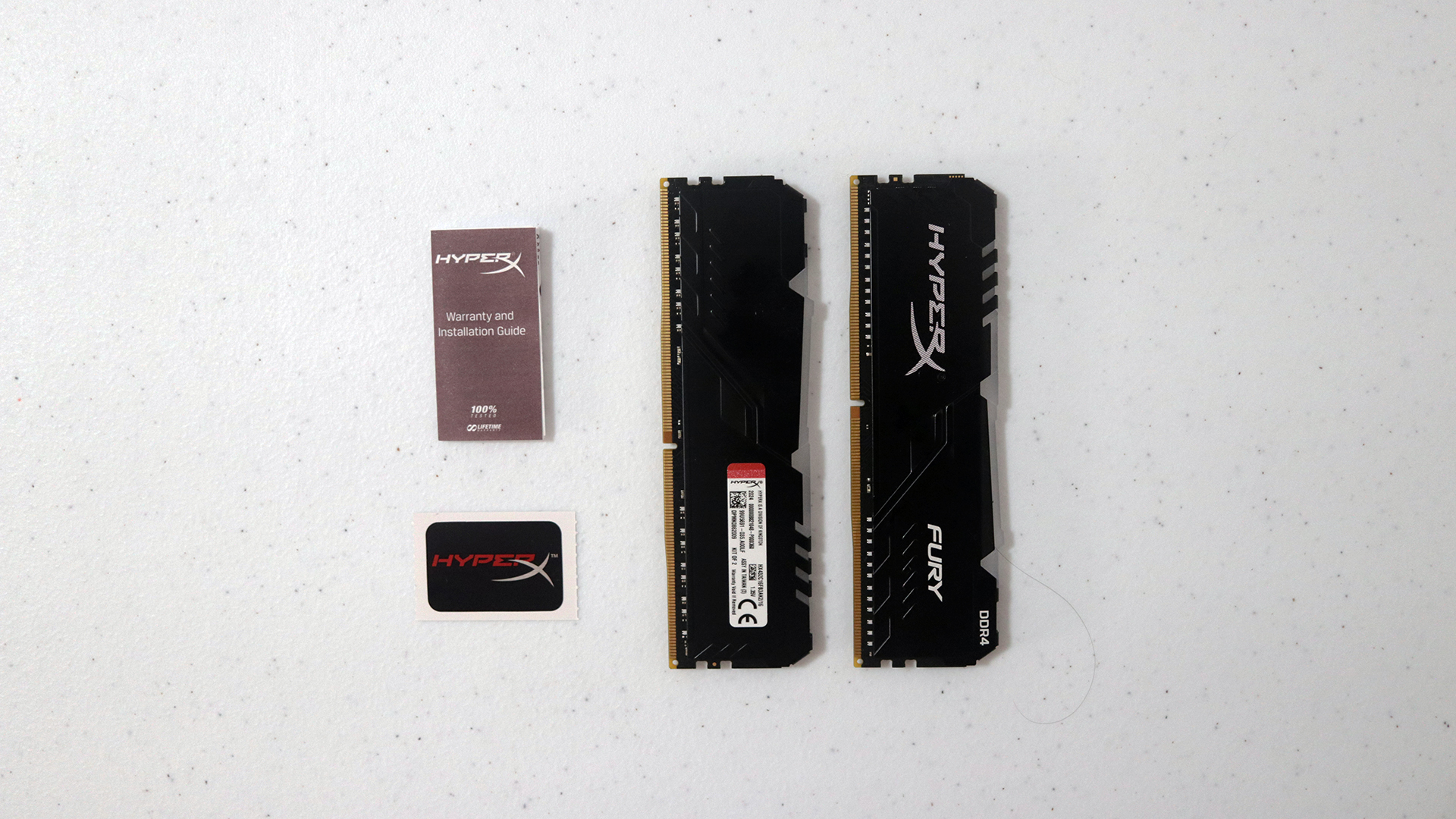 The HyperX Fury DDR4 RGB features an all-black aluminum heat spreader with quite a number of diagonal lines, notches, and bumps along its surface that look surprisingly subtle given its all-black color scheme. One side of the heat spreader features a metallic HyperX logo as well as Fury and DDR4 labels printed in white while the other side has a sticker with some of the details of the memory stick. The matching black PCB helps maintain the discreet look of the Fury DDR4 RGB.

The size of the Fury DDR4 RGB is relatively discreet, measuring only around 41mm tall and 7mm thin, which at least helps it be compatible with a wider range of air coolers compared to memory kits with taller heat spreaders. 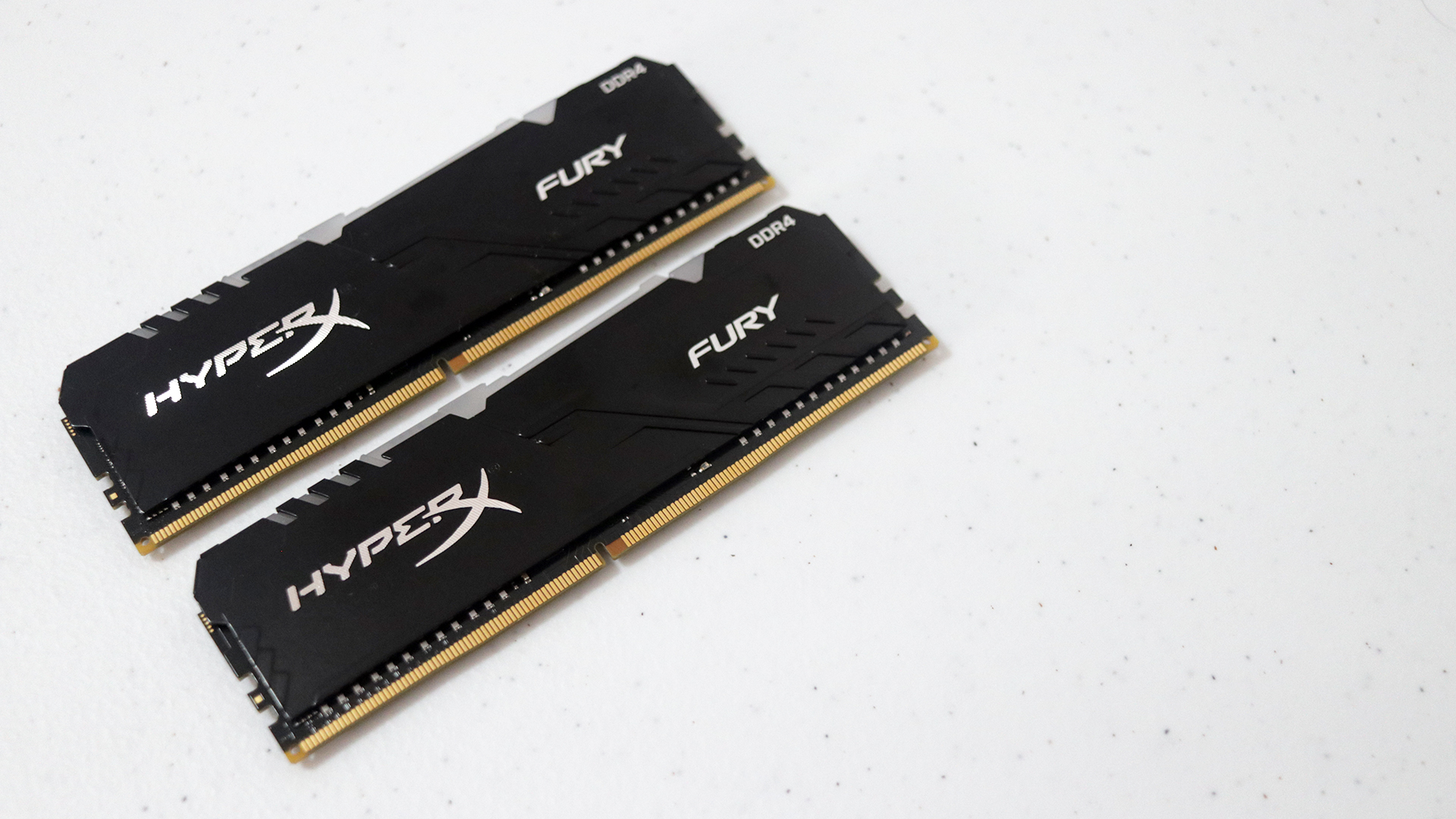 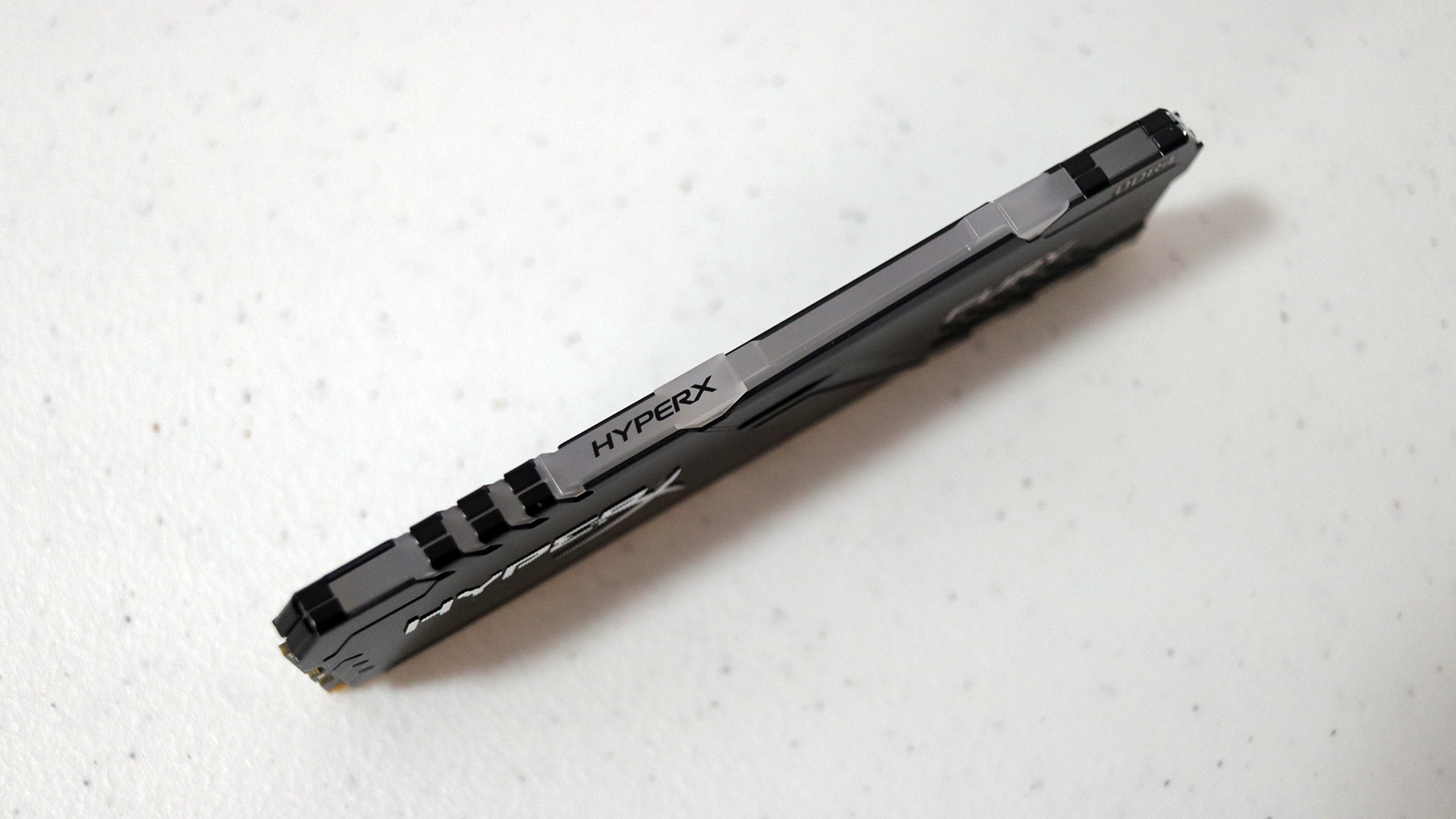 On top of the memory stick is a translucent light bar with the HyperX branding printed in black and narrow tabs from the heat spreader fold over and stretch over parts of the light bar. Much like the heat spreader, the light bar also features several notches to keep the design aesthetic consistent as well. In spite of how narrow the light bar is, its translucency helps the RGB LEDs remain vibrant and consistent all throughout its length. HyperX’s infrared sync technology is also said to keep the RGB lighting of multiple Fury DDR4 RGB sticks in sync.

The RGB lighting can be controlled either via HyperX’s NGenuity software or the respective motherboard’s software. The NGenuity app is available via the Windows Store and lets you set the lighting effect, brightness, color (if available) of the RGB lighting. The Fury DDR4 RGB is also compatible with ASUS Aura Sync, ASRock Polychrome, Gigabyte RGB Fusion 2.0, and MSI Mystic Light Sync, which would be the preferable way to setup the RGB lighting to sync it up with the rest of the system’s RGB-equipped components. 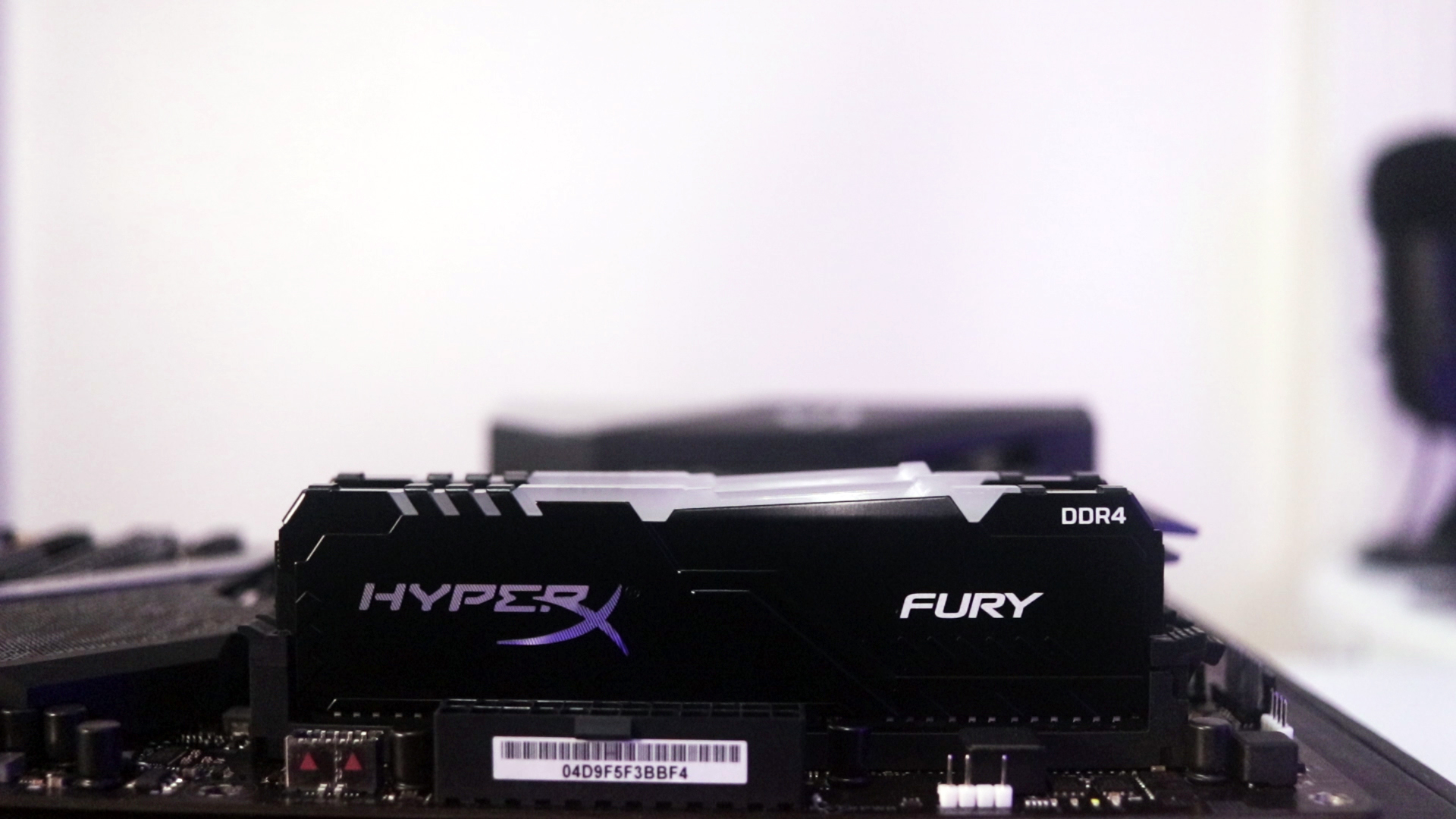 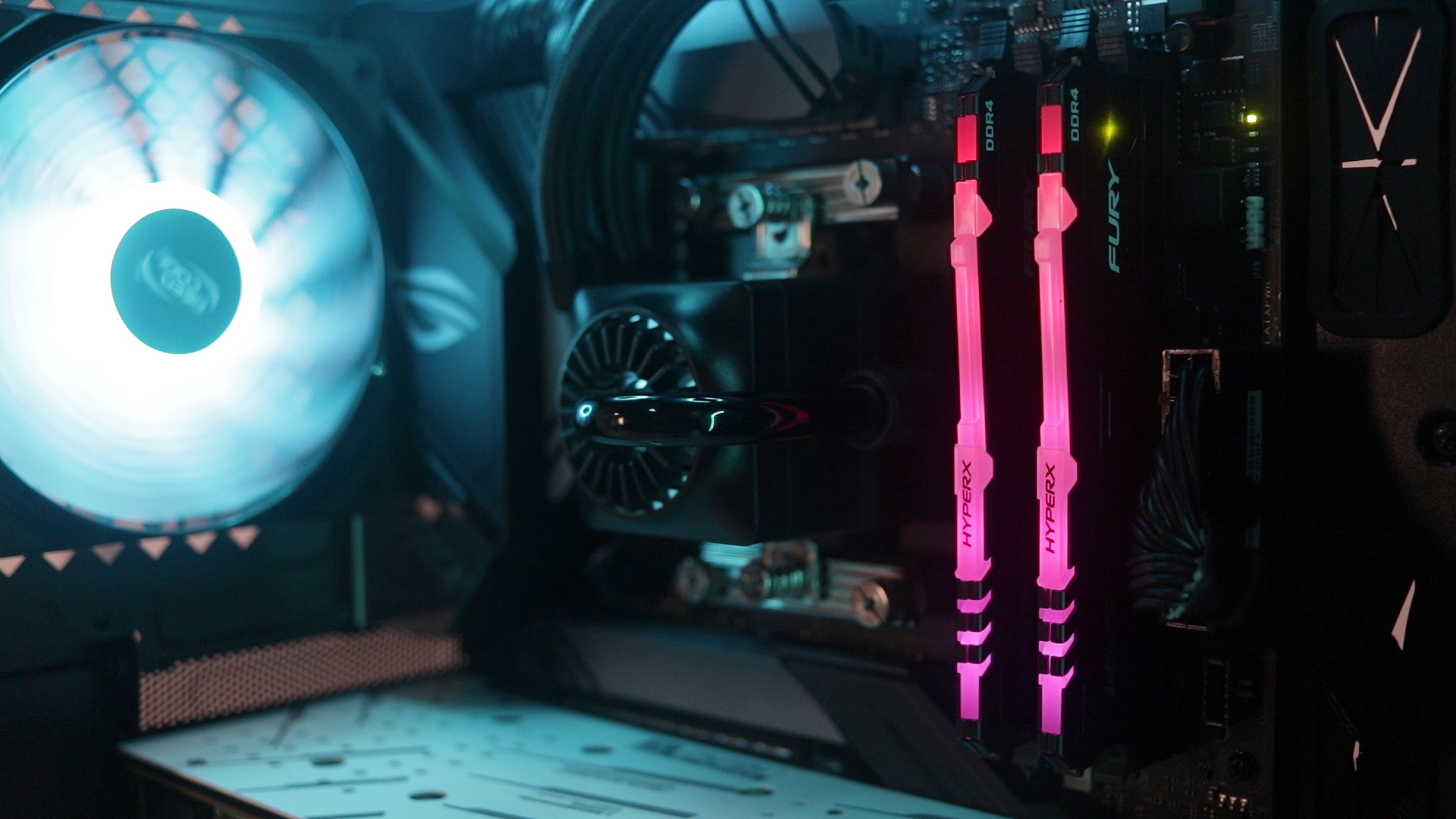 To measure the performance of our Fury DDR4 RGB memory kit, we used AIDA64’s Cache and Memory Benchmark as well as 3DMark Time Spy CPU-only test. We tested the kit using both of its available XMP profiles as well as the highest overclock we were able to achieve with the kit. Here are the two available XMP settings for the Fury DDR4 RGB as well as our overlock configuration:

Here are the rest of the relevant specifications of our test rig: 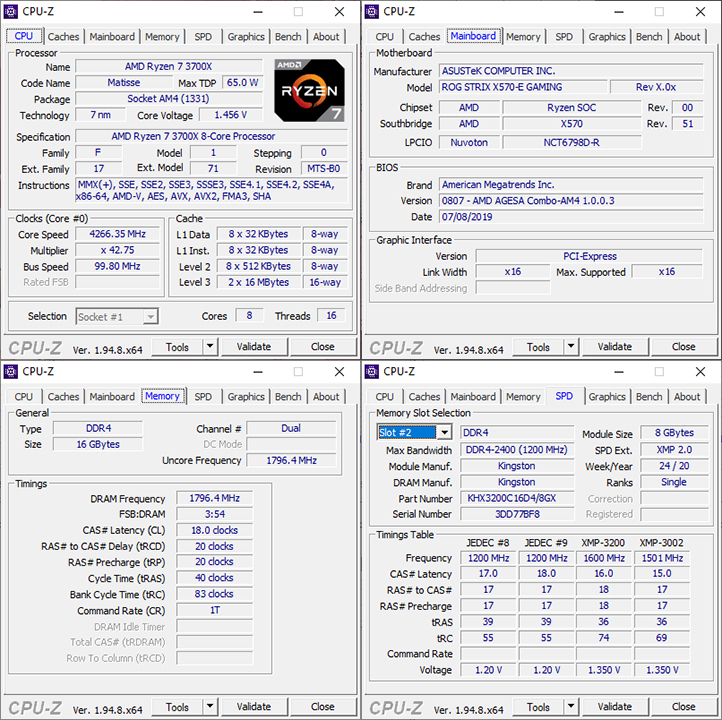 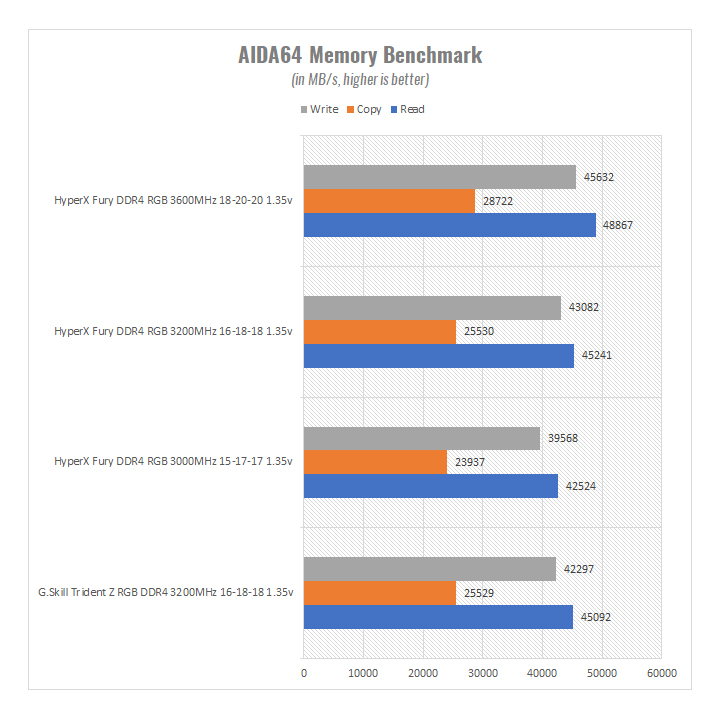 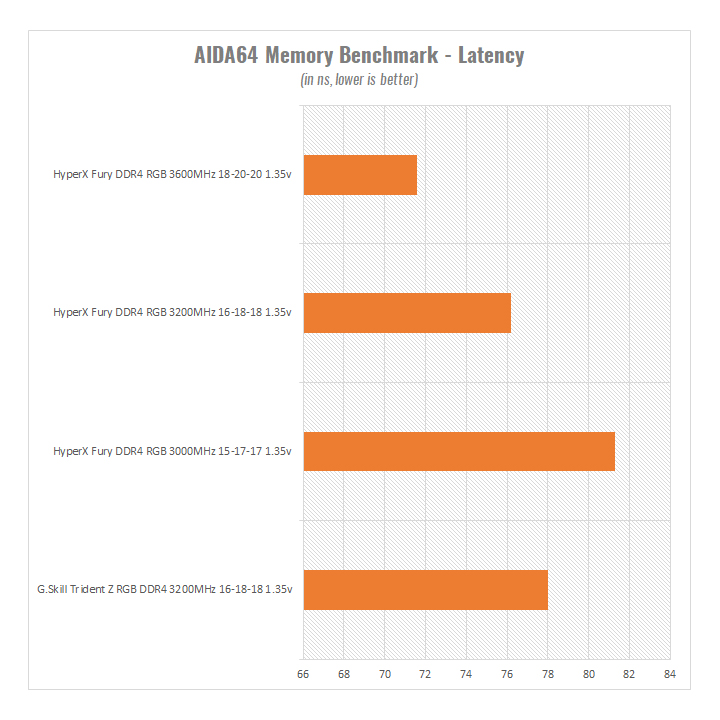 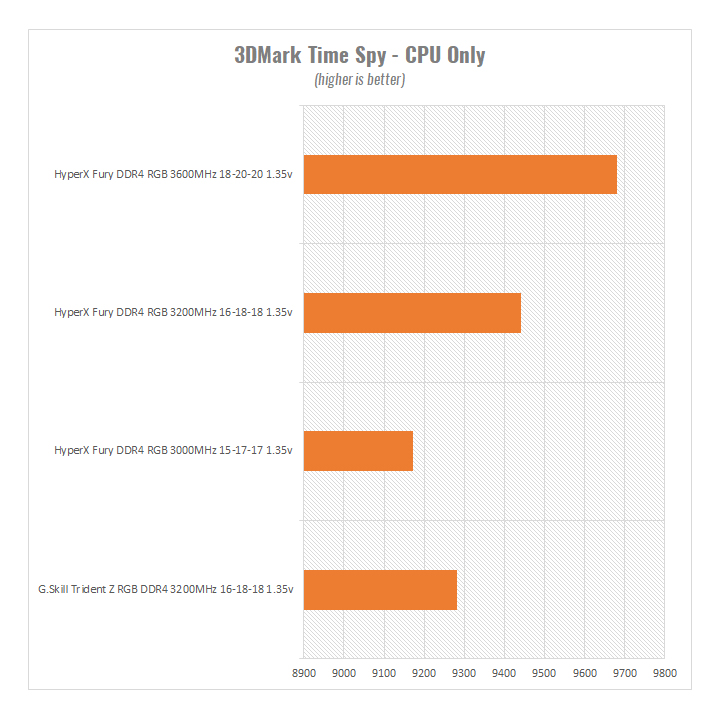 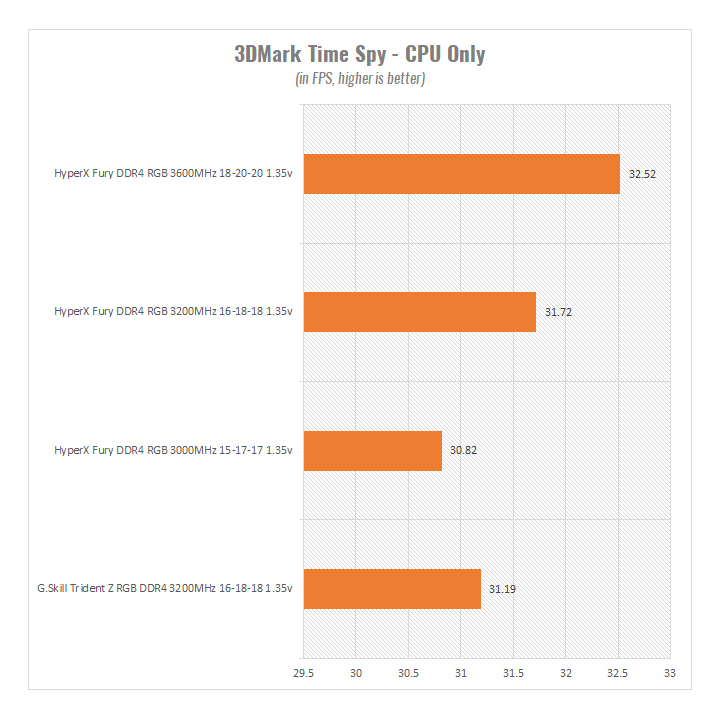 As expected, our overclock configuration gave us the best results by a notable margin, in spite of the looser timings. The results of the first XMP profile, running at 3200MHz at CL16, also slightly beat out our previous DDR4 RAM kit with similar specifications. The second XMP profile, running at only 3000MHz but with faster timings, gave us the worst results of all the configurations we tested.

Overall, the HyperX Fury DDR4 RGB is a pretty impressive memory kit. It’s discreet design helps it blend with the rest of the system’s components while its lower profile makes it compatible with more systems. In spite of its narrow light bar, its RGB lighting remains bright and vibrant and we had no issues setting up the lighting either via the NGenuity app or our motherboard software. We also had no problems switching to either of the included XMP profiles and while it took a bit of experimentation to get a stable overclock, we were still able to achieve 3600MHz without compromising much on timings. In any case, the performance of the Fury DDR4 RGB on either the faster XMP profile or our manual overlock was pretty impressive especially for a kit at its price point. Those looking for a discreet yet reliable memory kit will definitely want to consider the HyperX Fury DDR4 RGB.