As is always the case with HyperX products, the packaging of the Cloud Revolver S is top-notch. The usual cardboard sleeve with all the product images and details wraps around the thick cardboard box of the Revolver S. The cardboard box, which now features a white/silver accent instead of the usual red, still has the HyperX logo on its cover and opens to reveal the usual letter from the HyperX team as well as a Quick Start Guide. Opening the box further uncovers the headset uncovers the headset itself and all its accessories.

Along with the headset itself, the box also contains the Revolver S’s detachable rubber microphone which is the same one from the original and the USB audio control box and soundcard. The box also includes a braided extension/splitter cable with one female 3.5mm jack on one end and two male 3.5mm jacks on the other for headset audio and microphone audio. This cable lets users attach the headset directly to a computer’s 3.5mm headphone and microphone jacks in the event they don’t want to or can’t use the USB audio control box and soundcard. 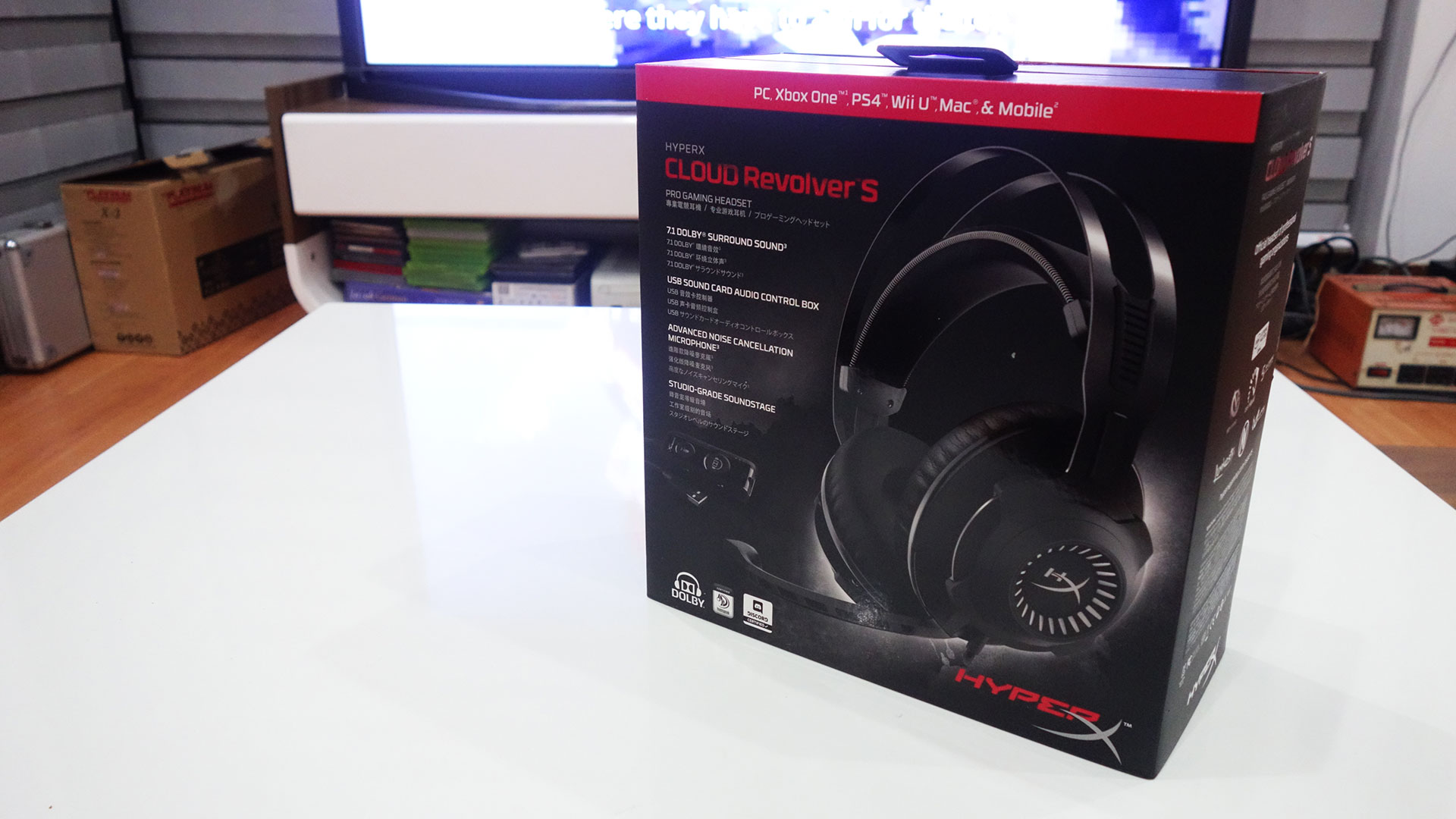 The Cloud Revolver keeps most of the same design as the original with its closed back earcups coupled with 50mm neodymium drivers and memory foam pads, self-adjusting stitched headband with the company’s signature memory foam, steel suspension band, and braided cable that terminates into a single male 3.5mm jack. The only differences the Revolver S has from the original are two additional pieces of rubber near the ends of the suspension band and its color scheme, with black and red colors of the original being replaced with gunmetal and white. 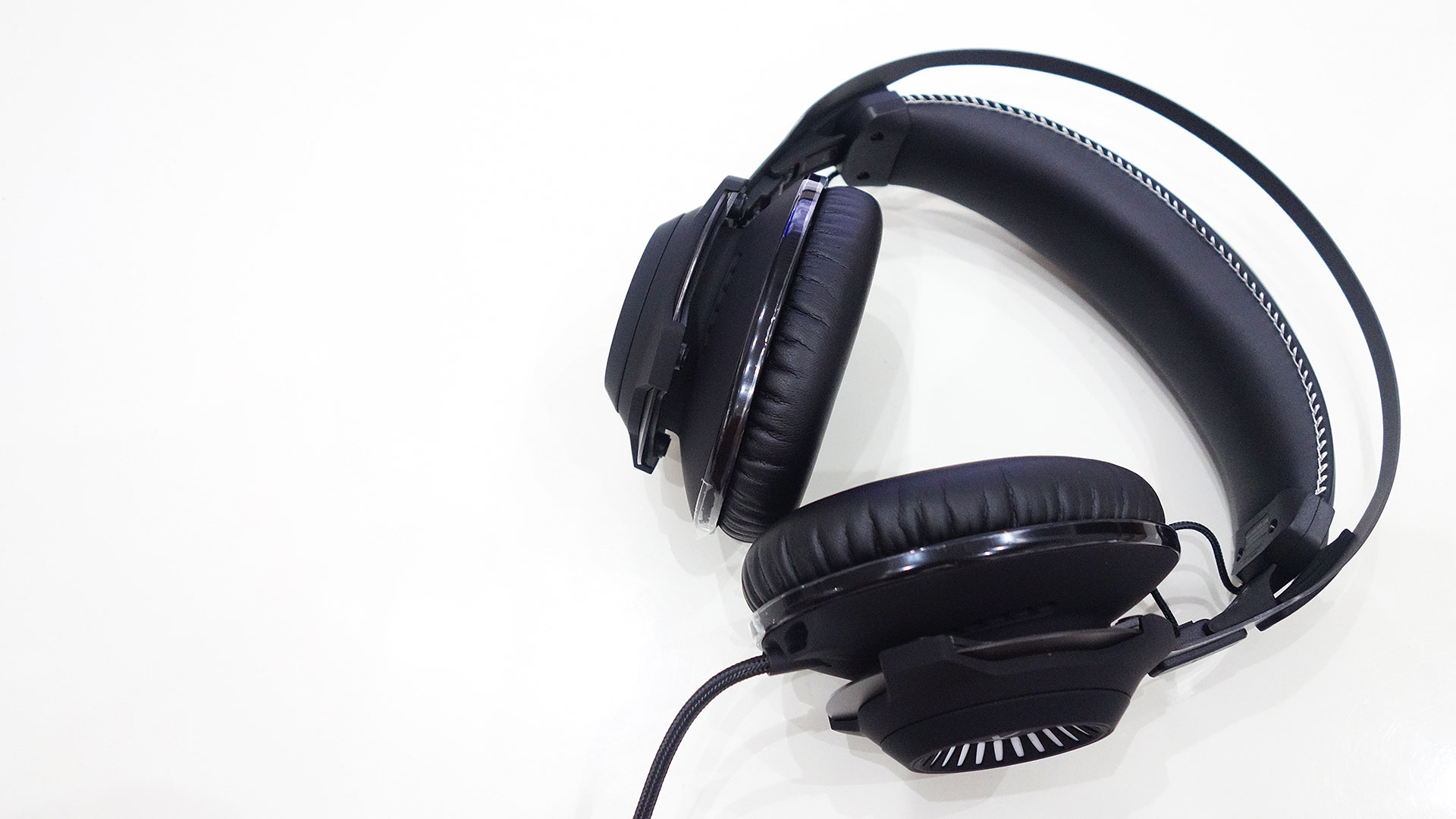 Setting up the Cloud Revolver S is pretty straightforward whether the USB audio control box or the 3.5mm extension/splitter cable is used or even when the Revolver S is used by itself; everything is plug-and-play, with no drivers or software required to run. Activating the virtual 7.1 Dolby surround sound audio, switching between the three pre-set equalizer settings, and muting/unmuting the microphone only takes a press of their respective dedicated buttons on the USB audio control box. It must be noted though that the three pre-set equalizer modes can be used only when the Dolby audio is off.

The three equalizer modes boost either the low-end, highs, or mids of the Revolver S, allowing users to slightly tune the headset for the audio they’re using, such as music or other forms of media. The difference each equalizer mode brings is pretty impressive. It isn’t too drastic to completely overshadow the other frequencies but lifts them just enough for them to stand out. Not using any of the equalizer modes returns the Revolver S to its base sound signature, which is similar to the original Revolver with its balanced and versatile output, the latter of which is showcased quite well with the equalizer modes. 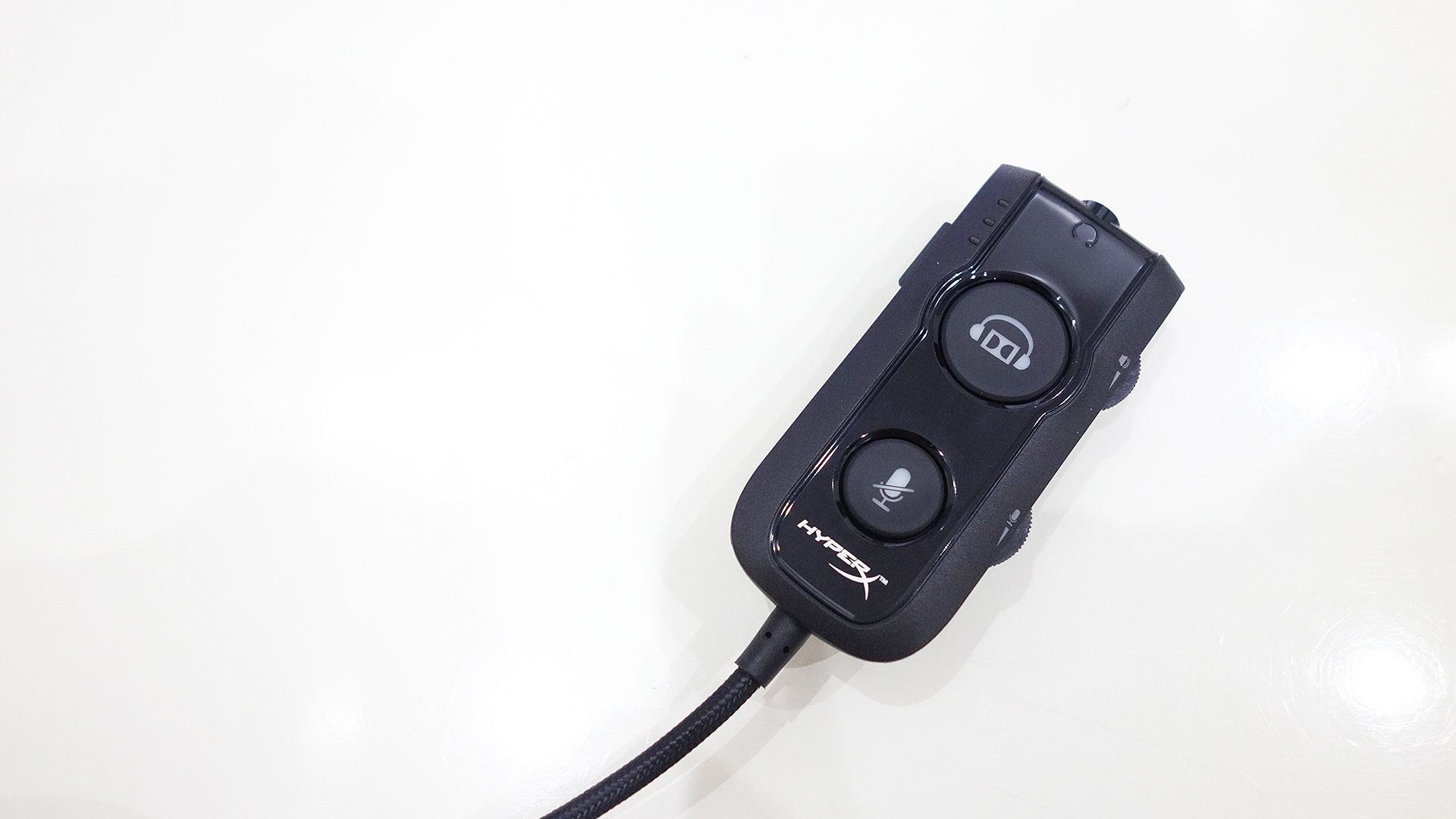 The main audio mode that can be used with the Revolver S’s USB audio control box though is its 7.1 Dolby surround sound audio. Which, as previously mentioned, can be activated by pressing the dedicated button on the control box. The 7.1 Dolby audio on the Revolver S is a bit of a double-edged sword. While the output, imaging, and soundstage of the virtualized speakers and subwoofer are all improved and are quite impressive, it’s paid for with a a clear reduction of clarity in the audio with a bit of muddiness and reverberation.

The audio quality of the Revolver S is still undeniably impressive, especially in stereo mode. It is still as versatile as its predecessor as it handles equalization adjustments well making the frequencies sound deeper and richer instead of just louder, which is evident when used with the three pre-set equalizer modes. Also still present are the same impressive clarity as well as the remarkable instrument separation and surprisingly wide soundstage for a closed-back headset. And the output of the 50mm neodymium drivers will not leave anyone wanting. 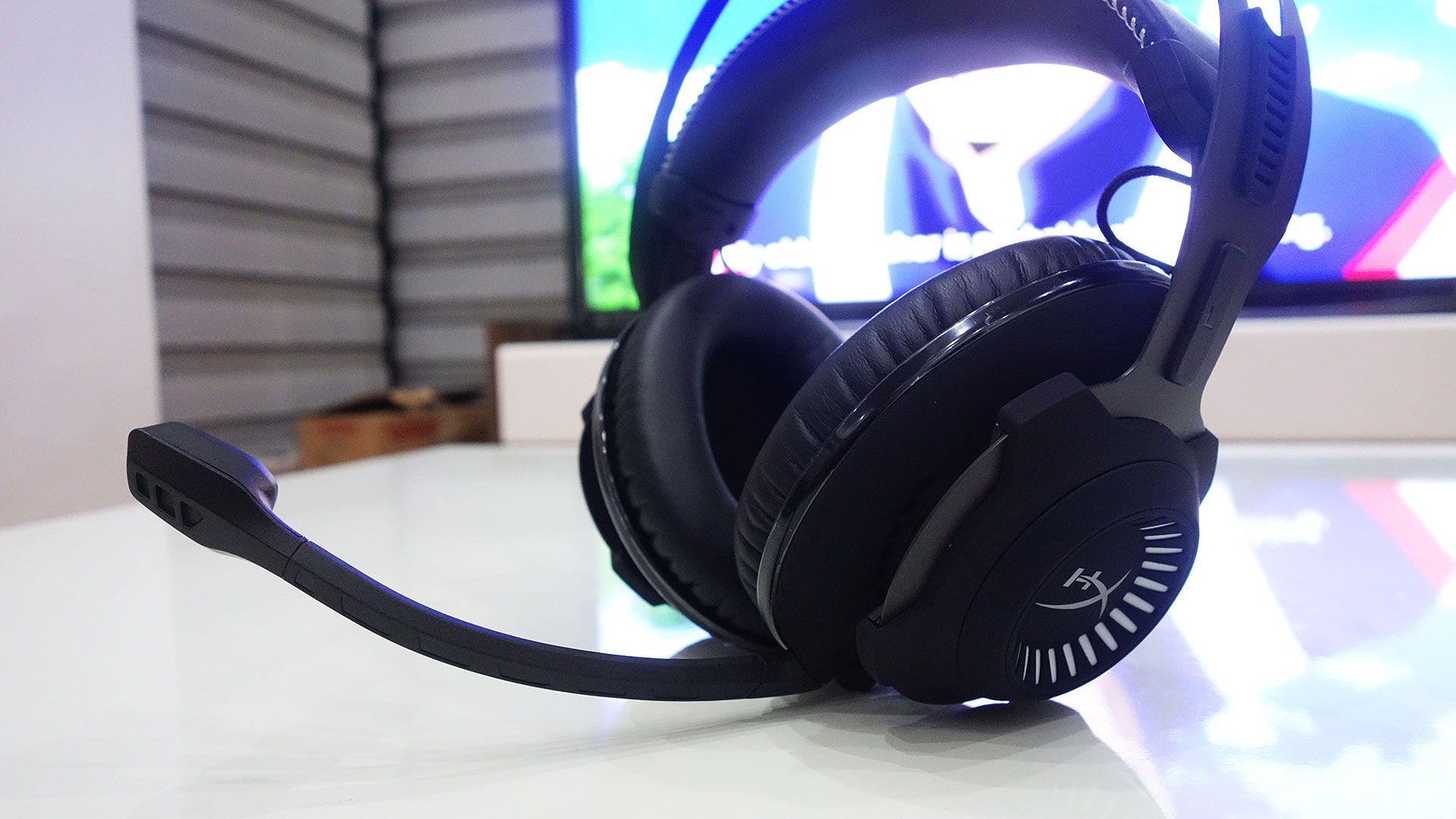 Surprisingly, despite keeping the same design, the removable microphone on the Revolver S has surprisingly improved quite significantly from the original. While the microphone quality is still far from being usable for professional recording, it’s great for voice chat and could be passable for podcast recording. The noise cancellation of the microphone is also incredibly impressive as it was able to block most of the ambient noise during the course of the review. Its only drawback is that it doesn’t have an on-ear mute function, a feature that would’ve made using it significantly more convenient.

As the Revolver S is using the same design as its predecessor, it is still as comfortable to wear and maintains the moniker of being one of the most comfortable headsets we’ve used so far. The self-adjusting design helps the headset sit and fit optimally on one’s head. The downward force of the headband, with its memory foam, is barely felt and the memory foam on the ear pads are firm enough that they’re able to isolate sound very well but also soft enough that the clamping force of the headset isn’t uncomfortable.

Back in 2015, HyperX took its original and critically-acclaimed Cloud headset and made it better with the release of the Cloud II with its USB audio control box. And now in 2017, the company has taken last year’s original Revolver and improved it in quite a number of ways with the Revolver S, including the addition of its USB audio control box and soundcard, with its virtual Dolby 7.1 surround sound, as well as its improved microphone. The HyperX Cloud Revolver S is an undeniably marked improvement over what was already an impressive headset and has ostensibly joined its predecessors in our shortlist of favorite gaming headsets.