Among all the categories in the international smartphone market, the mid-range bracket is probably the most competitive, sitting smack dab in between the barebones budget market and the hard-to-afford high-end market, with manufacturers constantly trying to include as many high-end level features and specifications into their mid-range devices while trying to keep the device’s price within the constraints of the mid-range category. This oftentimes leads to compromises in certain areas of the device that may or may not affect its overall quality, performance, or value. As for Huawei and their latest mid-range offering, the GR5 (also known as the Honor 5X), the company has included features that have long been known to appeal directly to the mid-range market demographic such as dual SIM card support and a large battery while also including a few high-end features such as a rear-mounted fingerprint sensor and LTE connectivity all in an effort to make the GR5 stand out in a sea of similar devices.

The GR5’s look is simple and straightforward, more functional than fashion, akin to many of Huawei’s other offerings, like the high-end Mate 8. But the use of brushed aluminum alloy for its body gives it a premium look and feel that makes it stand out among its peers, especially once you’ve got it in your hand. The aluminum alloy unibody also gives the GR5 more durability, quality, and value in a category that’s usually full of smartphones with fragile plastic bodies. The purposefulness of the GR5’s design also extends to the placement of its buttons and components – the power and volume buttons are both located on the right-hand side of the device making them easy to reach with either your left or right hand and the rear-mounted fingerprint sensor is spaced away enough from the rear camera to avoid any issues with your finger blocking the lens.

The rest of the GR5’s external components, including its display, cameras, speakers, and fingerprint sensor, all easily impressed as well – the 5.5-inch full HD IPS display looked great with decent viewing angles, color reproduction, and sharp details; the 13-megapixel f/2.0 aperture rear camera produced very good photos while the 5-megapixel front-facing camera is able to take decent enough selfies; the bottom-mounted stereo speakers were adequately loud for listening in a quiet room albeit slightly tinny; and the rear-mounted fingerprint sensor was impressively fast and responsive, not surprising from a sensor from Huawei, only requiring a split-second of contact to activate, scan, and process. The fingerprint sensor is also equipped with a few extra features that made using the device easier including phone and app navigation, camera shutter control, and answering calls. 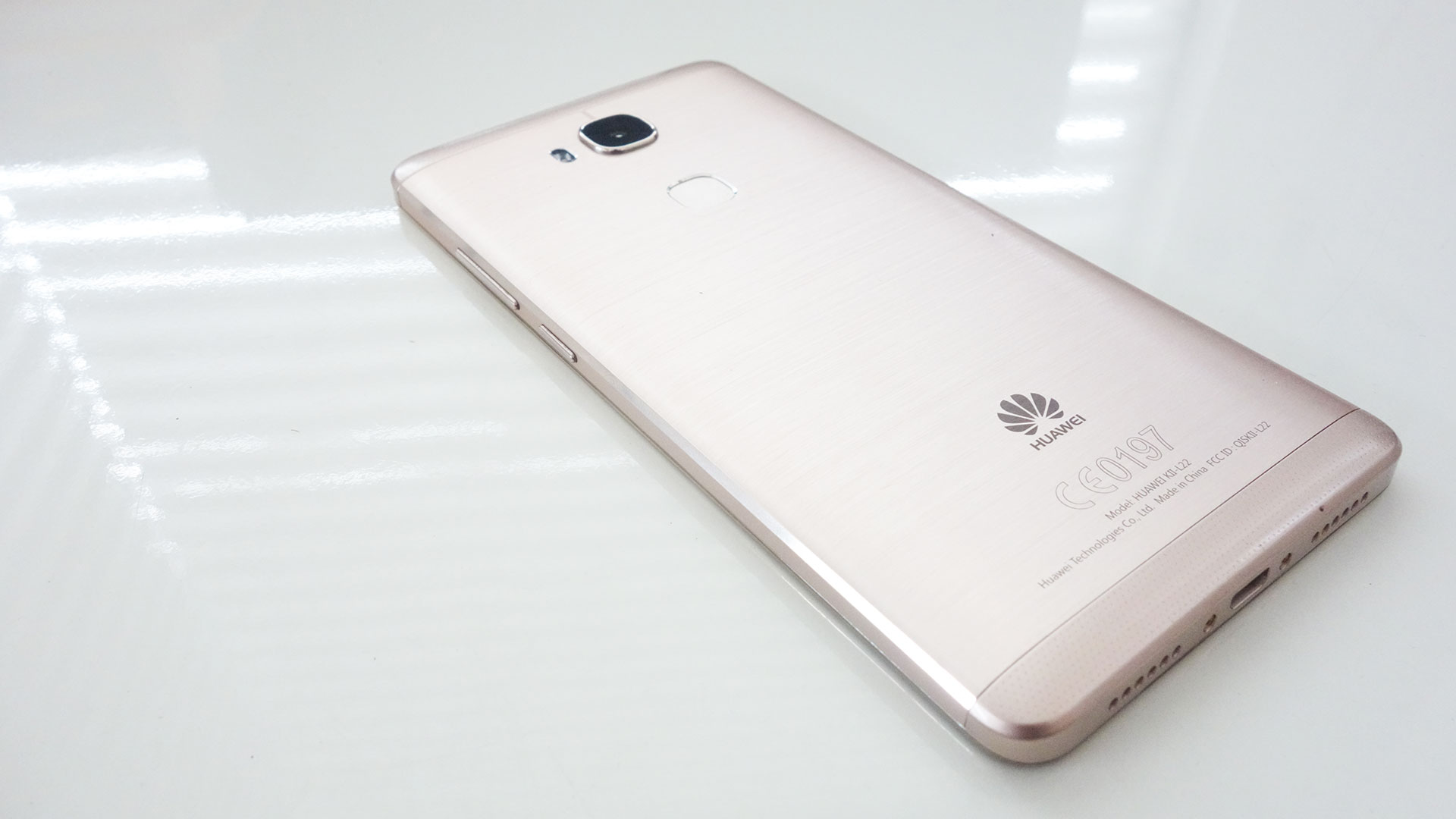 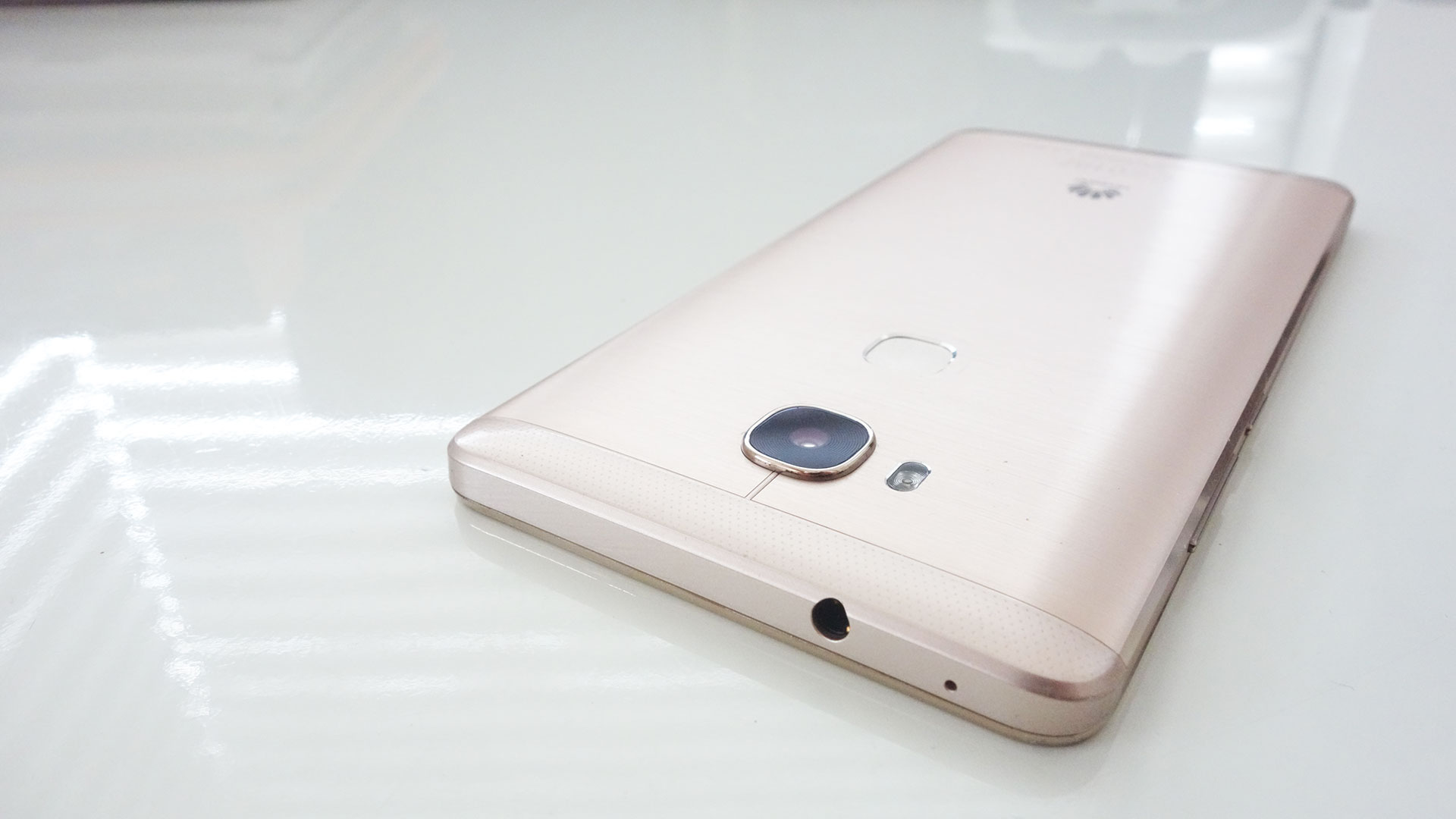 Huawei equipped the GR5 with the new Qualcomm Snapdragon 616, an improved version of the Snapdragon 615, and coupled it with 2GB of RAM. The duo led to the GR5 performing adequately well for most tasks and apps we used. Playing lighter games on the GR5 is easily doable as the device was able to run them quite well with decent responsiveness in menus. But running heavier games proved to be somewhat of a challenge for the GR5 as, while playable, it struggled to maintain a consistently fast framerate. Also, once multiple apps were launched and used simultaneously, the device began becoming sluggish with key presses becoming delayed, choppy animations, and general slowness in loading apps or functions. The sluggishness was probably due to a lack of optimization with Huawei’s proprietary EMUI interface, its own version of the Android UI, making multi-tasking performance the only real weakness of the GR5. Luckily, this is something that the company can fix with a future software update. The GR5 easily makes up for this though with amazing battery life, its 3000mAh battery easily lasted a day and more even with heavy usage.

Overall, the Huawei GR5 is an impressive phone and one of the best in its price bracket. In spite of its single Achilles Heel, an unoptimized operating system, which can be easily remedied with software updates, it easily impresses in every other aspect. Its build quality, features, and performance bring it well up and above its competitors, especially when its price is considered. The GR5 is definitely one of the best mid-range devices the company has come out with so far and one of the best in its category.