RGB lighting is everywhere these days from computer components, monitors, gaming mice, gaming keyboards, and even gaming headsets. And while Taiwanese peripheral manufacturer Gamdias began releasing RGB peripherals several years ago, they only released their first line of RGB headsets last year with the Hebe M1 RGB and Hebe E1 RGB, both of which are complete redesigns of the original Hebe and Hebe V2 headsets.

The Hebe M1 RGB is a 7.1 virtual surround sound gaming headset with RGB lighting, a retractable boom microphone, an in-line control module, 50mm drivers, and more. The Hebe M1 RGB features a double band design that uses a primary headband with flat metal bands and a secondary auto-adjusting secondary headband with padded leather. The padded leather headband felt quite durable and comfortable, able to distribute the weight of the headset evenly. 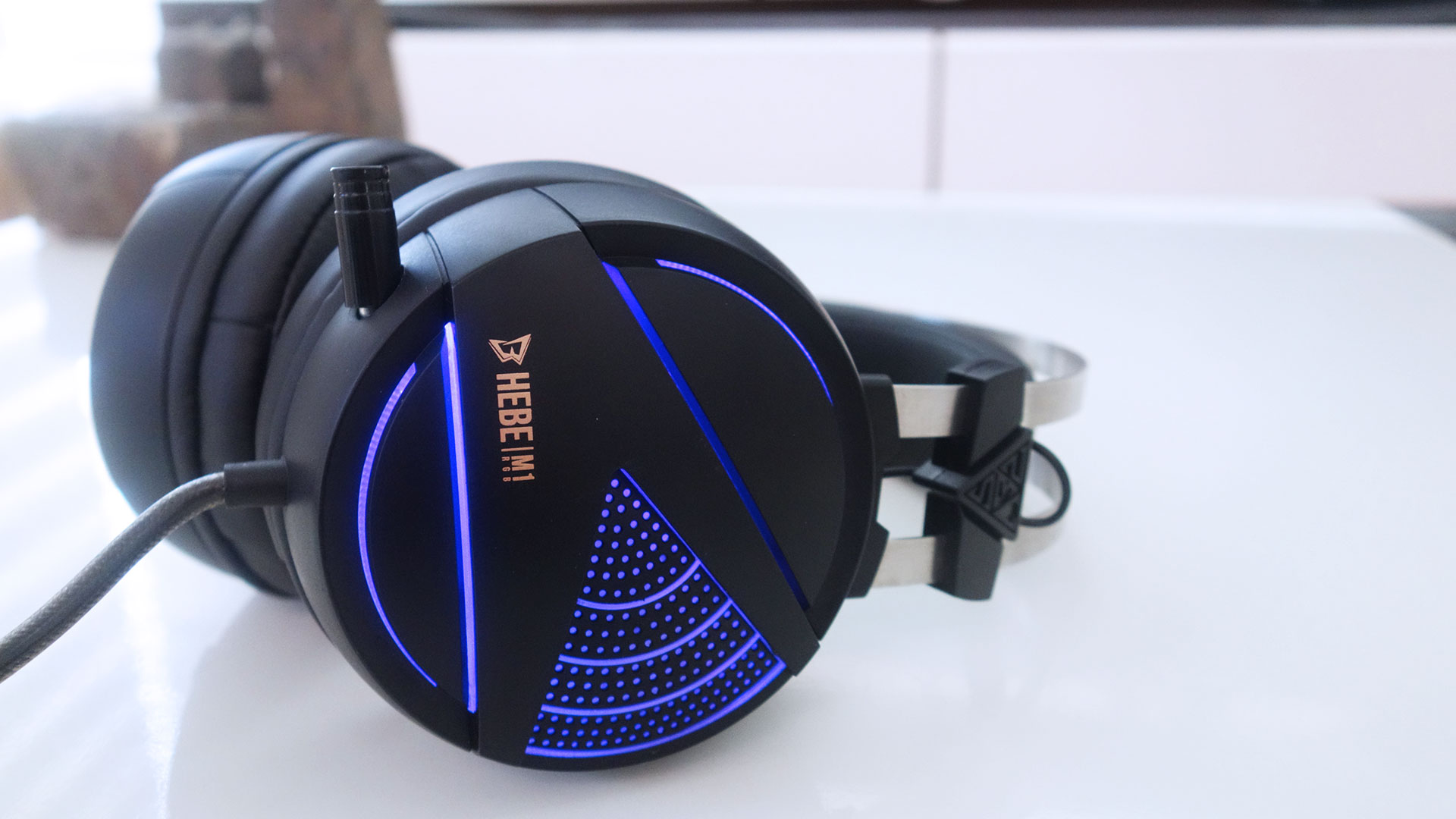 Unexpectedly, instead of using swiveling or adjusting ear cups for the Hebe M1 RGB to help them sit properly on the user’s head, Gamdias has decided to keep the ear cups in place. To compensate for this design, the company has made the ear cups quite large and the ear pads almost an inch thick. While this design works to help the headset sit comfortably on one’s ears, it inadvertently but also just slightly prevents the drivers from sitting parallel to them.

Overall though, the Hebe M1 RGB is rather comfortable in spite of the size of its ear cups, which make it seem that it’ll be pretty heavy on the head. But even after long hours of use, there’s barely any strain on the top of the head, thanks to the dual headband design. The larger ear cups and pads reduce the clamp of the headset enough that there’s also no strain after long hours of use, even for those who wear eyeglasses. 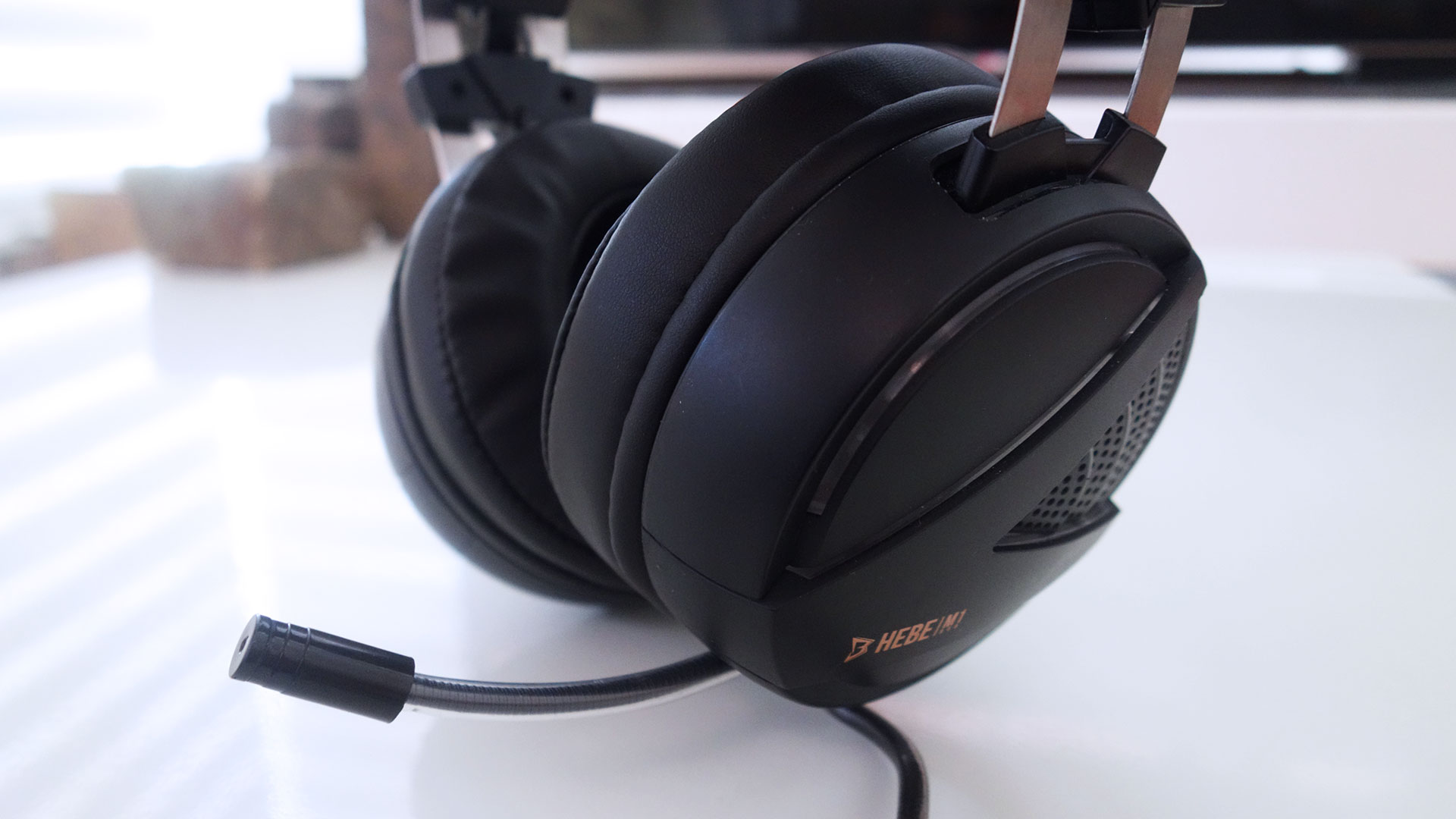 Another interesting feature of the Hebe M1 RGB is that its cable, which is braided, is also protected by clear plastic tubing which helps make it more durable. Although, while it is more durable, it makes the cable less flexible and a bit heavier. The cable terminates into a USB connector, just like other headsets with virtual 7.1 surround sound capability, which limits its compatibility to PCs as it doesn’t work with the PS4 or Xbox One. 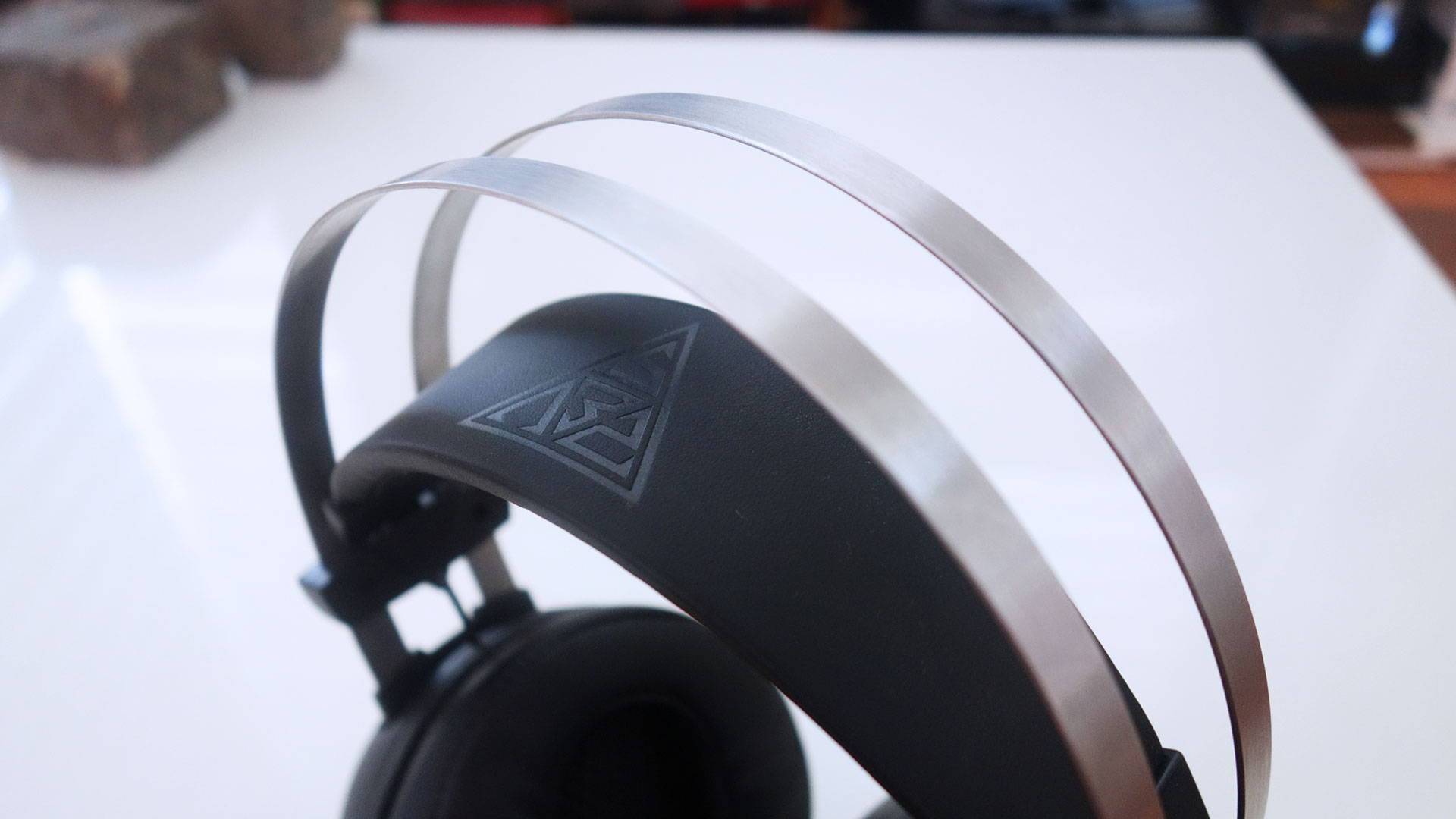 The retractable microphone of the Hebe M1 RGB is also protected by plastic tubing. The microphone tucks away into the headset cup when not in use. The pick up of the microphone is adequately loud and the quality is fairly clear, with very little background noise heard. Overall, the quality of the HEBE M1 RGB microphone is decent for voice chat but not really for any professional voice recording.

In the middle of the cable is the headset’s fairly large control module which features several functions including volume control, a button to mute the microphone, a button to turn on/off the RGB lighting, and another button to switch on/off the headset vibration drivers. The case and buttons of the control module feel rather flimsy though, the plastic of the case seems too thin and the buttons are wobbly. 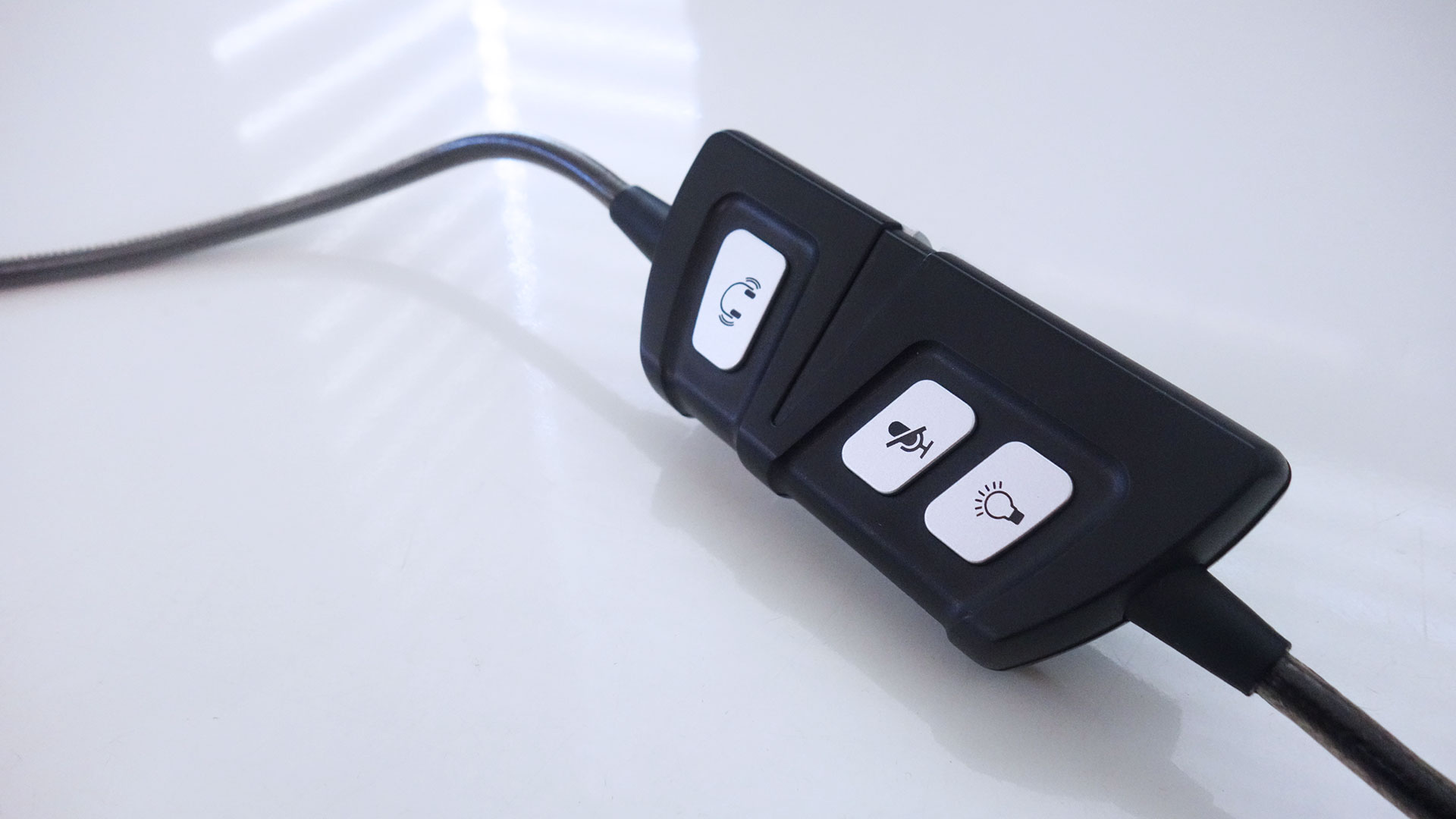 While the RGB lighting can be turned on or off using the control module, that’s pretty much the only way to control it. Gamdias’s Hera software, which the Hebe M1 RGB works with, only controls the headset’s virtual 7.1 surround sound feature. It features an equalizer as well as environment control to make the most of the surround sound. Having the ability to customize the RGB lighting feels that it should have been standard for this headset so not being able to is a letdown.

Moving on to the actual sound quality of the Hebe M1 RGB, the output of the headset is undeniably loud and is one of the louder headsets we’ve used so far. It is bass heavy, which was probably meant to coincide with the included vibration drivers in the ear cups. We had to adjust the equalizer in the Hera software to balance the sound a bit more and bring out more of the highs and mids. It’s still impressively clear though in spite of its bass heavy leaning. 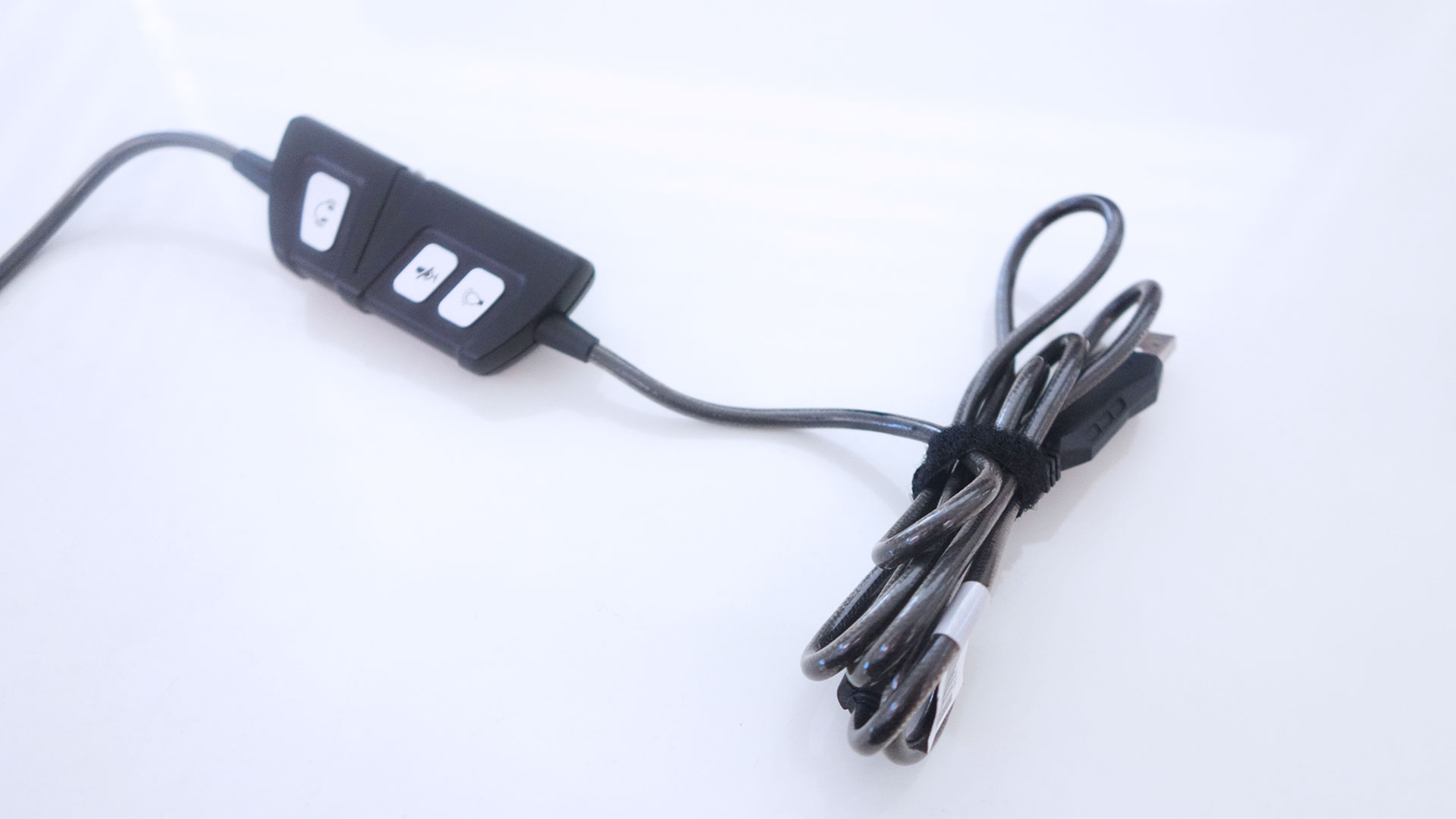 The soundstage of the Hebe M1 RGB is fairly decent in spite having a closed-back design, which is somewhat compensated by the larger ear cups which provide more room/air between the drivers and the user’s ears. The instrument separation and positional audio are also impressive, which is helped by the virtual 7.1 surround sound, especially in games where it becomes more important.

Overall, the Hebe M1 RGB is a fairly decent headset. It could do with some tweaks to its ergonomics and build quality, specifically for the ear cups for the former and the control module for the latter. It would have also been good to be able to customize the RGB lighting, as that is usually expected from RGB peripherals and would have made it more valuable. Regardless, the Hebe M1 RGB is still fairly comfortable and easy to use and the sound quality of its drivers and microphone are both quite decent. Those looking for an affordable virtual 7.1 surround sound headset with RGB lighting will be decently satisfied with the Hebe M1 RGB.