The good ways in which it’s difficult are mostly still the ways you might remember from the original, with every track pushing you to the utmost limit just to keep up with the competition. If you’ve never played Crash Team Racing but have played Mario Kart, then you may think CTR is more of the same with its powerup boxes, ramps, and ridiculously fast AI. That’s a grave mistake, one that will leave you choking on exhaust fumes if you dared to select anything above Easy mode. See it may look and sound like the same game, but CTR actually expects you to make use of every trick they teach you just to stay in the race. There’s no Bullet Bill bullshit here, (although just about every other Mario Kart weapon is in here), you have to outrace everyone ahead of you by brake sliding in sharp turns, hopping off every ramp for a speed boost, vigorously shaking off TNT crates, collecting 10 wumpa fruits for powered up power-ups, and mastering the game’s three-level turbo boost mechanic. All of this makes for a kart racing experience that, while not really fresh, does make for a very fun game. 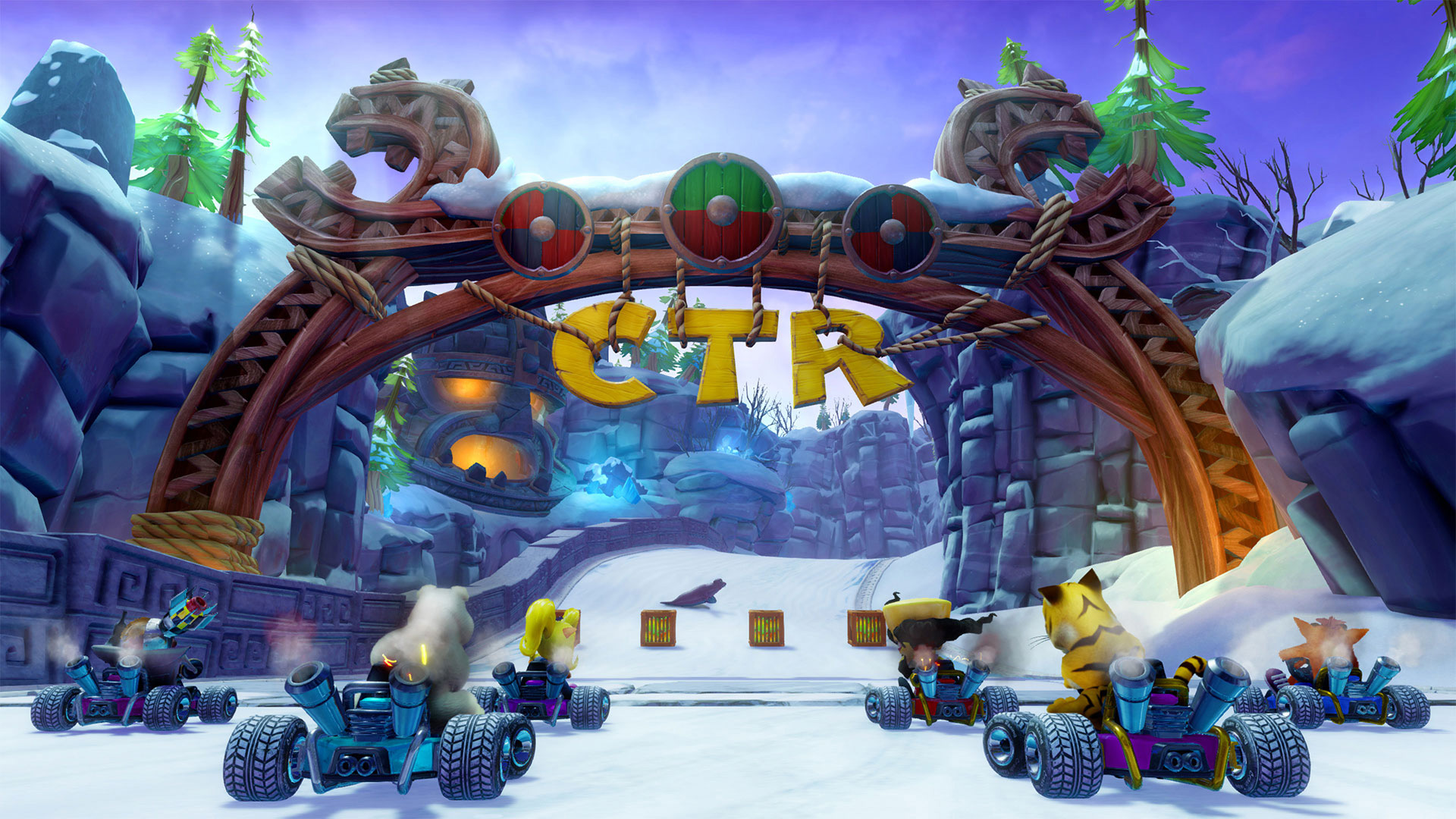 And there’s so much game to play! Developer Beenox added characters, karts, and race tracks from CTR’s two sequels, Crash Nitro Kart and Crash Tag Team Racing, and you have way more to play around with than just the (extremely hefty) Adventure Mode, with both local and online arcade modes and battle arenas that make for excellent party games. Also, credit to Beenox, it all looks so gorgeous. Even playing this game on an undocked Switch, the new graphics look superb, and the FPS remains quite stable even with all the explosions, fruit-looting, and scenery on-screen.

But now we arrive at the bad parts of the difficult stuff, the first of which being Crash Team- Racing: Nitro-Fueled is difficult to even start playing. The game first starts up with you having to go through an unskippable 40 pages of user license agreements, and then 23 more pages after. What was wrong with lumping it all in one gigantic page I could skip by scrolling down? They know very well that almost no one would actually read all of that and yet they made the whole thing difficult to skip. 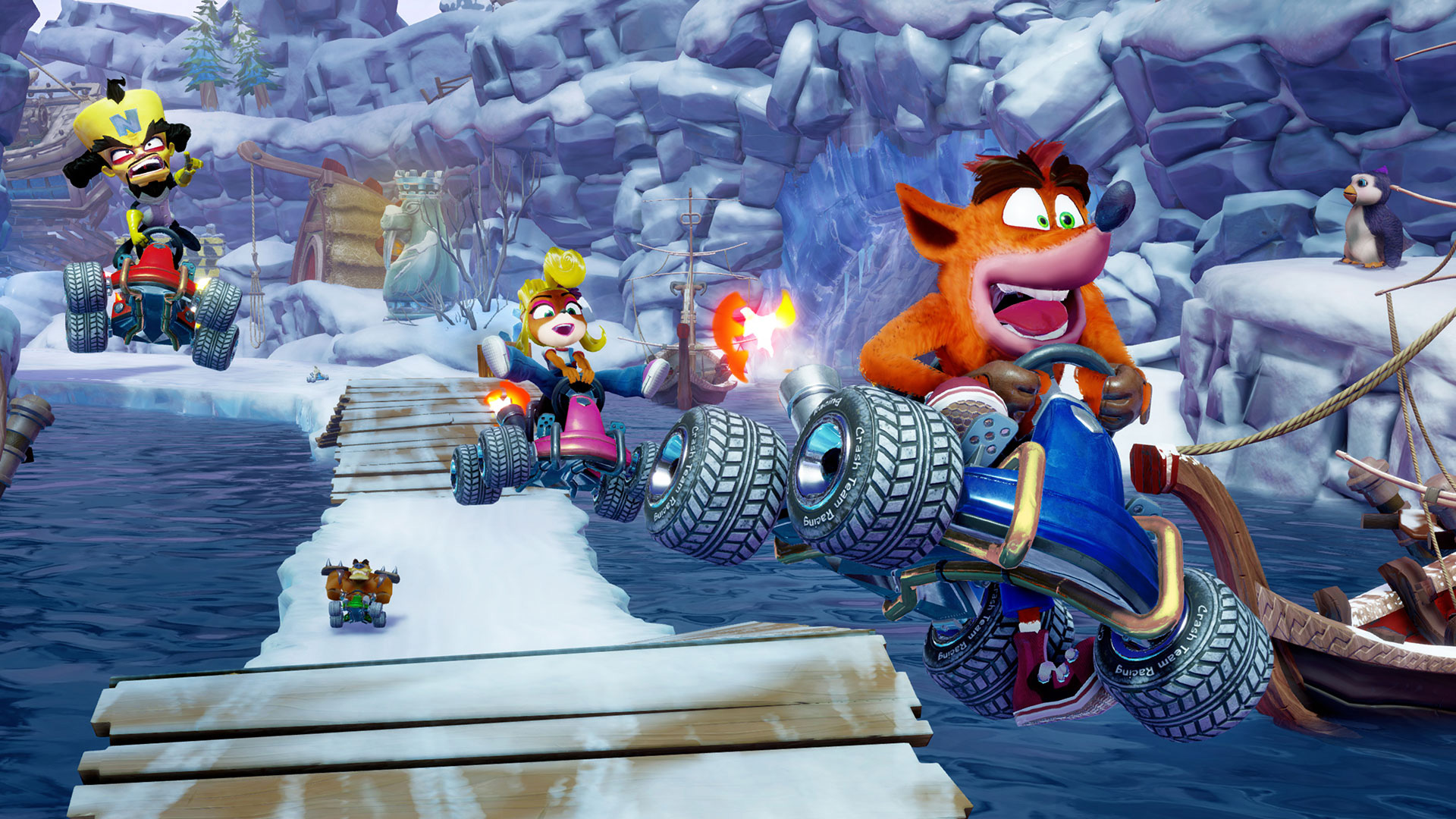 You have probably heard about the loading times since just about everyone who’s played the game can’t stop yelling about it.

Crash Team Racing: Nitro-Fueled takes over half a minute to load a single race. Docked. Now I haven’t timed the alternative, but if you play undocked like I do, (What? It’s the kind of game I prefer to play on a handheld than on the TV) the loading times feel excruciating enough to get boring and they had me bringing up my phone to do something else. That is just fatal for a game that has you load up a new race every three or so minutes, and it’s disappointing to see the Switch’s weaker hardware be this much of a detriment. If you’re ever stuck choosing which platform you want to play on, you may be better off going with the PS4. Now at the time of this writing, Activision has announced a patch to reduce the ridiculous loading times on the Switch. Hopefully it will then be short enough to be playable. 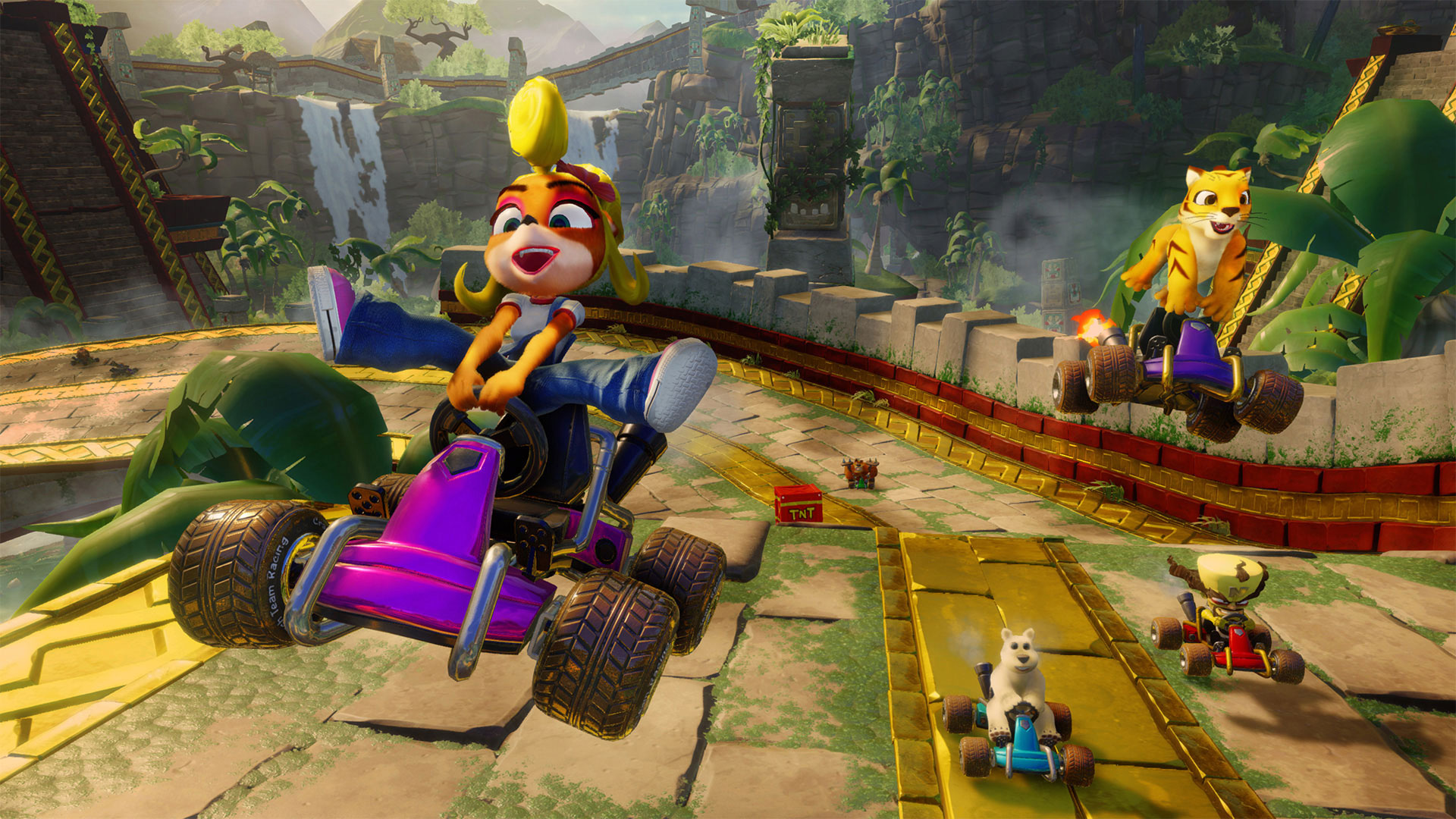 I also found it rather difficult to care about actually playing through everything. It could have been the loading times killing my momentum, it could have been me not being quite as fond of the Crash cast as I am of Mario Kart’s, it might even have just been a matter of personal taste in games, but sometime after beating Ripper Roo I began to lose interest in playing through the Adventure mode. He was just the first boss. Playing from that point onward began to feel a bit like a slog, and I didn’t feel particularly inclined to keep playing and unlock the many, many different characters, karts, and customization options that I knew I would never really use. It was still fun, but I just didn’t feel any motivation to continue playing it by myself rather than at a house party with friends.

But all that’s just the grumpy opinions of a very casual fan who’s mad about being unable to stay on turbo boost for an entire lap. If you’re a fan and have been wondering whether the remake’s worth the buy, the answer’s a no-brainer. It’s the same cult classic you know and love, but with a shiny new paint job and more stuff. If you’ve been looking to play Crash Team Racing again, look no further. It’s even got an online mode now! And if you’re a new fan worried about its infamous difficulty curve, let me assure you, Easy Mode is very doable even for first-timers. You might want to practice that turbo boost though, you won’t get anywhere without it.