Whatever your feelings or opinions are when it comes to gaming headsets, it’s undeniable that it’s become a gigantic industry; one that every manufacturer wants to get a hand into. And with ASUS’ announcement of their new entry-level or mainstream gaming brand, Strix, back in May 2014 it wasn’t a big surprise that one of the new brand’s first products was a gaming headset – the Strix Pro.

The Strix Pro is a stereo gaming headset with large 60mm drivers, a detachable microphone, and a unique design. It also comes with a control box that has a built-in microphone for noise cancellation and an array of accessories that make it compatible with a number of devices including PC, Mac, PS4, as well as an array of smartphones, tablets, and portable gaming consoles.

Since the launch of the Strix Pro the company has released three other Strix headsets including the more portable version Strix 2.0, the Strix DSP with its independent USB soundcard, and the surround-sound Strix 7.1. We got to borrow the original Strix Pro for a few weeks to take it through its paces and see if the boisterous newcomer deserves some attention. 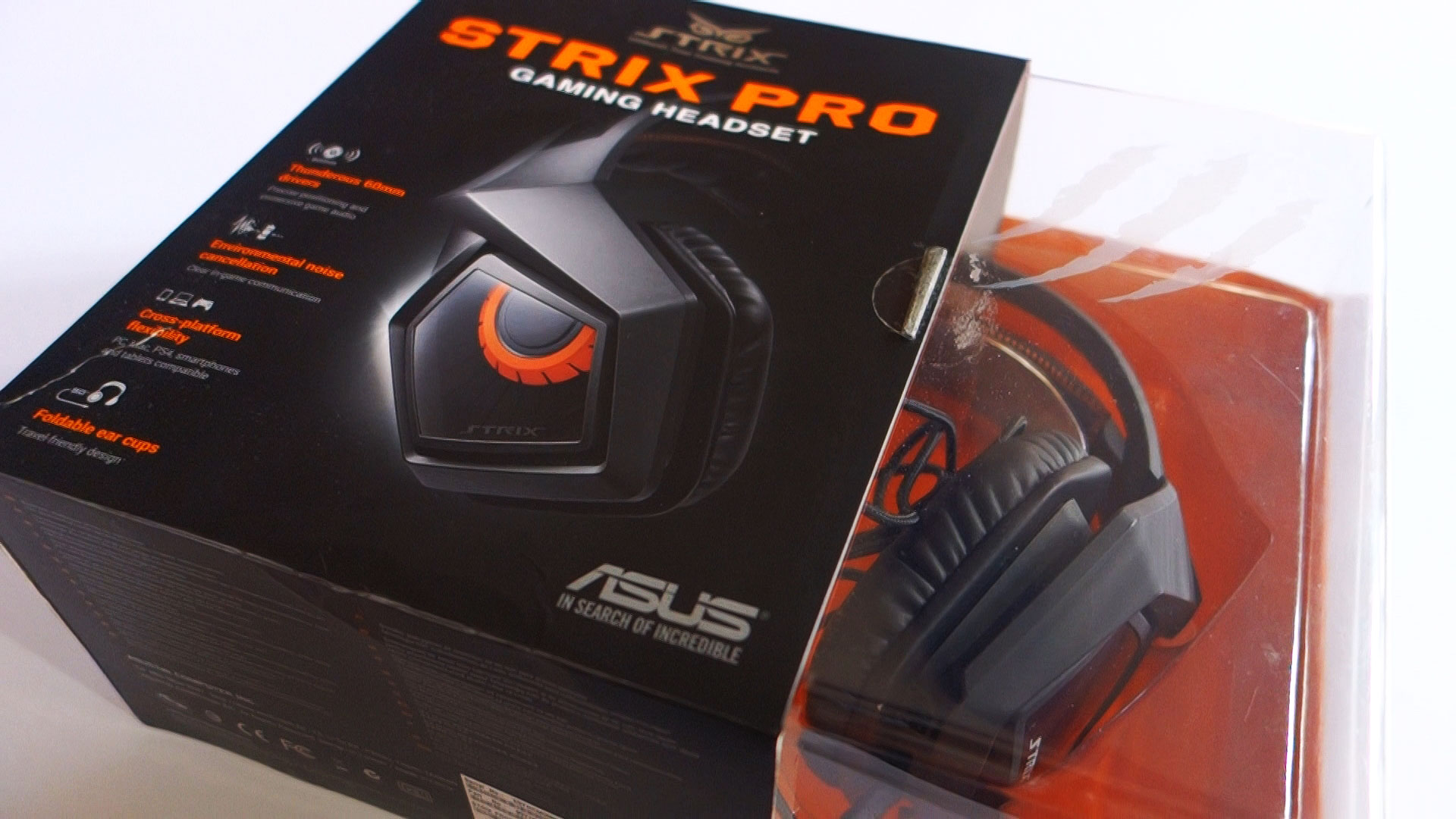 While the Strix brand is a new player in the gaming hardware scene, ASUS, on the other hand, is one of its leaders and that dominance shows in the way the Strix Pro was designed and packaged. Eye-catching to say the least, the Strix Pro is packaged in a humungous box, probably the biggest headset box we’ve encountered so far. Part of the box is cut-out to reveal part of the headset encased in clear plastic. While the exterior of the box is black and filled with the usual assortment of logos, images, information on the headset, the interior of the box is in bright orange which makes the packaging all the more eye-catching and keeps with brands signature color combination of black and orange.

With the ASUS Strix Pro (and its successors), the company decided to go balls out and over-the-top with its design. Like its box, the Strix Pro is gigantic. Which is mainly due to its big, uniquely-designed ear cups that house its large 60mm drivers. The ear cups were designed to look like giant angry owl eyes, like the Strix logo, with clear plastic panels, round orange irises, and large black pupils, which gives the Strix Pro its unique design. The cups can swivel slightly to accommodate different head types/sizes and can be rotated 90-degrees so users can lay it flat on their desks or for storage. The sheer size of the Strix Pro’s ear cups make it difficult to hang the headset on your neck as well as making it less portable. The inside portion of the cups feature black leather ear pads and orange fabric that cover the drivers and give the headset some really nice color contrast. 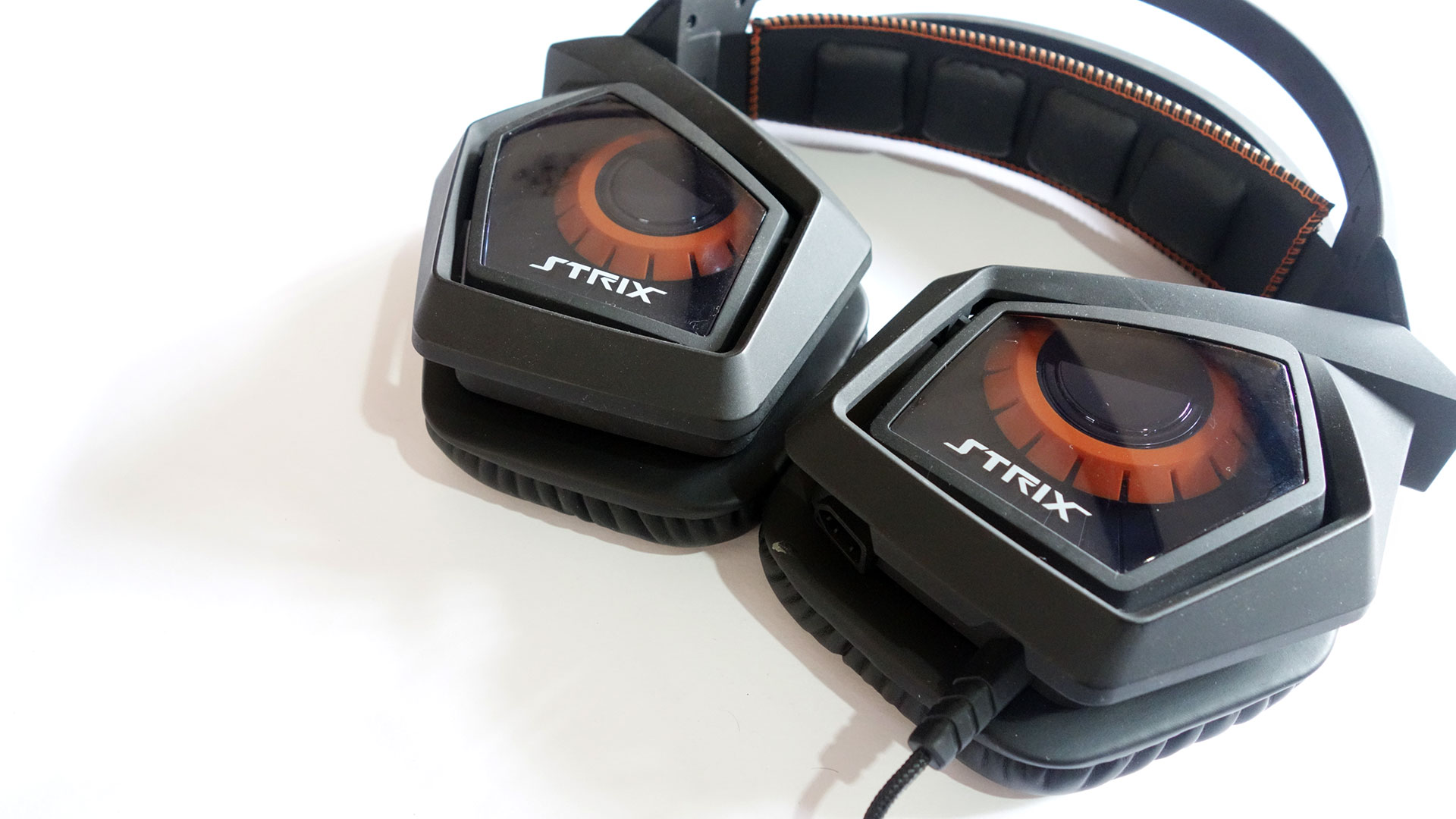 Surprisingly enough, the large ear cups don’t make the Strix Pro too heavy or uncomfortable to use. This may be largely due to the headband design which consists of a self-adjusting padded leather band that rests on the user’s head and the thick plastic band connecting the cups. Having separate plastic and leather bands make it so the weight of the plastic band doesn’t directly rest on the user’s head which makes the headset more comfortable. The headband design also makes the headset seem lighter than it is due to better weight distribution. The Strix Pro does get naturally warm because of the leather ear pads so that’s something to note.

Strix Pro’s control box is designed with ergonomics in mind with its gigantic volume control wheel and a sticky bottom that keeps the box in place. There’s also a microphone mute switch on the side. Lastly, the control box’s surprising feature is its built-in microphone which solely acts as a noise detector for the headset’s Environmental Noise Cancellation feature. The ENC feature can be turned on or off using the small switch on the bottom of the control box. The rest of the Strix Pro’s accessories, while appreciated, seem a bit unnecessary due to the headset’s reduced portability. 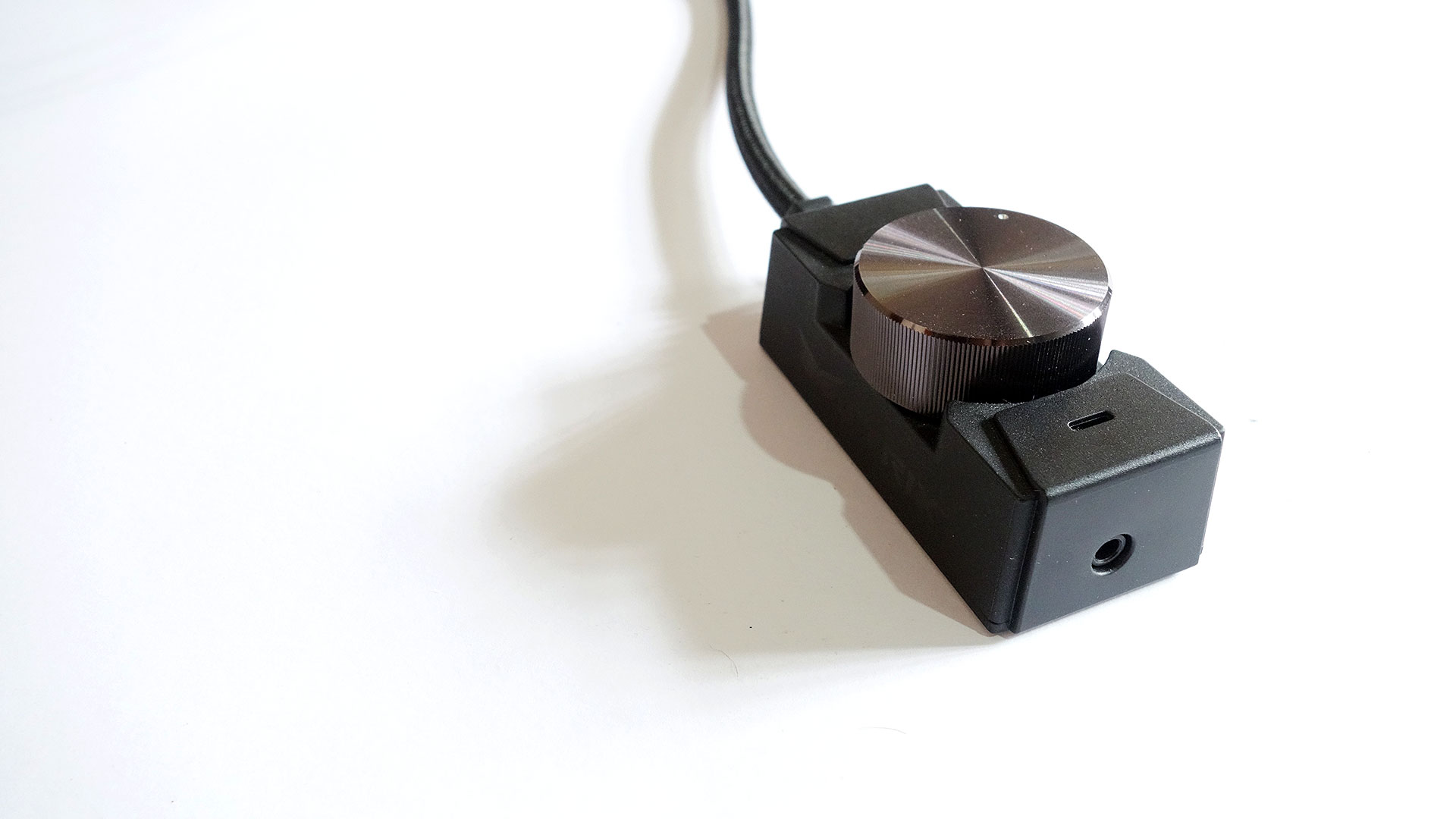 The Strix Pro has a more balanced sound signature while the output is fairly clear and handles audio panning well which makes it perfect for gaming, as it should be. You won’t hear where your opponent is coming from exactly but you’ll at least be able to tell if they’ll be coming from either the left or the right and you’ll be able to hear them move from one side to other fairly clearly as well. The audio quality isn’t the best for movies and music but still decent enough that it won’t bother you.

The microphone of the Strix Pro works pretty well and was quite impressive. Microphone audio is mostly clear even without turning on the ENC and turning on the ENC almost completely wipes out any environmental or background noise. One setback to the ENC though is the lower overall sensitivity as well as the slightly robotic tone of voice that results from the audio processing so I preferred not using the ENC unless there was a lot of distracting noise in the background. 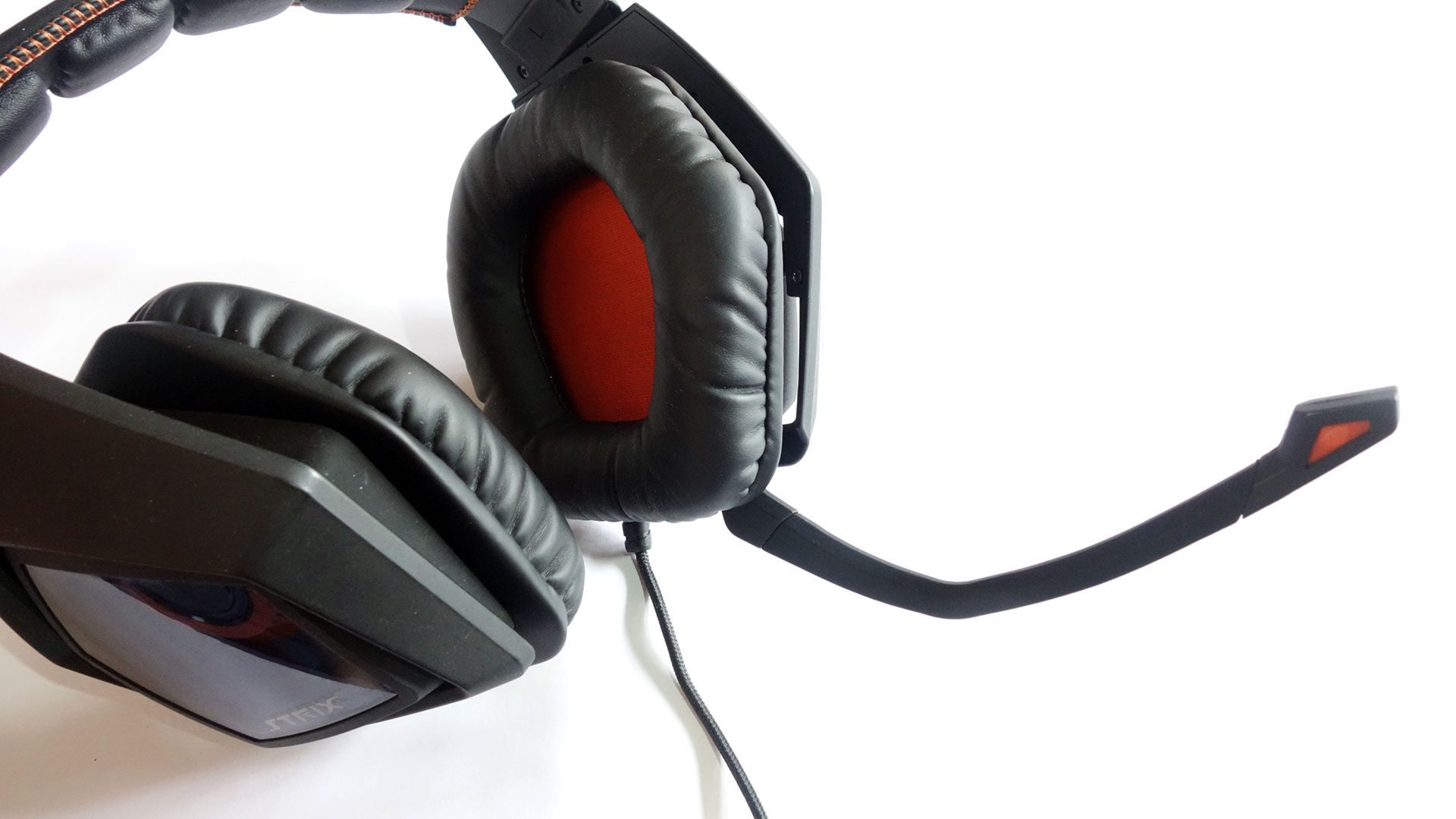 The ASUS Strix Pro is a great overall headset without any real issues other than its massive size making it a good pick for any home gamer if you’re into its eye-catching design. For a stereo headset, some might find the Strix Pro to be quite pricey at $125 (around Php5,500) as there are cheaper or similarly priced headsets with virtual 5.1 or 7.1 surround sound but for those who want or prefer pure analog sound and the convenience of the control box and extra accessories will find the Strix Pro well worth the money. It’s definitely one of the most memorable new headsets of the past year and one that we recommend any gamer should consider taking a look at.

(You can get the ASUS Strix Pro gaming headset on Lazada through this link – http://ho.lazada.com.ph/SHCzYv) 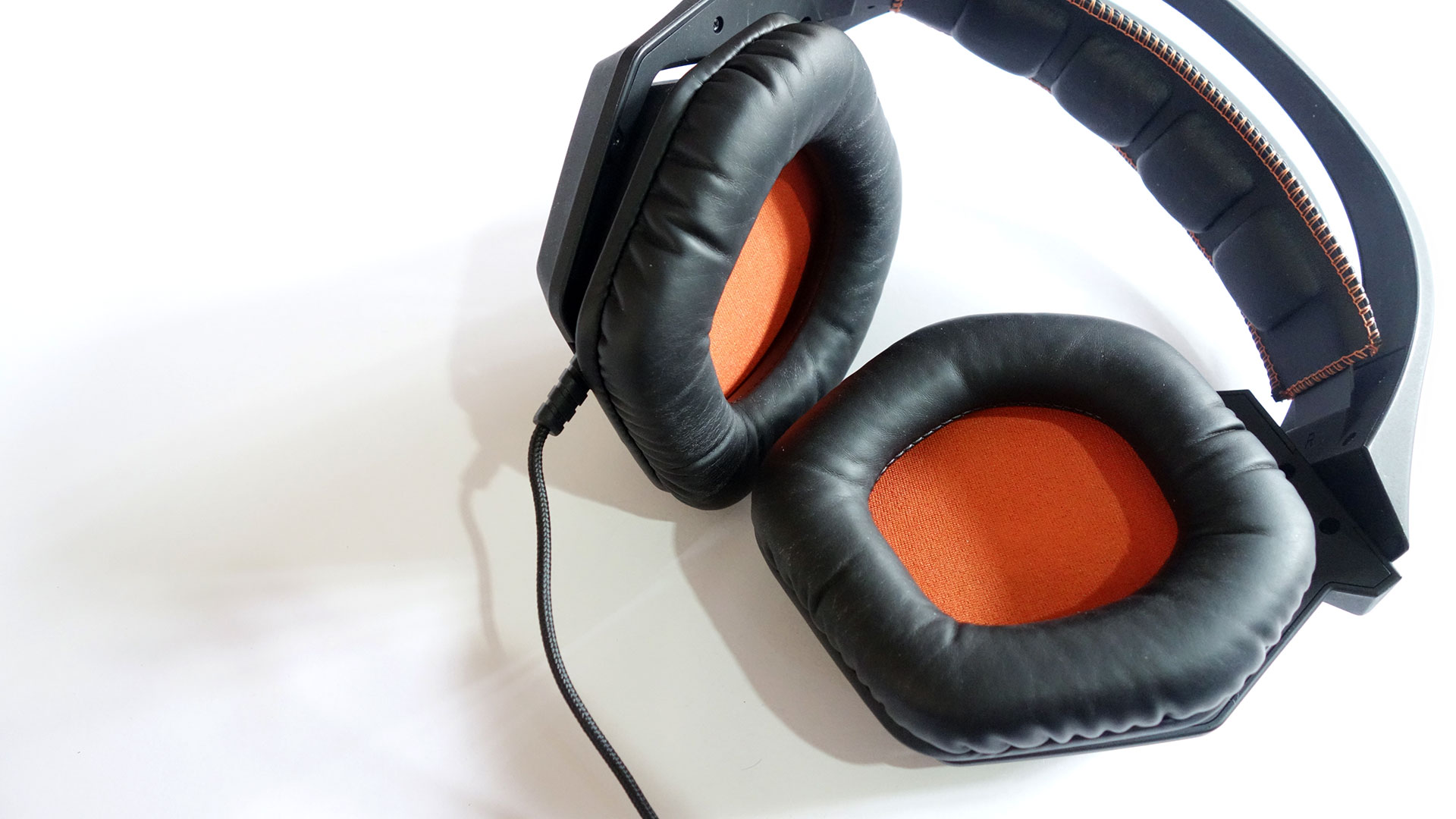