Wireless connectivity has become such a norm in today’s households and workplaces that almost every house or office with an internet connection has a wireless router for devices to connect to. One of the major concerns when it comes to purchasing and/or owning a wireless router is coverage. Wireless signal quality degrades when they pass through walls or floors/ceilings so many routers are unable to provide coverage all throughout the owner’s home or office.

ASUS has attempted to address that concern by taking the company’s old RT-N14U router released during the first half of last year and improve on it with the addition of three high-power 9dBi antennas and a power amplifier to further boost the router’s coverage and reliability. 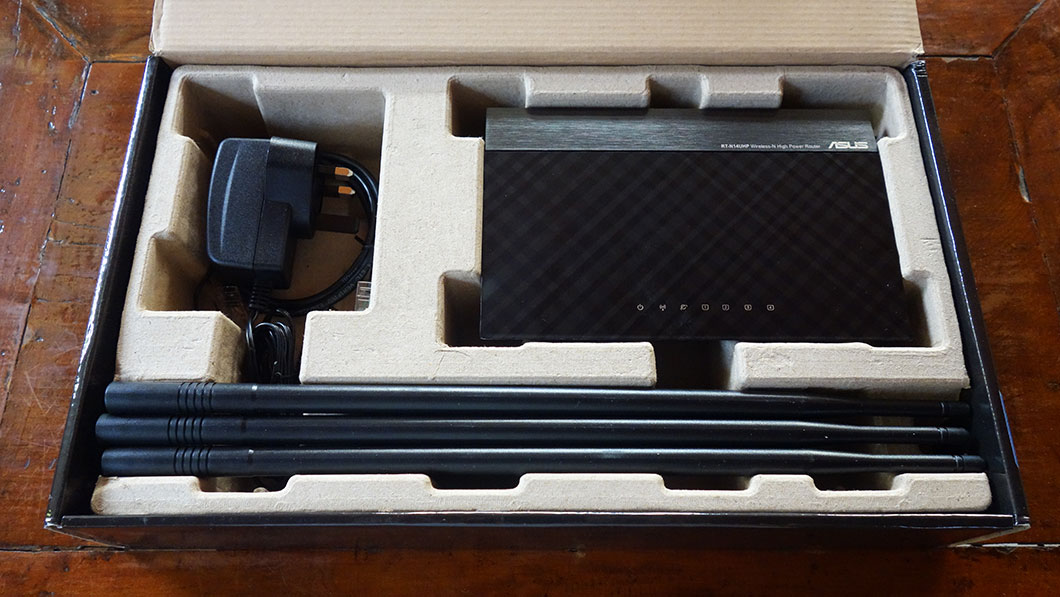 The RT-N14UHP was announced by the company sometime late last year and came as somewhat of a surprise as it was announced to only be a single-band (2.4GHz) 802.11n router instead of a now much more common dual-band (2.4GHz/5GHz) which has slowly become the norm, especially due to the growing adoption of the latest 802.11ac wireless standard, which exclusively works on the 5GHz band, by manufacturers in both the PC and mobile industry.

But with the RT-N14UHP it looks like ASUS has gone against the norm and is targeting the RT-N14UHP specifically towards current 802.11n users who are simply looking for a router that can provide stronger coverage and better reliability for their home’s or office’s wireless network. 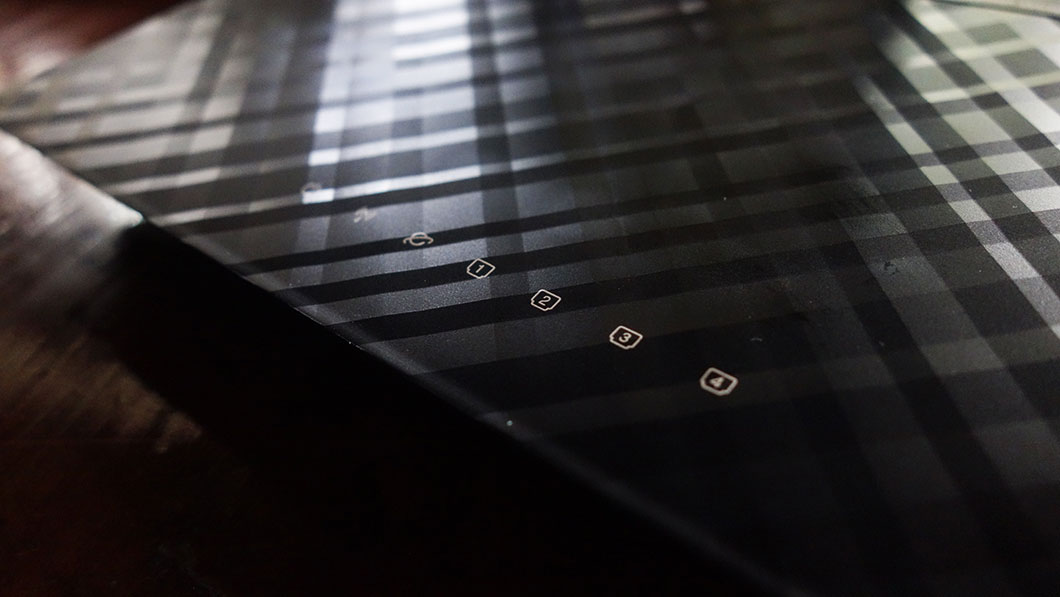 The design of the RT-N14UHP is similar to most of the company’s other routers for the past year or so which looks like it was pulled straight out of Burberry’s design book. The black diamond pattern and the shape of the body make the RT-N14UHP look very sleek and classy but the router’s large high-power 9dBi antennas do take away from the router’s overall design. The antennas are so large that it may become a bit of a challenge to find a place to put the RT-N14UHP but the large antennas are a necessary design compromise to achieve what ASUS wants for the RT-N14UHP – large and reliable wireless coverage.

On the front top of the RT-N14UHP are its status LEDs for Power, WiFi, WAN, and the device’s four LAN ports which can be found at the rear of the device which also features a WAN port, the power button, a reset button, a WPS button, the AC adapter port, and a USB 2.0 port where a printer, a storage device, or a 3G/4G wireless dongle may be connected. When a storage device is attached to the RT-N14UHP users can either access it directly from within the network, remotely via ASUS AiCloud, or use Download Master to directly download files from the internet to the attached storage device. 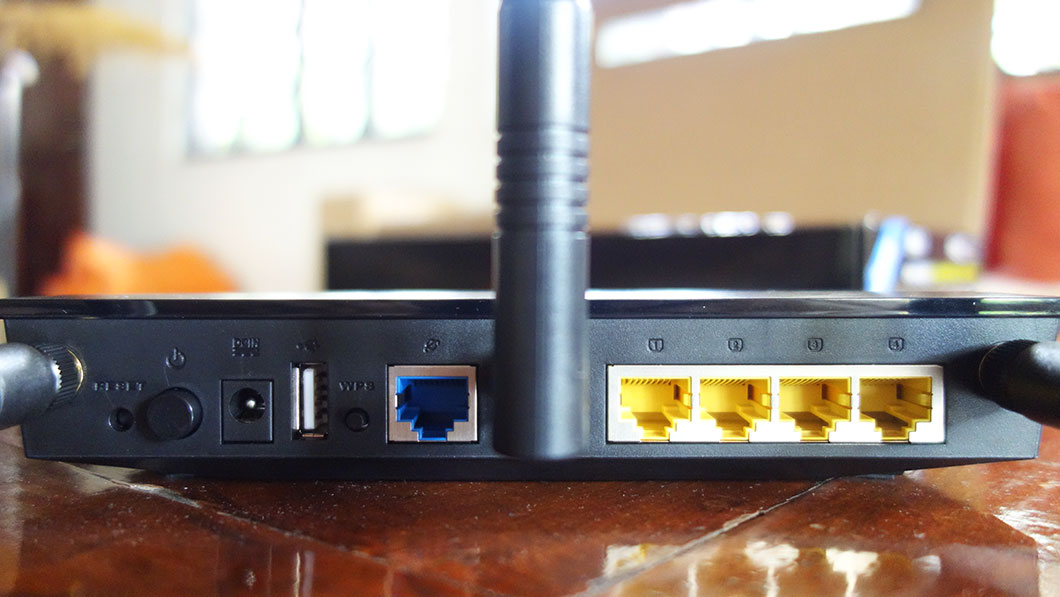 Other features of the RT-N14UHP include EZ Switch which allows a user to instantly and quickly switch between the router’s 3 major modes including a standard router, an access point, or a range extender. Additionally, users may create a VPN Server right from the RT-N14UHP which will help users browse the internet anonymously.

Taking the RT-N14UHP out of the box and setting it up was a pretty straightforward affair and I would go as far as to say it was probably one of the easiest routers that I’ve ever set up. ASUS uses a 3-step setup procedure for most of its routers that makes the initial setup of the RT-N14UHP quick and easy and while configuring the more advanced settings of the RT-N14UHP does require a bit of knowhow the UI of the admin page makes it a lot easier to understand and modify the different settings and menus within it such as activating features like QoS or AiCloud, monitoring currently connected wireless/wired clients or devices, and managing parental control options. 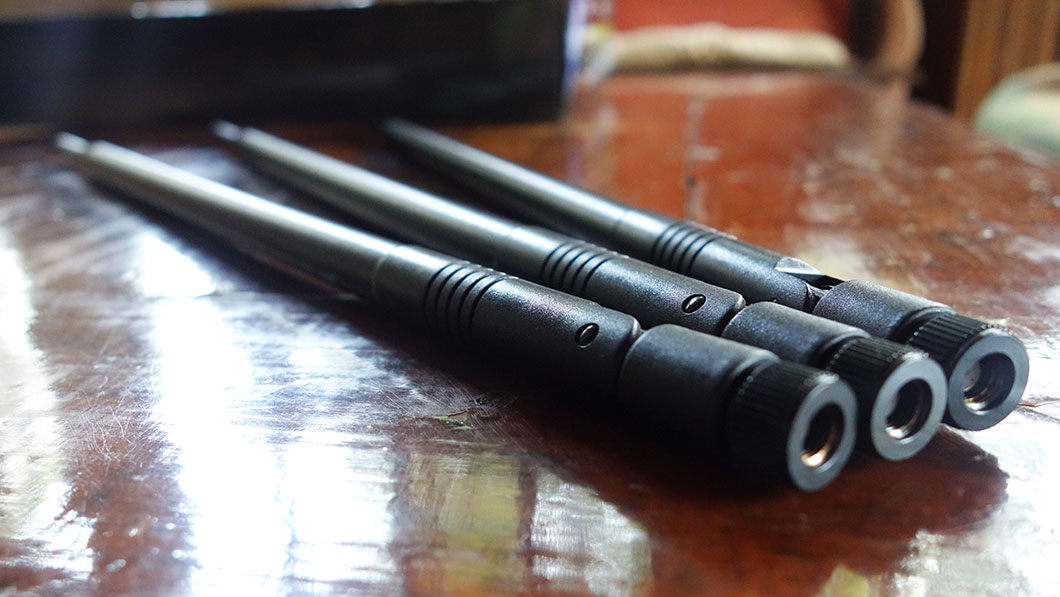 My only qualm with setting up and configuring the RT-N14UHP is the unexpectedly long time the router takes to apply even the smallest of changes. Clicking the Apply or Save button on the router’s different configuration menus leads to a ‘Processing’ or ‘Loading’ screen that takes a fairly long time to finish and go back to the menu you were working on which takes away from an otherwise easy and fast configuration experience. Hopefully this is purely a software related issue and that ASUS patches it in the future.

As for wireless and general performance, the RT-N14UHP did not disappoint. Both the router’s wireless signal coverage as well as signal strength more than doubled when compared to our usual wireless router when measuring purely through 802.11n on the 2.4GHz band. Even when around 15+ devices or computers were connected to the router, the quality of its connection was consistent. We had no issues transferring files from one device to another within the network as well as from a router-attached storage drive. 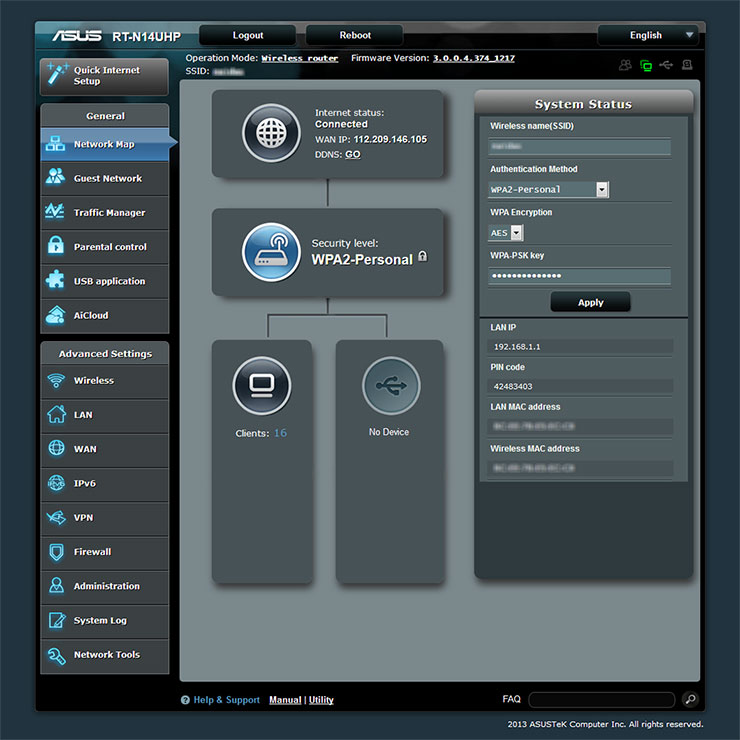 If you’re looking for a 2.4GHz router that can provide strong and reliable wireless coverage all throughout your larger-sized home or office then the RT-N14UHP is for you. The 9dBi antennas coupled with the internal signal amplifier should give the RT-N14UHP enough juice to reach every part of your home or office. Overall, the RT-N14UHP is a very capable and reliable wireless router. It is easy to setup, easy to configure, and performs extremely well especially in terms of coverage and signal strength.