ASUS released the original Cerberus headset, the first entry of its budget-friendly Cerberus gaming peripheral line, a few years ago and this year the company finally released its successor which is aptly called the Cerberus V2. The Cerberus V2 features a whole slew of improvements over its predecessor including a new suspension frame, headband, drivers, ear cushions, and more.

The Cerberus V2 comes packed in a clear plastic box with a cardboard insert to cover the backside. The headset and the boom mic can be clearly seen from the front of the box while the cardboard insert shows images and information on the headset. There’s also a smaller cardboard box inside that holds the headset’s manuals, warranty info, and splitter/extension cable. 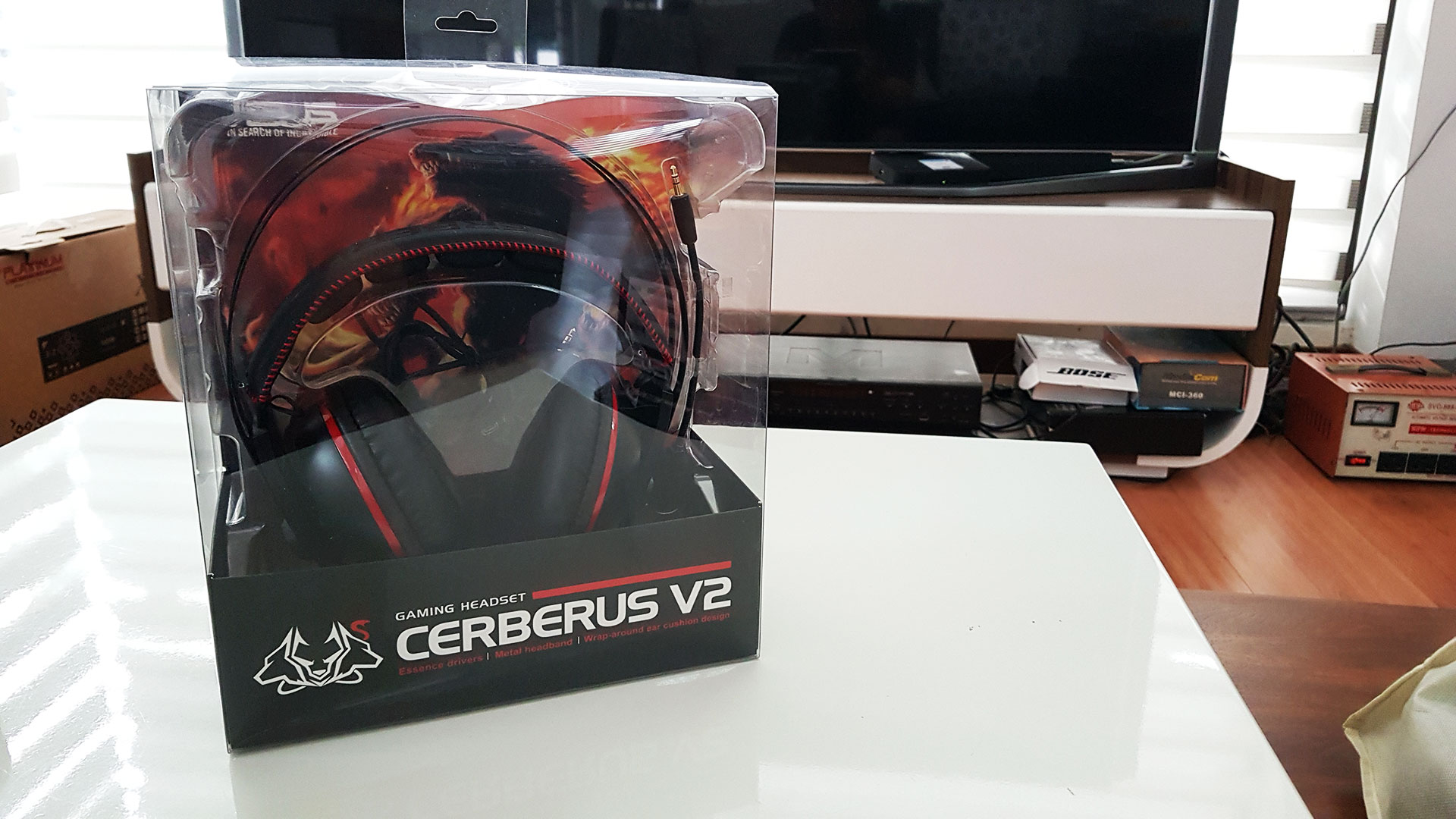 While the general look of the Cerberus V2 is similar to that of the original, there have been some major changes to its design. The most noticeable is the new metal suspension band which is now made of two plain flat metal bands (the one on the original used thin round rubberized metal bands). The flexible headband now also features some padding, making it more comfortable than before.

The ear cushions on the Cerberus V2 are also much larger now (30% larger according to ASUS) without reducing the opening of the ear cups but instead slightly extend beyond the edge of the ear cups. The larger ear cushions hug more of your ear and side of your face when worn, supposedly increasing the headset’s sound isolation compared to the original.

Another significant change that ASUS brought to the Cerberus V2 is the different and smaller drivers. The new drivers, which ASUS is calling Essence drivers are now only 53mm (the original had 60mm neodymium drivers) while keeping roughly the same ear cup size, which gives the driver chamber more room for the sound to resonate and gives it a different sound signature than the original 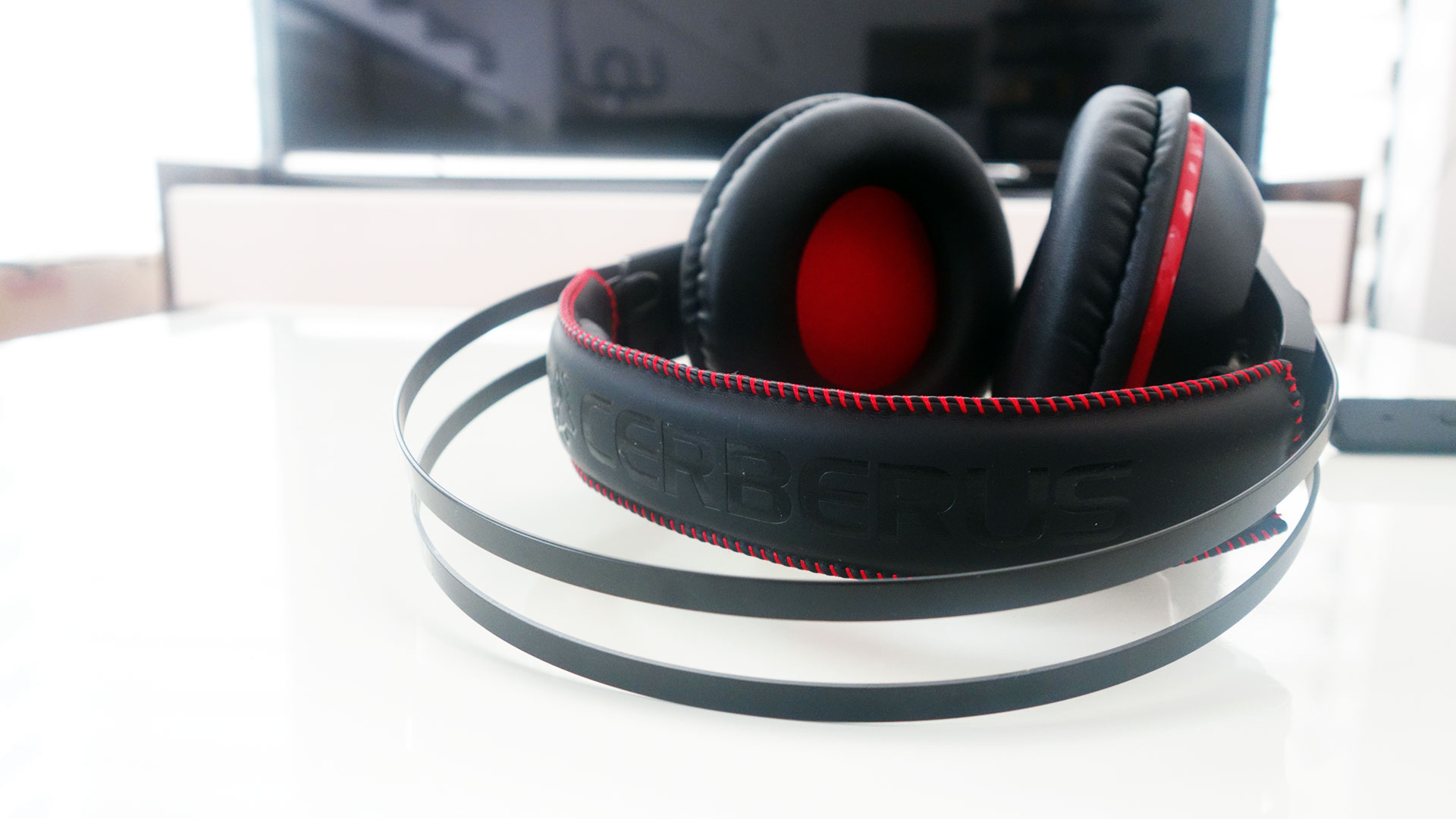 The Cerberus V2 is equipped with a braided cable that terminates into a single 3.5mm four-pole TRRS connector, making the headset compatible with mobile devices such as smartphones and tablets as well as certain laptops with combo jacks. Those who want to use it with computers or laptops with separate audio out and microphone jacks can use the included braided splitter cable that’s pretty long.

The combination of the larger ear cushions, new suspension band, and the addition of padding on the headband makes wearing the Cerberus V2 pretty comfortable even after long hours of use. Neither the weight and clamping force of the Cerberus V2 were overbearing and could barely be felt although the experience may be different for those wearing glasses due to the headset’s larger ear cushions. 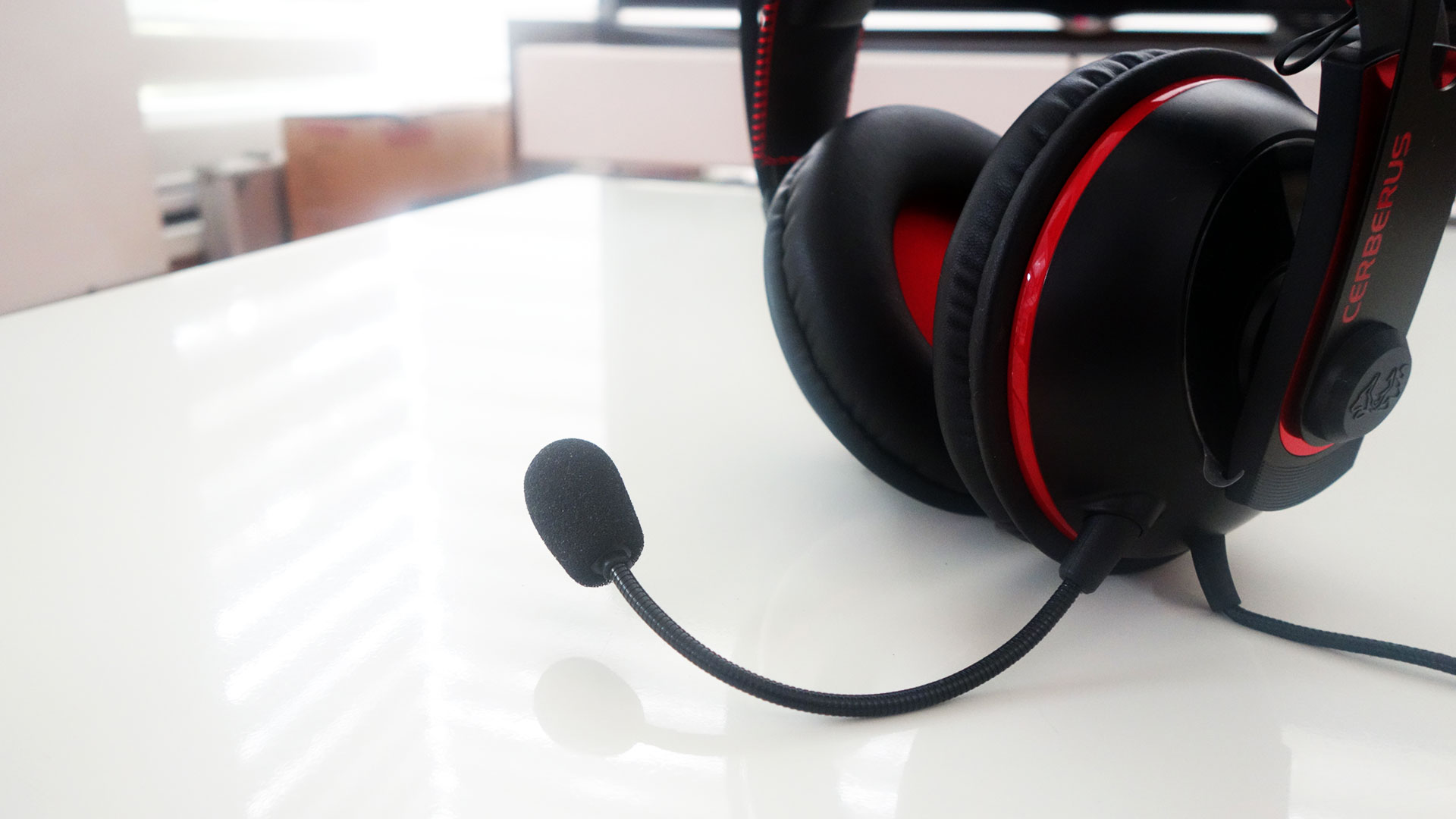 The boom microphone attaches to the headset via a standard 3.5mm jack that plugs into a D-shaped hole to both secure it in place and prevent users from plugging in other microphones, which is a bit of a letdown. The D-shaped hole is a bit too subtle though, which makes it easy to push in the plug the wrong way and get it stuck so a bit of care must be taken when plugging the microphone in.

The in-line microphone, which was meant to be used when the headset is used with a smartphone or other mobile device, isn’t any better and is really only usable for phone conversations and with voice command apps or services like Google Now or Siri. 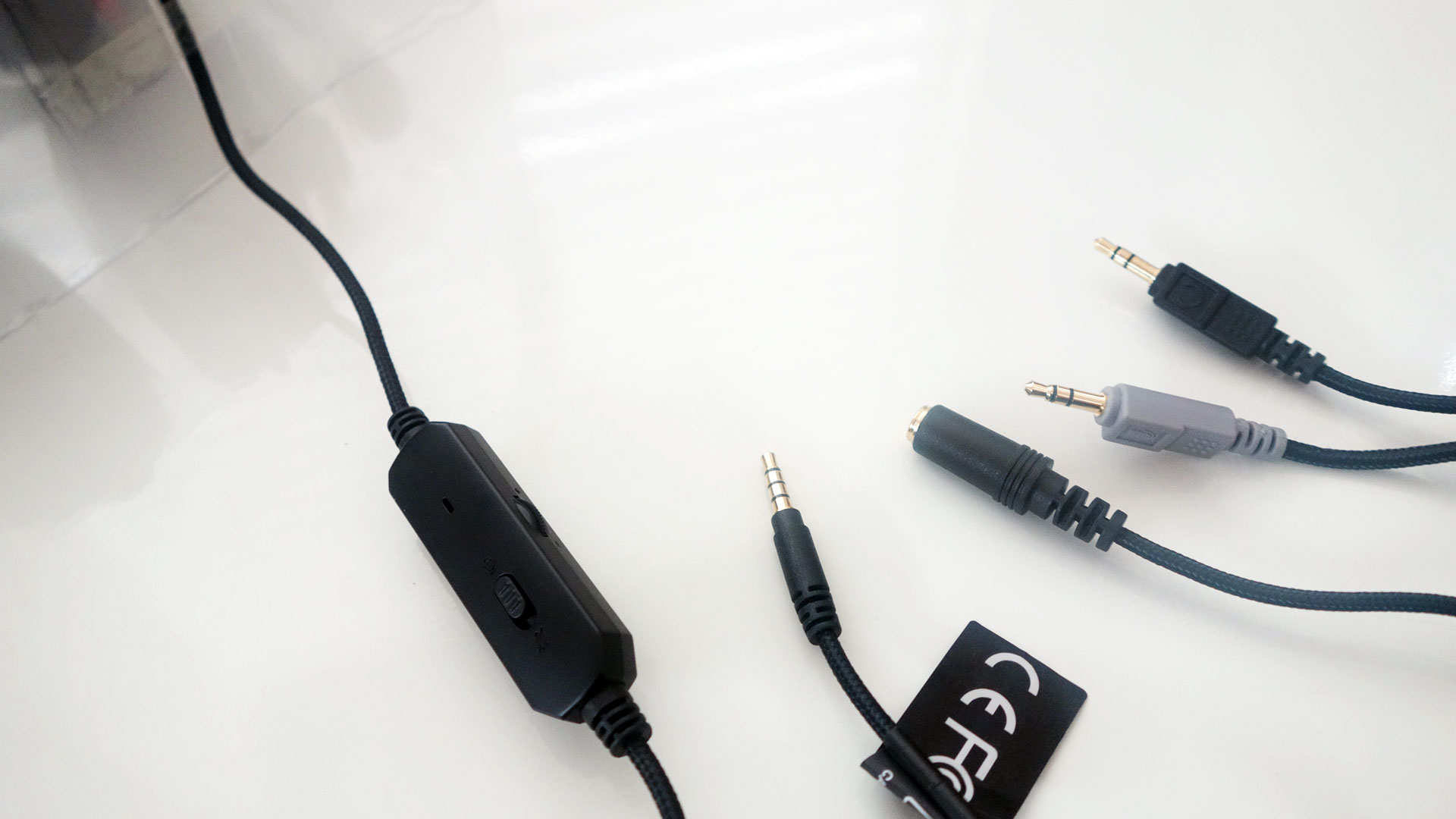 The control module, where the in-line-microphone is found, is placed around a foot down the cable from the headset. It has a volume scroller, a microphone mute switch, and a clip. Given that the Cerberus V2 was meant to also be used with mobile devices, it’s unusual that the control module lacks any controls that would work with a mobile device.

The sound signature of the Cerberus V2 is distinctly bass heavy, something that’s become to be expected of gaming headsets. The Cerberus V2 though goes a bit overboard with how overwhelming its lower frequencies are as they do spill over onto the midrange causing a loss of clarity in those areas. The soundstage and imaging are also a bit underwhelming which could be an issue with some games.

When used to listen to music, the Cerberus V2 is far from natural or neutral sounding, due to its lower-frequency leanings. The headset sounds dark and slightly veiled, making it unsuitable for more subtle music as some to quite a bit of detail is lost. The Cerberus V2 is more suited for tracks that can take advantage of its bass.

The passive sound isolation of the Cerberus V2 isn’t all that great as well. While the ear cushions are comfortable, they’re stiff enough that they don’t form a very tight seal which leads to some sound leakage.

The ASUS Cerberus V2 gaming headset is a significant improvement over its predecessor with its slew of improvements and additions in both design and performance. The Cerberus V2 feels like it was designed to be a headset completely focused on gaming as its primary and, at times, sole purpose. Some of the headset’s features do feel unnecessary, such as its in-line microphone, if its focus on gaming was to be kept consistent and it seems like the headset as a whole would have benefit if they were omitted in exchange for improvements elsewhere (such as the main boom microphone). Nevertheless, the Cerberus V2 is a decent headset for its price, with an SRP of Php2,810.00, and users will definitely appreciate its good build quality, comfortable design, and sound quality for gaming.