Last year ASUS released the first of its new Cerberus line of gaming peripherals which included a keyboard, mouse, and headset (check out our review of the mouse and keyboard here). The line was designed for gamers who wanted to get their hands on their first gaming peripherals without breaking the bank but still getting the security from a tried and tested brand like ASUS. 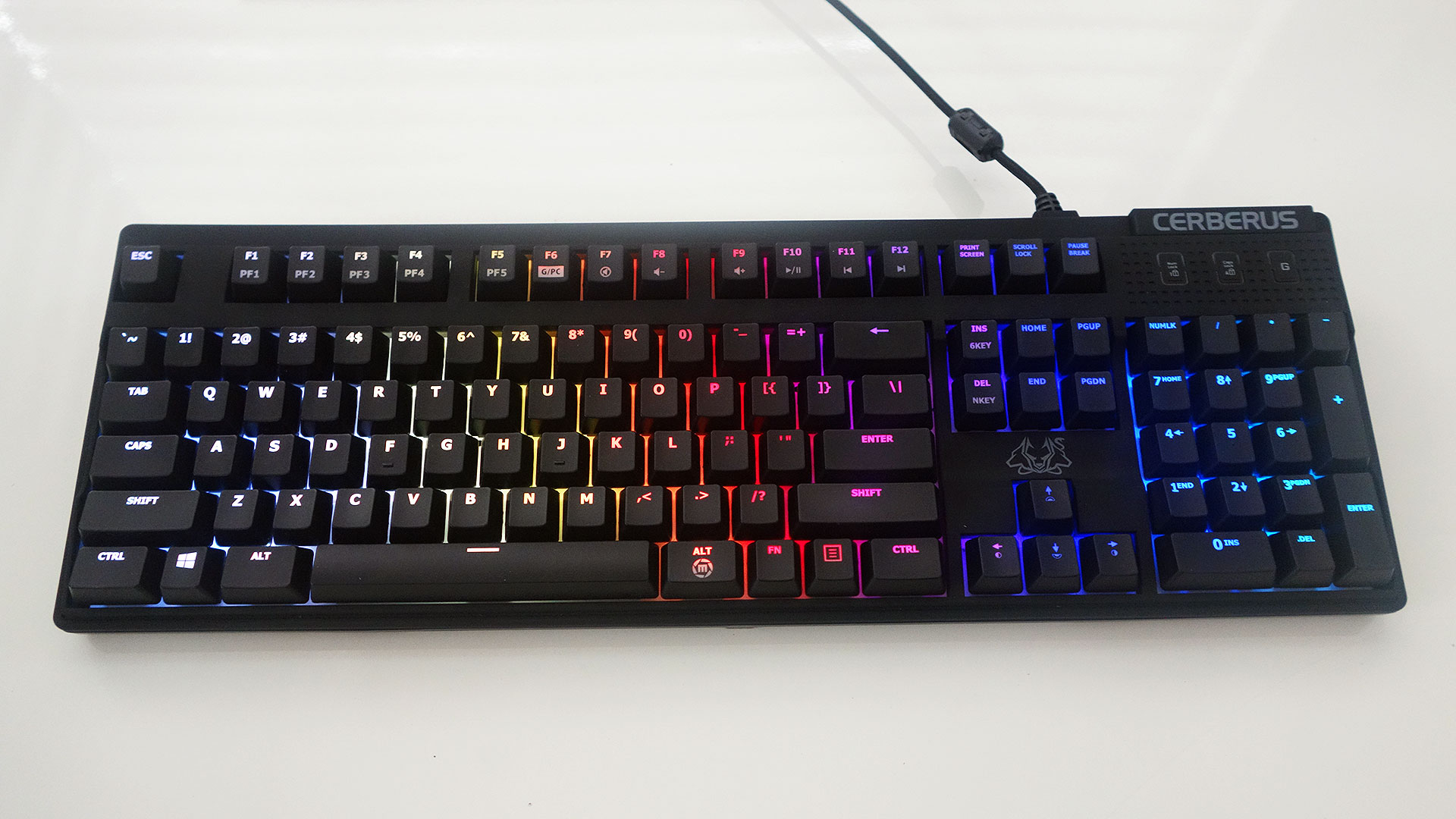 The Cerberus Mech RGB features a pretty simple design with minimal bezels on the bottom and sides that are a bit recessed. Most of the case of the Cerberus Mech RGB comes in a smooth rubber-like texture to give it a softer look and feel. The area around the status LEDs for the Caps Lock, Num Lock, and Game Mode differ though as it features a small grid of dimples to make it stand out.

There’s also a dip or recessed area in the keyboard’s body around the navigation keys area above the arrow keys where the Cerberus logo can also be found. The top bezel is also a bit lower than the main body but features a slightly raised portion for the Cerberus branding. Lastly, the Cerberus Mech RGB comes with a standard USB cable.

The stock keycaps of the Cerberus Mech RGB also come with the same rubber-like texture as the body and the legends are laser etched to allow the per-key backlighting to shine through. The Cerberus Mech RGB comes with extra orange keycaps for the WSAD keys as well as a keycap puller to switch out the caps. Sadly, the stock and extra keycaps all feel and look thin and flimsy.

Under the keycaps are Kaihua Kaihl switches, the same ones that powered Razer’s initial line of keyboards with self-branded mechanical switches. Red, Blue, Brown, and Black variants are available, with Reds being clicky linear switches, Blues are the popular tactile clicky switches, Browns are tactile silent switches, and Blacks are similar to Reds but are heavier.

We had the Blue variant of Cerberus Mech RBG and while the switches featured a satisfying tactile feel and clicky sound, they didn’t feel as solid or durable as their Cherry MX counterparts. There was also a bit of switch wobble which was also disconcerting. Although, as Kaihua Kaihl switches are clones of Cherry MX switches, they’re compatible with many of the available third-party keycaps in the market. 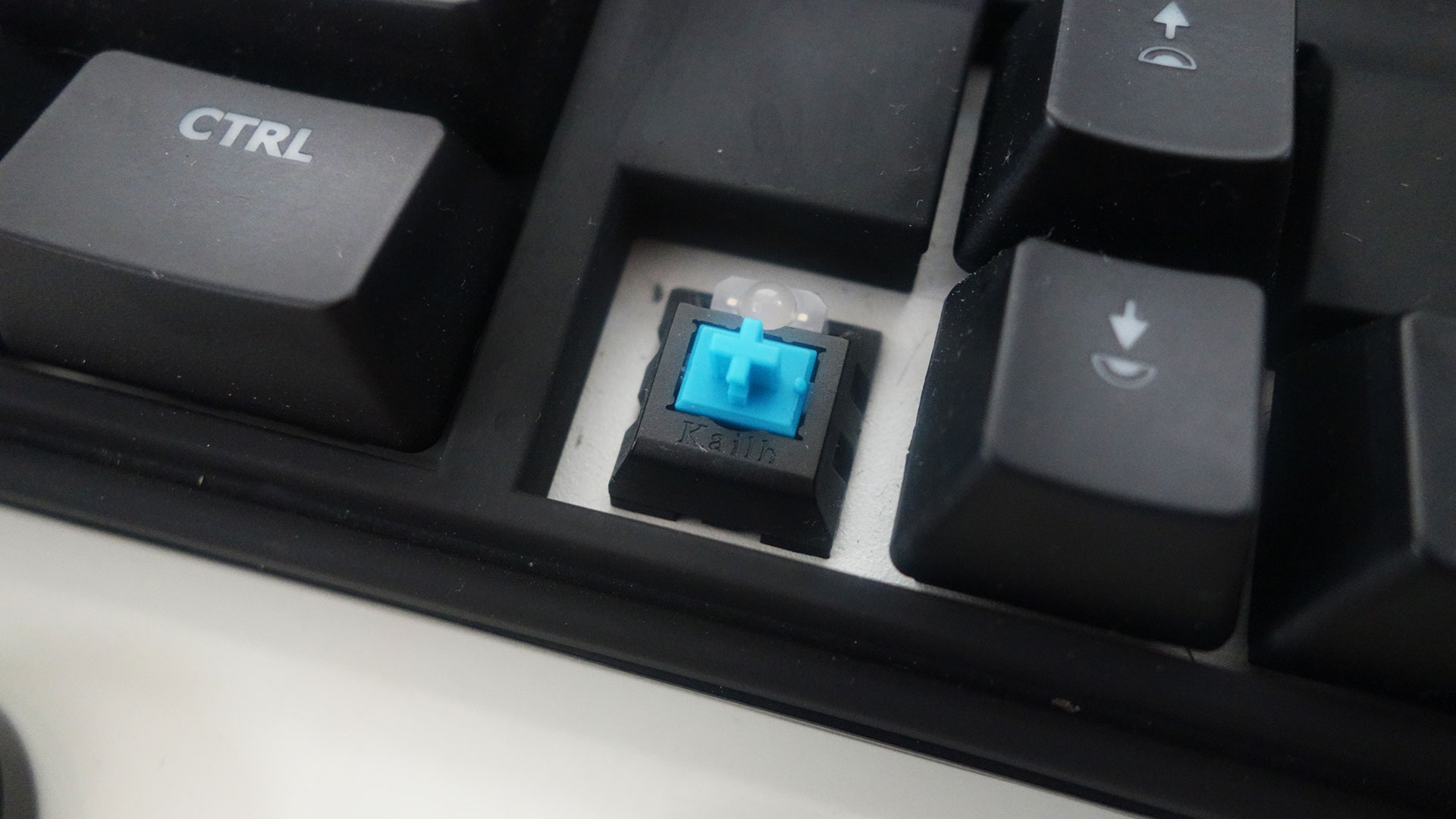 The Cerberus Mech RGB also features a slew of shortcut keys to for on-the-fly usage of some of its many functions including switching of gaming profiles, lighting brightness levels, and lighting modes, as well as on-the-fly macro recording, activating gaming mode, and multimedia controls such as forward, back, play/pause, volume up, and volume down.

The Cerberus Mech RGB’s lighting modes and effects include Static, Breathing, Color Cycle, Reactive, Wave, and Explosion. Users can also make up their own custom effects using the downloadable Cerberus Mech RGB software. There are also five different brightness levels, that can be switched via the aforementioned shortcut keys, from zero to 100.

Aside from macros, users can also set their gaming profiles, custom lighting effects, and other settings in the Cerberus Mech RGB software. All the customizations set in the software can then be saved onto the keyboard’s on-board memory, which makes them all usable on any computer even without the software installed. 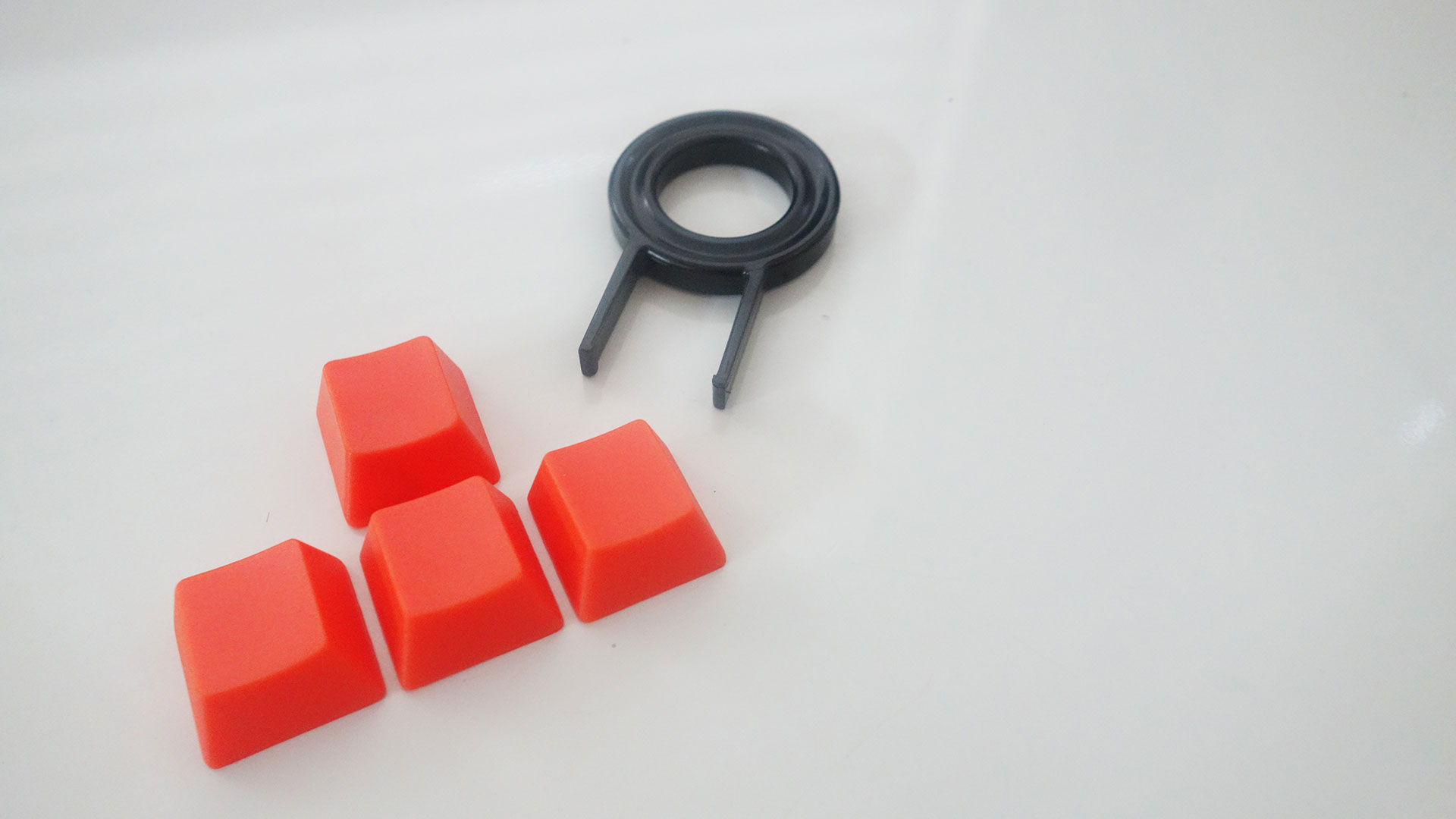 The ASUS Cerberus Mech RGB Mechanical Gaming Keyboard is an interesting entry into the scene that diverges from the previous budget theme of the Cerberus line and gives consumers an option for an RGB-capable mechanical keyboard that comes with quite a large number of great features. The only thing preventing the Cerberus Mech RGB from being a top-notch choice is its Kaihua Kaihl switches that may be a deal breaker for quite a number of people who expect Cherry MX switches from a keyboard this price range. For those who are willing and open to try out other switches though, the ASUS Cerberus Mech RGB is definitely a decent choice.