While the first generation of Ryzen 7 processors were available in three models, AMD has decided to only release two variants with this new generation of chips, the 2700 and 2700X, with the latter being the top-end model of the series and the successor to last year’s 1800X. On the surface, the 2700X features faster base and boost clock speeds as well as a higher TDP. The 2700X now features a base and boost clock of 3.7GHz and 4.3GHz, respectively, compared to the 3.6GHz and 4GHz of the 1800X.

These changes as well as all the other new features of the 2nd generation Ryzen processors are due to AMD’s new Zen+ microarchitecture. Built on a new 12nm manufacturing process as opposed to the 14nm process used for the first generation Ryzen chips, the new process has allowed the new chips to achieve better performance at the same power draw. It has also allowed AMD to drop the prices of the new processors even further. The Ryzen 1800X launched at an SRP of $499 while the 2700X was priced at $329 at launch. 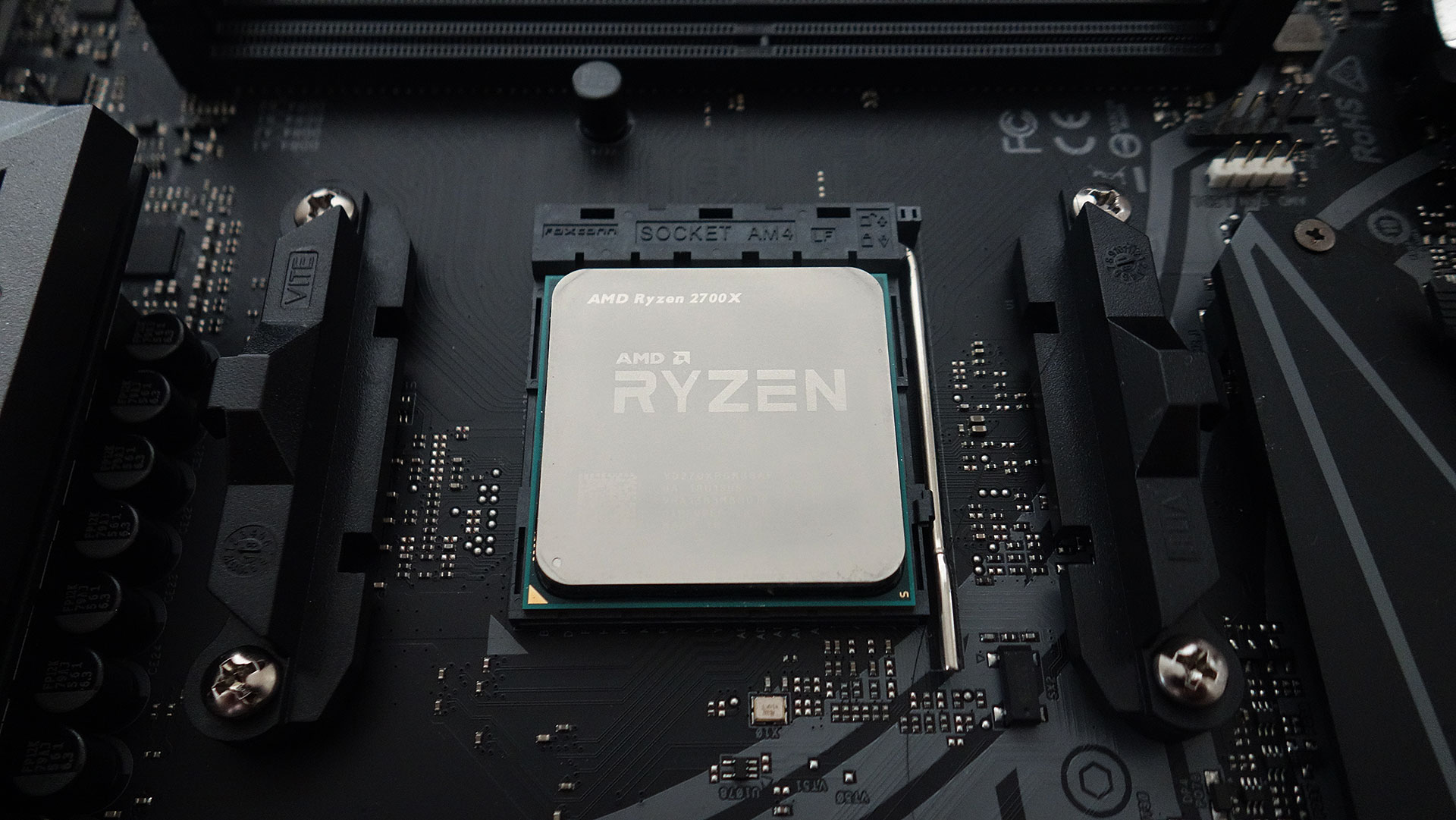 The new chips also come with both Precision Boost 2 and Extended Frequency Range 2, which have received significant updates over their predecessors. According to AMD, Precision Boost 2 boosts cores more dynamically than its predecessor, making for a smoother boost curve. Instead of applying a lower clock speed limit when more than two cores are used, it boosts on as many cores as needed until the listed boost speed limit is reached or until one or several other limiting factors are reached.

As for Extended Frequency Range 2, it allows cores to boost beyond the maximum turbo frequency depending on the core’s current thermal situation up to a stable limit. The combination of Precision Boost 2 and Extended Frequency Range 2 lets the 2700X and the other compatible 2nd gen Ryzen processors to manage boost and overclock rather well, almost eliminating the need for users to manually overclock the processor themselves except for those who are shooting for even higher clocks. 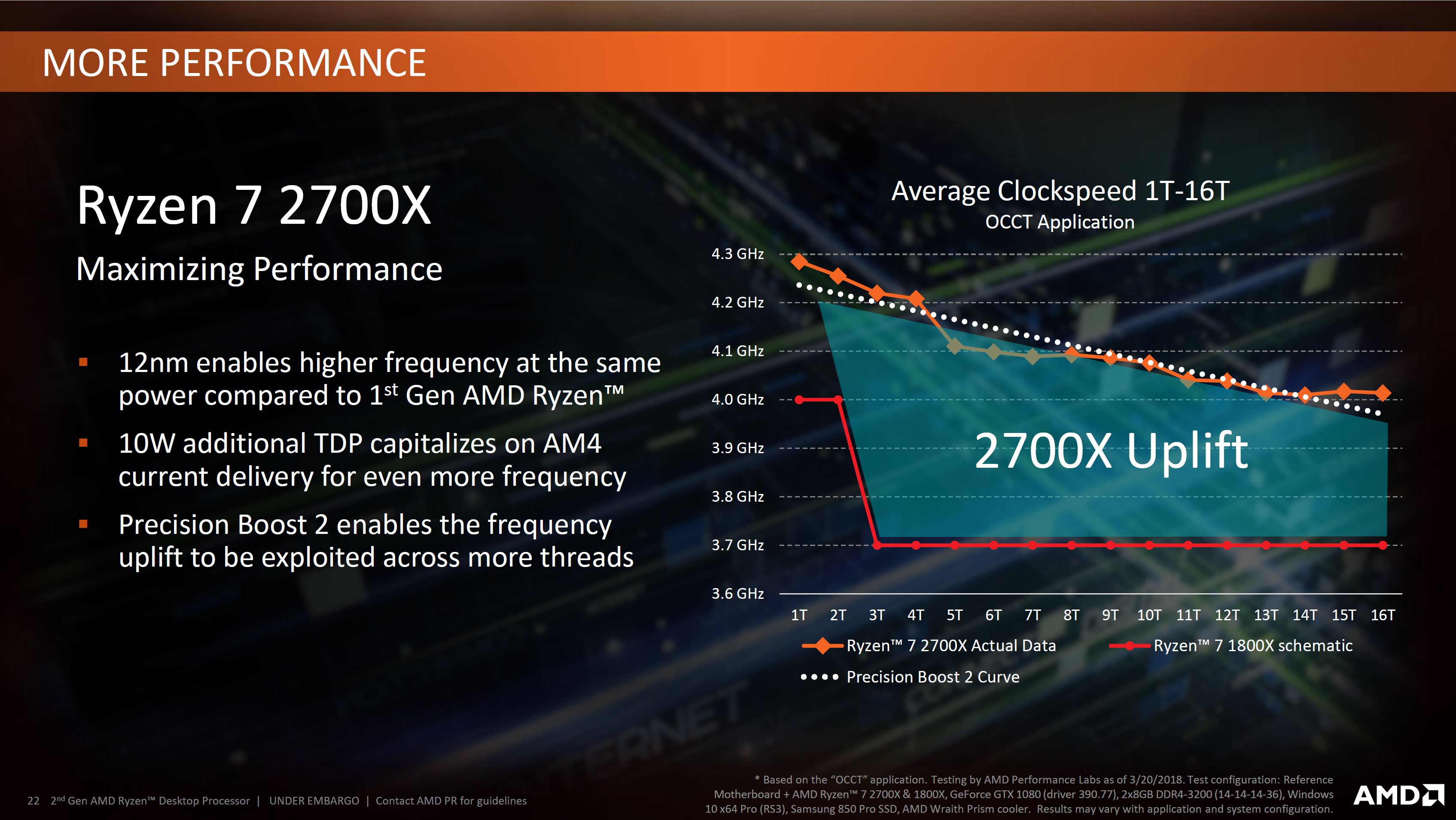 Lastly, Zen+ now comes with a new StoreMI feature which allows users to set up a tiered drive system which combines a larger, slower drive with a smaller and faster one into a single drive. The feature determines which files are accessed the most and places them on the smaller drive. It’s similar to how hybrid or SSHDs work. This gives users who a more accessible or affordable upgrade path for faster storage as they can use StoreMI to tier their current HDD with a smaller SSD to increase their storage performance.

In spite of the lower launch SRP, AMD has added even more value to the 2nd generation Ryzen processors by including one of their new Wraith coolers with all of the new processor models. Specifically, AMD has bundled the 2700X with their new Wraith Prism cooler. The heatsink and fan assembly is currently AMD’s best stock cooler and is also arguably the best stock cooler in the market. It weighs about 580 grams and is equipped with a 135mm fan and RGB lighting on both the fan itself and the fan’s frame. 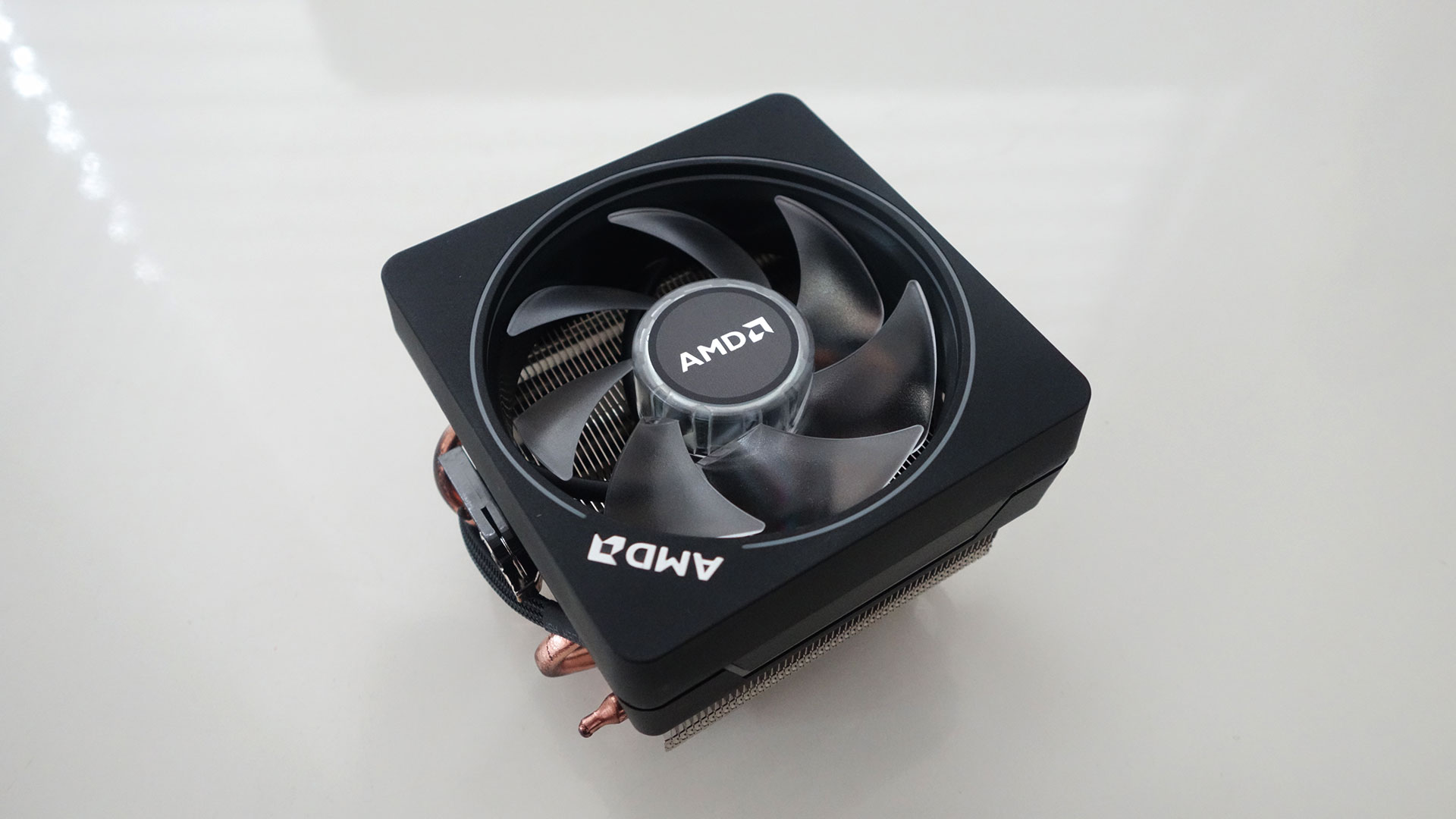 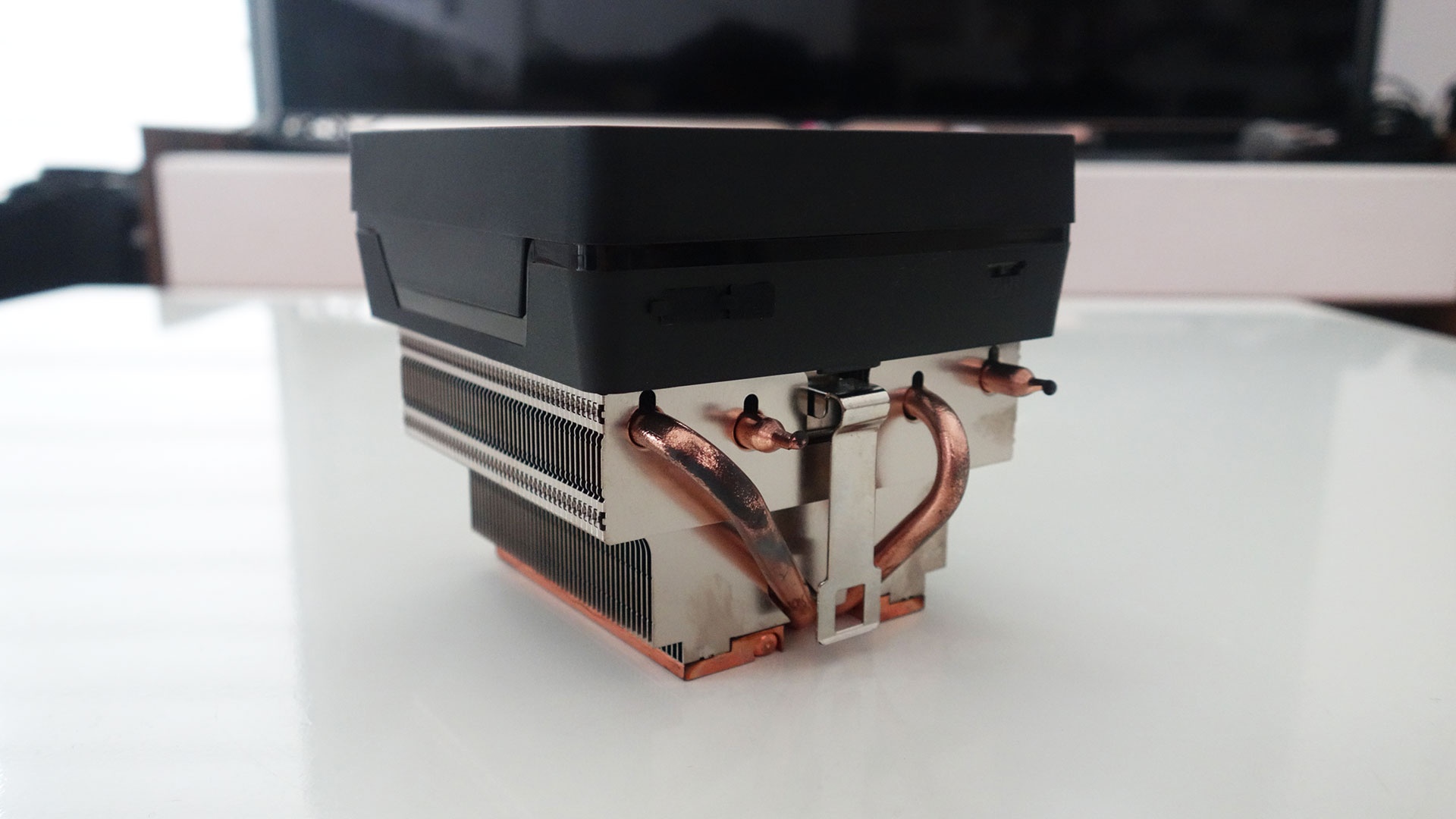 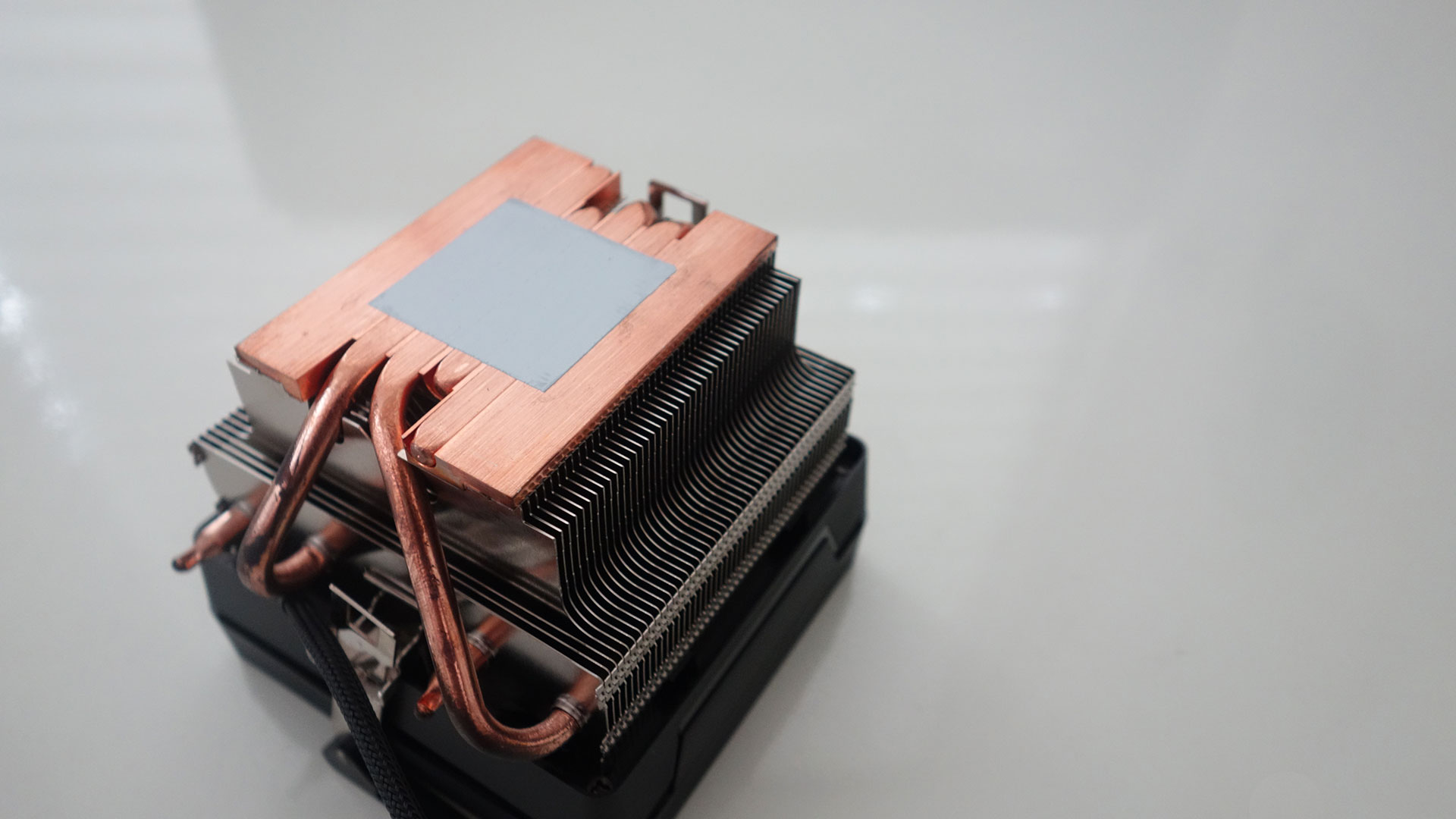 We wanted to test just how big of an improvement AMD was able to achieve with the changes they made with the 2700X over last year’s 1800X as well as the X470 and X370 chipsets by running several synthetic benchmarks and comparing the results. For our tests we used Cinebench, Geekbench, PCMark 10, and the benchmark tool of Ashes of the Singularity set to CPU Focused. Since the 1800X doesn’t come with a stock cooler, we used a third-party cooler for both the chips. Here are our respective test setups as well as the results of our benchmarks: 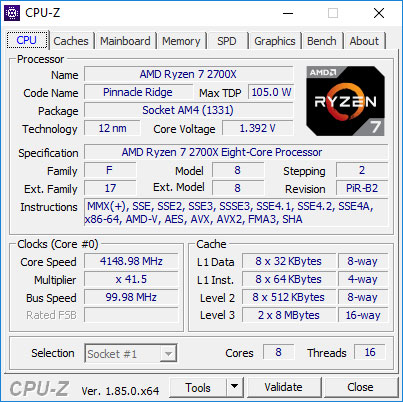 Looking at our benchmark results, AMD was clearly able to achieve an impressive performance increase from the 1800X to the 2700X, in spite the latter not being a complete architectural evolution of its predecessor. The improvements vary depending on the task though, averaging at around 10% across the board but ranging from as large as over 15% and as low as around 3%. Regardless, the 2700X is definitely a big improvement over its predecessor at lower the cost. Temperature-wise, the 2700X runs a bit hotter on load compared to the 1800X.

The Ryzen 2700X is a definite improvement over its predecessor not only in performance but also in value. It’s performance makes it more than suitable for gaming, streaming, and most productivity tasks while the lower price tag along with the inclusion of one of their new Wraith Prism coolers gives the 2700X tremendous value. Its price-performance ratio puts it in a very good position in the market and those looking for a high-end consumer processor without breaking the bank can’t go wrong with the 2700X.