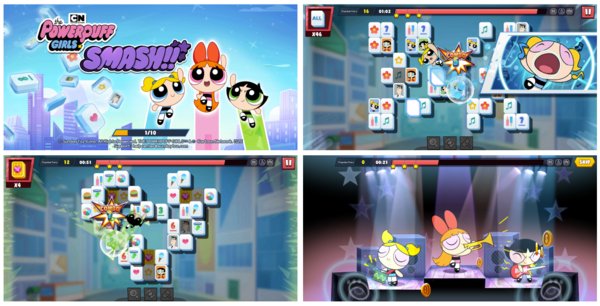 ‘The Powerpuff Girls Smash’ is a Match-2 mobile puzzle game featuring Cartoon Network’s world-famous franchise. Users can choose to play as one of the super-cute/super-fierce crime-fighting trio — ‘Blossom,’ ‘Bubbles,’ or ‘Buttercup’ — and then use Super Power-ups in various missions based on the original animation. They can square up to villains and save the world before bedtime in a unique game that fuses a traditional Match-2 puzzle format with the awesome superhero world of ‘The Powerpuff Girls.’

"Gamers and fans of ‘The Powerpuff Girls’ will love ‘The Powerpuff Girls Smash,’ which will be released in August after the pre-registration," said Shinhyun Kim, the Lead Producer of the game. "There are so many fun things and events prepared for users to look forward to."

Anyone can pre-register for ‘The Powerpuff Girls Smash’ through Google Play and App Store until August 3rd, 2020. All participants will be rewarded with Rubies and various payable items once the game is officially released.

WarnerMedia’s Cartoon Network and SundayToz have partnered before for the upcoming launch of ‘Cartoon Network SundayTown’ and the hit ‘We Bare Bears Match3 Repairs’.

SundayToz is a mobile game developer and publisher recognized for popular mobile puzzle games in Asia including ‘Disney POP Town’ and ‘We Bare Bears Match3 Repairs.’ The company is scheduled to release their first Asia region release for the year with ‘The Powerpuff Girls Smash’ in early August.